Accessibility links
Why Chinese Scientists Are More Worried Than Ever About Bird Flu : Goats and Soda A rapidly evolving strain of bird flu has killed a record number of people this year in China. Scientists are concerned about its potential to spur a global pandemic. 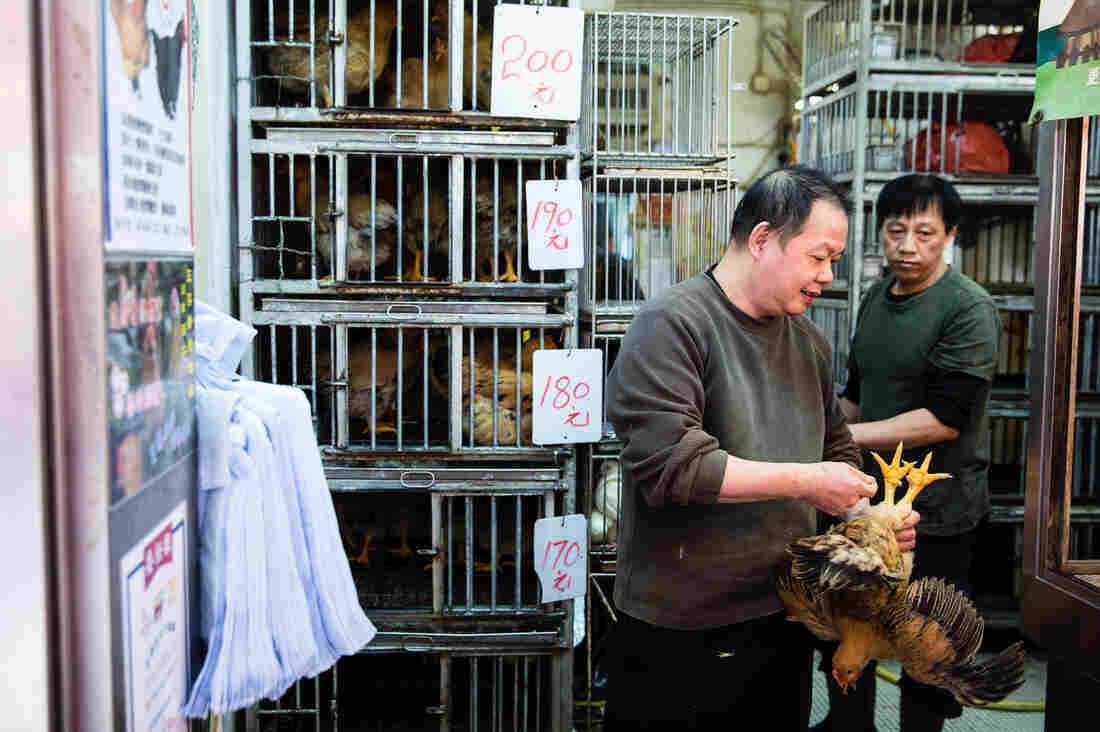 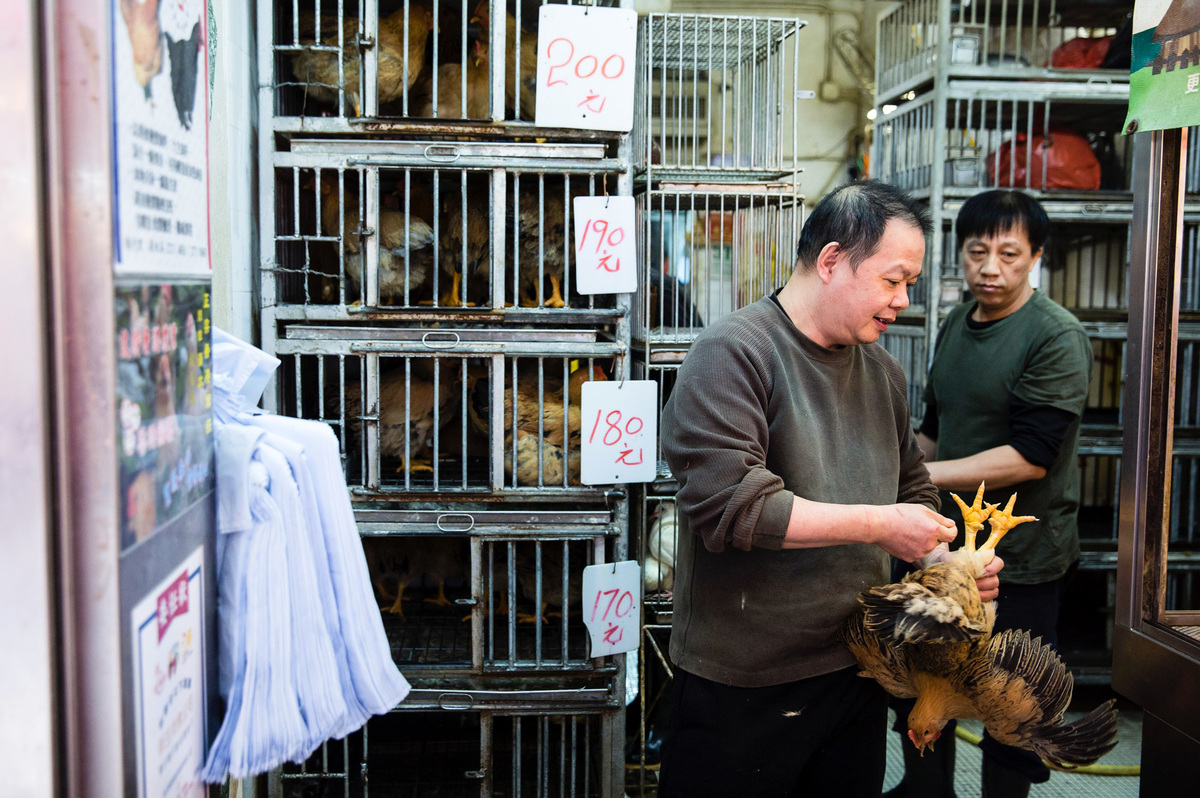 A shop owner holds a live chicken for sale in a Hong Kong market.

At a research lab on top of a forested hill overlooking Hong Kong, scientists are growing viruses. They first drill tiny holes into an egg before inoculating it with avian influenza to observe how the virus behaves.

This lab at Hong Kong University is at the world's forefront of our understanding of H7N9, a deadly strain of the bird flu that has killed more people this season — 162 from September up to March 1 — than in any single season since when it was first discovered in humans four years ago. That worries lab director Guan Yi. But what disturbs him more is how fast this strain is evolving. "We're trying our best, but we still can't control this virus," says Guan. "It's too late for us to eradicate it."

Guan is one of the world's leading virologists. He has held some of the worst in his hands: H1N5, H1N1 and SARS. His work on Severe Acute Respiratory Syndrome, or SARS, in 2003 led to the successful identification of its infectious source from live animal markets and helped China's government control the virus that had killed hundreds, avoiding a second outbreak.

He has now moved on to avian influenza.

Guan's office, which has a view of the lush hills and blue waters of Hong Kong Harbor, is decorated with ceramic figurines of ducks, geese and chickens. His adjacent lab is full of tissue samples of the birds — and of deceased humans — all of whom have perished from H7N9.

The fowl samples — along with live birds — arrive from a network of scientists who, each week, purchase birds at poultry markets throughout southern China. Back in December, Guan and his colleague Zhu Huachen began noticing something strange about them. "Some of the birds ... they will die within a day," says Zhu. 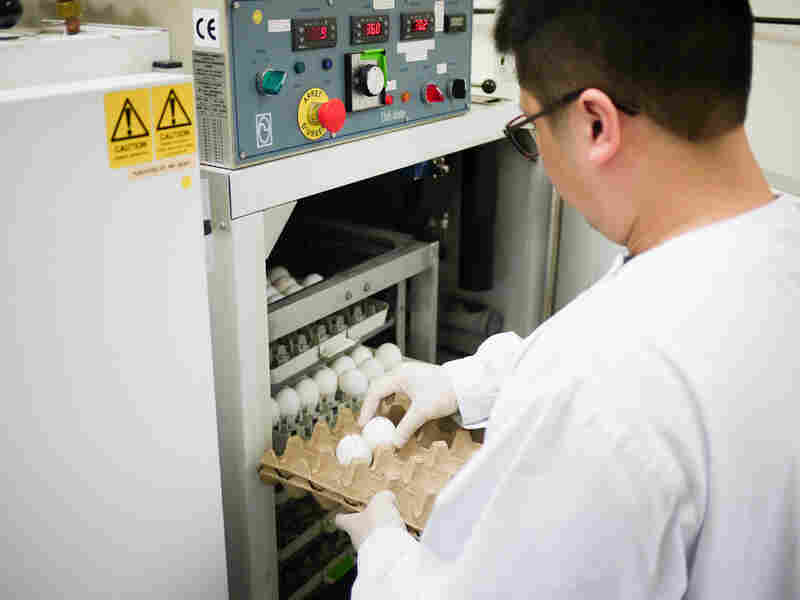 A lab assistant at the University of Hong Kong Center of Influenza Research will inoculate eggs with bird flu to track how the virus behaves. Rob Schmitz/NPR hide caption 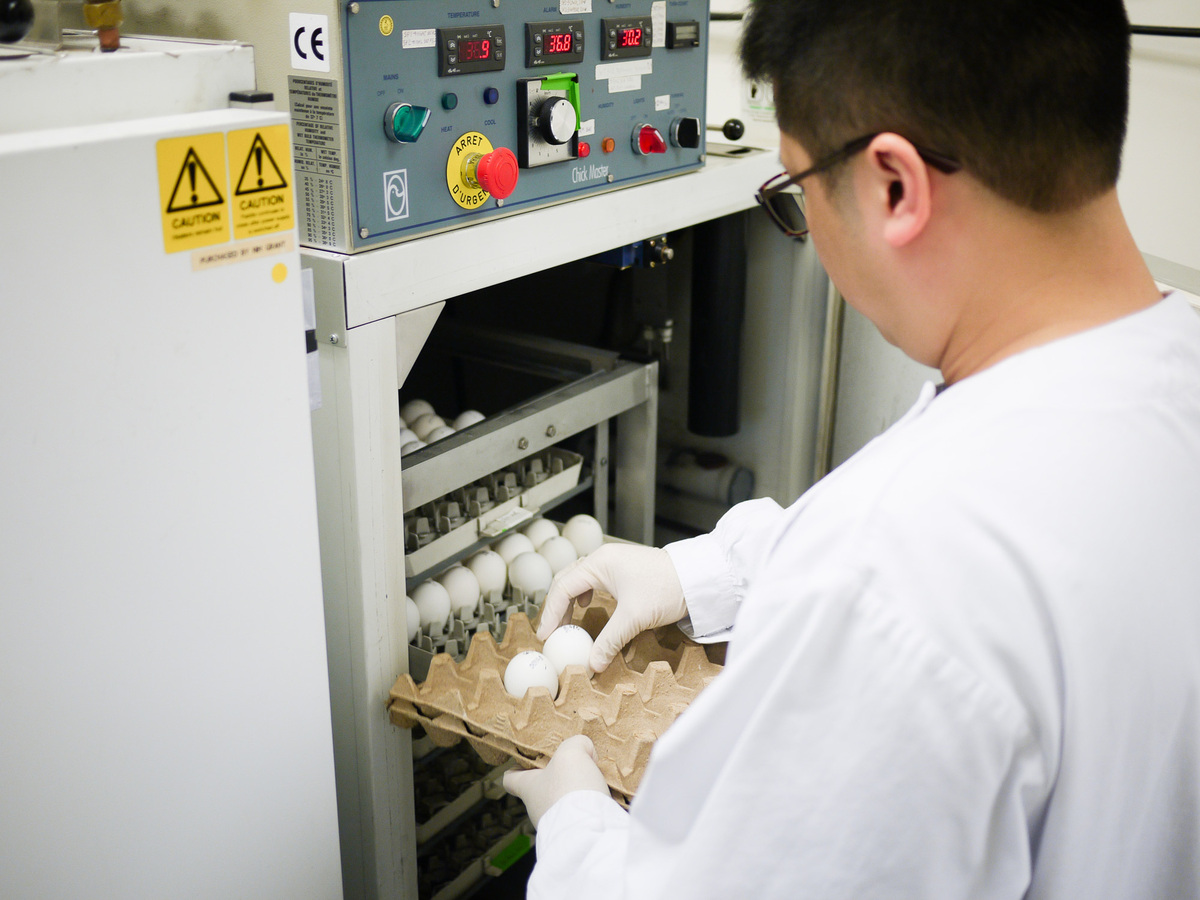 A lab assistant at the University of Hong Kong Center of Influenza Research will inoculate eggs with bird flu to track how the virus behaves.

The birds that were quick to die of H7N9 were all chickens. This was a surprise, because chickens normally live with the virus in what's known as a low pathogenic state — they carry the virus but don't die from it and have a low capacity to spread it. Guan and his team discovered the H7N9 strain had mutated into a new form that kills chickens even more quickly.

"Ten years ago, H7N9 was less lethal," says Guan. "Now it's become deadlier in chickens. Before it barely affected chickens. Now many are dying. Our research shows it can kill all the chickens in our lab within 24 hours. If this latest mutation isn't stopped, more will die."

Guan says this is very bad news for a global poultry industry that's worth hundreds of billions of dollars, and he says China's government is already looking into vaccinating chickens. What worries Guan more, though, is that H7N9 has proved an ability to mutate quickly. There's no evidence that the virus has become more deadly in people. But already, in the rare cases when humans catch it from birds, more than a third of them die.

Currently, the virus hasn't been known to spread easily among humans, but Guan fears a future mutation could. "Based on my 20 years of studying H7N9 — the virus itself as well as how the government handles it — I'm pessimistic," says Guan, shaking his head. "I think this virus poses the greatest threat to humanity than any other in the past 100 years."

Guan's choice of 100 years is deliberate. Next year will mark the 100th anniversary of what was known as the Spanish flu, the most devastating epidemic in recorded history. As World War I drew to a close, the influenza of 1918 killed between 20 million and 50 million people, all dead from a flu that originated in birds. He says it's not a stretch to envision another global pandemic.

"Today, science is more advanced, we have vaccines and it's easy to diagnose," says Guan. "On the other hand, it now takes hours to spread new viruses all over the world." 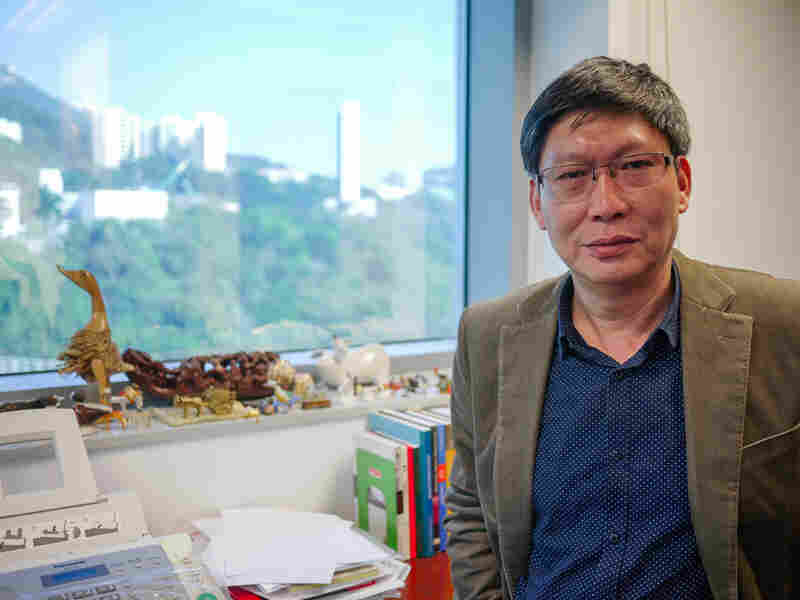 Guan Yi is the director of the State Key Laboratory of Emerging Infectious Diseases and the Center of Influenza Research at the University of Hong Kong. "We are trying our best," he says about efforts to fight avian flu. "But we still can't control this virus." Rob Schmitz/NPR hide caption 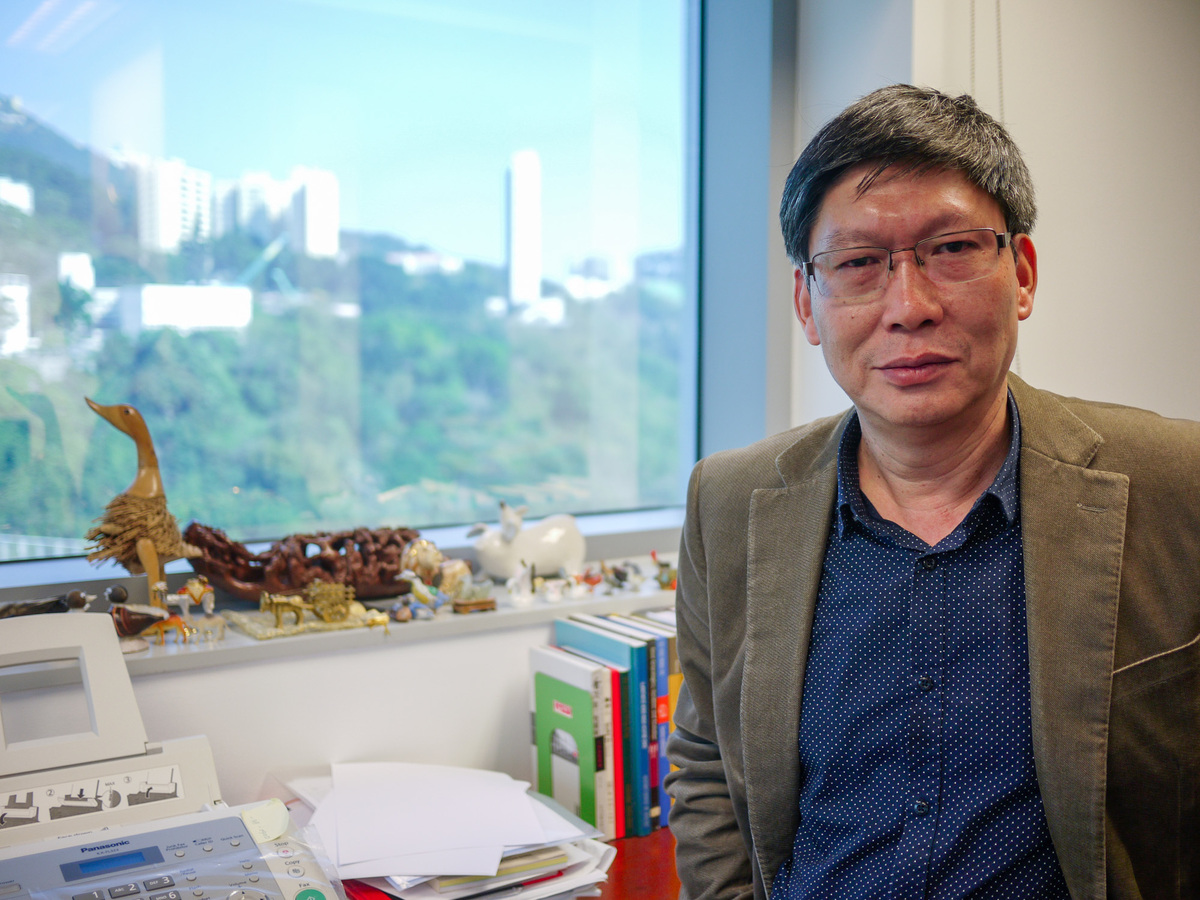 Guan Yi is the director of the State Key Laboratory of Emerging Infectious Diseases and the Center of Influenza Research at the University of Hong Kong. "We are trying our best," he says about efforts to fight avian flu. "But we still can't control this virus."

Keiji Fukuda, former global director of the World Health Organization's Influenza Program, is also concerned. "We are now able to make vaccines and analyze things faster, but at the same time, the movement of people and animals is faster. There's a balance in those things. Some are helpful, some aren't. Everything's moving more quickly, and it's a shifting thing."

Fukuda, who now teaches at Hong Kong University's school of public health, says H7N9's ability to mutate from low pathogenic to highly pathogenic — deadly and infectious — in chickens disturbs him.

"It makes us queasy," Fukuda says. "Because it's a very visible way to see these viruses as restless. Some of these changes are dead-end, but some are not. And this genetic mutation is not. It's becoming more lethal for poultry. For people? We're not sure."

What's worse, says Guan, is that new mutations of the bird flu virus are typically discovered in China, a country with scores of small poultry farms run by farmers who aren't well-educated about the threat of bird flu and who often hide evidence of infected birds to protect their bottom line. "Farmers are scared of losing money. I know how they think — I'm from a rural part of China. And that's why I'm not optimistic about this."

Guan says there are a few encouraging signs.

Big cities like Shanghai have quickly shut down their live poultry markets when human cases are on the rise.

Guan says preventing the next global pandemic will depend on how well the governments of individual countries collaborate. That, he says, is a different challenge altogether.