Accessibility links
#CuriousGoat: Submit A Question About World Hunger And Famine : Goats and Soda More than 20 million people across four countries in Africa and the Middle East are at risk of starvation and famine. NPR is taking your questions on the topic. 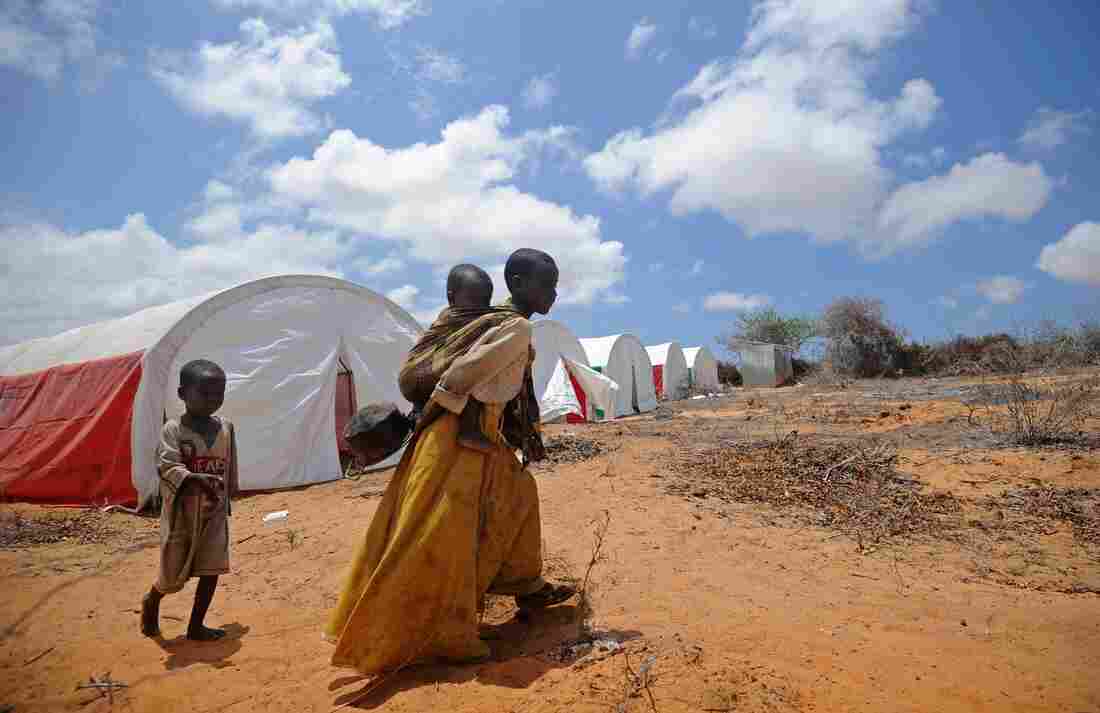 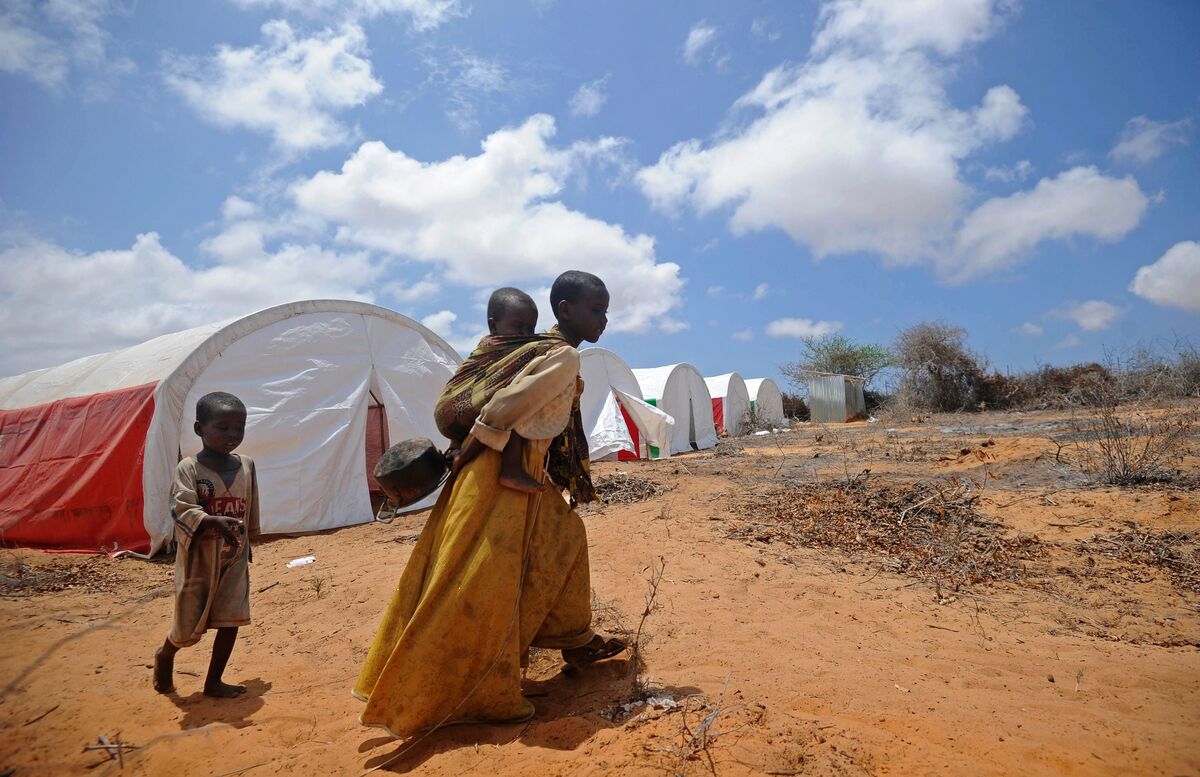 Somali children walk to a food distribution on the outskirts of Mogadishu on April 9.

What do you want to know about world hunger?

Read the response story of our previous #CuriousGoat on climate change here.

One thing we do know is that more than 20 million people are now at risk of starvation and famine. The United Nations is calling it the biggest humanitarian crisis since the U.N. was founded in 1945. Conflict and drought are blamed for the looming crisis in four countries in Africa and the Middle East: Yemen, South Sudan, Somalia and northeast Nigeria.

Our blog has been covering the story. We've looked at who declares a famine and what that actually means. We've reported on a social media star's "crazy idea" to help out. (Basically, persuade Turkish Airlines to lend a cargo plane and fill it with food.) And we've looked at what goes into a food drop from above.

As this crisis continues, we want to ask you: What do you want to know about world hunger and famine? Use the form below to submit your question.

Our submission deadline has passed. Thanks for participating!

You have until Friday, April 28, to submit a question. We'll pick one and publish a story that answers that question next month.