This Ex-Child Soldier Went Undercover To Save The Gorillas

This Ex-Child Soldier Went Undercover To Save The Gorillas 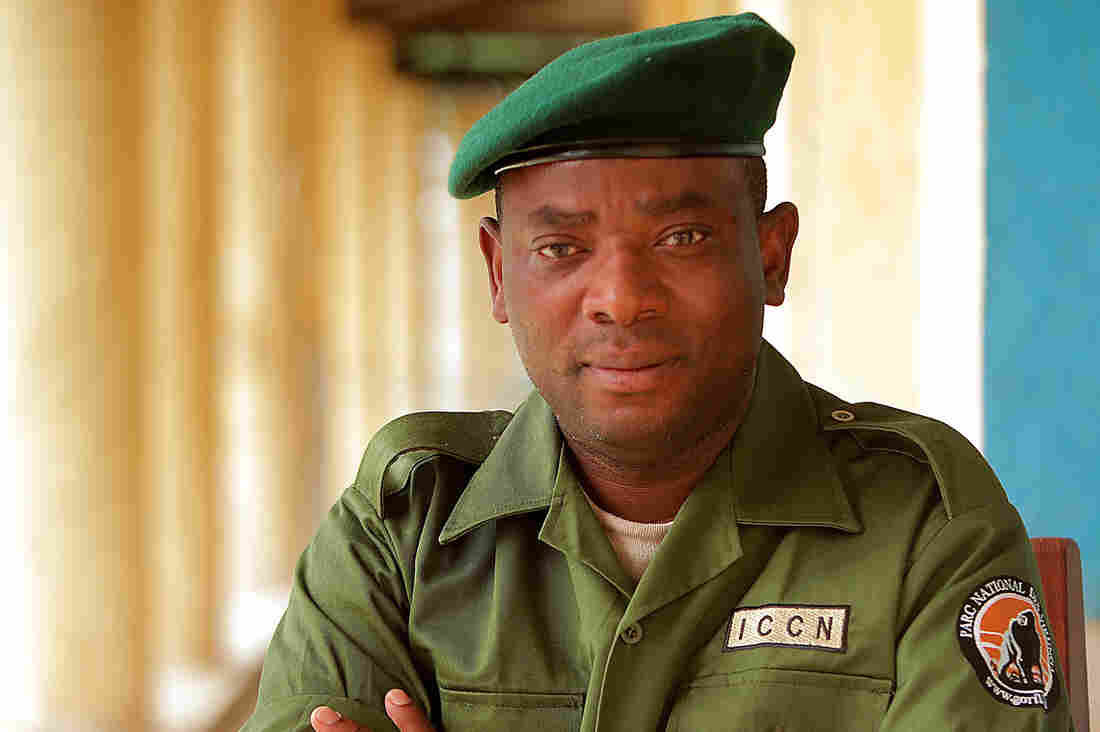 Rodrigue Mugaruka Katembo: "I am scared for my security, but I hope my God will keep protecting me." Courtesy Goldman Environmental Prize hide caption 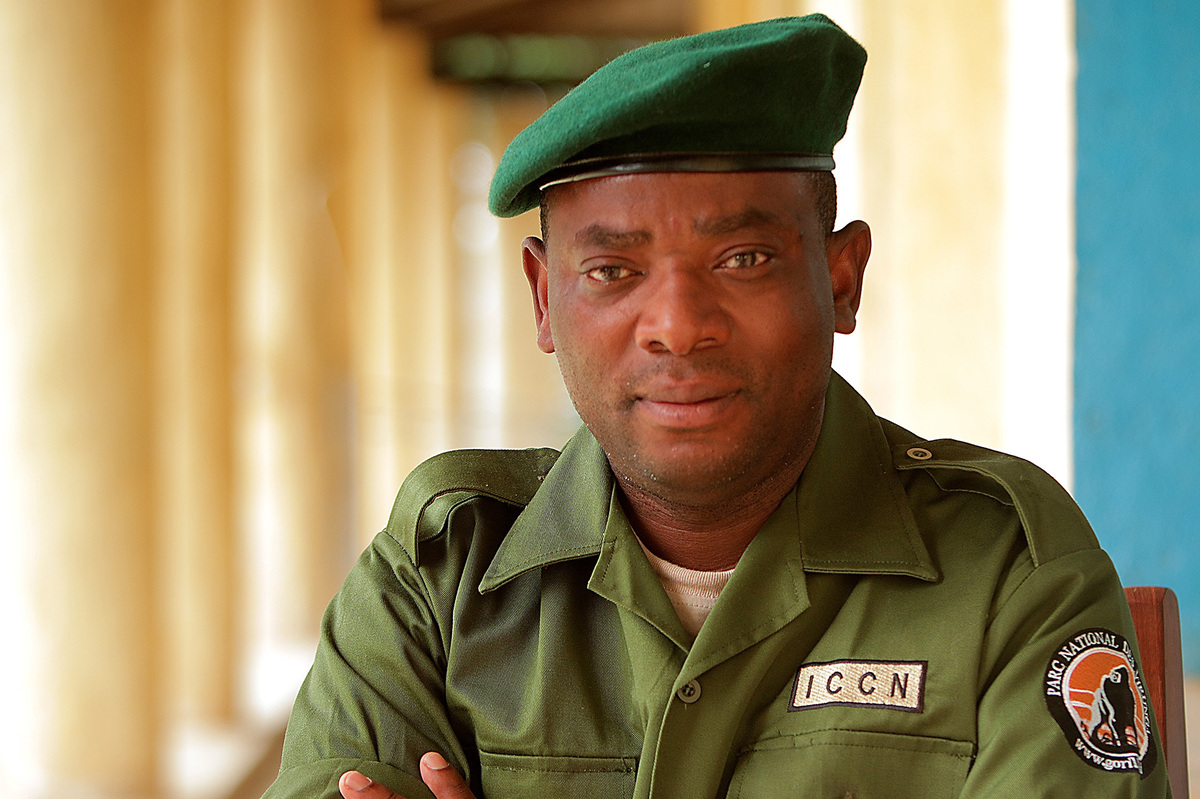 Rodrigue Mugaruka Katembo: "I am scared for my security, but I hope my God will keep protecting me."

The son of Protestant farmers in the Democratic Republic of Congo, Rodrigue Katembo dreamed of one day becoming a pastor. But at 14, he was forced into an armed group. Now 41, he is one of his country's fiercest defenders of wildlife. Katembo has faced illegal charcoal harvesters, armed poachers and multiple militias as a warden within the 3,000 square miles of Virunga National Park, Africa's oldest national park and a UNESCO World Heritage site.

One of his most daunting challenges began in 2010 when British oil company SOCO International was granted an oil exploration permit by the Congolese government in part of the protected area. SOCO's operations threatened the livelihoods of locals and the survival of one of the last populations of critically endangered mountain gorillas, who live in the southern region of the park — estimated at about 480 of the world's remaining 800. 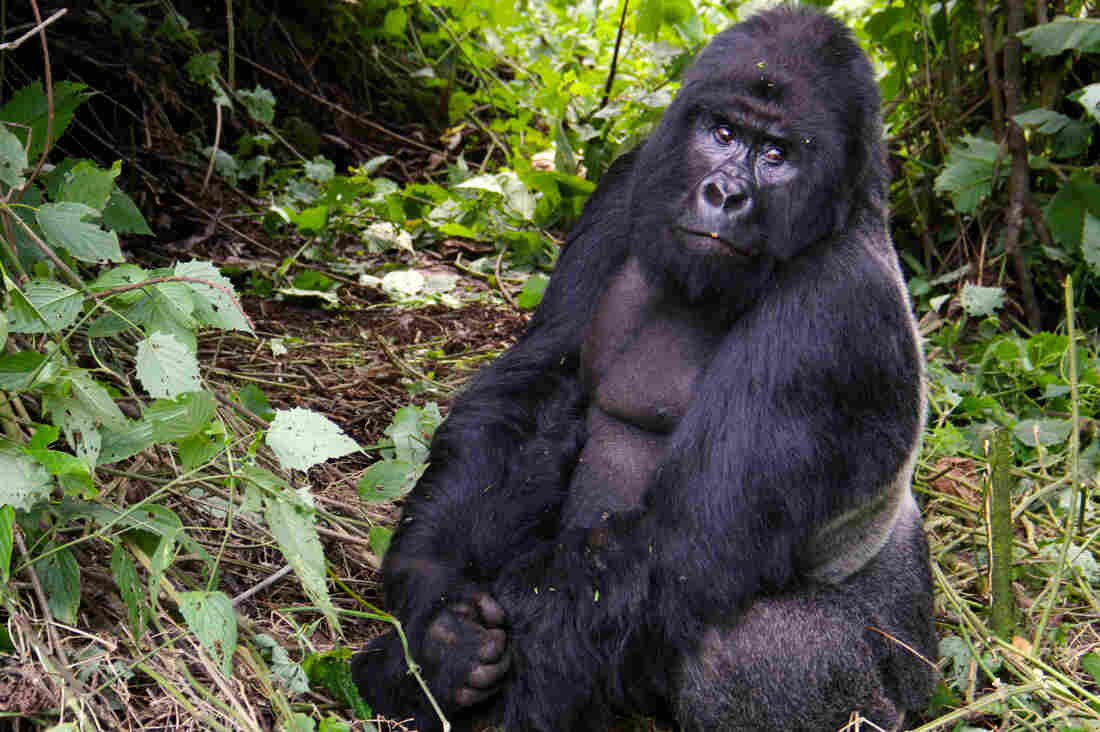 Katembo strapped hidden cameras to his body. Going undercover to meetings, he documented dealings between SOCO agents and Congolese officers (who in one scene offered him a bribe if he would share information with the oil company about the park director's views). The footage, featured in Orlando von Einsiedel's 2014 documentary Virunga, put pressure on SOCO to abandon its oil exploration there.

Katembo's conservation efforts also made him a target of death threats by Congolese authorities, miners and rebels, causing him to transfer to Upemba National Park in southeastern DRC, where he is now director. This spring, he was awarded the Goldman Environmental Prize for his work — one of six honorees. "Rodrigue Katembo put his life on the line to expose corruption that would have destroyed Virunga National Park," says Goldman program officer Myriah Cornwell. Katembo sat down with NPR at the Willard InterContinental in Washington, D.C., after the prize ceremony and talked about pivotal moments in his life.

This interview has been condensed and edited for clarity, with interpreting by Tina Lain for Katembo, who spoke French.

Was nature important to you in your younger years?

From a very young age, I felt linked to nature. Our farm was very close to Kahuzi-Biega National Park. You had a lot of elephants that sometimes came to destroy our agriculture and eat everything. But I was the one from my family that said, "Please don't hurt these creatures, please protect them. They are bigger than us, and they are also a creation of the world."

How did you become a child soldier?

We were going on holidays to Goma [a city in eastern DRC] and one friend who has passed away since then was used to bring us into the armed group. They told us we were going to study in Europe at very good universities, and they took us and put us into an armed group. We witnessed many things that happened, and we also had to participate in many things in the life of an armed group. I don't like to come back to this period of my life.

Did the experience ultimately give you skills that helped you to defend Virunga National Park?

Yes, certainly. I had a basic military training; I had some officers' training. I also had intelligence training. So all these skills did help me to have a quick understanding of the situation around protected areas and combating armed groups within protected areas. And it also helped me to train my rangers against the threats within these protected areas. So conservation has helped me to reshape my past. 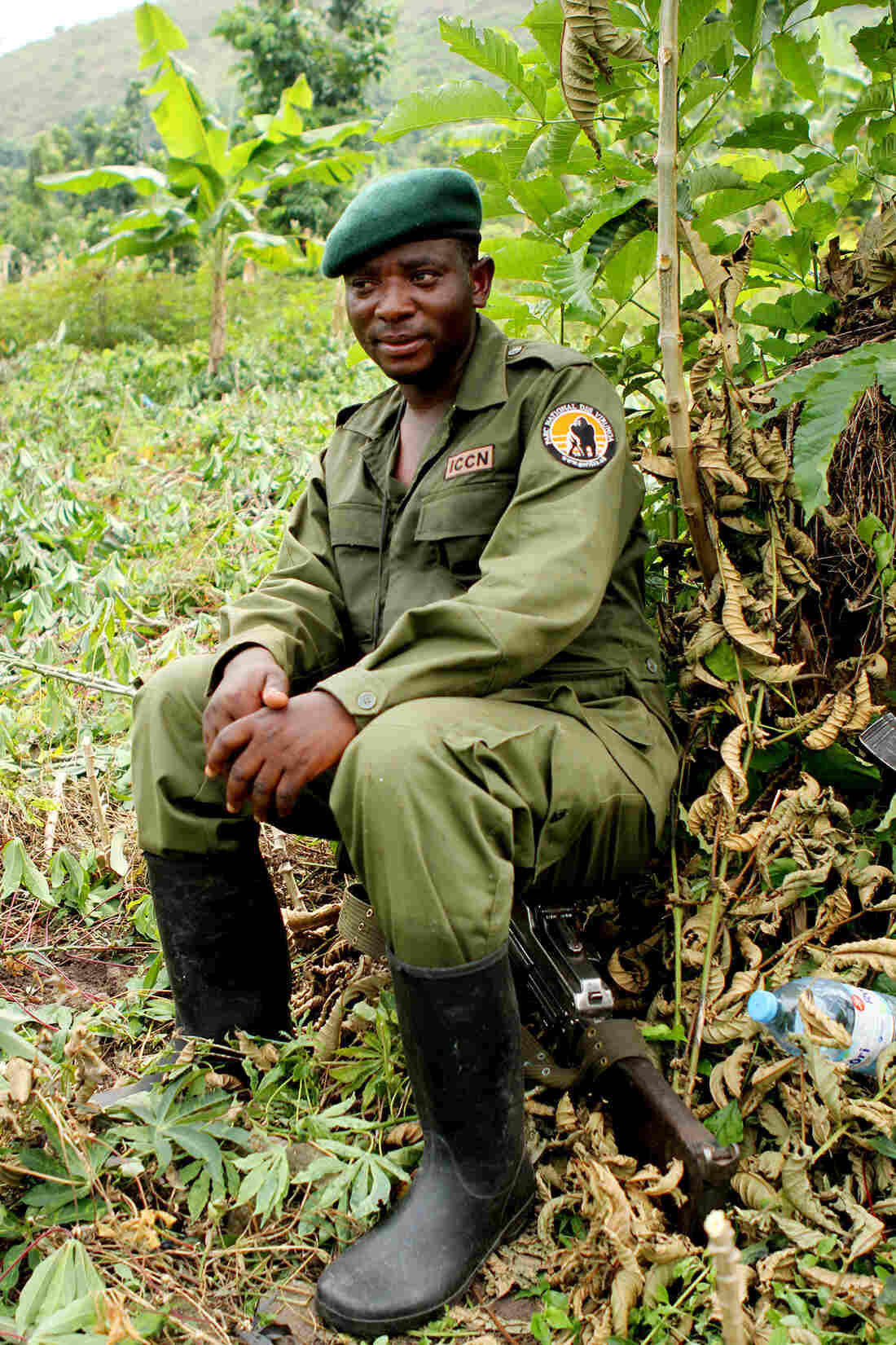 When the oil company started with seismic activities [surveys using sound waves to locate oil reserves], it had an impact on all the life in Lake Edward. Hippos were affected; fish and also birds died during these activities. If that had been pursued, it could have had a huge economic impact on the three legal fisheries of this lake and the people depending on them. It also could have impacted the tourism potential of the park, and the revenues that communities can get. The same goes for poaching. It is only going to benefit a few.

Tell me about a special moment you had with wildlife in Virunga National Park.

We had a special relationship with one elephant that was living between the forest and the ranger station. Every time we came back from the forest, he was there greeting us.

That elephant helped us control some of the vehicles coming from the north of the park. He would take the packages from the trucks and throw them on the ground and then look for the bush meat.

Right. Many times this bush meat was hidden in bags of manioc [starchy tubers], so he would call other elephants and they would all come to eat [the tubers]. This helped us to combat bush meat trafficking.

In 2013, you were arrested by Congolese soldiers and intelligence officials for your efforts to defend Virunga and tortured for 17 days. What got you through that time?

What does it feel like to receive death threats from poachers, rebels and officials supporting oil development? Do you fear for your safety?

It is quite a long journey from dreaming of being a pastor.

Sasha Ingber is a multimedia journalist who covers science, culture and foreign affairs for such publications as National Geographic and Smithsonian. Contact her @SashaIngber