Accessibility links
Opinion: Why I Think The Manchester Attack Was Aimed At Women And Girls : Goats and Soda An attack like this scares women into submission, says ElsaMarie D'Silva, who works to stop street harassment in India. 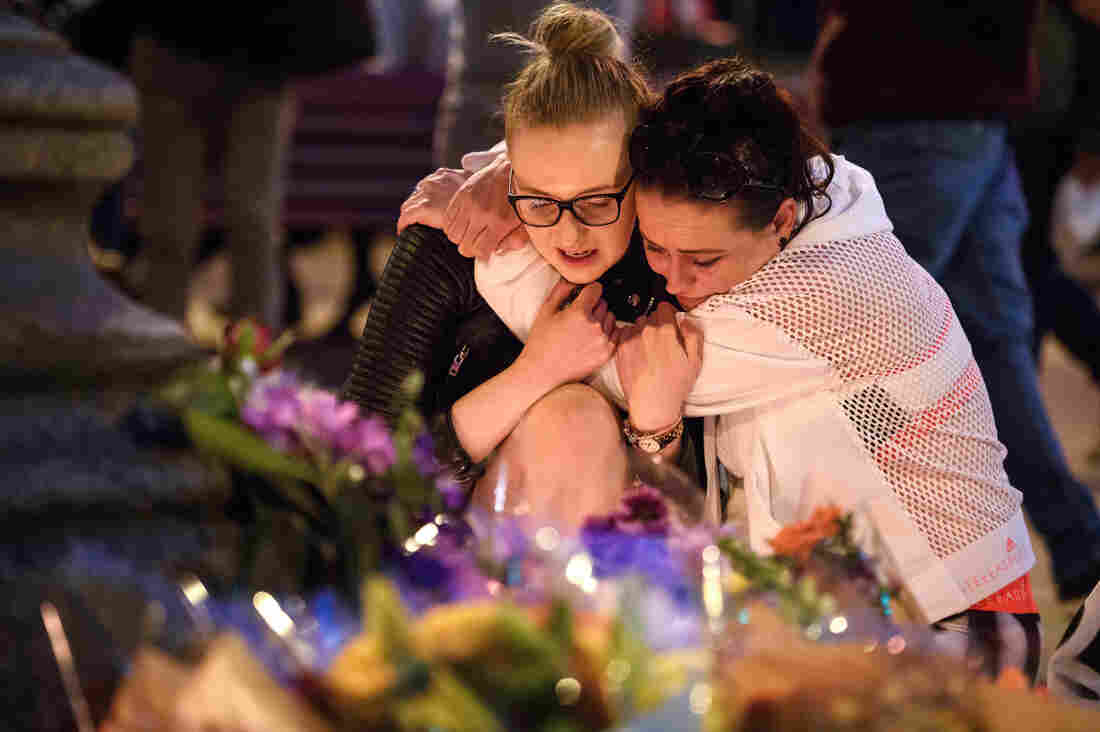 A scene from a vigil outside the Town Hall in Manchester, England, on May 23. Leon Neal/Getty Images hide caption 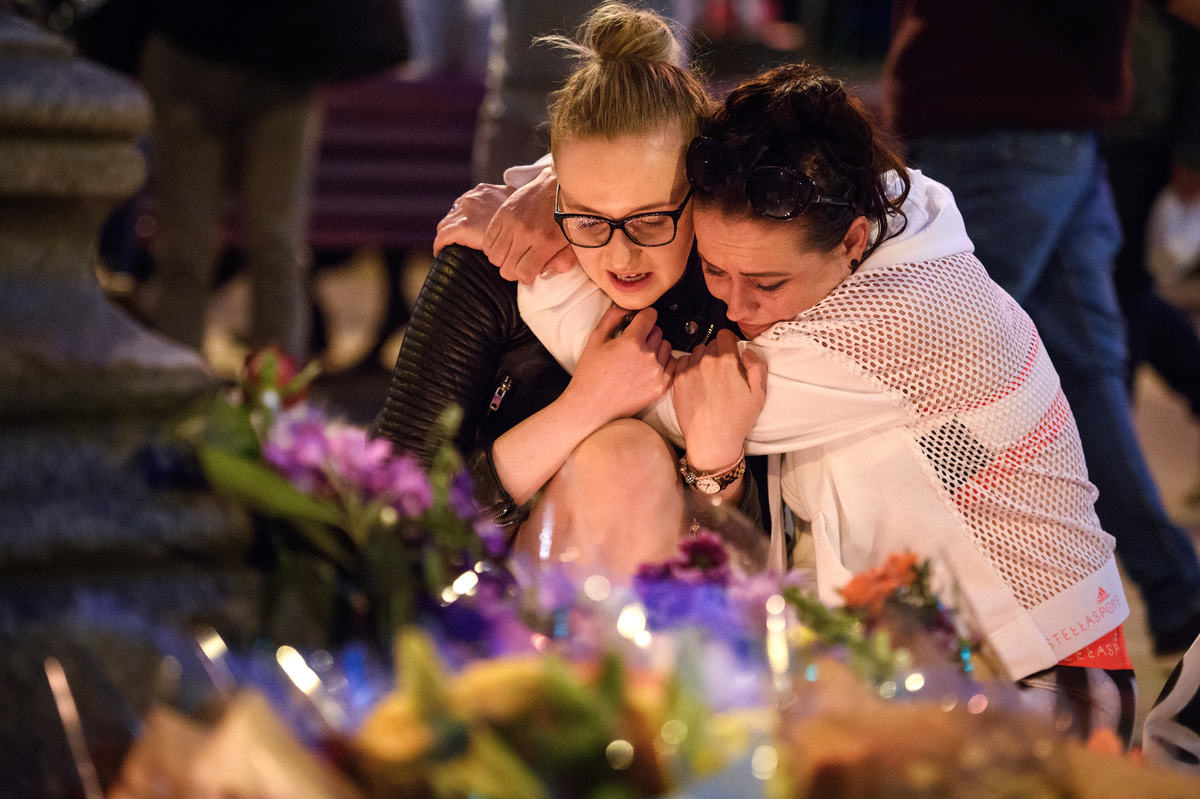 A scene from a vigil outside the Town Hall in Manchester, England, on May 23.

Early Tuesday morning I awoke to the horrific news of the Manchester terror attack. A suspected suicide bomber killed at least 22 people and injured dozens more at an Ariana Grande concert.

I must admit that I don't know Ariana Grande or her music, but since then I have learned that she has a large fan base of female teens and tweens. So I now wonder: Was this attack a deliberate attempt to silence those young women and girls enjoying themselves at a concert?

I'm not the only one to have that thought. In an essay at Slate on the Manchester terrorist act, Christina Cauterucci wrote: "These girls are survivors of an orchestrated attack on girls and girlhood, a massive act of gender-based violence."

I can empathize with the survivors of this incident. When I was 13. I was groped on a public train. For years I was afraid to take the train. The experience was not as dramatic as being at a concert when a bomb goes off, killing and injuring dozens of people. But what we all have in common is that we have been the target of an assault simply for being female in a public space.

In India, where I live, a woman's place is considered to be at home. She is not supposed to be "loitering" or enjoying herself in a public space. When she does, some men feel it is their responsibility to show her this is not her place and to punish her for being there and not at home.

And sometimes the men who want to punish women for defying the norms resort to murderous tactics. In 2012, a young woman was gang raped on a bus in Delhi and died from her injuries. Last month assailants abducted, raped and murdered a young woman going to work in Rohtak, Haryana.

The number of rapes alone in India is shocking: the National Crime Records Bureau reported 34,651 cases in 2015, and the number could be far higher because sex crimes are not always reported.

Even women in power have blamed the victim. Politician Asha Mirje, a member of the Maharashtra State Women's commission, asked about the Delhi rape victim: "Did [she] really have to go watch a movie at 11 in the night with her friend?"

So we in India know what it's like to be attacked simply for being female and audacious enough to leave the house without a man by our side. I run a nonprofit organization that works on raising awareness about sexual violence in public spaces. We encourage people to share their personal experiences of such violence anonymously on our crowd map called Safecity. These stories are then compiled by location and mapped.

The thousands of reports on Safecity bring home the fact that women and girls are targeted on the streets, in public transport, on their way to school and even at work. No wonder then, to protect themselves, women and girls find ways to adjust their behavior, modify their routes and restrict their choices.

So women are scared into submission. And that is the goal of any terror attack.

What I would say to the girls and young women who survived the Manchester attack is: Yes, there are times you will be afraid, but talking about it really helps. Lean on those who understand what you've been through. Support each other. I know that has helped me. And I have seen how the simple act of speaking helps so many of the women and girls who share their stories with me.

You are not alone.

ElsaMarie D'Silva is the managing director and co-founder of Safecity, a website where people can report sexual harassment in public spaces in India. She is a 2015 Aspen Institute New Voices Fellow.