Accessibility links
Why Do So Many People Get Bitten By Monkeys? : Goats and Soda You might think a monkey is making a friendly face. The monkey, however, might have a very different message in mind.

When A Kiss Is Not A Kiss: Why So Many People Get Bitten By Monkeys

When A Kiss Is Not A Kiss: Why So Many People Get Bitten By Monkeys 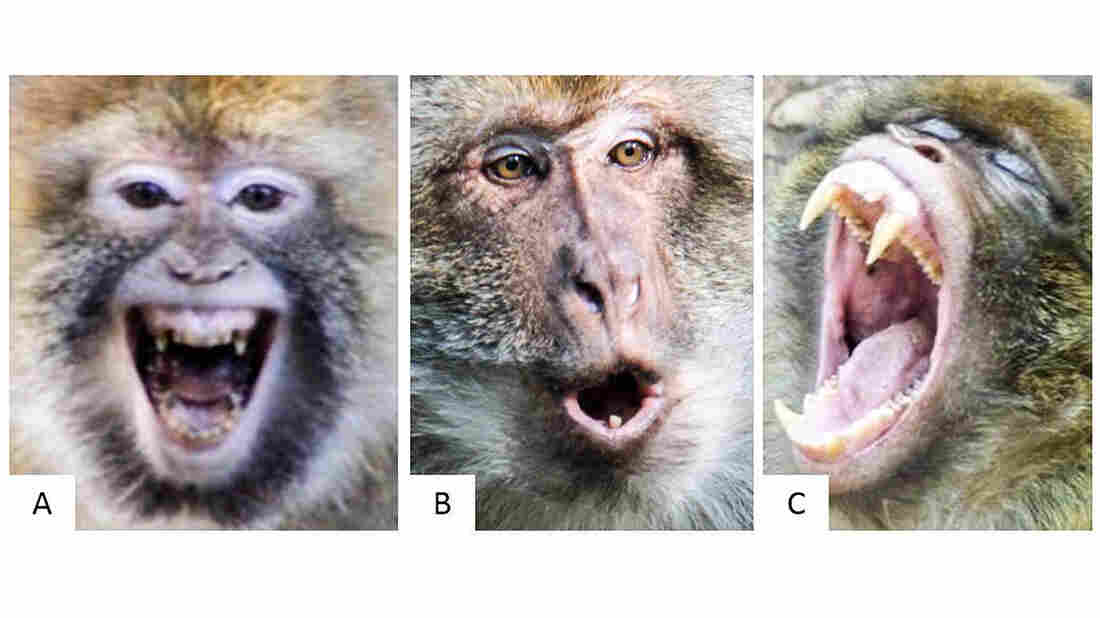 Never take Barbary macaques — or any nonhuman primate for that matter — at face value. That "smile" does not mean what you think it does. Laetitia Marechal (A,C) and Julia Fischer (B)/Courtesy of University of Lincoln/PeerJ hide caption 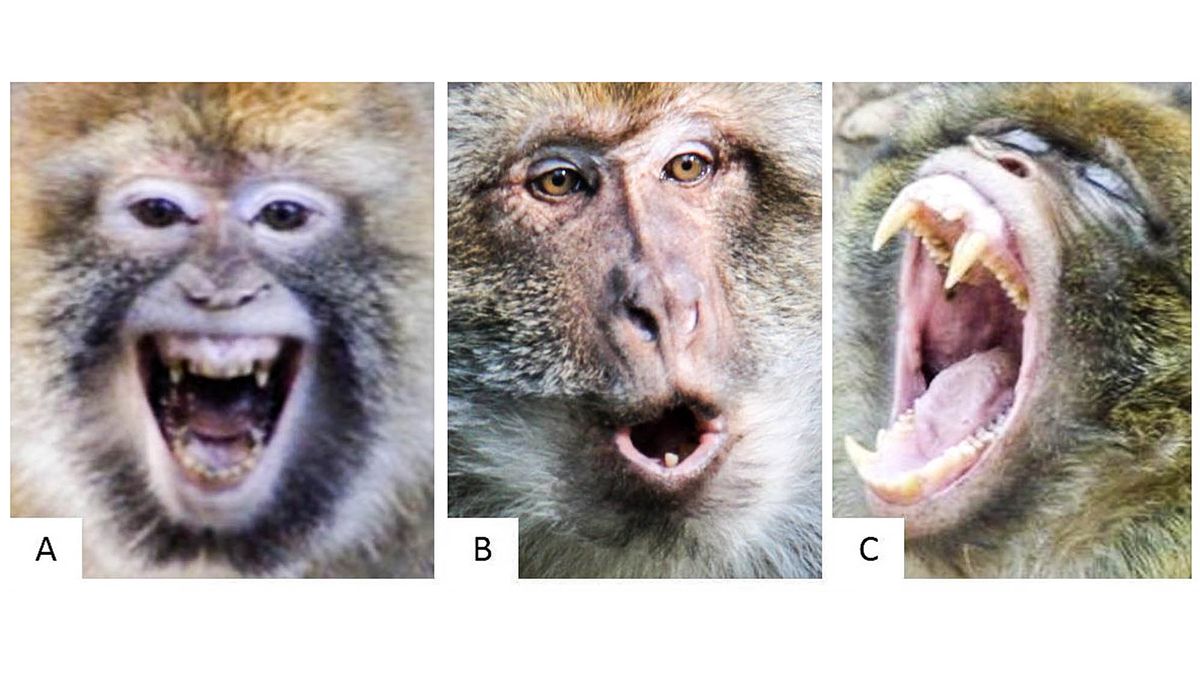 Never take Barbary macaques — or any nonhuman primate for that matter — at face value. That "smile" does not mean what you think it does.

Ten years ago, my husband and I were traveling around South Africa for a few weeks and fell in love with the baboons.

They were everywhere. Eating fruit in the middle of the road. Having sex on the side of a hiking trail. Even just hanging out in a gas station parking lot.

They're magnificent creatures. Weighing up to 100 pounds, they have this alluring attitude — kind of like Sam Elliot in The Big Lebowski, sipping a beer at a bar, ready to offer sage advice.

"I'm going to go touch him," my husband, Matt, says, referring to the male at the gas station parking lot, munching on a cracker. "Just one little pat on the head."

Mr. Baboon opens his mouth wide and reveals ginormous front teeth — about the size of thumbs. Matt freezes, turns to me and starts running back.

Mr. Baboon left us alone, thank goodness. He could have been carrying rabies, tetanus or a deadly type of herpes. And he might not be as friendly as he looks.

Monkey bites are surprisingly common around the world. They account for up to 20 percent of animal bite injuries, the World Health Organization reports, and are second only to dog bites in prevalence. Hot spots include temples in Southeast Asia and parks in southern Africa.

Now researchers in the U.K. say they understand better why monkey bites are such a problem: Human primates are really bad at interpreting facial expressions of nonhuman primates. Really, really bad.

Most of the time, what we think the animal's expressions means is exactly the opposite of what it is feeling, researchers at the University of Lincoln in England reported Friday in the journal PeerJ. And that naivete can get tenderfoot tourists in trouble.

Try the test yourself.

Toward the top of this story, there's a quiz with six photos of Barbary macaques, which often interact with tourists in Morocco. Anthropologist Laetitia Marechal and her colleagues gave these photos to 124 volunteers.

Then she asked them: Can you guess how the monkey is feeling? Friendly? Aggressive? Scared?

"In the second photo, the animal's mouth is open and round — with his eyebrows raised," Marechal says. "People generally think the macaque is blowing them a kiss. I've even seen tourists reciprocate and blow a kiss back."

But love and warmth are the last thing on this monkey's mind. "This is a type of 'aggressive' face," Marechal says. "He's telling the human that he is uncomfortable and basically to go away. This is the expression adult macaques give to their kids to reprimand them."

And if tourists don't "listen," the monkey will get nervous and is more likely to attack, Marechal says.

"Generally, macaques are not aggressive," she says. "But if they're provoked, they will respond, like any animal will."

In the study, a third of the volunteers mistakenly thought the aggressive faces (A and B above) were friendly or neutral faces. More than half misinterpreted a friendly monkey face as aggressive or distressed.

When Marechal and her team gave the volunteers a quick lesson in monkey communication, the error rates dropped a bit; only about 20 percent mistook the aggressive face for a friendly one

But in the end, the best strategy is to keep your distance from all nonhuman primates — whether they're in zoos, parks or gas stations — Marechal says.

"It's an absolutely amazing experience to be around these creatures," she adds. "We learn so much by observing them in parks and zoos. But you miss that opportunity to learn when you try to feed or touch them."

"Keep a distance of a few meters, at minimum," she says. "And never try to pet, touch or feed any wild animal. There can be very bad consequences for the animals and the person."