Accessibility links
In 'Jaha's Promise," A Young Mom Pledges To Stop Female Genital Mutilation : Goats and Soda Jaha Dukureh is featured in the documentary "Jaha's Promise." She got Gambia to outlaw the practice. But could she convince her father?

A Promise To Her Newborn Daughter: No More Female Genital Mutilation

A Promise To Her Newborn Daughter: No More Female Genital Mutilation 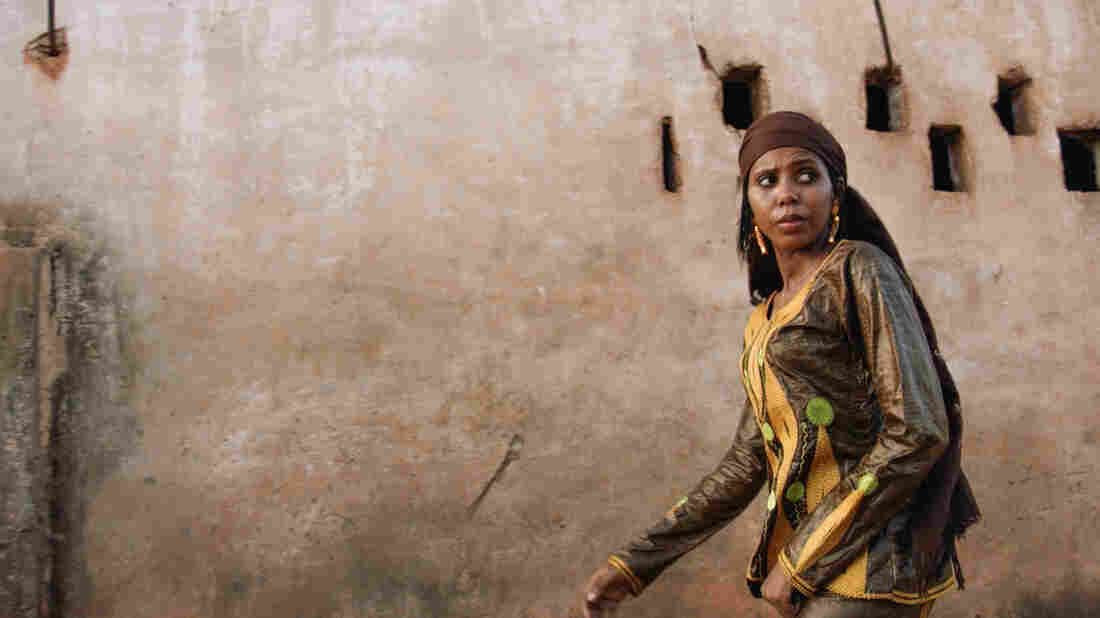 Jaha Dukureh walks down a street in Serrekunda, the sprawling urban area where she grew up in Gambia. Courtesy of Jaha's Promise hide caption 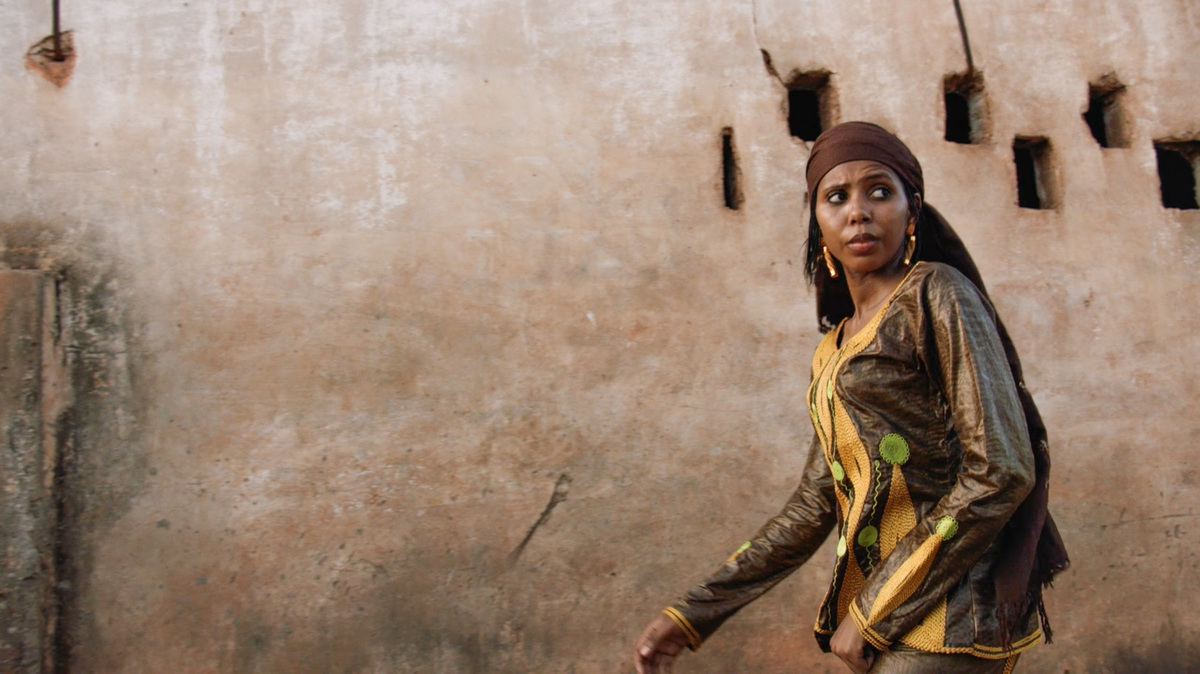 Jaha Dukureh walks down a street in Serrekunda, the sprawling urban area where she grew up in Gambia.

Jaha Dukureh, now 27, was only one week old when the incident that came to define her life's mission occurred. That is when, as was the custom of her home town of Gambissara, Gambia, a traditional "cutter" removed her clitoris and labia and then sewed the opening together, leaving only a tiny hole to allow the flow of urine and menstrual blood.

Today she knows that she had been subjected to the most extreme form of Female Genital Mutilation (FGM), called infibulation or Type 3 FGM.

Yet Dukureh had no inkling until her wedding day, at the age of 15, that she numbered among the approximately 200 million women around the world alive today who have undergone the procedure — one that yields no known health benefits but that raises a range of health risks, from infection and pain to difficulties getting pregnant and obstetrical complications during childbirth.

In 2010, that knowledge compelled her to make a promise to her newborn daughter, now 7, that she would not subject her to FMG — and would do everything she could to end the practice for girls all over the world. To fulfill that promise, three years ago she began with Equality Now and the Guardian newspaper on an ultimately successful campaign to ban FGM in Gambia and founded the non-profit organization Safe Hands for Girls.

NPR spoke to Dukureh as she was preparing to leave for her latest trip to Gambia, along with her three children, to speak to communities in rural areas around the country and help educate and persuade them to stop the practice.

She has been bolstered by the warm reception for Jaha's Promise, the documentary film that tells the wrenching but ultimately inspiring story of how, in the wake of her ordeals, she transformed herself into the influential activist she is today. "Jaha's story shows how one woman can make a huge difference in breaking the silence surrounding female genital mutilation," says Purna Sen, director of the policy division of U.N. Women.

Last year, Dukureh was on Time Magazine's list of the 100 most influential people in the world. In March, Crown Princess Mary of Denmark sat beside Dukureh at the film's world premiere at the Copenhagen Film Festival in March. This past week, the film, directed by Patrick Farrelly and Kate O'Callaghan, was screened at the United Nations in New York, and on Saturday had its United Kingdom premiere at the Sheffield Documentary Festival. Additional screenings are being planned at other festivals.

"The film is an advocacy tool" to "raise the profile of the issue" of FGM, Dukureh says. "It's not so much about me but about the issue. It is our moral obligation to end the practice" of FGM.

In the film, Dukureh reveals that she only began learning about FGM and how that had changed her body in perhaps the hardest way possible, on her wedding night. She now recognizes that her ignorance about what had been done to her body was not unusual in her community. "There is a huge cultural silence in talking about these issues," she says. "It is taboo. So there was no way I could learn about this growing up."

She did know that her parents had arranged a marriage for her when she was eight, but beyond a ceremony at home nothing changed for her.

By the time she turned 10 or 11, though, she says, "it started to hit me, and I hated the whole idea. It felt very strange" to have been promised to a husband in another country whom she didn't know. Then, at 15, she was sent to New York to begin her life as the wife of a man approximately 30 years her senior whom she'd never met before. 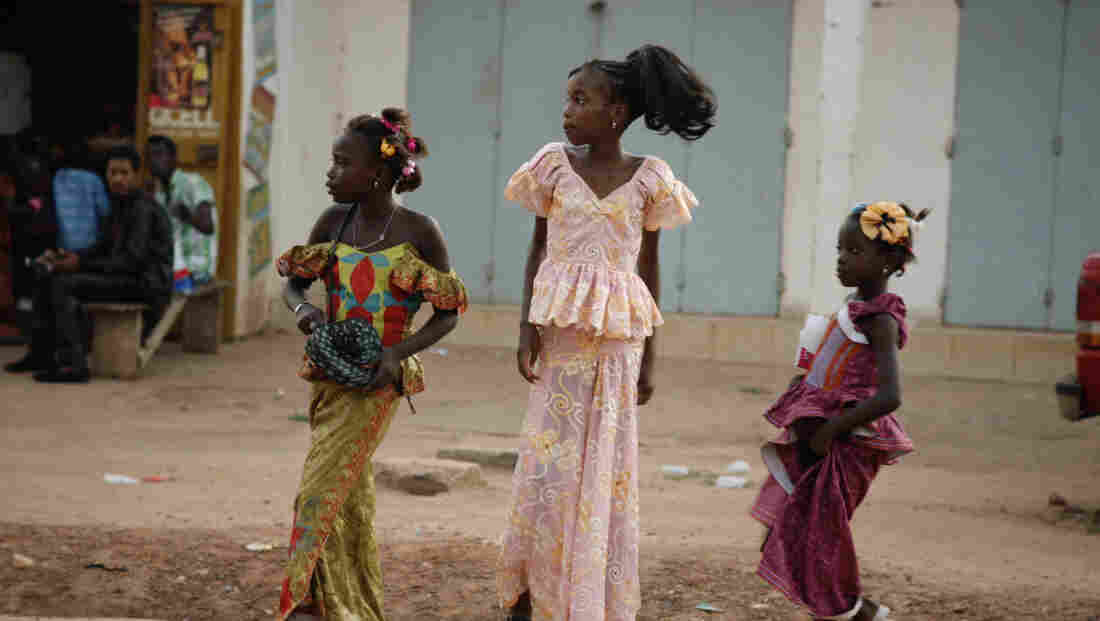 Three girls are on a street in Banjul, Gambia's capital. Courtesy of Jaha's Promise hide caption 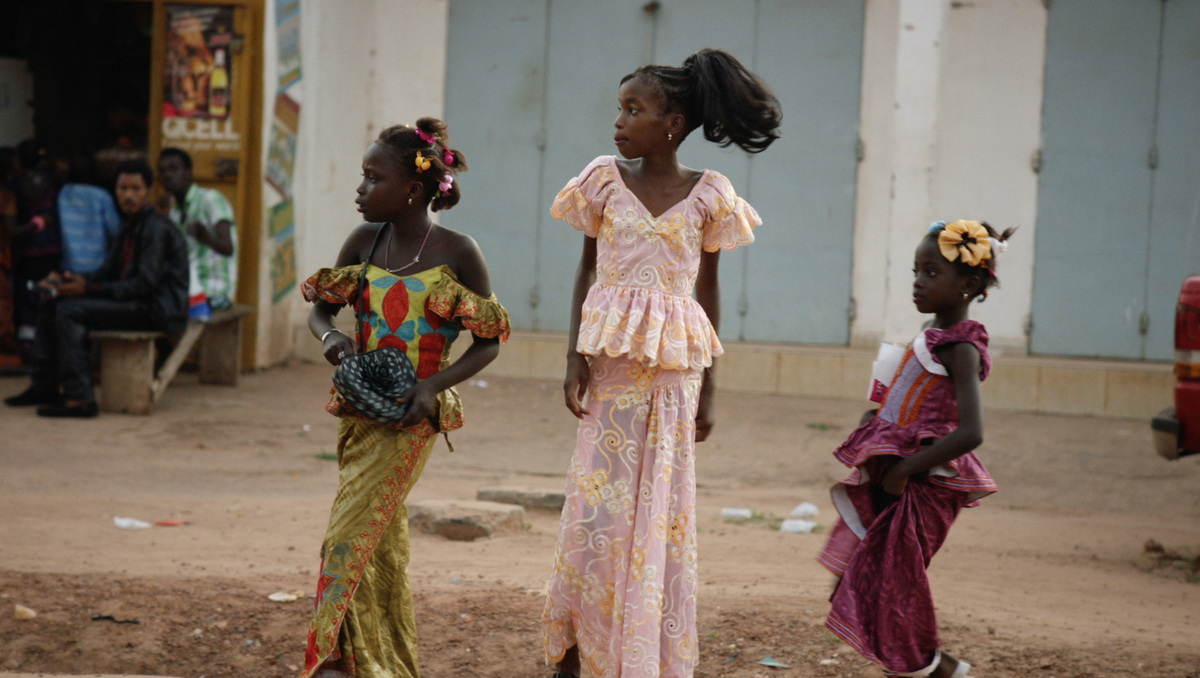 Three girls are on a street in Banjul, Gambia's capital.

When her husband attempted penetration, the pain was "excruciating," she says. At first she did not know why. Then, after several days of grueling, unsuccessful attempts to consummate the marriage, in an eerie reprise to the original procedure, a doctor had to cut her open again. Afterwards, he ordered her to have sex within 24 hours in order, he said, to make sure the opening did not close again. Sex was now possible; but the absence of sexual genitalia still made it anatomically impossible for her to feel sexual pleasure.

Far from home, and still grieving for her mother who had died only three months before, Dukureh felt despondent and alone. She tried desperately to continue her education, but ten different high schools in succession refused to enroll her because she was without parents or a guardian. Finally, the eleventh said yes — after she cried in the principal's office. By then, with the support of Taina Bien-Aime, who then worked for the women's rights group Equality Now, Dukureh had gained the courage to leave her husband and stay with family members.

She soon divorced her husband and moved to Atlanta, where she remarried. This was also an arranged marriage. "But a happy one," she says, to a man who "is more my age and is very supportive." She went to college, began work at a bank where she was quickly promoted, and became the mother of three children, ages 8, 7 and 3.

"Taina made me believe in myself and made me believe that my life was worth living," Dukureh says. Nonetheless, of her time in New York, Dukureh now says, "I think it was the most traumatizing experience. "It was a difficult time in my life and I don't like talking about it."

All the more impressive, then, is her openness in telling her story on film. In Atlanta, she began meeting other women and mothers in her community who had also undergone FGM and began a support group. Soon, with the support of Equality Now, she began a petition on Change.org calling for an end to FGM in the United States. It was signed by 221,169 people. The film depicts her meeting with former President Barack Obama, Gambia's president Al Hadji Yahya Jammeh and former U.N. President Ban Ki-moon.

At once dignified, soft-spoken and firm, Dukureh is also shown in the documentary talking with men, women, and children in schools and communities throughout Gambia, as she corrects one myth after another by FGM. No, it is not necessary to have the procedure in order to deliver a baby; actually, it may cause additional complications. Nor is it a religious teaching of Islam, despite the belief that it is, among many Imams — including, until recently, her own father. At one point in the film they are seen discussing the issue, each one politely firm in their opposing opinions. He does, however, promise to study the issue further. Eventually he comes to agree that her research is correct: It is not an Islamic teaching. That leads to the film's happy conclusion: Her father's announcement that his own newborn child, a girl, will not undergo FGM.

Her father, Dukureh told NPR, is "now my biggest cheerleader." She will see him in Gambia this summer and will continue her campaign around the country.