Accessibility links
U.N. Report: Five Surprising Facts About The World's Refugee Crisis : Goats and Soda Not since World War II have there been so many people who've fled their homes due to conflict. And children are hit especially hard by the crisis. 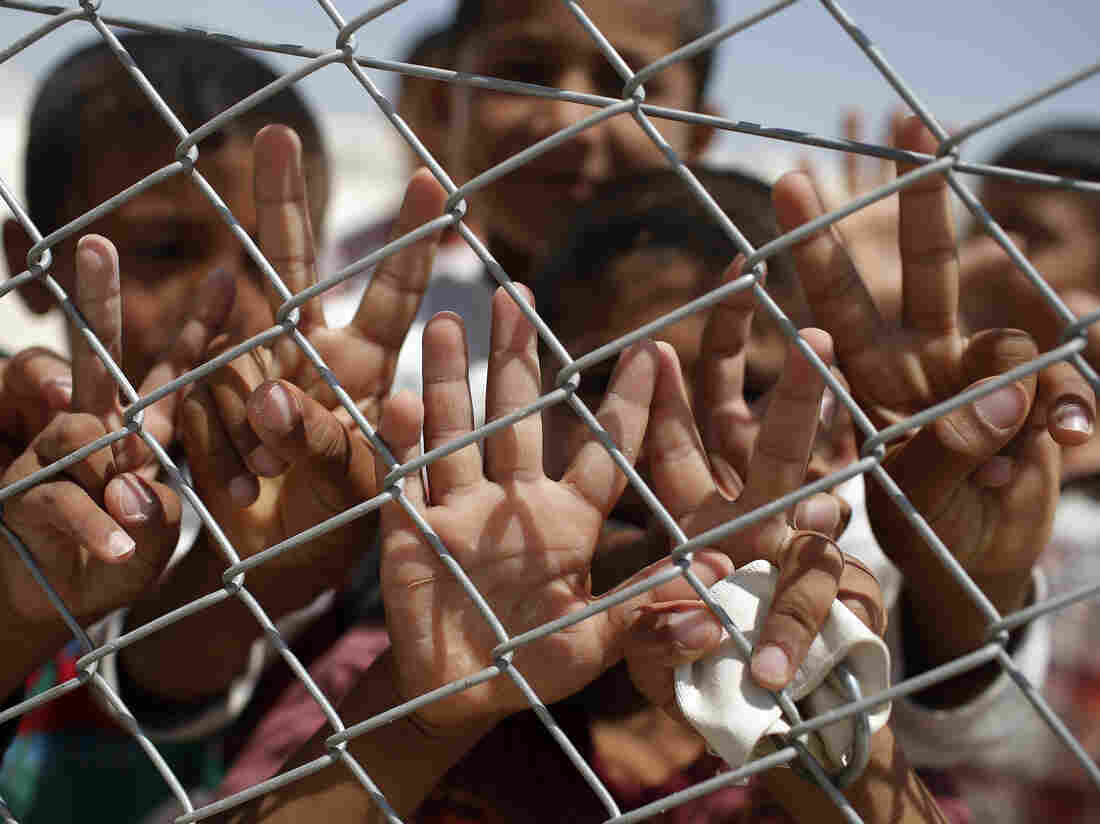 Syrian refugee children flash the V-sign at a camp in Suruc, a Turkish city near the border with Syria. Emrah Gurel/AP hide caption 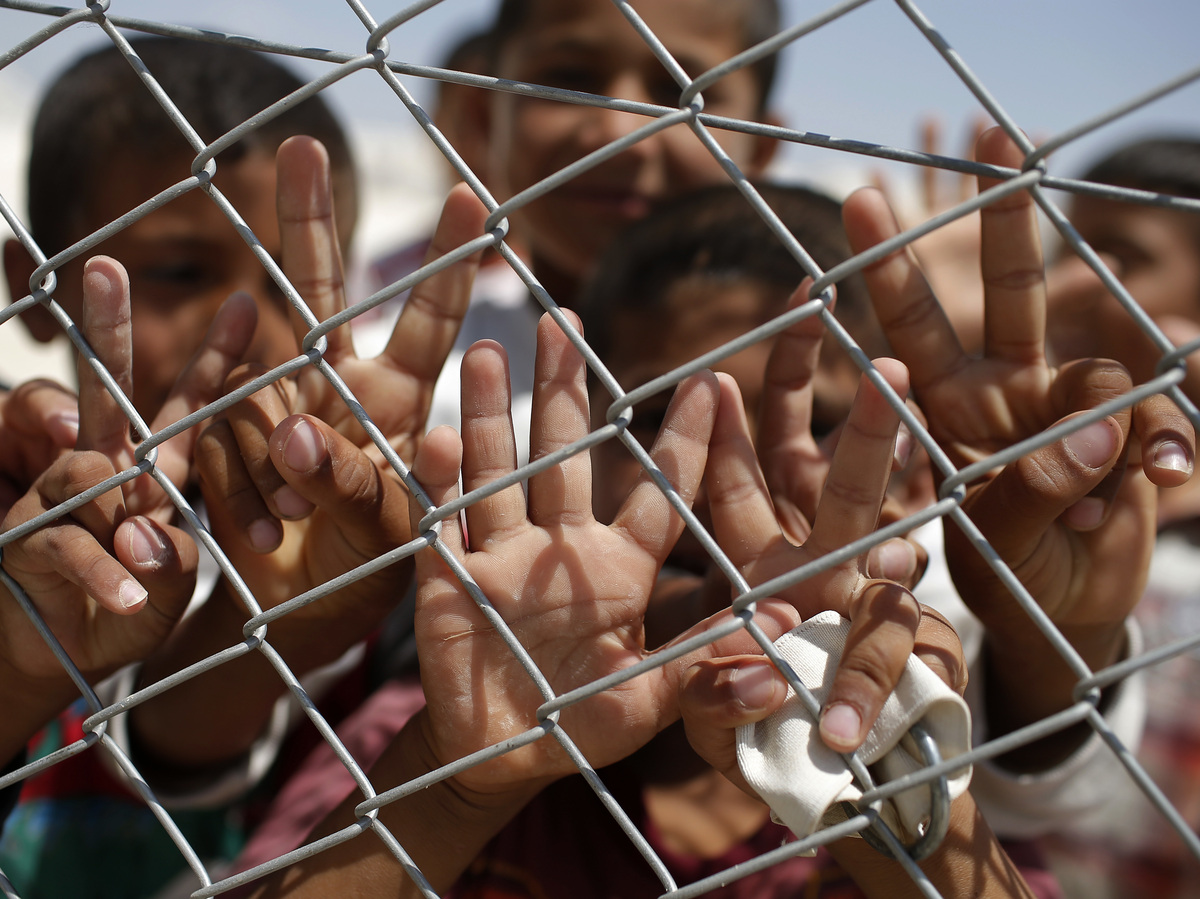 Syrian refugee children flash the V-sign at a camp in Suruc, a Turkish city near the border with Syria.

The number of people forcibly displaced from their homes is the highest since World War II.

According to a new report from the United Nations Refugee Agency, UNHCR, 65.6 million people are currently living as refugees or as displaced persons inside their own countries. This includes 10.3 million people who were uprooted from their homes in 2016.

Syria continues to be the largest source of refugees. According to the U.N., 12 million Syrians — more than half the country's population — have been forced from their homes. Five million have fled to neighboring countries and Europe, while the rest remain inside Syria, officially labeled as displaced persons.

CHART: Where The World's Refugees Are

Syria is also the largest source of new refugees: 824,000 in 2016. It was followed by South Sudan, where 740,000 people fled the country because of the brutal civil war. There are now 1.4 million South Sudanese refugees abroad, along with 1.9 million internally displaced people.

Neighboring Uganda has taken in hundreds of thousands of South Sudanese over the last three years. In 2016, the Bidi Bidi camp in Uganda grew so much it's now the largest refugee camp in the world, giving shelter to more than 270,000 South Sudanese.

Here are some of the surprising facts and trends from this new report.

1. A shockingly high percent of the world's displaced are kids.

More than half the refugees around the globe are under the age of 18, even though children make up 31 percent of the world's population.

2. Many of these kids are fleeing alone.

In 2016 alone, according to UNHCR, 75,000 children applied for asylum as "unaccompanied minors." Most were from Afghanistan and Syria. The country receiving the greatest number of requests for asylum for these children was Germany: 35,900.

3. The greatest burden of the global refugee crisis falls on low-income and middle-income countries.

Turkey remains the largest host of refugees globally, with nearly 3 million living inside its borders. Pakistan is second. Among the top ten host nations only one is a high-income country: Germany, at number 8 on the list, hosting 669,500 refugees and asylum seekers.

4. Most people who are driven from their homes by armed conflict don't end up officially as refugees.

If they haven't crossed an international border, the U.N. designates them as "internally displaced persons" or IDPs. In 2016 there were 40.3 million internally displaced persons around the world, far overshadowing the 25.3 million refugees. From the UN's perspective this is an important distinction. Refugees fall under the auspice of the U.N. High Commissioner for Refugees and are entitled to certain rights and basic assistance. IDPs are the responsibility of their own government, often the government that failed to protect them in their homes in the first place.

5. Colombia has the highest number of IDPs in the world: 7.6 million.

A huge portion of its population are internally displaced because of the decades-long conflict between the FARC rebels and the government.

Syria had the second highest number of people listed as internally displaced last year, with just over 6 million.