Accessibility links
Humanitarian Aid Is 'Broken,' Says Former U.N. Official : Goats and Soda The way we offer assistance to people fleeing conflict no longer works, says Paul Spiegel, a former director of program management at the U.N. refugee agency. He has a few ideas about how to fix it. 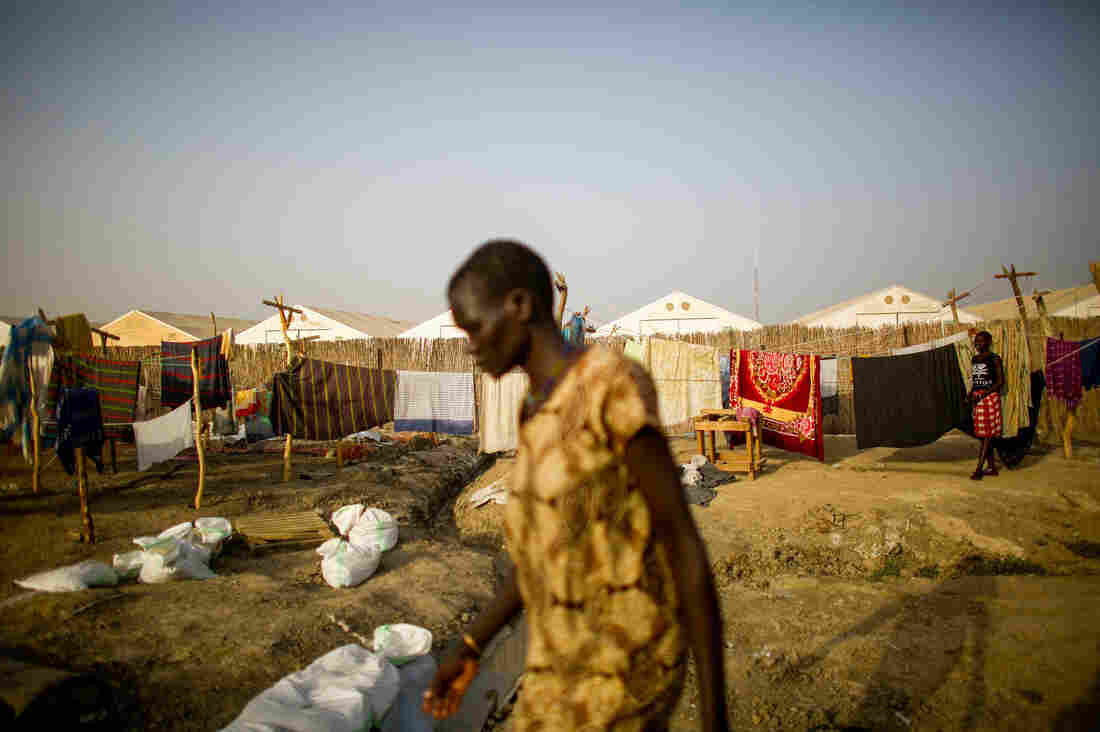 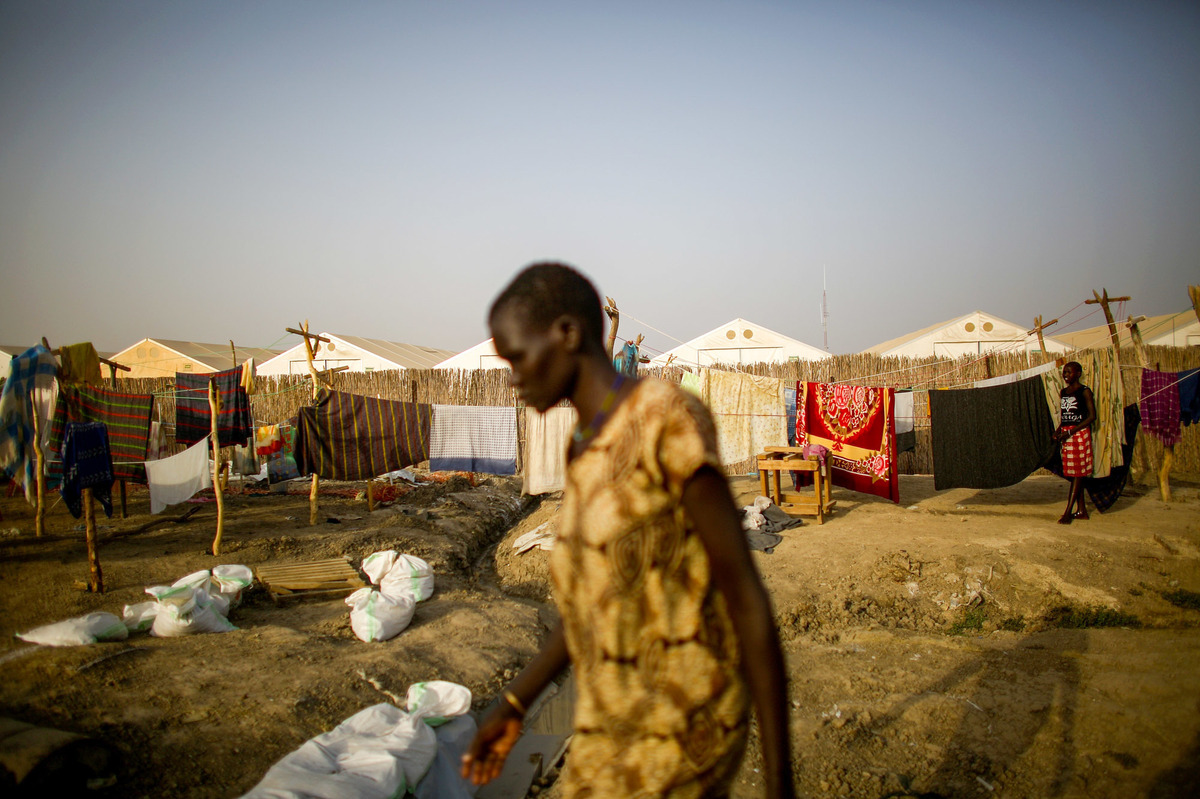 A scene from Bentiu, the largest refugee camp in South Sudan.

The humanitarian aid system is broken.

That's the message of a new paper by Paul Spiegel, a former senior official at the U.N. High Commissioner for Refugees (UNHCR). The piece was part of a special series on health and humanitarian crises published by the British medical journal The Lancet in early June.

Today, more than 65 million people around the world have been forced from home due to violence, war or conflict. "The humanitarian system was not designed to address the types of complex conflicts that are happening at present," wrote Spiegel. "It is not simply overstretched; it is no longer fit for purpose."

Spiegel, a physician and a professor at Johns Hopkins University, explains what the humanitarian system needs to do to fix itself. He's aiming his remarks at U.N. agencies like UNICEF, international aid groups like Save the Children and national donors like the U.S. government. This interview has been edited for length and clarity. 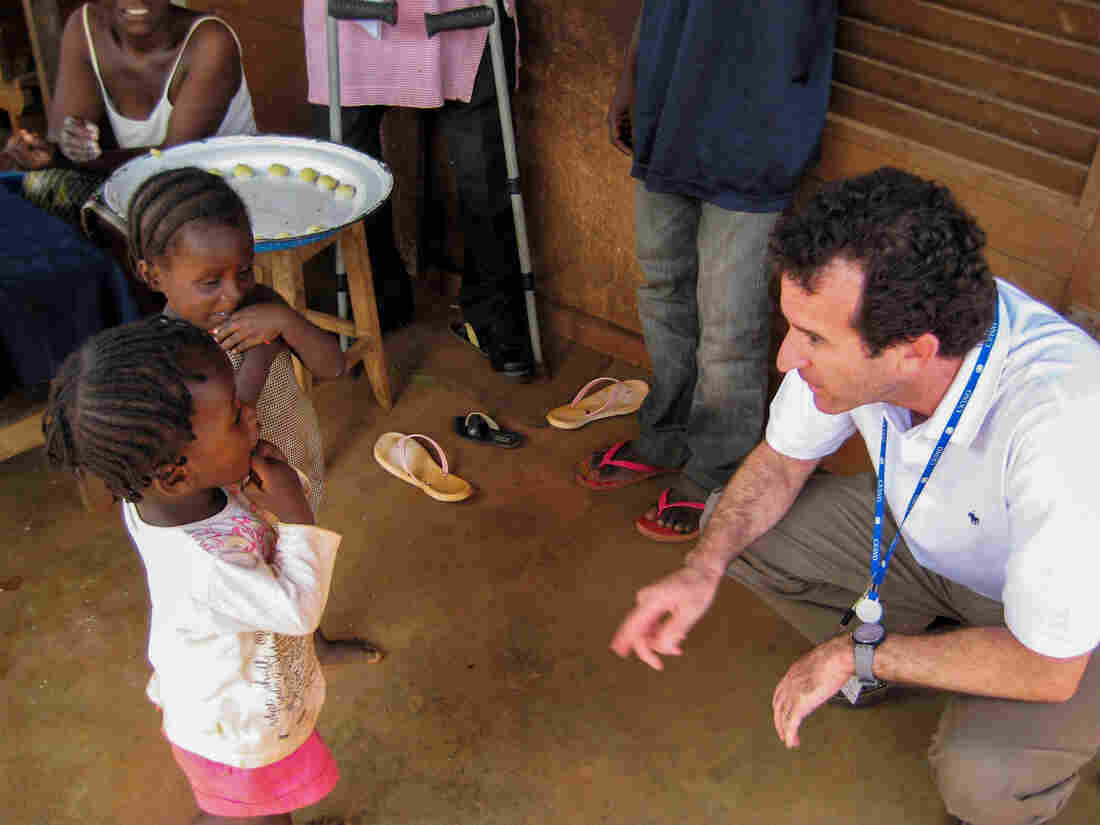 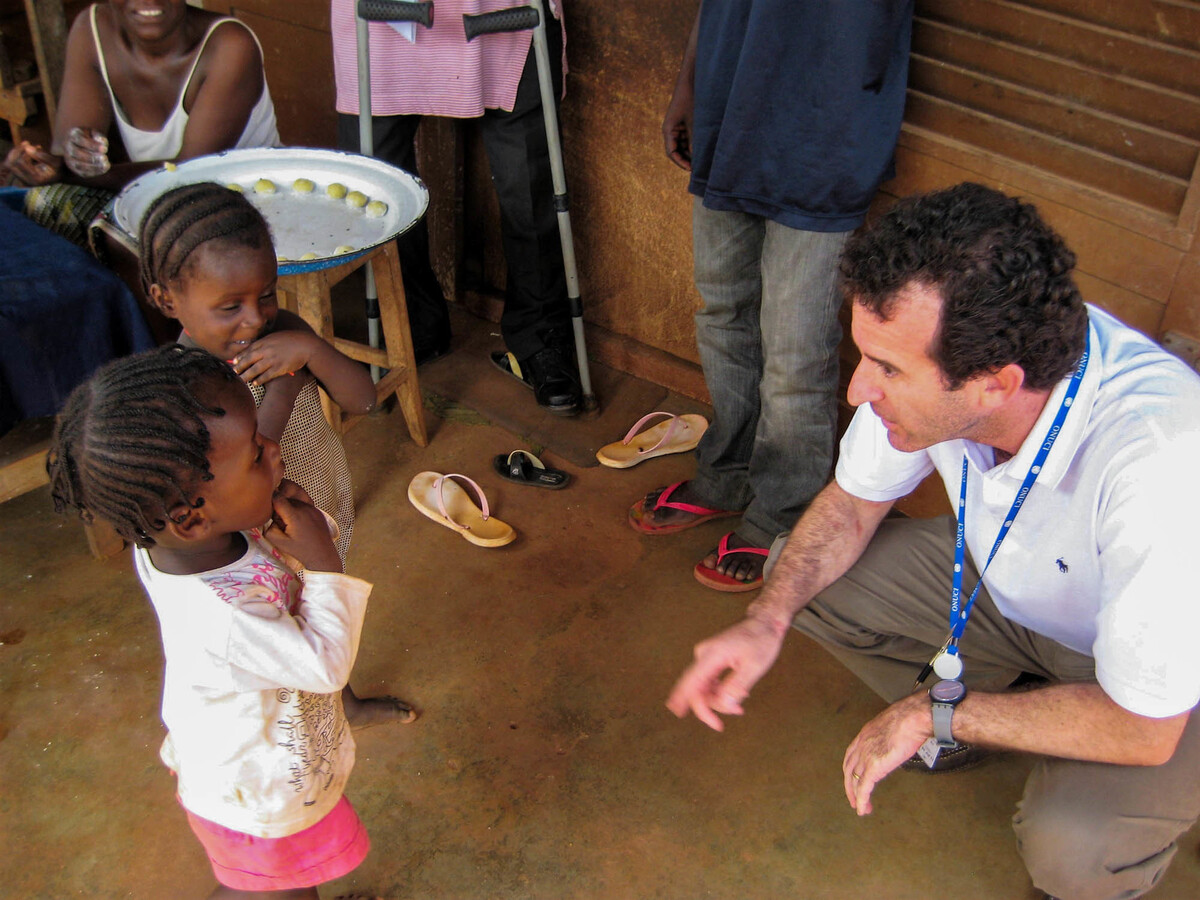 In your paper for The Lancet, you say that the humanitarian system that responds to emergencies due to conflict is "broken." How so?

This Band-Aid approach made sense in the past, but it's not functioning anymore.

In Syria in particular, you have millions of people who need help inside [the country] and millions of Syrian refugees in Jordan and Lebanon [and Turkey]. We used to talk about acute emergencies lasting for a couple of months, but that hasn't happened in Syria. They've been in that state for the past six years. Their needs — shelter, clean water, protection against infectious diseases — are extraordinary. The humanitarian system cannot respond appropriately.

You outline a few big ways to fix humanitarian aid. For one, you're not a fan of refugee camps. Why?

In the past, it was easier to put refugees and displaced people in camps. You set up parallel services [for example, schools and clinics] to save lives quickly. But camps cost a huge amount of money, and in the long term, people become dependent on those services. There's no dignity.

Let's not do that. Let's not put people in camps.

If not camps, then what?

When Disaster Strikes, Aid Groups Often Strike Out. Why?

The government of Iran, for example, has absorbed over a million Afghan refugees. They didn't put them in camps. They gave them work permits, allowed them into primary and secondary schools and even universities. Over a six-year-period, UNHCR [worked with Iran's health system to allow] refugees to access the national health insurance system. This is a bonus not just for refugees but for the Iranian government. It puts more money into their health systems.

You also call on big development agencies like the World Health Organization and the United Nations to let go of some of their power.

There needs to be a remaking of how we respond, coordinate, lead humanitarian crises. In the past you had international organizations come in because the governments were too weak to respond. But now governments are becoming stronger and they're saying: hold on, humanitarian system. You can't do whatever you want.

That will require some changes in the way the international system responds. That means the system will have less power and authority as the host governments deal with the humanitarian emergencies. For the U.N., for example, that means reducing their staff and budget. How that is done is unclear.

So where does that leave the humanitarian system?

Humanitarian principles — humanity, neutrality, impartiality and independence — are essential in humanitarian action. We need to make sure that everyone regardless of nationality, ethnic group and religion person receives assistance according to these principles.

For that reason, governments that are directly part of a conflict cannot generally be relied upon to provide aid in an impartial and neutral manner. In these circumstances, neutral and independent parties are needed to ensure that assistance is provided according to humanitarian principles.

Has the humanitarian aid system made any changes for the better?

In the past, the U.S. would provide a tremendous amount of food aid that would come from America's excess stock and grain, distributed by American [air] carriers. Now technology is a game changer. For example, in Jordan and Lebanon, the most vulnerable refugees are getting ATM cards [with money to buy local foods from local markets]. We're not shipping food from abroad. We're giving refugees their own money to buy their own commodities.

Do refugees get much input into the way aid is handed out?

They're not being asked what their needs are. There have been times when the World Food Programme has not given the right type of grain to a population. For example, bulgur wheat as opposed to rice because rice is more expensive.

What happens when the people who want rice end up getting bulgur wheat?

The people who receive the bulgur wheat say: This is for the animals. So they sell it for rice — even if that means getting less of it — or for other needs like firewood.

A lot of your aid fixes have to do with preserving the dignity of refugees and displaced people.

These people have lost everything. Imagine yourself in their situation. You have nothing and you're dependent on people. As soon as you can, you'd want to become less dependent and take the future into your own hands.