Accessibility links
The Plague Is Back, This Time In New Mexico : Goats and Soda In medieval times, they called it "the black death." It's still around, routinely cropping up in the U.S. This time, the New Mexico Department of Health reports three cases.

The Plague Is Back, This Time In New Mexico

The Plague Is Back, This Time In New Mexico 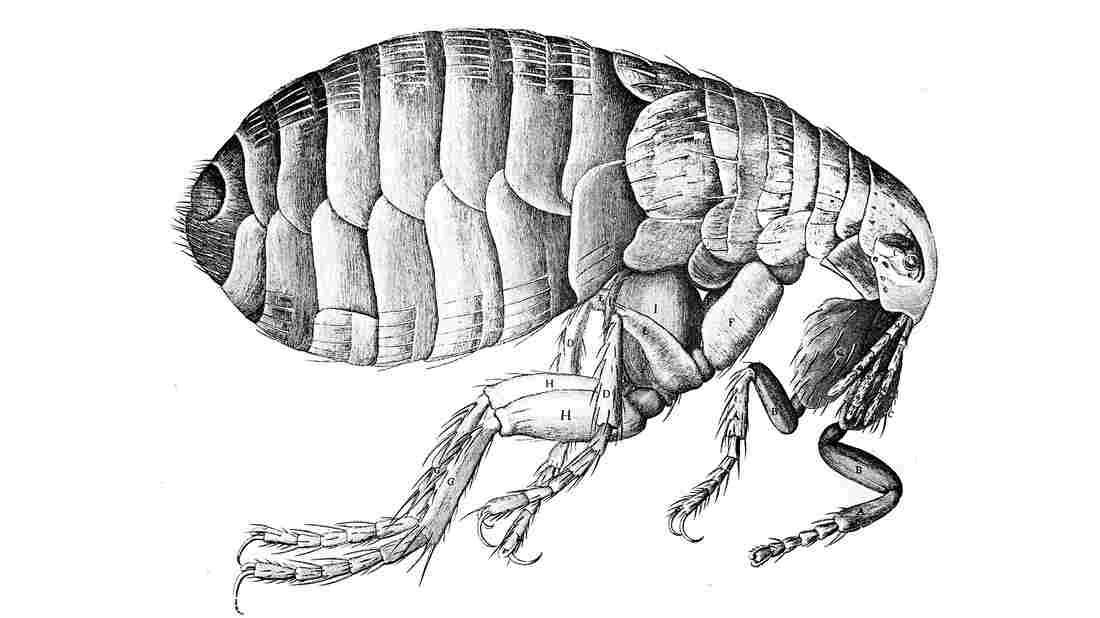 The bacterium that causes the plague travels around on fleas. This flea illustration is from Robert Hooke's Micrographia, published in London in 1665. Getty Images hide caption 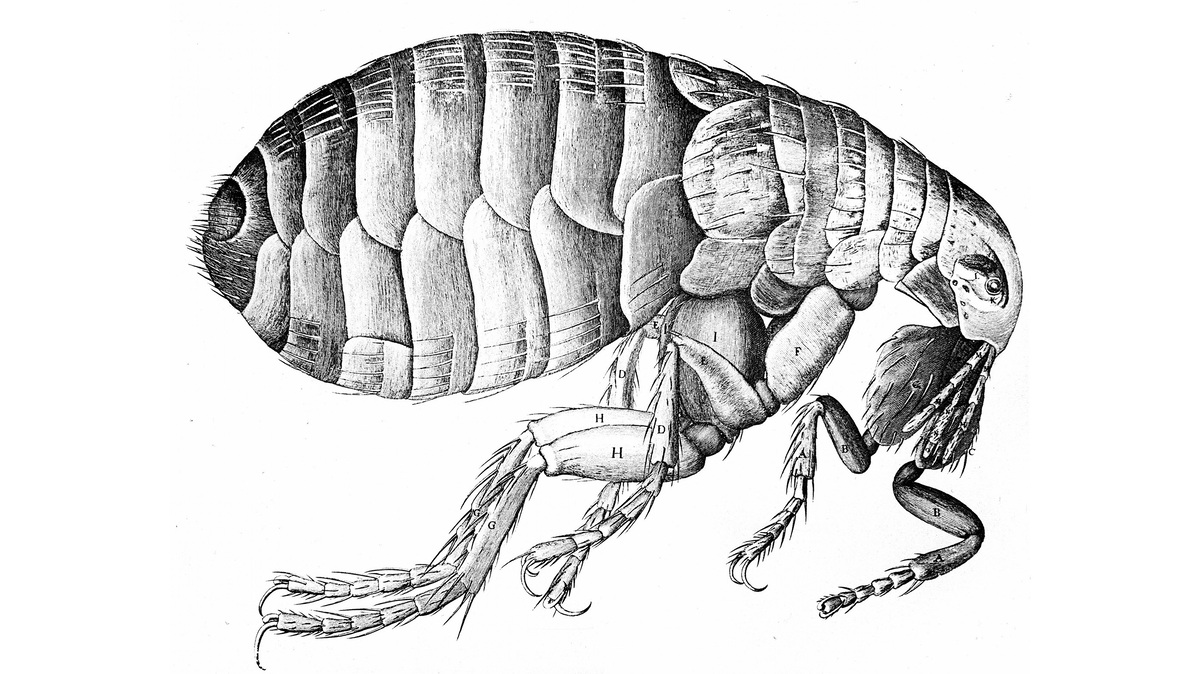 The bacterium that causes the plague travels around on fleas. This flea illustration is from Robert Hooke's Micrographia, published in London in 1665.

Three people in New Mexico caught the plague, according to health officials there, who reported the two most recent cases this week.

Yes, this is the same illness that killed an estimated 50 million people across three continents in the 1300s, though these days common antibiotics will get rid of it.

Once known as the Black Death, possibly for dark patches caused by bleeding under the skin, the plague swept Europe 700 years ago, killing a third of the population — an estimated 25 million. It wiped out millions in China and Hong Kong in the late 1800s before people put two and two together and started targeting rat populations.

Centuries later, the plague periodically pops up in countries across the globe — though at minor levels compared to its medieval heyday. In 2015, the World Health Organization recorded 320 cases across the globe, including 77 deaths.

The U.S. tends to see between one and 17 human cases a year. According to the Centers for Disease Control and Prevention, the disease likely hitched a ride to the U.S. in 1900 on flea-infested rats, which had boarded steamships in Asia. Since then, infected fleas have taken up residence on rodents including chipmunks, squirrels and prairie dogs across the southwest.

New Mexico and neighboring states are nearly plague-perfect settings, with their buffet of possible rodent hosts.

Last year, New Mexico state had four cases. The year before that, there were another four, including one death. This year, all three were hospitalized but are now recovering at home.

The plague can persist in rodent populations, especially wild ones, for a long time without affecting humans. But it can re-emerge.

As we've reported in previous posts, the bacteria will hook onto the lining of a flea's gut and stomach, growing into a film that can clog the insect's digestive passage. The next time the flea goes for a blood meal, it pukes into whatever animal it's feeding on (usually a rodent), spreading the bacteria.

Once a rodent is infected, the illness can spread to wild carnivores that eat it, or to cats, dogs and people that come within flea-jump range.

Paul Ettestad, a public health veterinarian for the New Mexico state health department, says prairie dogs are particularly vulnerable to plague. If a whole colony gets the illness, the bacterium amplifies.

"It's like putting a match to a grass prairie," he says. "Whoosh."

As their rodent hosts die off, fleas will seek a new one — typically the next animal to peer down the burrow hole, whether it's a coyote or a house cat.

"What we see in the West here is the fleas will crawl up to the entrance of the burrow and wait for a host to come by," says Ken Gage, who studies vector-borne diseases at the Centers for Disease Control and Prevention. "If they get on another rodent that they can live on, then they've been successful. But they can also jump on humans, or on dogs or coyotes or cats."

Sometimes, that new host can transport the fleas a few miles away and spread them to other animals.

Cats and dogs can catch fleas while exploring outdoors, or they can drag infected rodents directly into the home. Sick cats, which are more susceptible to the disease than dogs, can also pass the infection to humans directly.

The plague comes in three forms. If a person gets bitten by an infected flea, they'd most likely develop bubonic plague, named for the painful lumps, or "buboes," where the bacteria multiply. It can also get into the bloodstream, causing septicemic plague. If left untreated, the bacterium can eventually spread to the lungs, causing pneumonic plague, which the World Health Organization considers to be among the deadliest infectious diseases.

Two of this year's New Mexico cases were bubonic, and one was pneumonic, says Paul Ettestad. The patient with the pneumonic case is currently recovering from organ damage due to the illness. Because pneumonic plague can spread between people, health officials traced dozens of the patient's contacts and gave them prophylactic antibiotics.

That case likely started out as bubonic or septicemic, Ettestad says, but because the person didn't seek medical care quickly enough, the bacterium was able to spread to the lungs.

"Sometimes people think they can tough it out at home and they're gonna get better," he says. "What happens with plague is you kinda hang on, hang on, hang on and then suddenly the bacteria can spread into your bloodstream extremely quickly and it can overwhelm a person."

In 2015, a patient in New Mexico died after waiting too long to seek medical treatment.

In places with poor access to health care, the illness can be deadly on a larger scale. Last fall, an outbreak started in a remote part of Madagascar that hadn't seen the infection since 1950. According to WHO, more than 60 people were infected, and 26 died. Most cases were bubonic, though a few were pneumonic. Partially due to inaccessibility and security issues "due to local banditry," a WHO spokesman says that "the real magnitude of the outbreak is still to be defined."

The illustration in a previous version of this story depicted a biblical plague, not the bubonic plague that struck Europe 700 years ago.