Accessibility links
Cancer Patients In Senegal Face Lots Of Obstacles — Including No Working Radiotherapy Machine : Goats and Soda That's the situation in Senegal. The government has promised to buy new machines. But one cancer specialist says there isn't enough attention given to the disease. 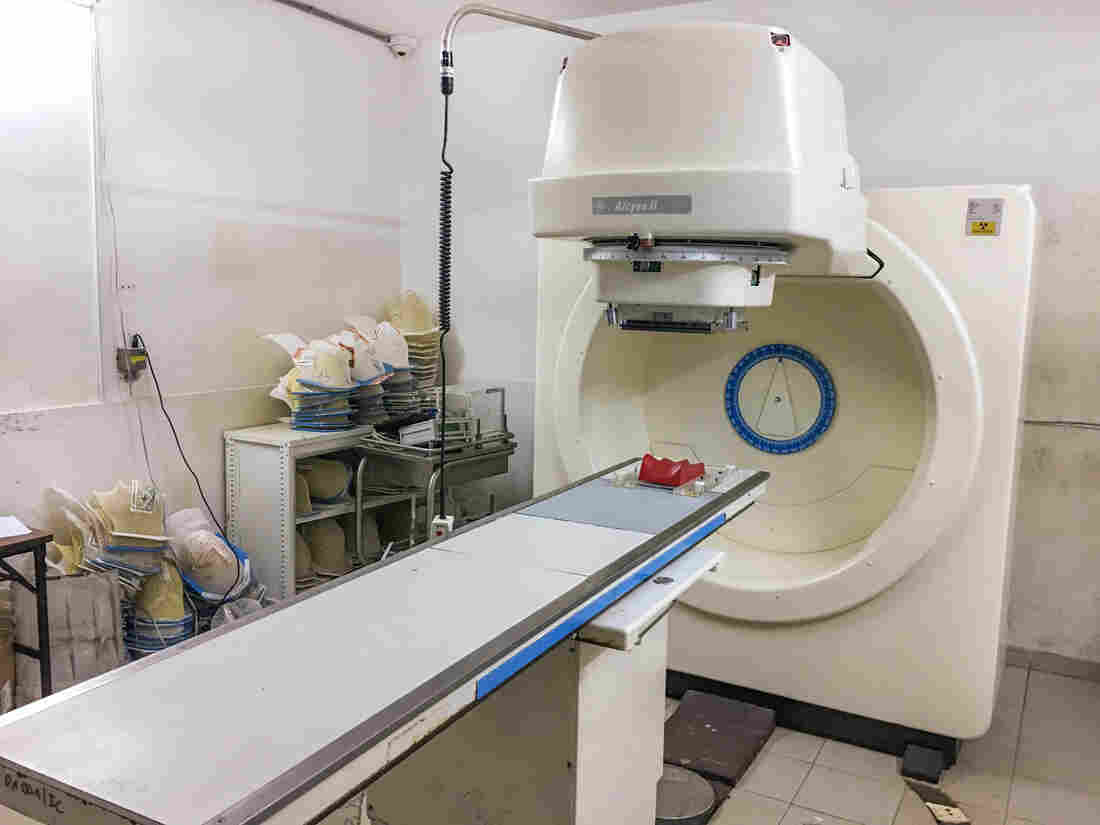 The only radiotherapy machine in Senegal is no longer working. Ofeibea Quist-Arcton/NPR hide caption 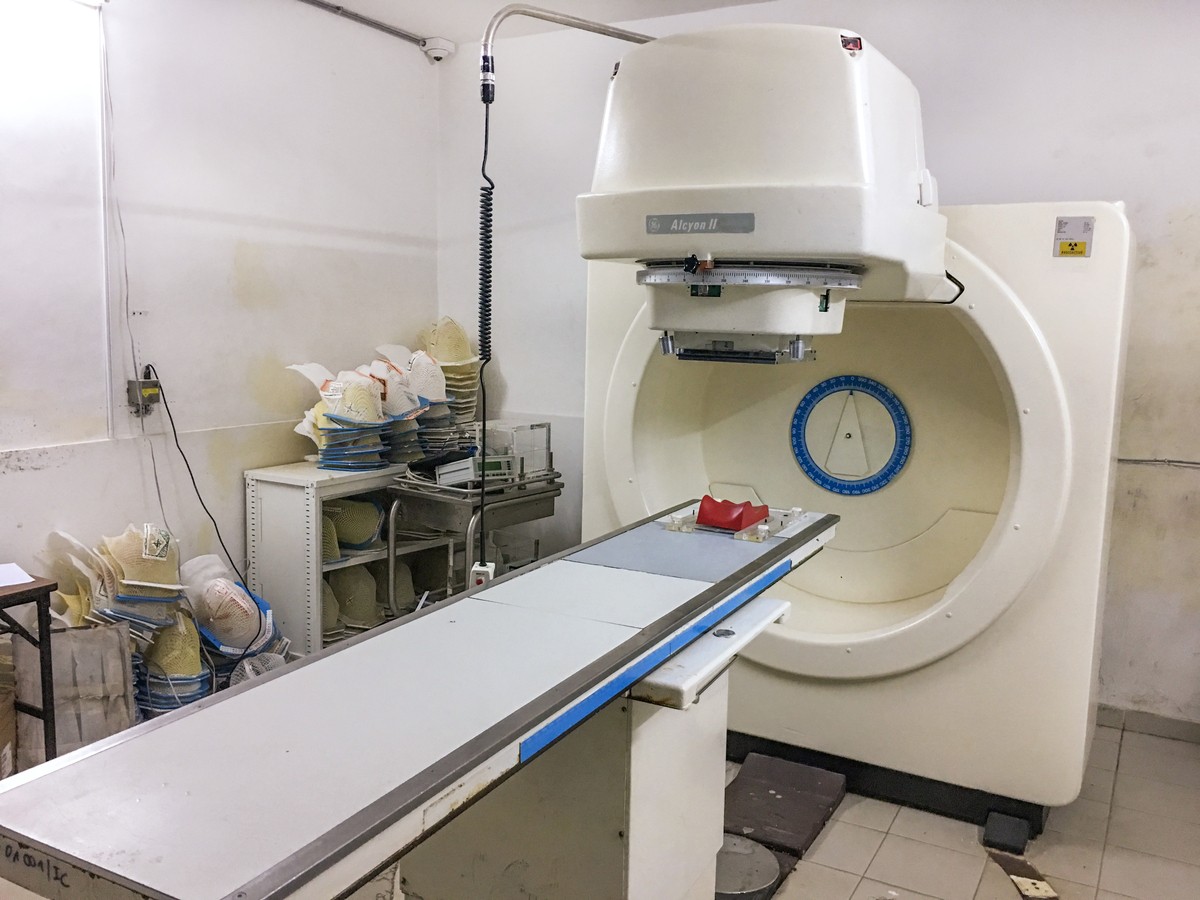 The only radiotherapy machine in Senegal is no longer working.

If you happen to be a cancer patient needing radiation in Senegal, getting past the shock of the diagnosis and onto treatment is a major hardship at the moment.

The country's only radiotherapy machine — indeed for a long while the only one in French-speaking West Africa — is broken. That's the machine whose radiation is used to treat primarily breast, head and neck tumors and bone cancer.

Aristide Le Dantec teaching hospital, one of the oldest and largest in Dakar, the Senegalese capital, buzzes with activity. Dozens of mainly female patients are waiting to be seen at a cancer outpatient clinic. 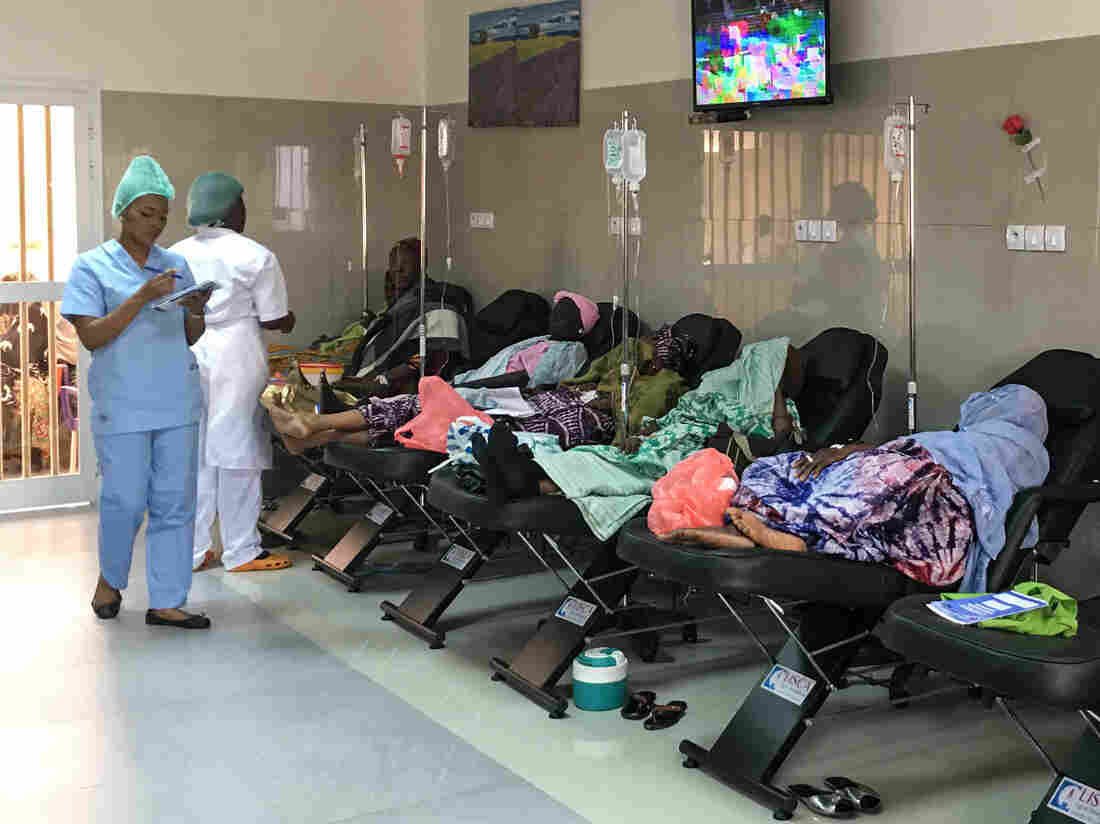 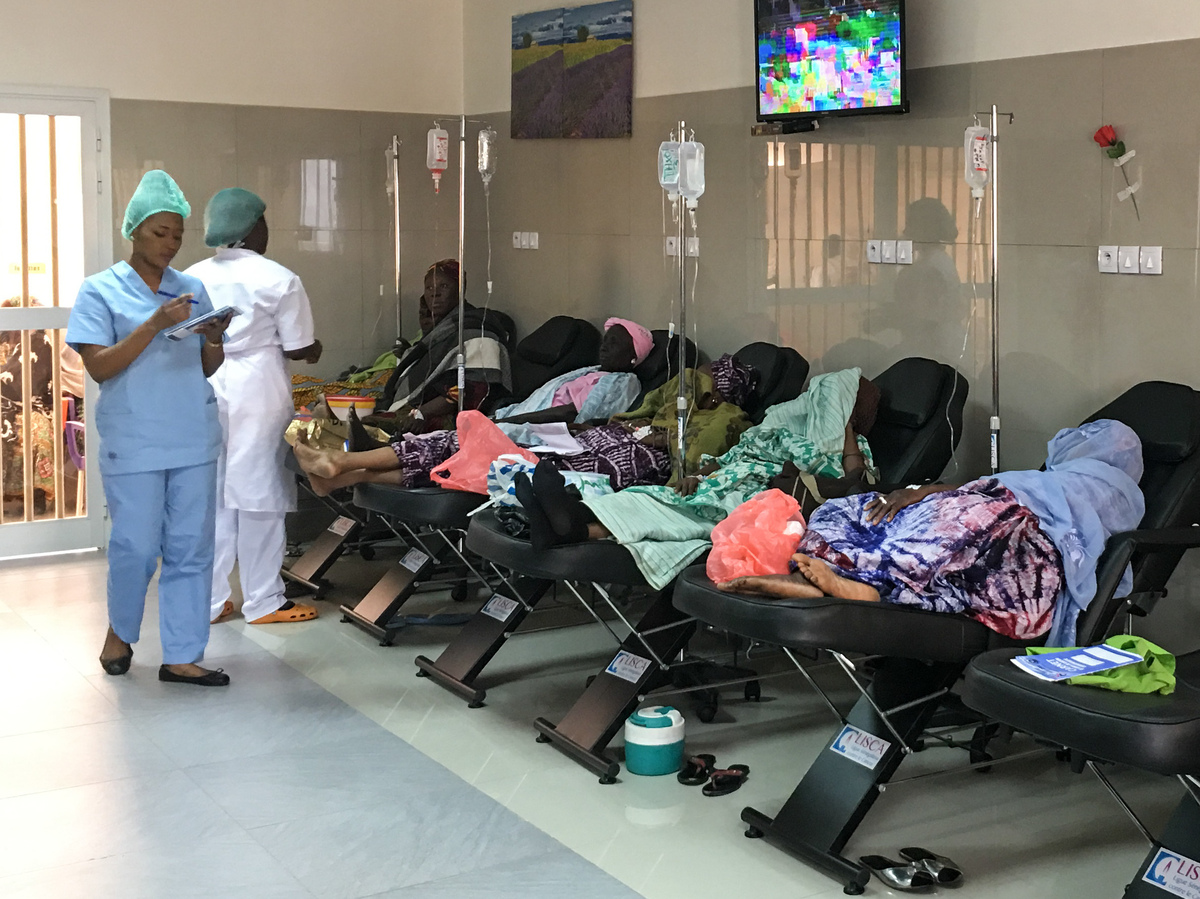 It's in this department that patients would normally receive radiotherapy treatment. But that hasn't been an option in Senegal since late last year.

Dr. Mamadou Diop is charge of the cancer institute at Aristide Le Dantec Hospital. In consultation with his colleagues, Diop made the decision to switch off the Cobalt radiotherapy machine in December, after it kept breaking down. He says it had simply become too dangerous — for patients receiving treatment and technicians operating the machine. 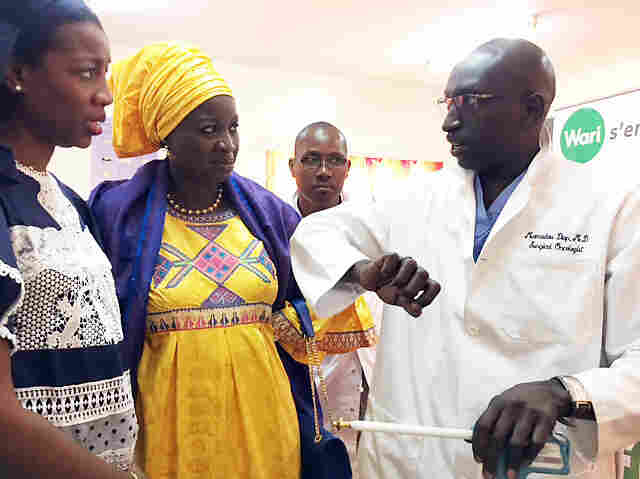 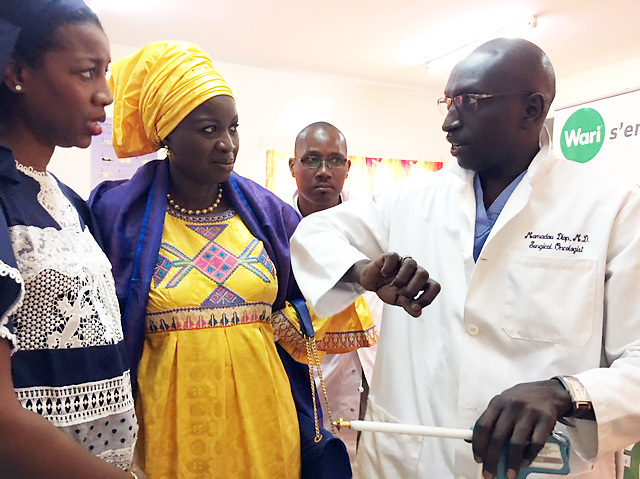 Dr. Mamadou Diop (right) is in charge of the cancer institute at Aristide Le Dantec Hospital. He's talking with members of the Senegalese Anti-Cancer League and donors.

As a young intern in his final year of medical school in 1989, Diop saw what he describes as a revolutionary radiotherapy machine then for Senegal being wheeled into the hospital. Today, it's just taking up space.

"This is the waiting room," says oncologist and radiotherapy specialist, Dr. Mamadou Moustapha Dieng, giving NPR a tour of the radiation center. "Patients come here. This is the treatment room. This is the cabin. This is the machine. You see it," he says, pointing to a huge, cream-colored and distinctly 20th-century looking machine.

The Senegalese government has promised four new radiotherapy machines for Senegal — including a replacement for this hospital – will be installed this year.

Until then, patients must travel to Morocco for treatment — at the government's expense, with help from the Senegalese Anti-Cancer League.

The League has recently refurbished Aristide Le Dantec's brightly-lit chemotherapy department, with rows of new daybeds in the ward. The chemo unit stands in sharp contrast to the dated, kaput Cobalt machine sitting in an empty treatment room in the radiotherapy unit across the way.

Michel Djery Dogue, 24, twice had surgery for a tumor on his tongue last year and has just completed chemo. He's one of dozens of Senegalese booked for radiotherapy in Morocco. Dogue winds a scarf around his head covering prominent scars from surgery on the side of his face and under his chin.

"It's a shame I can't have my radiotherapy here in Senegal," says Dogue.

Diop, head of the cancer unit, says the problem in Senegal — and elsewhere in Africa — goes much deeper than one broken radiotherapy machine. He says the government continues to spend more time and money on infectious diseases such as malaria, which affect many more people and are inexpensive to treat compared with cancer.

"I don't want to hear another word about high-cost cancer care," says an exasperated Diop, adding, "When you're talking about the effect on people's lives and families, how do you measure the cost?"

Diop says Senegal needs to fast-track training cancer specialists and set up one-stop centers where patients have access to all the treatment they need.

"We need to do more screening and record numbers and patients and which cancers are most prevalent," says Diop, stressing that the focus needs to be placed squarely on chronic diseases that are killing the Senegalese.

Senegal doesn't have good statistics on cancer numbers or deaths. Currently, Diop says, prostate cancer is thought to be the country's number one cancer. But he is convinced that breast cancer is a bigger killer in Senegal.

"How do I tell a mother of 35 or 40 that she's come too late and the diagnosis is that she may not survive, despite treatment? That disrupts an entire family, the children's education, the family's future. We must prioritize cancer in Senegal and other African countries, as well as infectious diseases."

The priority right now for widow Madeleine Sene, is her only child, Michel Djery Dogue — the tongue tumor cancer patient.

"We want him to receive radiotherapy in Morocco and return home safely to Senegal," she says. "That's what we're praying for."

Sene clutches her rosary as if for comfort as tears well up in her eyes.