Accessibility links
Company In India Gives Women A Day Off If Their Period Is Painful : Goats and Soda It's been done before. Zambia has "mother's day." Italy is mulling a similar policy. The reaction to the news in India is mixed. 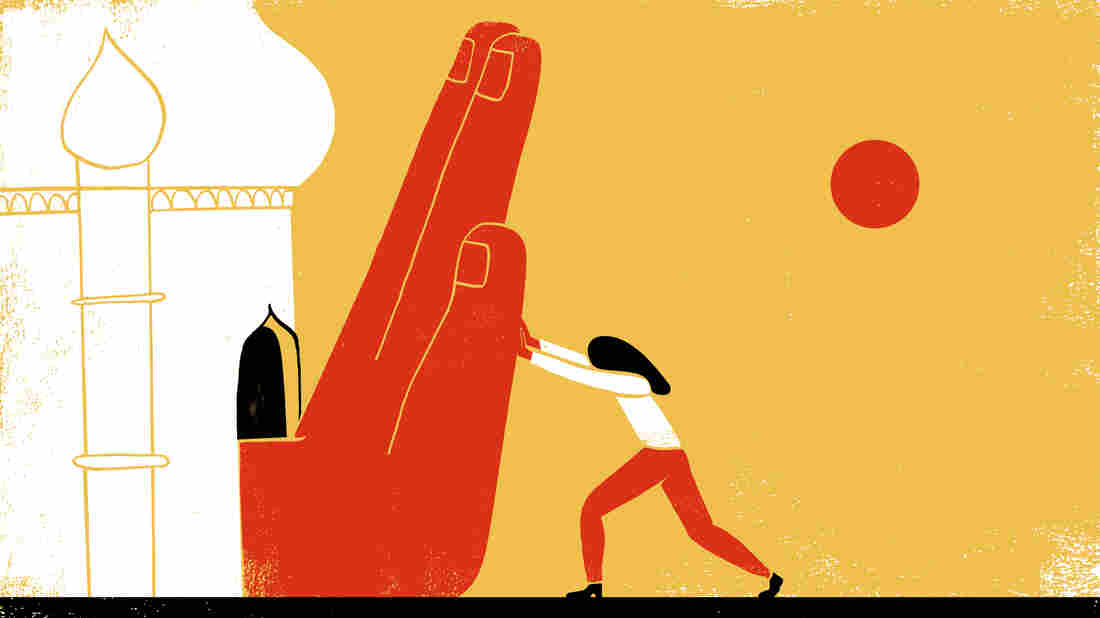 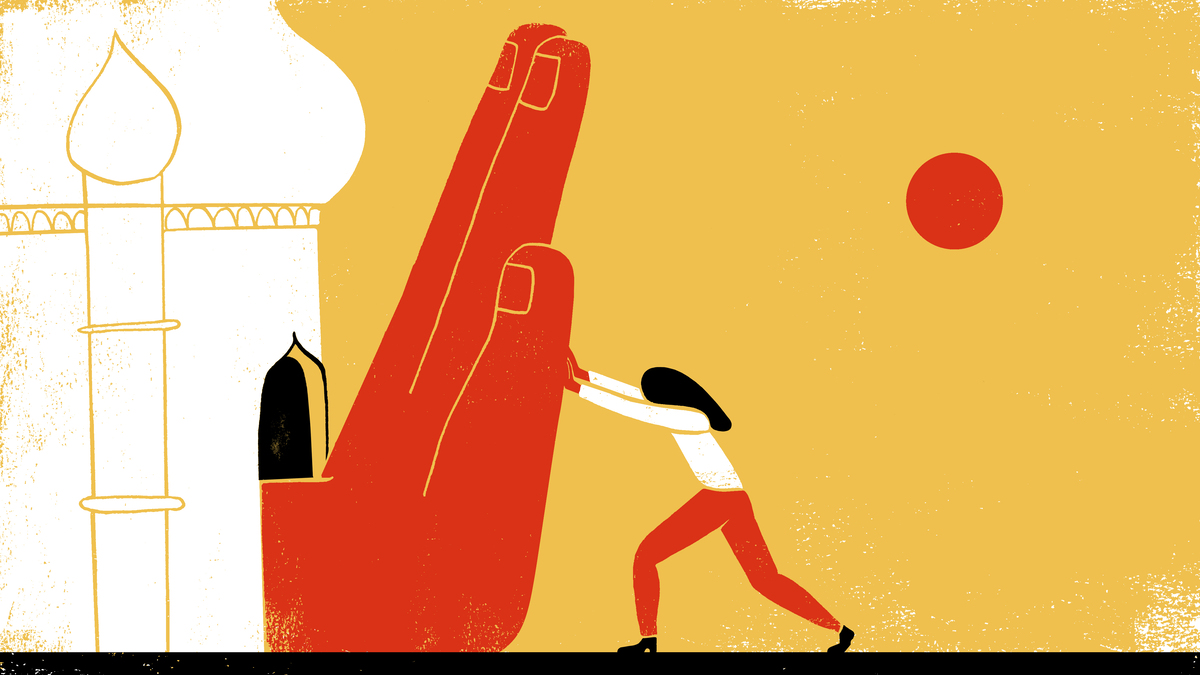 Public discussion of periods is still a taboo in many parts of the world. But this week in India, everybody's talking about the topic.

The reason: an announcement by a Mumbai media firm called Culture Machine: The company has announced that its 75 women employees could take the first day of their period as a paid day off if they experience pain or discomfort. Some reactions have been supportive — and some not.

The rationale at Culture Machine: to reduce the stigma around menstruation as well as make it easier for women to catch a break if they're coping with period pain. Devleena Majumder, president of human resources at the company, said the new policy was formulated after a conversation she had with her team about three weeks ago, over evening coffee. The women were saying how difficult it was to commute to work by public transport on the first day of their period, but they didn't want to use their sick leave to stay home. As the company explained in an press release, they decided that giving woman time off to "keep up with their natural biological cycle" would "empower them to be their "prime selves."

In a country where menstruation is very much considered a women's issue, never to be discussed with men, this step is considered quite bold.

After sharing the news with their staff, the company published a Candid Camera reaction video. A male interviewer asks several women employees about their menstrual challenges and then reveals the company's new policy — #FirstDayofPeriods — or #FOPLeave — as paid leave. The video has had over 1.5 million views on Facebook and well over 100,000 views on YouTube. The employees are all happy, and that mirrors a trend on social media, where hundreds of women have expressed appreciation for a company that understands the challenges of getting to the office and working through the cramping and pain.

Wohoooooo! This is a legit need people! If you can't feel the #FOP pain, atleast try and understand it! #FOPLeave #Blushchannel https://t.co/nZFFGtxI3v

"We are a young organization," says Majumder. "The average employee is 26 and we're 35 percent women. Blush [Culture Machine's video channel for women] takes on women's empowerment. So we thought, 'Why not have policies that are in line with the content we're creating?'"

This kind of policy isn't new. Several countries have a similar national policy, including China, parts of South Korea, Taiwan, Japan and Zambia, where any woman can take a "Mother's Day" leave of absence when she's menstruating. In Italy, the parliament will soon vote on a bill introduced in March that would make such a policy workplace law, mandating three paid days off for women with severe menstrual cramps.

Culture Machine would like to see all of India follow suit. The company is soliciting signatures for a petition asking India's Ministry of Women and Child Development and the Ministry of Human Resource Development to extend #FOPleave into a nationwide policy. The campaign has already garnered 25,000 signatures.

But not everyone is supportive.

Critics say the policy is problematic on many fronts. "It might look like a step for feminism on the surface, but I think it's just the opposite," says Kirti Chopra, who produces TV commercials in Mumbai.

@devleena30 @CNNnews18 #FOPLeave seems to be a completely bizarre idea of forcing uncalled for limelight on a completely private issue.

"The women who have come before us fought for the right to join the workforce. We work to be equal to and better than any challenge out there," she says. "There's enough discrimination against women in hiring, promoting, or entrusting with critical responsibilities at work — because they'll get married, move, get pregnant, have children," says Chopra. "This policy would reinforce that."

Reproductive and sexual health activist Swarnima Bhattacharya, who runs Women's Health Line, agrees. She worries that the policy could be "a wedge between women," with companies favoring employees who come to work on their period over those who don't. Bhattacharya says she is afraid that "women who go on record taking period leaves will be painted as 'unwell women.' "

To allow for discretion, Culture Machine will let employees request the time off online. But how would other companies handle such requests if the policy is adopted more widely? Aparnna Hajirnis, a writer in a large media organization, has to get her leave approved from her boss, not from human resources.

"There is no way I would tell my boss, because I'm not comfortable sharing it with him," she says. "Plus, my friends in HR are wondering how they can verify someone is on their period to sanction their leave. And everyone isn't comfortable sharing their bodily functions with HR either. Why can't women just take a sick day instead, she wonders.

Azeez raises additional concerns: "Men are now [saying] women can't handle their jobs and will use periods as an excuse to slack off." And like other commentators on social media, she points out that women could abuse the policy by taking the day off even if symptoms are mild.

Meanwhile, men on social media are asking who will pick up the slack when a woman takes extra days off. But there is also a lot of support from men who believe the policy is a positive step.

Himadri Barman, a postdoctoral research fellow, acknowledges that policy is "not flawless" but supports #FOPleave.

"It acknowledges periods as a natural thing for women," he says. By contrast, he says, society often penalizes women for their biology — as is the case, he notes, with the tax on "menstrual pads as luxury items."

What's your take on the issue? Should companies — and countries — give women period leave? Send an email to goatsandsoda@npr.org with the subject line "Menstruation" and we'll consider it for a possible follow-up story on NPR.org.