Accessibility links
Former Child Bride Is Pedaling Her Way To A Brighter Future : Goats and Soda After Jenipher Sanni was married at 14, she dropped out of school for a year. Today, she's a a global girl advocate for the U.N. Foundation.

Former Child Bride Is Pedaling Her Way To A Brighter Future

Former Child Bride Is Pedaling Her Way To A Brighter Future 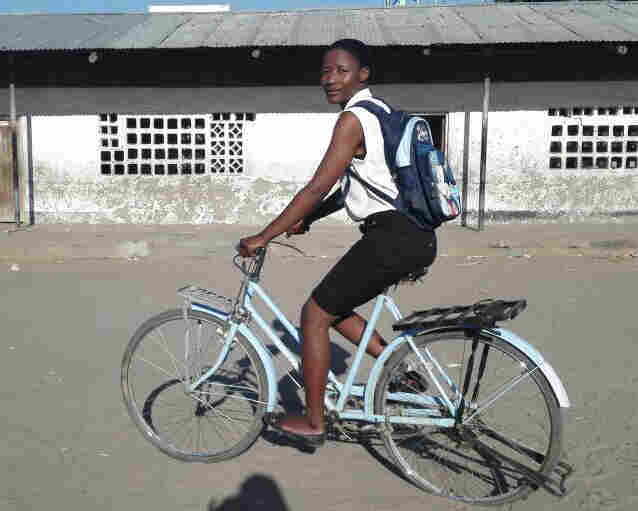 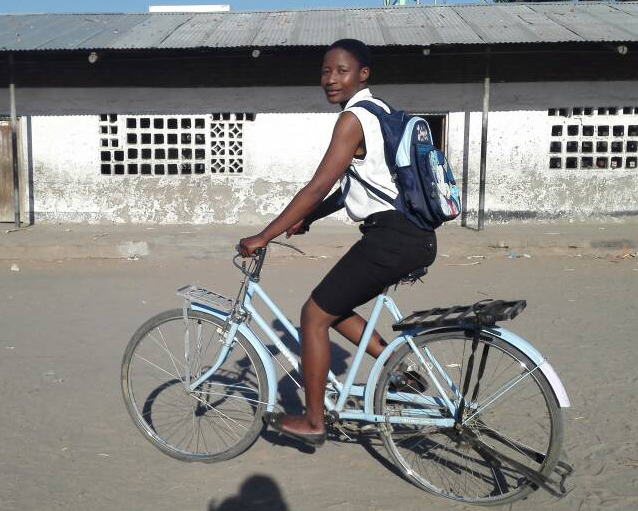 Jenipher Sanni with the bike she used to get to and from school.

A Gender Revolution Hits The Streets, Two Wheels At A Time

At 14, Jenipher Sanni married a man who already had a wife and kids. He yelled at her a lot. She dropped out of school.

Now 20, she's left her husband and is a newly minted high school graduate. And she's helping girls in her community stay in school.

This week, she was in Washington, D.C., to share her story with 300 girl advocates from around the world at the Girl Up Leadership Summit, an annual event organized by the U.N. Foundation. It was her first trip to the U.S. and the first time traveling outside of Malawi.

At the summit, she spoke about the importance of ending child marriage and participated in a lobbying day that introduced the girls to U.S. senators and representatives.

"She's an example of what community participation can do for girls," says Dorothy Nyasulu, an assistant representative with the United Nations Population Fund Malawi who traveled to Washington with Sanni.

According to the U.N., about half of girls in Malawi — including Sanni — marry before they turn 18.

"Getting [married] at 14 years in our community, it is not so strange. Because some people see [it] as normal," as part of the culture," says Sanni. "It's not good."

Sanni knows from experience. When she was 14, she married a man with two children from another wife.

"He was shouting always at me," she says.

She stopped going to school because she got married, she says. But she didn't stay in the marriage long.

A local mothers' group encouraged her to leave her husband and go back to school. She left him when she was 15.

After missing one school year, she went back with support from the U.N. Joint Programme on Adolescent Girls, funded by the UNFPA.

"[They] rescued me from marriage and put me back to school," she says, adding that they paid for her books, bags and school fees. It's a big help. Although the fees are just $10 for a three-month term, her mom, who is single and doesn't work, struggles to find them enough food to eat.

And then there's her commute. Sanni had to walk about 2 miles to get to school, and then walk home at the end of the day. Some of her friends had even longer walks — more than 3 miles each way, she says.

A bike she received from the SchoolCycle program in 2015 made it much faster for her to get to and from school.

She just finished Form 4 — the equivalent of her senior year of high school. She's waiting to see how she did on exams. If all goes well, she hopes to attend university. She dreams of becoming a nurse or a teacher.

Sanni mentors other young girls as part of the Malawi Girl Guides Association. She meets with them to discuss topics like leadership — and how to manage their periods when there's no running water at school.

And she tells them to stay in school and not get married, because she doesn't want them to suffer as she did. 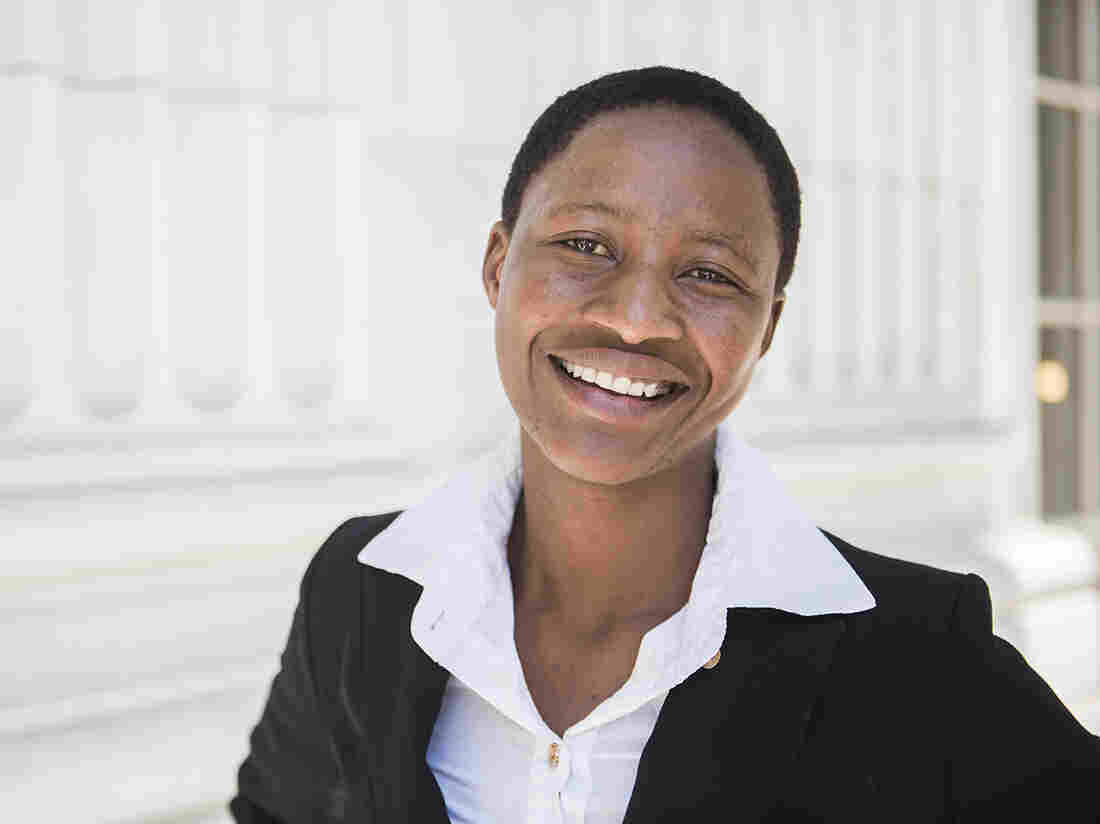 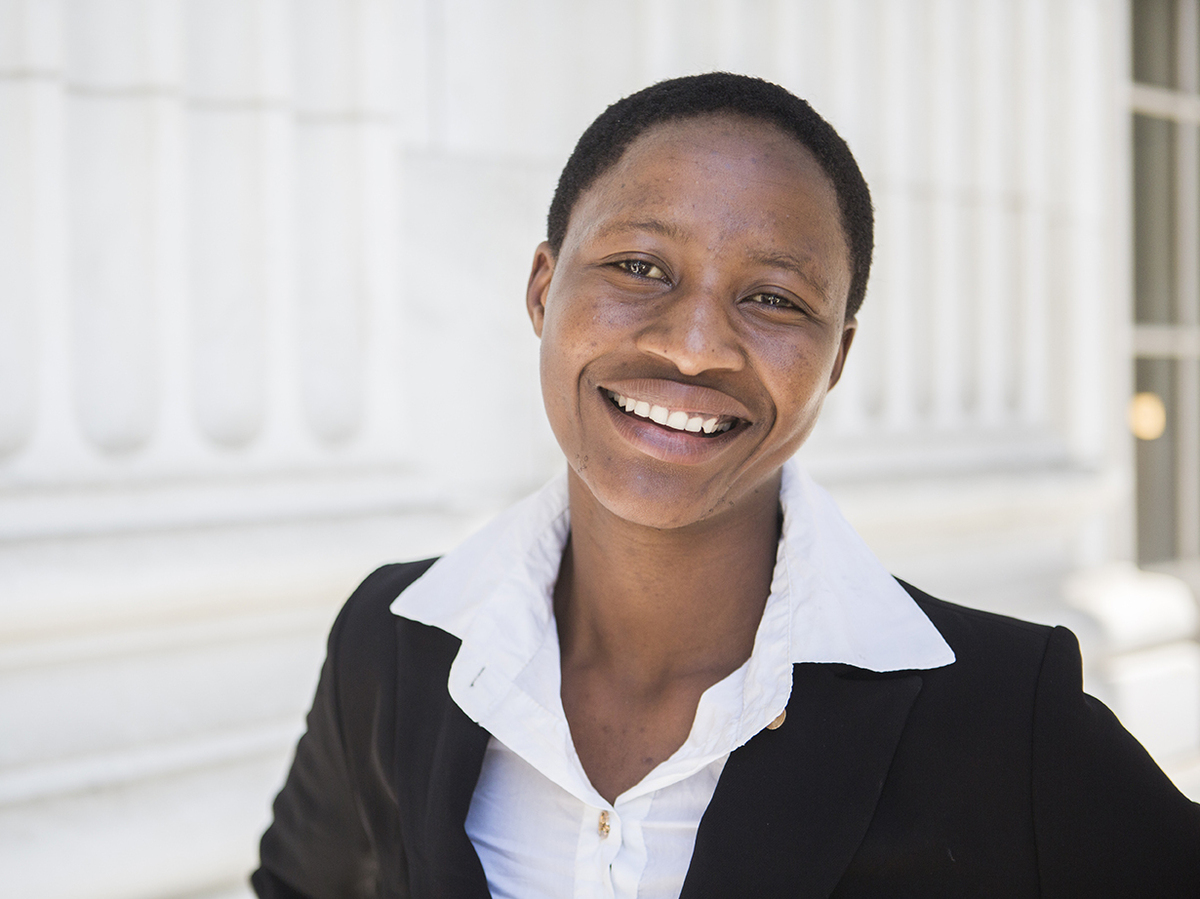 Jenipher Sanni at the Girl Up Summit in Washington, D.C.

Sanni says she's noticed that people in her community are becoming more aware of the importance of education for girls. When she started secondary school, there were only two girls in Form 4. The next year, there were six. In her class there were 25 girls.

Changes in Malawi's laws are also "a step in the right direction," Nyasulu says. The president of Malawi signed a constitutional amendment in April that changed the legal age of marriage to 18. Previously, girls could legally marry at 15 with parental consent.

"Passing legislation is one thing. Having it implemented is yet another," she says. She's meeting with local leaders to make that happen.