Accessibility links
A New Vaccine Campaign Could Be The First Step In Wiping Out 'Goat Plague' : Goats and Soda It's a pestilence that strikes goats, sheep and other small ruminants in Africa, the Middle East and Asia. It can wipe out nearly an entire herd. Now there's a vaccine campaign to wipe the virus out.

The War Against 'Goat Plague'

The War Against 'Goat Plague' 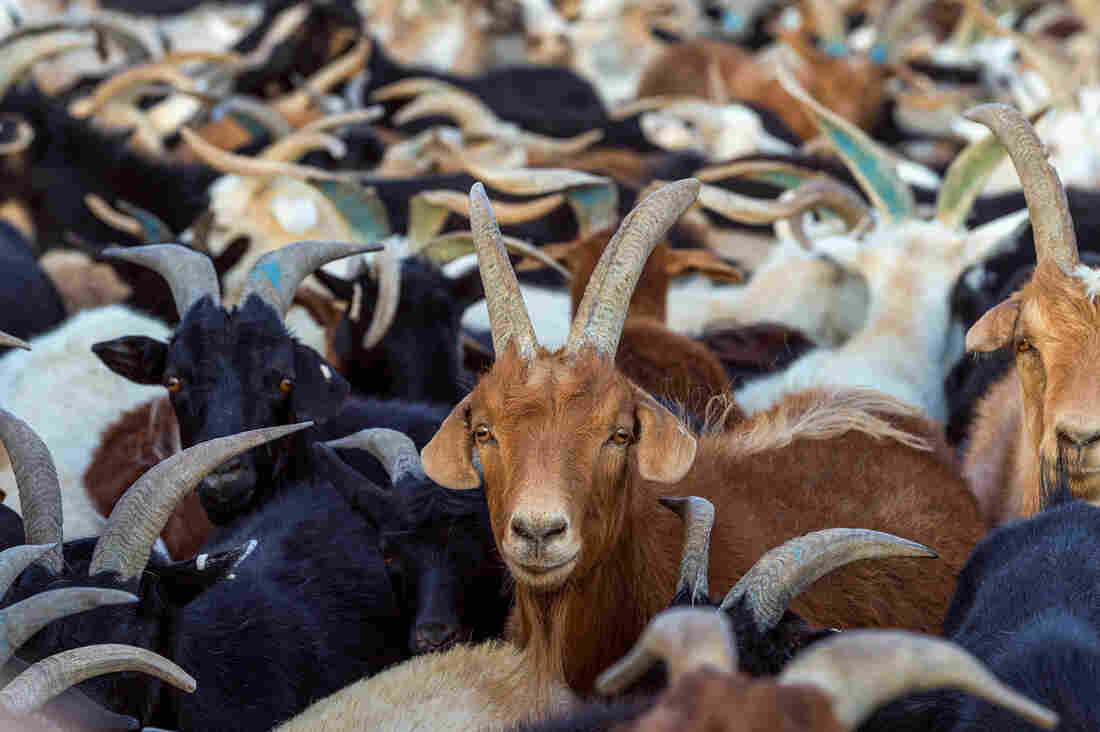 The so-called "goat plague" started out in the Ivory Coast and has spread as far as Mongolia, where goats (above) and sheep and antelopes and even camels are at risk. Joel Saget/AFP/Getty Images hide caption 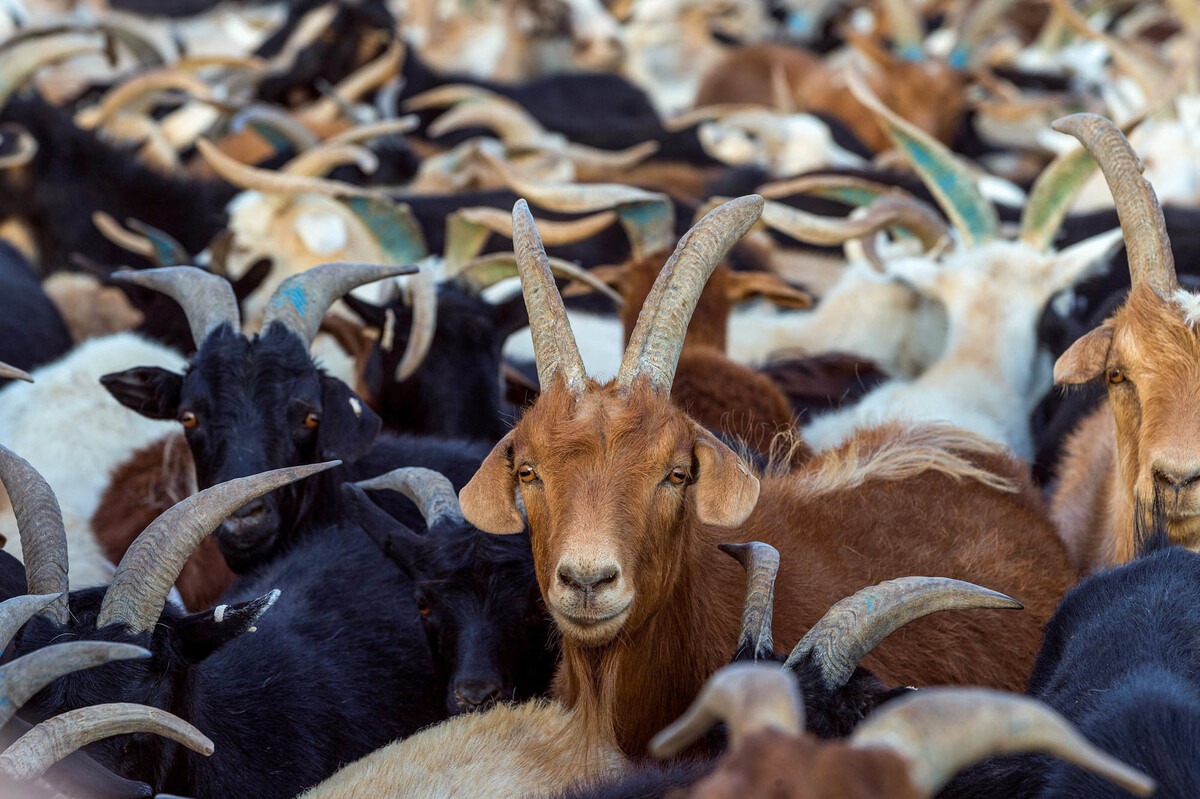 The so-called "goat plague" started out in the Ivory Coast and has spread as far as Mongolia, where goats (above) and sheep and antelopes and even camels are at risk.

If you're a goat, you sure don't want to catch "goat plague."

The same goes for sheep along with wild animals that are at risk, like antelope and camels.

The proper name for the virus is "peste des petits ruminants" and it is indeed a pestilence. Symptoms include "a high fever, listlessness, eye and nose discharges," says Adegbola Adesogan, professor and director of Feed the Future Livestock Systems Innovation Lab at the University of Florida.

And that's just the beginning.

"Then the animal cannot eat because the mouth is covered in painful, erosive lesions," Adesogan says. The weakened animal is susceptible to pneumonia and diarrhea. Up to 90 percent of a herd can be wiped out.

That can mean economic disaster for the many folks who depend on livestock to make a living in Africa, the Middle East and parts of Asia where the virus strikes. They can lose their main source of income, they may no longer have money to send their kids to school. Even a family that just keeps a few goats could lose the milk they give to their kids.

"It costs between $1.5 and $2 billion in losses annually to 330 million of the world's poorest people," Adeosgan says.

The virus was first identified in Ivory Coast in 1942 and has spread to some 70 countries since then. It is quite good at spreading, both by animal-to-animal contact and through the air. "It's very, very contagious," says Adesogan.

It has not reached the United States because our quarantine measures and our control of animal imports keep sick animals out. Since the acute form of the disease lasts only a week or two, quarantines definitely work. Nor has it been reported in Europe.

Now there's an effort to eradicate the disease by 2030 — to wipe it out just as its relative, the cattle plague called rinderpest, was officially eliminated in 2011 after decades of effort. The key is to vaccinate the herds with a shot administered in the neck or rump. The problem up until now has been that the freeze-dried vaccine was only effective if kept at about 39 degrees Fahrenheit. And there isn't a lot of refrigeration available in many parts of the world where the virus lurks.

A new, improved vaccine has been formulated. "It can last many months at 37 degrees centigrade," says Jeffrey Mariner, professor at Cummings School of Veterinary Medicine at Tufts University. That's about 98.6 degrees Fahrenheit.

Mariner, who worked on the rinderpest campaign, is now setting up a $2.5 million project, funded by the U.S. Agency for International Development. Researchers from Tufts and the University of Florida, including Adesogan, are involved. Mariner and his team are explaining the vaccine to people who keep livestock as well as to veterinarians, community animal health workers and other interested parties.

One thing to be discussed: vaccine finances. One question is whether to require farmers to pay vaccinators a small fee, say a penny per animal, to administer the vaccine. That could be an incentive to make an extra effort, Mariner says. "For 1,000 animals a day that's $10, a lot of money for a community health worker," says Mariner.

The vaccine should confer three years of protection, says Mariner — in developing countries, he says, goats and sheep typically don't live much longer than that.

Lorne Babiuk, a professor at the University of Alberta who works on vaccines for both animals and humans, endorses the strategy. Babiuk, who is not part of the vaccination project, says "it is critical to eradicate or control the virus because it does cause significant economic losses. The heat tolerance [of the vaccine] is critical," he adds, in the success of a mass vaccination campaign.

Results of a trial in Uganda will be evaluated in about 2 1/2 years.

If the campaign works, that's good news not only for the many livestock farmers but for wild animals as well. Last year, some 5,000 endangered saiga antelopes in Mongolia were wiped out — roughly half their population. Another endangered species, the wild Bactrian camel, is also at risk.

But humans shouldn't worry about this virus, says Mariner. There's no evidence that people are susceptible.