Accessibility links
5 Quotes From USAID Head Mark Green On His First Day On The Job : Goats and Soda "Let's get at it. We got work to do," Mark Andrew Green told his employees. Here are highlights from his remarks. 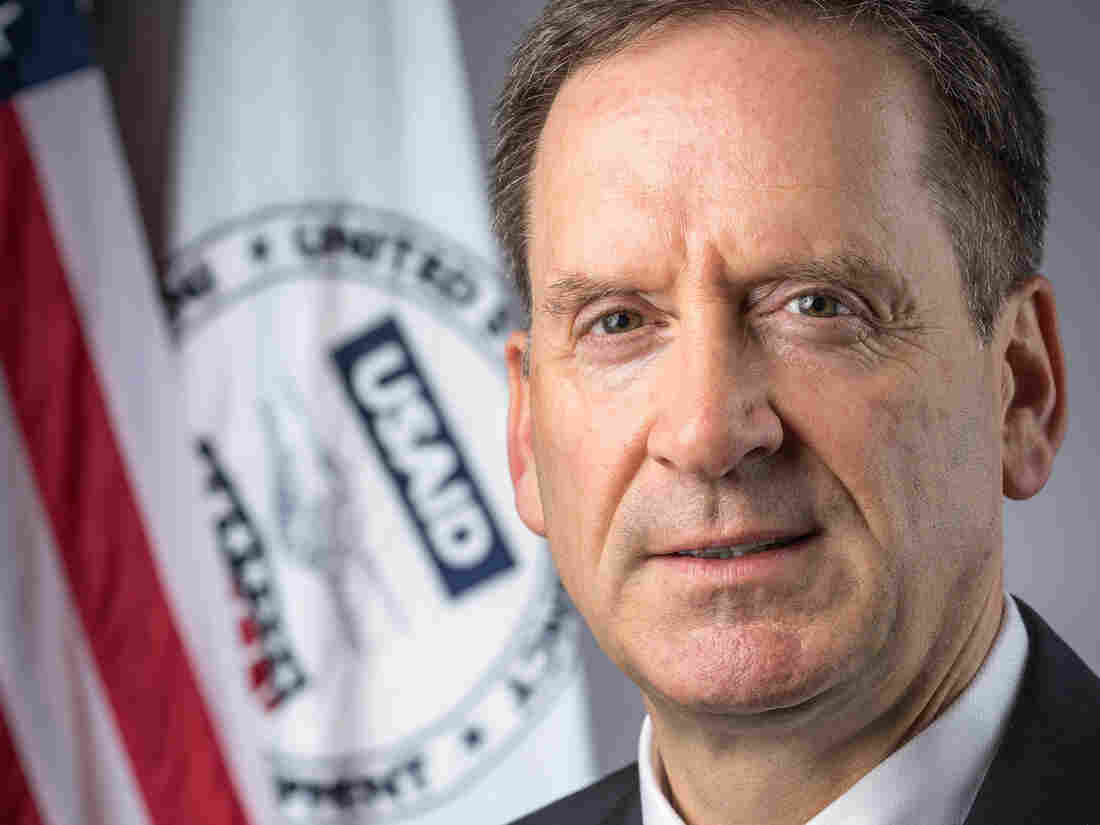 New USAID Director Mark Green: "I believe the purpose of foreign assistance should be ending its need to exist .... Now, I'm under no illusions. In some places, that day is quite a ways off." Robb Hohmann/USAID hide caption 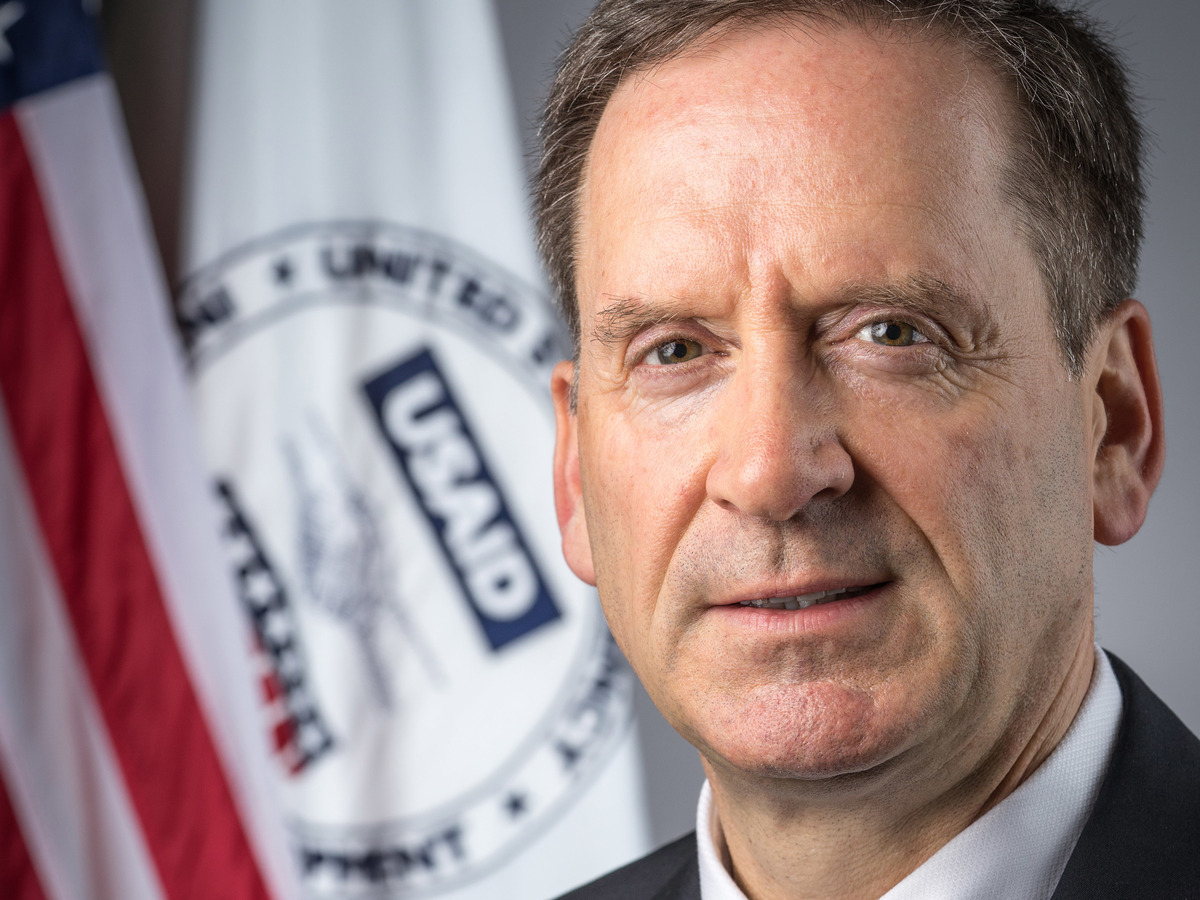 New USAID Director Mark Green: "I believe the purpose of foreign assistance should be ending its need to exist .... Now, I'm under no illusions. In some places, that day is quite a ways off."

Mark Andrew Green, the new head of the U.S. Agency for International Development, kicked off his first day on the job with a speech to hundreds of employees. In his speech on Monday, he focused on what they can expect from him and his vision for USAID.

"I can't tell you what an honor and a relief it is to finally be here with you," said Green, a former Republican congressman from Wisconsin. "Let's get at it. We got work to do."

The Senate confirmed Green last week. He was appointed by President Trump in May.

The Trump administration has proposed cutting international aid by nearly a third — a move that "would be really debilitating to the agency," Jeremy Konyndyk told NPR's Jason Beaubien in May. Konyndyk, former head of USAID's Office of U.S. Foreign Disaster Assistance, is now a senior policy fellow at the Center for Global Development.

The challenge for Green: trimming programs without gutting them, Konyndyk says.

"That's going to be a critical early test," Konyndyk says.

But Konyndyk isn't worried about how Green will handle this challenge.

"I wouldn't foresee him being someone jumping into this job with an eye toward deconstructing USAID or making debilitating cuts to U.S. development investment," Konyndyk told NPR.

Here's a roundup of quotes from Green's speech:

On his vision for the agency:
"I believe the purpose of foreign assistance should be ending its need to exist. Each of our programs should look forward to the day when it can end. And around the world we should measure our work by how far each investment moves us closer to that day. Now, I'm under no illusions. In some places, that day is quite a ways off."

On how he hopes to work with USAID:

"In the area of humanitarian assistance, we will always stand with people when disaster strikes or crisis emerges. But we'll also call on others to do their part. We'll work relentlessly to ensure that we deliver assistance in the most effective, efficient manner possible, meeting their needs and also building resilience against future crisis."

"You also should expect leadership that challenges you... I like to test you. I even like to rattle you. In truth, I'm often playing devil's advocate. But I want to make sure you've thought things through. I don't want the company line. I want your judgment, I want your opinion. I want to hear from you on all those experiences that you've had, and those thoughts and ideas that you have."

On decisions about funding:

"These 98 tiles here on the wall [with the names of USAID employees who died in the line of duty] are obviously a reminder to all of us, not just of the courage and dedication of our wonderful team all around the world, but, sadly, also of the high price that some have paid for doing their work, for lifting lives and building communities. Just like all of you, I'll never forget that we're called upon to work in dangerous and difficult places. And so many of you do that with bravery and courage and distinction."