Accessibility links
Zimbabwean Nurse Wins Award For TB Testing Research : Goats and Soda Chenai Mathabire dreamed of being a model, but life had different plans. She recently won an award for proving that a rapid TB test could be used successfully in clinics across southeastern Africa. 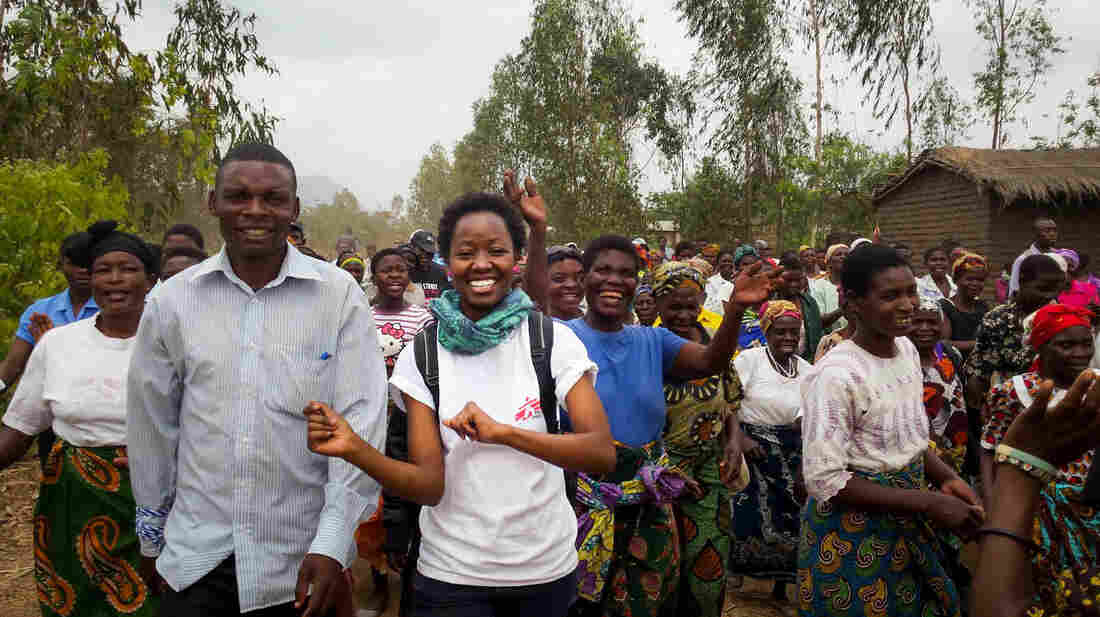 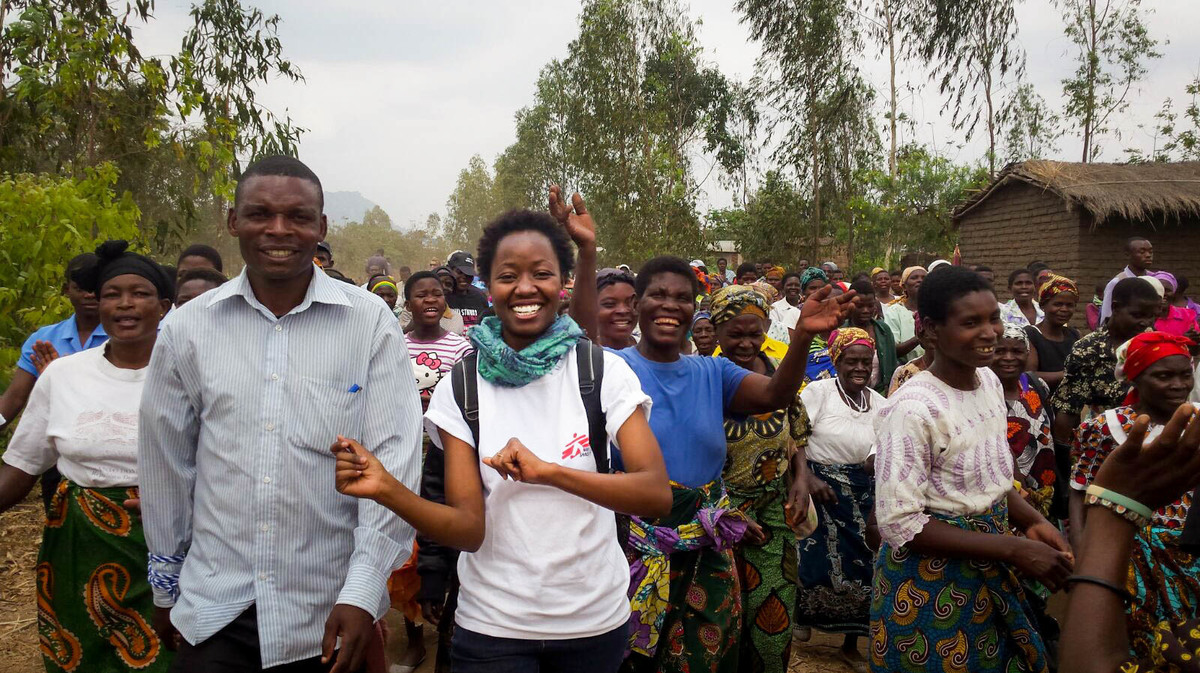 There was a time when Chenai Mathabire read Vogue, watched beauty pageants on TV and fantasized about being a supermodel. Today she helps the sick and injured as a nurse and epidemiologist.

Last month, the 35-year-old Zimbabwean received an International AIDS Society prize for showing that a faster tuberculosis test could be implemented at health centers in southeast Africa. Her work will help save the lives of HIV-positive patients who contract TB.

"Nursing is often looked down upon and people just think you are there to be the maid of the doctor or do the dirty work. But teachers made me realize that nurses have a big role to play," says Mathabire.

They Never Told Her That Girls Could Become Scientists

In Zimbabwe's bustling capital, Harare, Mathabire earned high enough points in her studies to pursue a degree in physiotherapy, occupational therapy or nursing at university. She chose to become a nurse — the first nurse in her family. In 2008, she was between jobs and Zimbabwe was facing economic problems. Mathabire decided to apply for a job at Doctors Without Borders.

The work took her into some of Africa's grimmest situations. She helped diagnose malnourished children with HIV, tuberculosis, pneumonia and malaria in Zimbabwe. Then she supervised workers who were teaching HIV-positive pregnant women how to protect their children from the virus. After that, she worked in a mobile hospital in South Sudan, treating gunshot wounds during a tribal war.

In 2015, she was recruited for her first research assignment at Doctors Without Borders, work that would eventually earn her an International AIDS Society prize. She knew that TB was the No. 1 killer of HIV-positive patients from her previous work, but she didn't know about the rapid tuberculosis test until she read the study's protocol. She was eager to get started on the project.

For two years, Mathabire and a team explored how easily health clinics and hospitals in the Chiradzulu District of Malawi and the Chamanculo District of Mozambique could implement the tuberculosis test for HIV patients, who are more susceptible to the infection.

In Malawi and Mozambique, HIV is the leading cause of death. It is often spread through unprotected sex, and it has wiped out 27 percent of Malawi's and 24 percent of Mozambique's populations according to the Centers for Disease Control and Prevention.

Finding out whether an HIV-positive person has tuberculosis is a matter of life and death. Mathabire remembers a Malawi man in his early 30s who left a clinic untreated. The rapid test, which analyzes a molecule in the patient's urine with a paper strip, had shown that he had TB. A coughing test didn't. But doctors weren't referring patients for the rapid test in their assessment of the man. It hadn't yet been approved by the Ministry of Health which was awaiting the World Health Organization's policy guidance. The man died before he could go back to get help.

His story wasn't unique, Mathabire says. "It's very sad but then you realize why you are doing the study — to prevent this from happening," she says. "You start to realize the urgency of what you are doing."

Under normal circumstances, patients are given cough tests or chest X-rays to test for TB. Mathabire's team found that it takes an average of two to four days for results, but the wait could drag on for months.

Though the government of Malawi pays for certain medical care, including tuberculosis treatment, patients might not have the money to pay for a bus ride to the hospital or clinic for follow-up visits. And more remote clinics don't always have the resources to transport samples to hospitals.

With the rapid TB test, sick patients could begin treatment the same day. Mathabire's data showed that the test provided results in less than an hour. Staff in Malawi and Mozambique could be trained to administer the test in just a few hours. And doctors, nurses and clinical officers said it was easy to interpret the bands on the test strips.

Mathabire also found that patients weren't skeptical of a new method. They really wanted to take the high-tech test. Mainly peasant farmers, they took the words of the health workers seriously. "Everybody basically knew somebody that had died of HIV [and opportunistic infections] in a terrible way," she says. It was like that in Zimbabwe too.

The team's findings, published by Doctors Without Borders this year, has led some of the health centers where the aid group works to embrace rapid TB testing. It could pave the way for more facilities to incorporate the test it into their health systems, meaning faster care for the sickest of HIV patients.

In a statement, International AIDS Society president Linda-Gail Bekker said that Mathabire's research will "support the next generation of investigators whose work can help to change the course of this epidemic."

Mathabire still works for Doctors Without Borders and is considering conducting more research on HIV and tuberculosis. But her award-winning research isn't the only major event of her summer.

She moved to Falun, central Sweden, to marry an infectious disease specialist whom she worked with in Zimbabwe. True to her early love of fashion, she's sewing her own wedding dress, with glass beads, silk and lace.

Sasha Ingber is a multimedia journalist who has covered science, culture and foreign affairs for such publications as National Geographic, The Washington Post Magazine and Smithsonian. You can contact her @SashaIngber.