Accessibility links
Zambia Anthrax Outbreak Tied To Hippo Meat : Goats and Soda In Zambia, some people were so hungry that they risked their health to eat hippo meat infected with anthrax. Researchers say it reveals how food insecurity can spread disease. 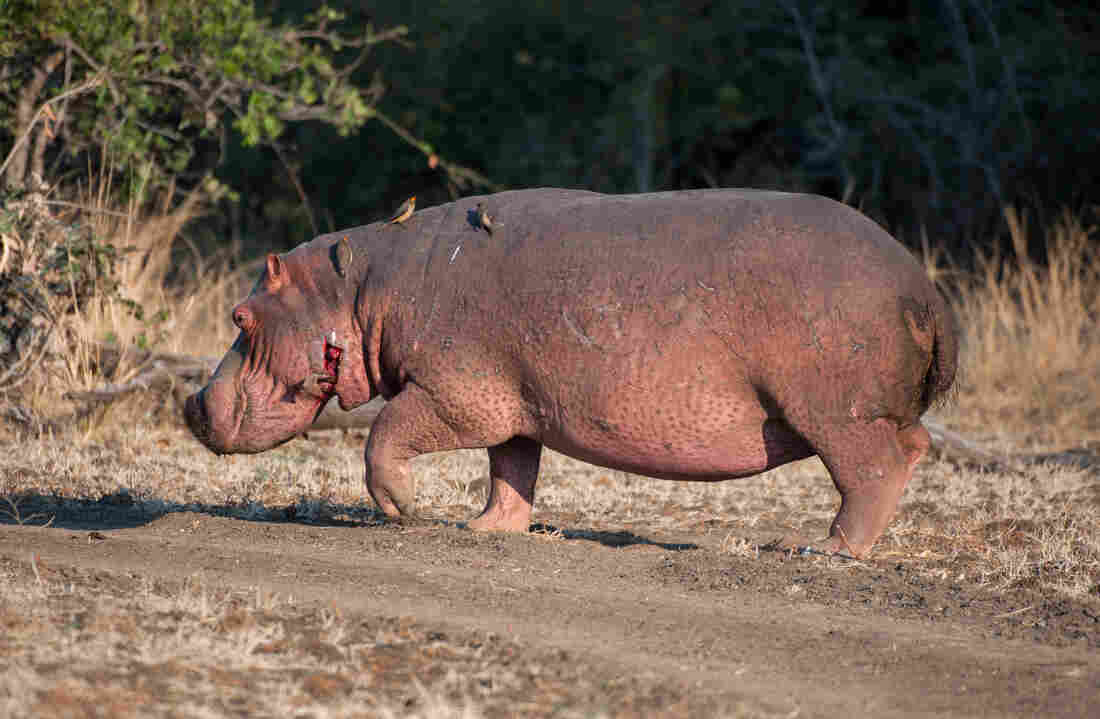 A hippo walks through the South Luangwa National Park in eastern Zambia, where an anthrax outbreak occurred in 2011. Wolfgang Kaehler/LightRocket via Getty Images hide caption 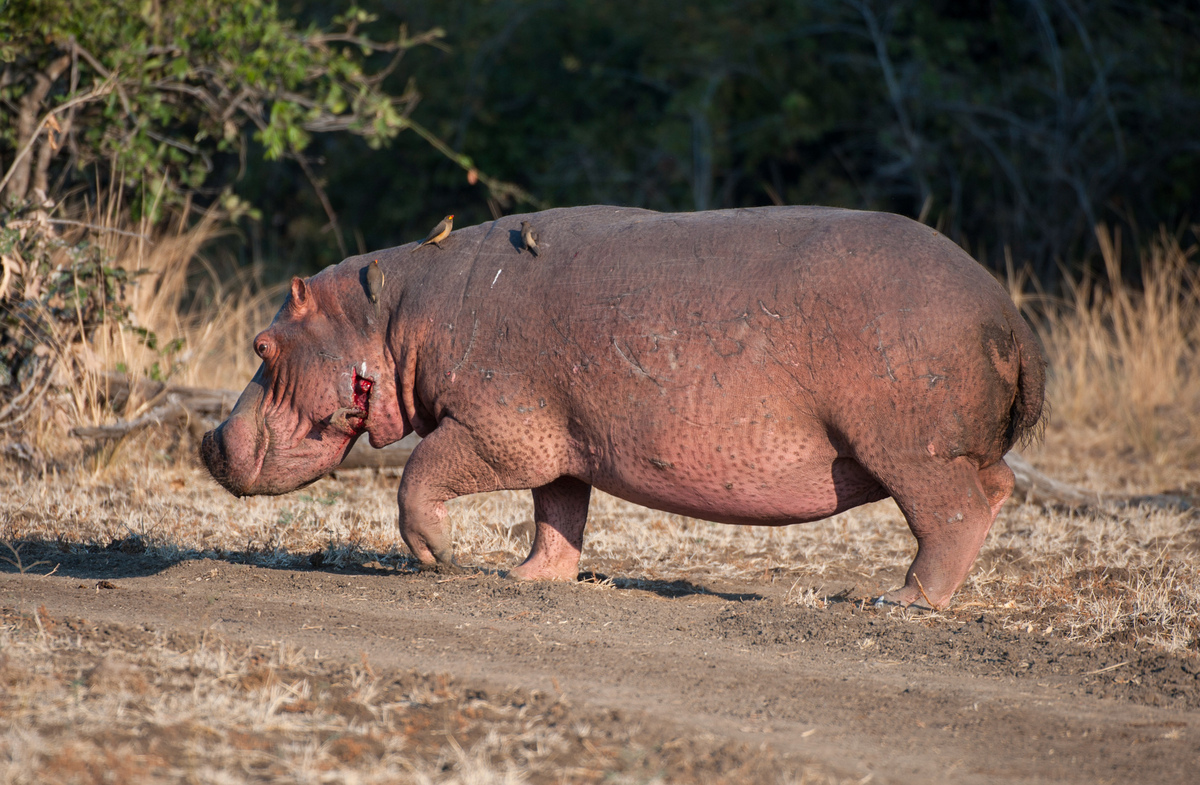 A hippo walks through the South Luangwa National Park in eastern Zambia, where an anthrax outbreak occurred in 2011.

A few years ago in Zambia, hippos were dropping dead by the dozens. Soon after the hippos fell ill, people started getting sick, too.

Between August and September of 2011, at least 85 hippos died in a game management area along the South Luangwa River near the border with Malawi. It turns out the hippos were the victims of anthrax, the same bacteria used in a series of letter attacks that killed five people in the weeks after Sept. 11. The anthrax outbreaks in hippos and humans in Zambia however, weren't part of some sinister terrorist plot. Instead, they were driven by hunger.

"There have been recently documented [animal] outbreaks all over the world including Italy, Russia, Spain, Zambia, South Africa, Zimbabwe."

Marx was working for the Centers for Disease Control and Prevention when the Zambia outbreak occurred. It was the dry season — also known as the lean season, when food is in short supply for both hippos and humans. It's a time when the hippos will chomp grasslands down to almost bare dirt and rip out clumps of grass, unearthing spores of anthrax.

In 2011, as the hippos succumbed to the anthrax infections, local villagers butchered their carcasses for their meat.

Soon more than 500 human anthrax cases were reported in the area and at least five people died.

This was a major outbreak. Local health officials were even pulling in foreign disease experts including Marx to respond to it. Despite this, Marx and her colleagues found that nearly a quarter of the local residents said that the rash of cases wouldn't stop them from continuing to butcher dead hippos.

"People said they'd eat the meat again even knowing that it could give them anthrax," Marx says.

Meat is in short supply in this game management area in Zambia. Because the wildlife is protected, the locals aren't allowed to hunt for food. But scavenging is different.

"For them finding a dead animal when they're running low on food reserves at home seems like a good thing. This is why a lot of people took the risk even though they might get anthrax," she says. "But my feeling is they weren't thinking about that risk. They were thinking about how nice it would be to feed their family."

Part of their willingness to take that risk may also have been because anthrax is easily treatable with antibiotics. Those drugs were readily available at the local health clinic. If the hippos had been dying of some other infection, the human fatality rate may have been far higher.

As millions of people in Africa face severe food shortages this summer, the roots of this hippo anthrax outbreak in Zambia are worth pondering. Earlier this year, the United Nations warned that in just four countries — Nigeria, South Sudan, Somalia and Yemen — nearly 20 million people are facing starvation. The U.N. called it the worst humanitarian crisis since World War II, and that's just four countries.

In many other parts of Africa, including Ethiopia, the Democratic Republic of Congo, Kenya and yes, parts of Zambia, food shortages could also reach crisis levels. The transmission of anthrax from dead hippos to hundreds of people in this 2011 incident underscores that people who are desperate will take incredible risks to acquire food.

And that could have major public health consequences. This study published Wednesday by Marx and her colleagues in the CDC journal Emerging Infectious Diseases, shows how a lack of food can lead directly to a human disease outbreak.

In this outbreak, it was anthrax. But somewhere else, hunger could drive people to hunt sick monkeys or dying bats that are harboring some other scary pathogen. Scientists suspect this could be how the Ebola virus pops up occasionally in humans.

Marx's study concludes that "food insecurities appear to be the primary reason for handling and consuming meat from animals found dead."

Marx says the 2011 anthrax flare-up in Zambia shows the need for a more collaborative, comprehensive and preemptive approach to preventing new disease outbreaks.

"The thing about anthrax outbreaks is that the animal outbreaks are predictable — and in Zambia they're seasonal. They happen in the dry season," Marx says. "The authorities can pinpoint areas that are prone to outbreaks. They can warn people who live there to avoid dead animals."

And she adds, "There does need to be more focus on food insecurity."

Adequate food reduces the risk of an outbreak by making it less likely that people will eat dodgy bush meat. Chalk this up as one more reason to feed the hungry.