Accessibility links
Deadly Bird Flu In China Evolves, Spreads To New Regions : Goats and Soda In the 2017 outbreak, the Chinese government reported 759 cases of the H7N9 avian flu, with 281 deaths. By comparison, in 2016 there were 123 cases. 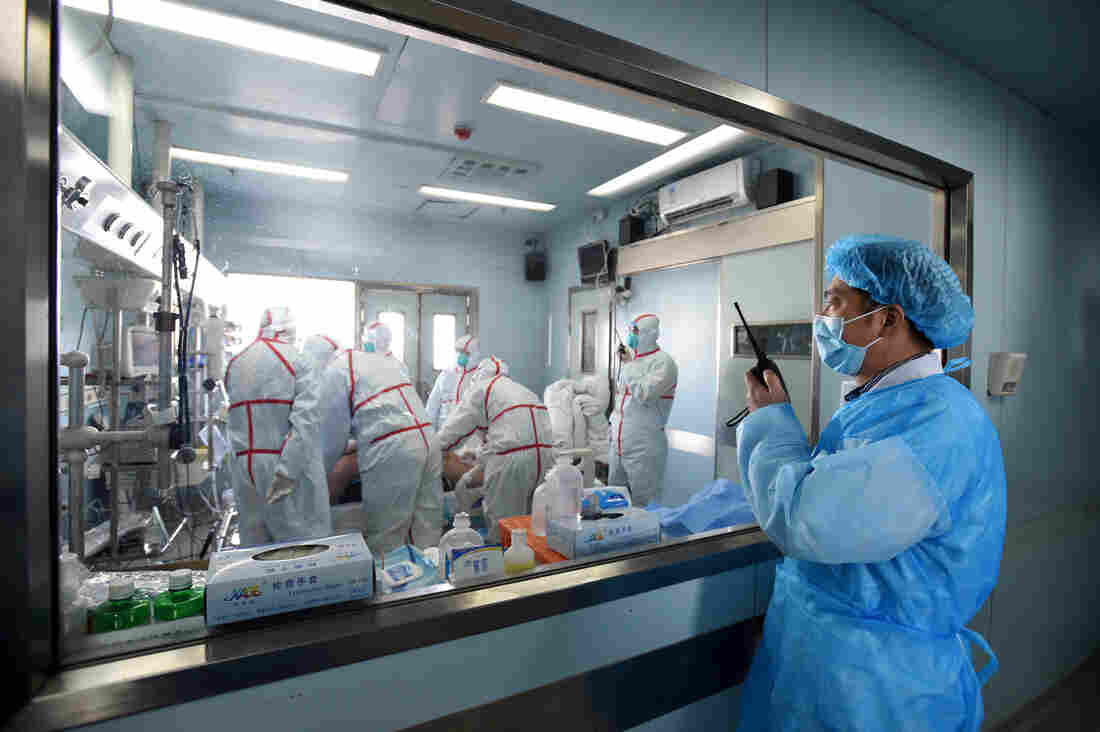 A patient with the H7N9 avian flu is treated in a hospital in Wuhan, in central China's Hubei province, in February of this year. The 2017 outbreak was the deadliest in China since H7N9 first appeared in humans in 2013. AFP/Getty Images hide caption 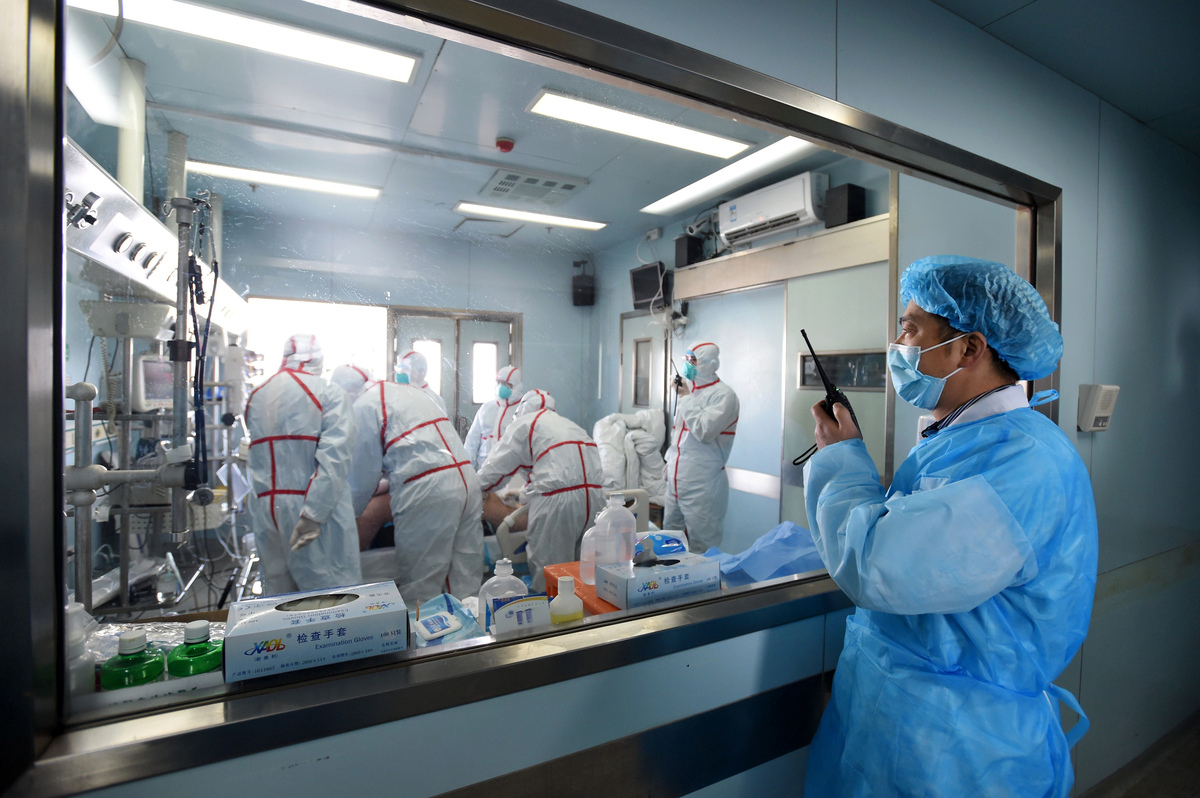 A patient with the H7N9 avian flu is treated in a hospital in Wuhan, in central China's Hubei province, in February of this year. The 2017 outbreak was the deadliest in China since H7N9 first appeared in humans in 2013.

This past year China had the largest outbreak of a deadly bird flu since the virus was first detected in March 2013.

For the past five years, China has had annual waves of H7N9 outbreaks that peak around January and February.

During the 2017 season, the country reported nearly the same number of cases as all four previous years combined, researchers at the U.S. Centers for Disease Control and Prevention report Thursday. The virus cropped up in more geographic regions. And it showed signs of evolving in ways that cause concern.

As NPR reported in April, the virus has picked up mutations that make it more deadly in poultry and less susceptible to antiviral treatments. "Our research shows it can kill all the chickens in our lab within 24 hours," virologist Guan Yi told NPR.

H7N9 isn't your run-of-the-mill bird flu. H7N9 is "the influenza virus with the highest potential pandemic risk," the CDC writes in the journal Morbidity and Mortality Weekly Report.

In people, H7N9 can cause a severe form of pneumonia and progress into septic shock and multiorgan failure. "We know of only a small number of people who presented with influenza-like symptoms and then recovered without medical attention," the World Health Organization says.

Although H7N9 has potential to evolve in a global threat, right now it has one severe limitation that restricts its potential to spread: The virus doesn't transmit easily between people. About 90 percent of people catch the virus by handling poultry.

But person-to-person transmission is possible. During 2017, there were 14 clusters of cases in which a person passed the disease to at least one other person.

Since March 2013, there have been 1,557 cases of H7N9 reported worldwide. All infections were caught in China, Hong Kong or Macao. Nearly 40 percent of those infections were deadly.