Accessibility links
Free Menstrual Pads May Not Be Enough To Help Girls Deal With Their Period : Goats and Soda Governments in countries across Africa have promised to deliver free menstrual pads to girls. But are they getting the details right?

The Problem With Free Menstrual Pads

The Problem With Free Menstrual Pads 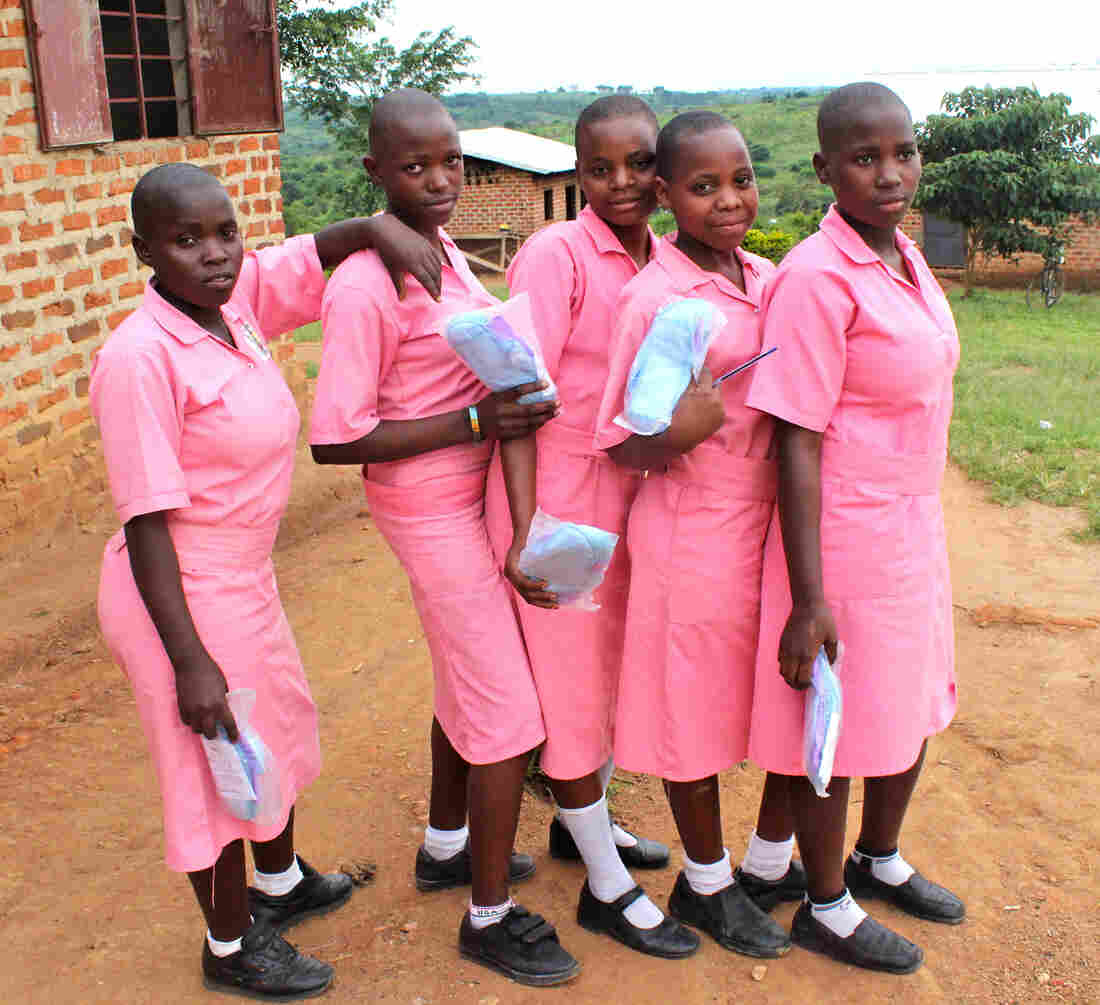 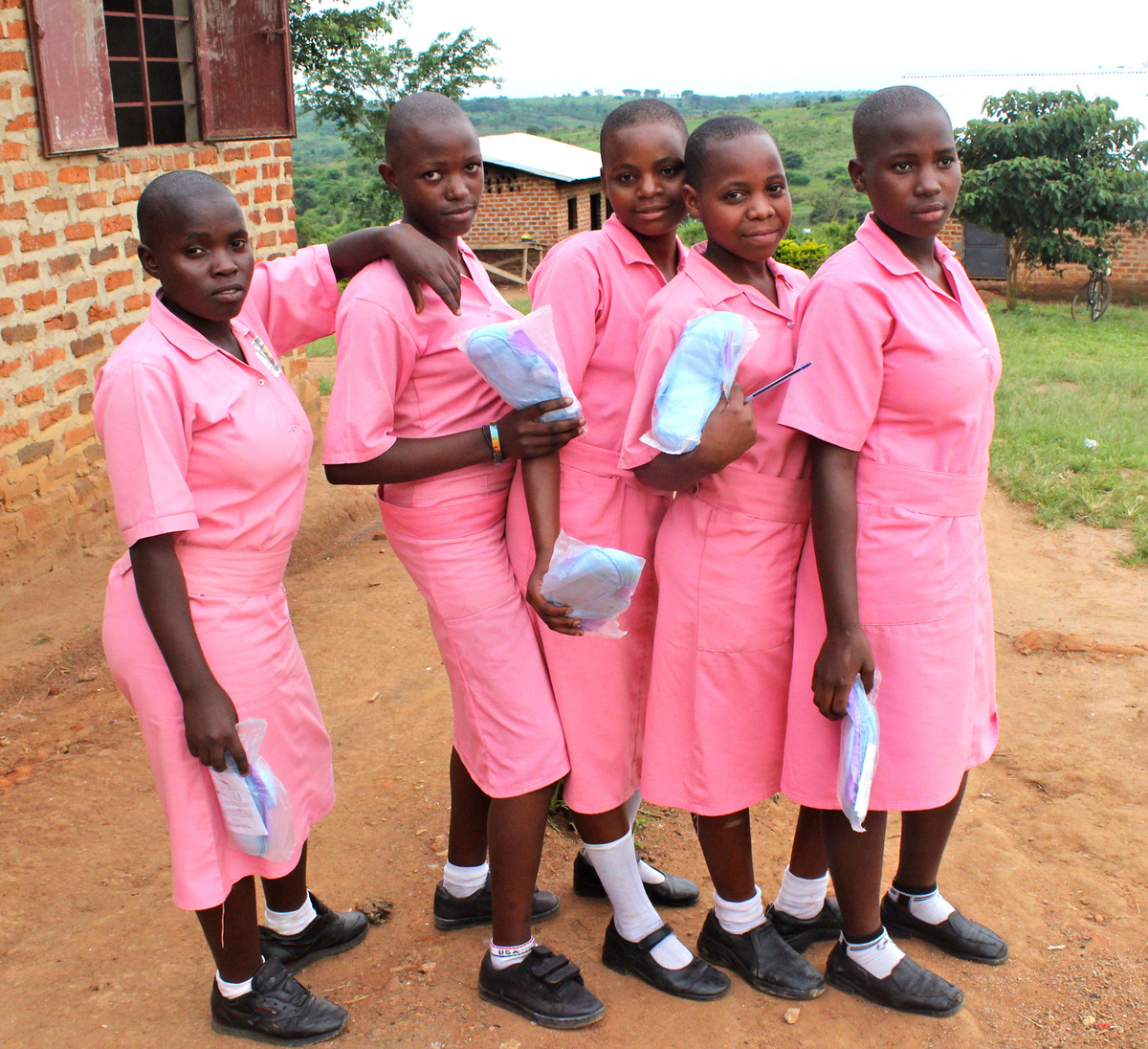 Girls in Uganda hold reusable menstrual pads, which they received after a reproductive health presentation at school.

Sanitary pads are expensive. And in some parts of the world, hard to come by. So why not give pads away for free?

It's an idea that a number of governments have considered this year. Several African countries, including Kenya, Uganda and Zambia, have taken steps toward giving free sanitary pads to girls. In August, Botswana joined the club. And it's not just happening in low- and middle-income countries. In July, the Scottish government launched a project to distribute tampons and pads to women who can't afford them.

For some governments, the goal is to boost school attendance for girls. Perhaps free pads would make it easier and more comfortable for girls to manage their periods at school. Others hope that the pads could reduce anxiety about periods — less worry about stains or how to get the next pad, for example.

While menstrual health researchers say it's encouraging that more countries are talking about periods at the highest levels of power, some question the motivations.

Some critics in Kenya chalk up the plans as campaign promises, and aren't sure the government will follow through. In June, Kenyan President Uhuru Kenyatta signed an amendment about sanitary pads into law, less than two months before the country's presidential election. The law said the government would give pads to all girls in public schools who've reached puberty and make sure they have a way to dispose of the pads.

Jane Otai, an adolescent health advisor in Kenya for the Johns Hopkins University-affiliated nonprofit Jhpiego, commends the new law. But the timing of its signing tempers her enthusiasm. "Any promises coming from politicians at this time — you take with a pinch of salt," she says. "My worry is: are they going to follow up on these promises?"

In Uganda, the answer was no. In April, the government backtracked on its plan to give out pads. The reason: a tough economic climate, said President Yoweri Museveni.

Infuriated, Ugandan activist and academic Stella Nyanzi spoke out. On her Facebook wall, she wrote a message directed to the president, his wife and his supporters: "For the children, I refuse your silence, your inertia and your sweet hollow words." Her sharp criticism landed her in jail, NPR's Eyder Peralta reported.

And though governments have said that giving pads to girls will improve school attendance, researchers say this step may not be enough to keep them from missing school.

Giving out pads is only part of what needs to be done to help girls manage their periods. It's not a "silver bullet solution," says Bethany Caruso, a postdoctoral fellow at Emory University.

"In addition to sanitary pads, we have issues of water and sanitation within the schools," Otai says. "If the toilets are not habitable, girls will find it difficult to get to school and be able to continue their education if they cannot visit the toilet during her monthly period."

Toilets — and having a safe, private place for girls to change their pads — get a lot less attention than sanitary pads, says Marni Sommer, a professor at Columbia University's Mailman School of Public Health.

In schools with latrines, it can be embarrassing for girls to throw their pads into the pit, and other people — like boys — might see the pads and tease girls about them.

To address that issue, some girls use reusable pads so there are no issues with disposal. But this method has its own set of problems. Girls need a little bag to take the pads home to be washed.

Does Handing Out Sanitary Pads Really Get Girls To Stay In School?

That crucial detail was forgotten in an effort to give out reusable pads to girls at a refugee camp in Tanzania, says Sommer. "The [girls are] going to be embarrassed about what to do with their used pad," she says.

"You think you've thought of everything, but they hadn't thought about the little baggie to go with the reusable pad," says Sommer. "There's an essential need to consult girls. What do they need? What do they think?"

Courtney Columbus is a multimedia journalist based in the Washington, D.C. area. She covers science, global health and consumer health. Her past work has appeared in the Arizona Republicand on Arizona PBS. Contact her @cmcolumbus11.