Accessibility links
Aid Agencies And Bangladesh Government Struggle To Help Rohingya Refugees : Goats and Soda Over 400,000 Rohingya have fled Myanmar for Bangladesh in just the past three weeks. Aid agencies and the Bangladesh government are struggling to cope. 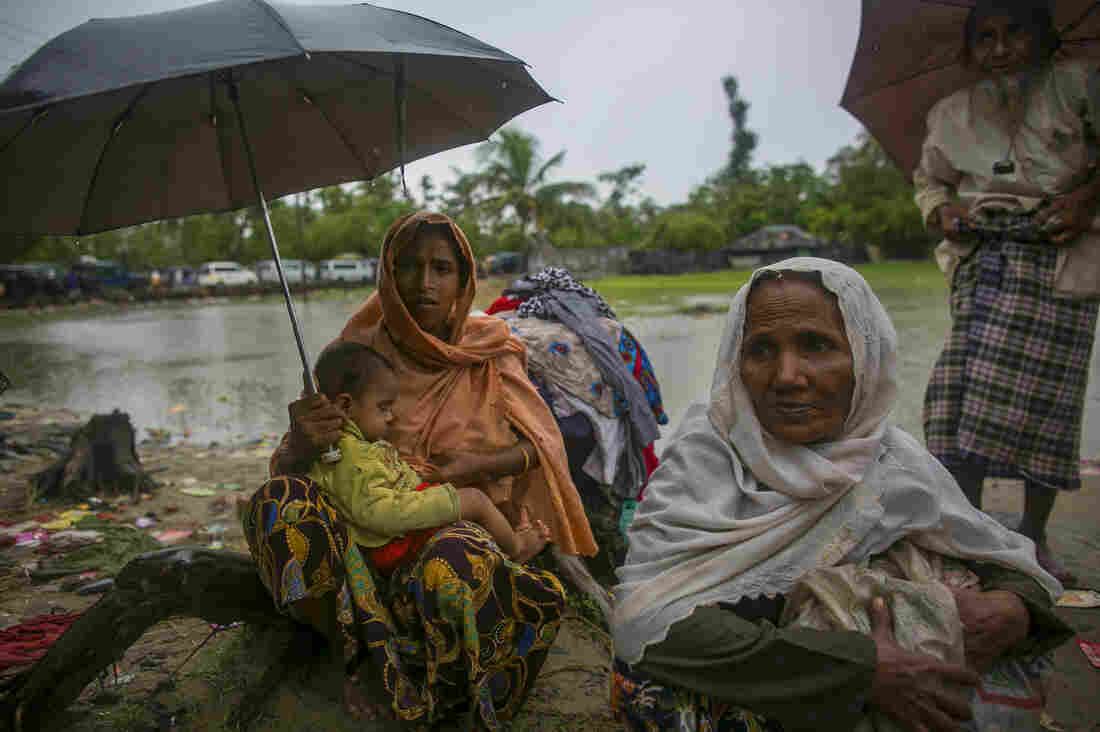 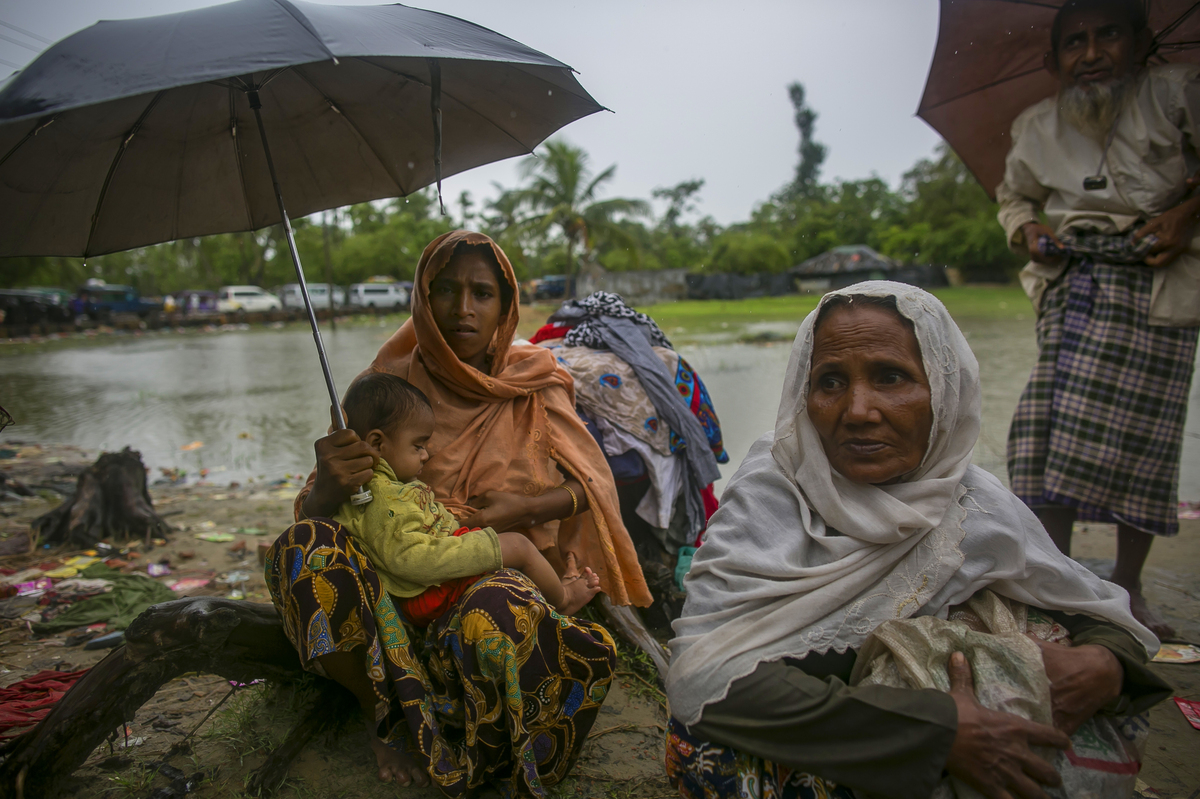 Rohingya refugees arrive in Bangladesh on Sunday. They are fleeing government violence in Myanmar.

Aid workers hand out the supplies to thousands of anxious, impatient and hungry refugees.

The scene is chaotic — and aid groups say that's how it has been for the past few weeks. Over 400,000 Rohingya refugees have fled government violence in Myanmar — where they are a Muslim minority — for Bangladesh. They are straining the capacity of aid agencies on the ground and of the Bangladesh government. And more refugees arrive each day.

They line up from 8 in the morning, says Raihanul Islam Mia, a local government official who is supervising the distribution. It's taking place at a site on the road from the city of Cox's Bazar in southern Bangladesh to the town of Tefnaf, near the border with Myanmar.

When do you think they'll stop coming? I ask.

"I don't know. Know only Aung San Suu Kyi," he says. The Nobel laureate is the de facto head of Myanmar. Or maybe Myanmar's generals know, he adds – they've led the campaign against the Rohingya. "The situation seems a textbook example of ethnic cleansing," said Zeid Ra'ad Al Hussein, the U.N. high commissioner for human rights, in a statement.

A steady stream of refugees is walking alongside the road, their meager belongings slung over their shoulders. They're looking not just for food but for shelter.

Satara Begum has neither. She is squatting by the side of the road and looks lost as she cradles her 2-year-old daughter in her arms.

She had arrived just this morning, crossing the border from Myanmar. She fled after the military came to her village of Longdon Kwachon last week.

"Wednesday they burned our village, so we ran to another," she says, speaking in Rohingya. "But the next day they burned it, too, so we just kept going until we reached the river." Her husband and two of her children were killed along the way, she says. Now it's just the two of them.

Rain starts to fall. I ask, "Where are you going to sleep tonight?"

"We'll stay somewhere around here," she says. "I don't know where. Maybe one of the families here," she says — pointing to the makeshift camp behind her – "will take us in." She doesn't sound very convinced.

The camp where she's squatting is one of dozens that have sprouted since the exodus began. Women and children wash clothes in pools of fetid brown water. 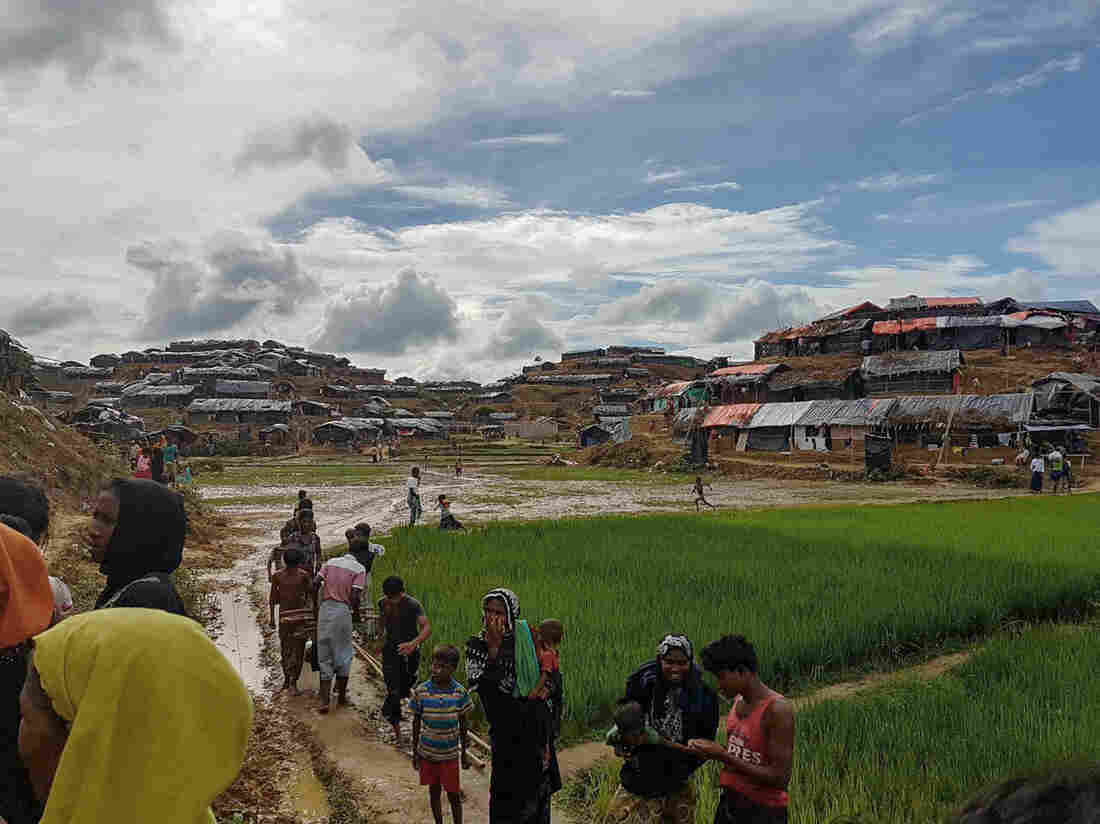 Dozens of camps have sprouted in Bangladesh since the Rohingya have begun arriving. Michael Sullivan/NPR hide caption 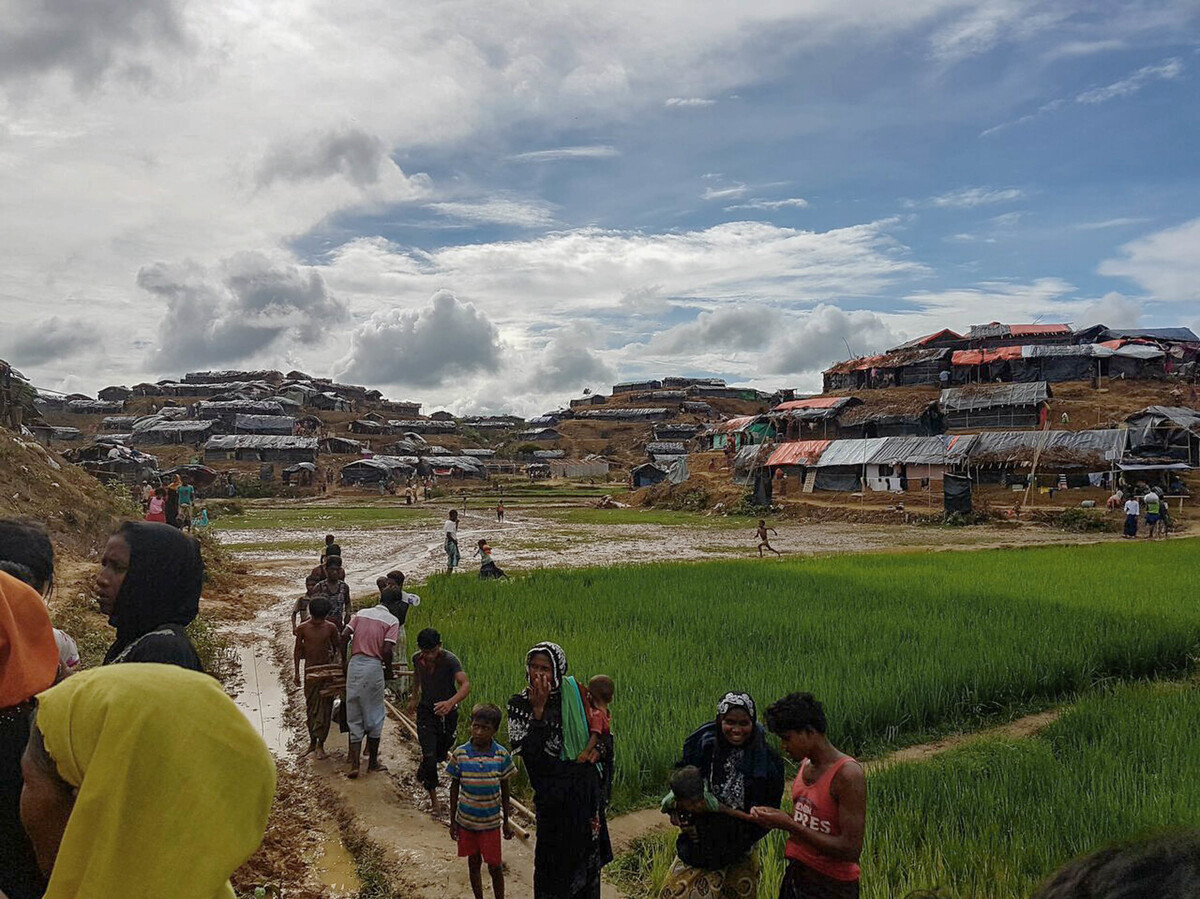 Dozens of camps have sprouted in Bangladesh since the Rohingya have begun arriving.

Representatives of the International Organization for Migration, other aid agencies and the Bangladesh government are trying to make things better. Vaccinations against measles, rubella and polio are being planned — 350 shots on Sunday, 400 on Monday, says government health assistant Bibhu Gharan. And on Tuesday, he predicts 500 shots. "They're coming and coming, the refugees."

Does he think they'll stop?

"They'll not stop," he answers.

That is why health officials can't stop either. Cholera is another concern. Because of the sheer number of refugees, Bangladesh is granting access to aid groups that the groups would not have had just months ago. That's because Bangladesh is realizing that it just can't cope and that the international community needs to step in — not just for the short-term, but to find permanent homes for the refugees, too.