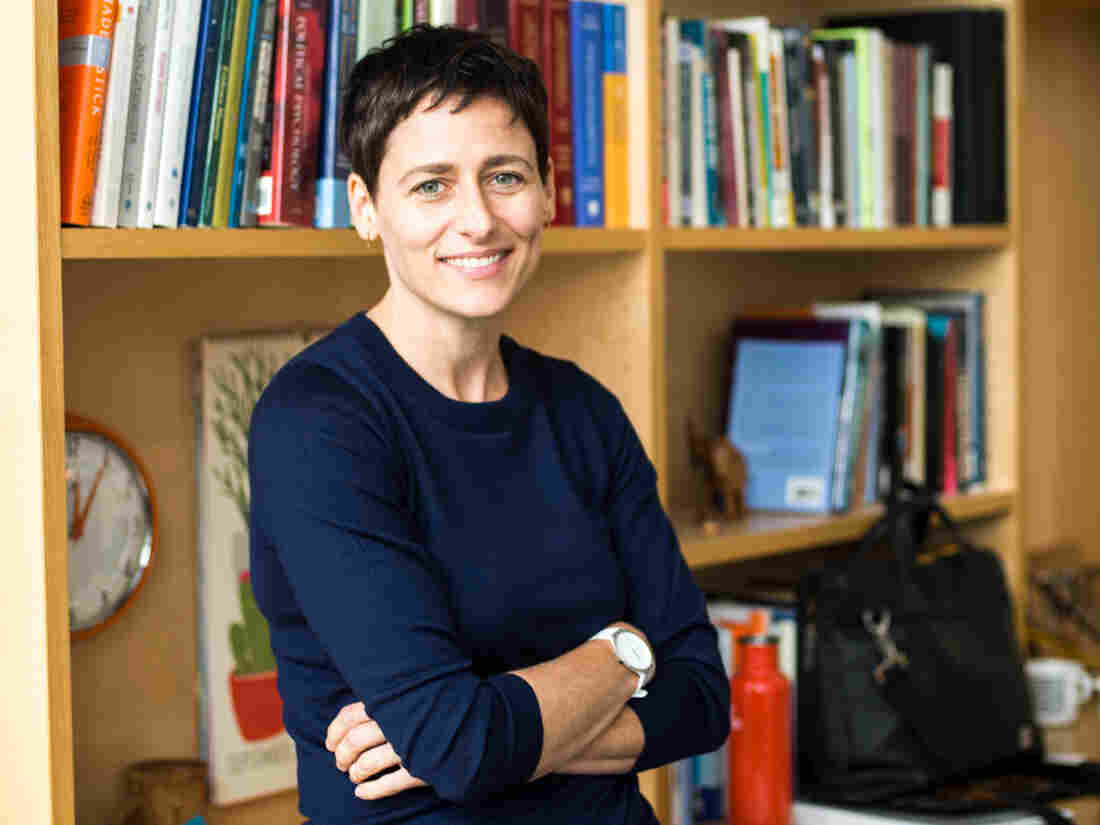 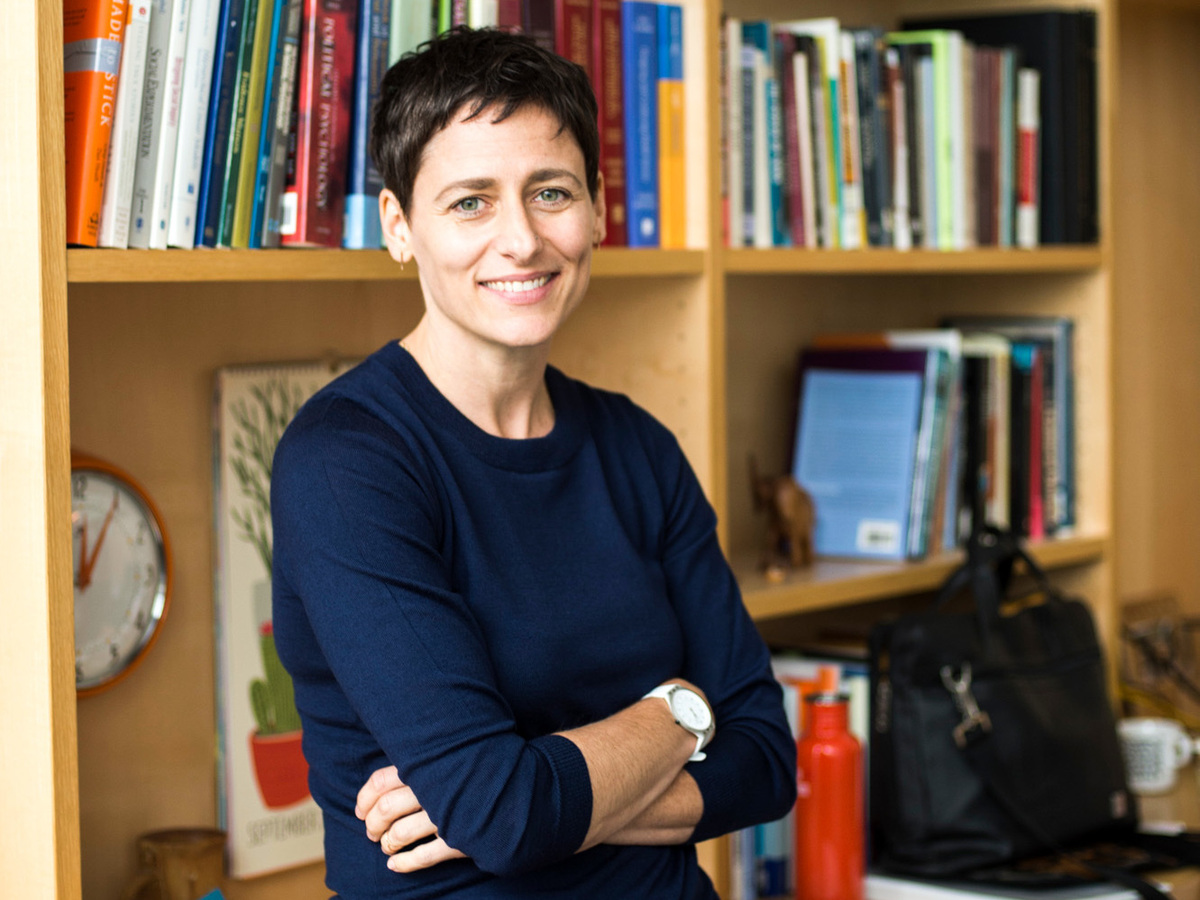 Betsy Levy Paluck is a psychology professor at Princeton University. She ran a year-long experiment in Rwanda to see whether radio soap operas could be used to reduce prejudice.

What will it take for the people of this world to drop their prejudices, to move past intolerance — and just get along?

That's a question Princeton psychologist Betsy Levy Paluck — one of the 24 MacArthur Fellows announced on Wednesday — has dedicated her career to answering.

Back in 2002, when Paluck was a graduate student at Yale University, her adviser asked: "What does psychology say about how to reduce prejudice and conflict?" She and her adviser were teaching a class about hate speech and political intolerance, and he wanted to give students examples of ways to counteract those things.

Paluck searched and searched. And she drew a blank. "There actually weren't any rigorous studies looking at solutions."

So she designed one herself, looking to see if a radio soap opera could help bridge the divides in post-genocide Rwanda.

'Genius Grant' Winner Is A Genius At Inspiring Students

We asked Paluck about her research, as well as her plans for the $625,000 "genius grant" from the John D. and Catherine T. MacArthur Foundation (which is among NPR's financial supporters).

Through the course of your research, you've worked with some deeply divided societies — including post-genocide Rwanda, where members of the country's Hutu majority had slaughtered 800,000 minority Tutsis. What did you learn there about how to re-unite such a fragmented society?

Something my adviser and I were teaching in that class at Yale was the Rwandan genocide and particularly the media's involvement in directing and inciting violence during the genocide. That's when I came across this radio soap opera that was basically trying to do the flip side.

In other words, to make peace? How did you proceed?

I called them up and I said: Can I help study the effects of your program?

I went to Rwanda interested in just looking at how people understood messages that come through pop culture and mass media.

I set up a study where I randomized exposure — so some people heard [New Dawn], a soap about a divided society that ultimately reconciles. And others listened to a different soap about health and HIV.

People loved New Dawn — people were so engaged. They thought of these characters as representatives of Rwandans like themselves.

What I found was they were aware of the social messages that were coming through this radio program — and they would often disagree with them.

In the soap, there's an interethnic relationship between a man and a woman from different communities [the story didn't refer to Hutus and Tutsis directly]. It's this Romeo and Juliet story, but instead of meeting untimely deaths they start a peaceful revolution.

And people would say, "This is clearly something that Rwandans are into. They're into this relationship on the soap. I may not personally believe in letting my daughter marry someone from the other ethnicity, but I'm going to let her — because that's what we as Rwandans are doing now."

So I found that people's behavior changed even when their personal beliefs stayed the same.

We're not lemmings — we're not conformists. But we really don't want to seem wrong or odd to other people. When other people's ideas of what's right and wrong change, or their rules about how you can be change, that makes a big difference.

I've been really interested in this idea: That how we behave is actually much more influenced by what other people think than by our own personal ideas. I think everybody's had the experience of doing something because they thought it was expected of them.

There's no more powerful example of this than Rwandans describing what the violence was like. Many of them said, "Before the genocide we didn't hate our Tutsi neighbors. But after the genocide started, it was like violence was the law."

In come cases that was literally true. Some people were being recruited by authorities to incite violence. But when people said violence was law, they meant something more. They meant that it was a social law.

Who sets these social norms?

Based on our findings, I think at times mass media and popular culture can do that. Government policies can do that as well. Recently, we studied a U.S. Supreme Court decision on same sex marriage, and we found that after the Court ruled in favor of same-sex marriage, people were more likely to think that other Americans supported same-sex marriage even if their personal beliefs didn't change.

Your research looks at how people can use mass media to change how people think. Is there a dark side to that proposition?

I've had people say to me, "Aren't people going to take your findings and use them for evil purposes?" And my response is they're already doing that. There's negative media, there's propaganda. There are people advocating for really negative causes.

I'm interested in whether we can respond to that: Can you use those same tools to diminish conflict?

Is that what you plan to do with your MacArthur grant money?

It's still early, but I have two goals.

One goal is to find creative ways to promote collaboration between activists, NGOs and social scientists. It's hard for activists to take a break from what we're doing to evaluate — are we doing this in the best way? Social scientists are answering those kinds of questions. Perhaps NGOs could have social-scientist-in-residence programs, the same way that many universities have artist in residence programs.

I also want to promote and train the next generation of scholars to do this kind of work.

What got you interested in fighting intolerance in the first place?

I was raised by parents who were deeply interested in social justice. And it never really occurred to me that that shouldn't play into the kinds of research that I do.