Accessibility links
Dog DNA Has Evolved To Fight Off Malaria — Just As Human DNA Did : Goats and Soda It looks like dog DNA has evolved in lockstep with our DNA. A new study finds evidence in Nigeria's street dogs. 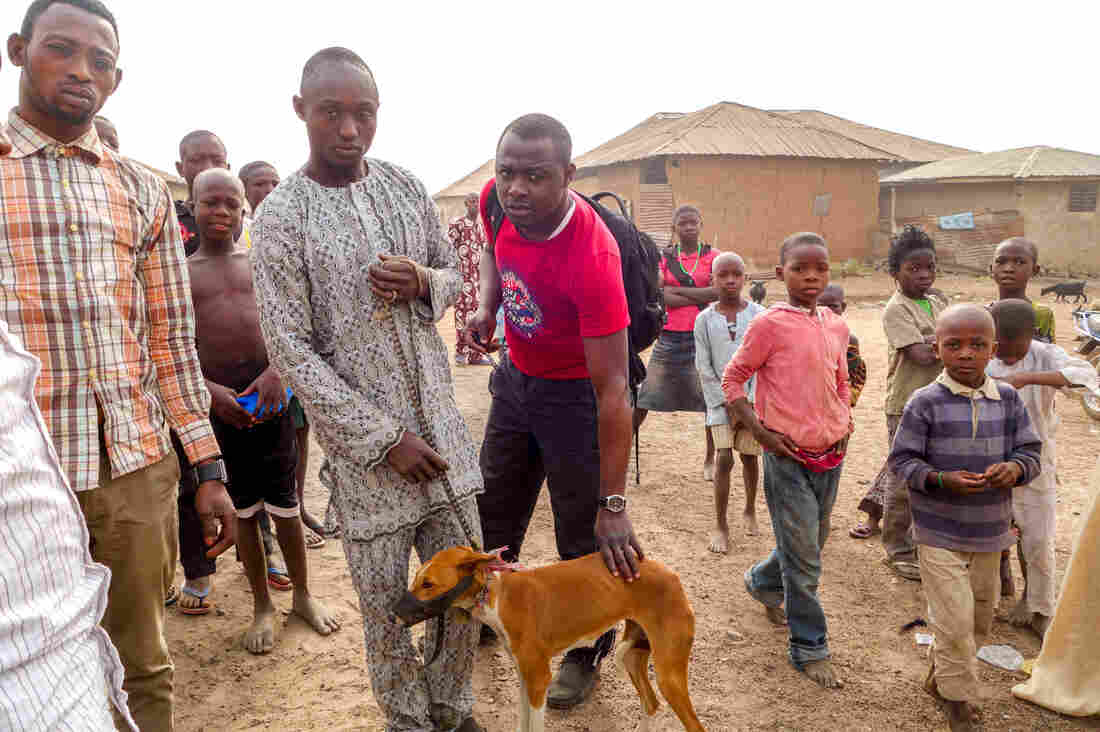 "Local dogs" in Nigeria actually have a unique pedigree. The dogs' ancestors likely came to the continent 14,000 years ago and have been largely isolated from European and Asian dogs ever since. Courtesy of Guo-Dong Wang hide caption 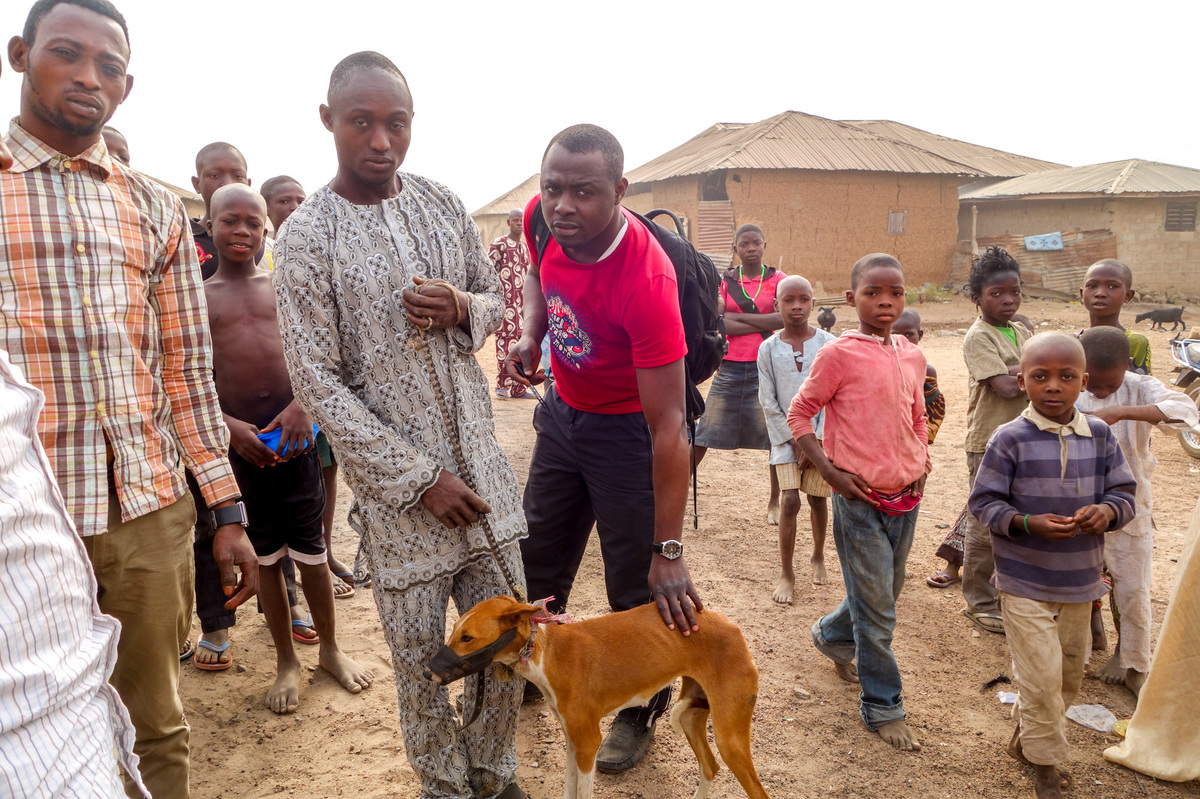 "Local dogs" in Nigeria actually have a unique pedigree. The dogs' ancestors likely came to the continent 14,000 years ago and have been largely isolated from European and Asian dogs ever since.

The bond between humans and dogs isn't just psychological or the common love of bacon.

For about 15,000 years, dogs have migrated in lockstep with humans around the globe. They have followed us from Asia into Europe, North America and back to Africa — all the while hunting, protecting and snuggling us.

Now it looks as though dog DNA has evolved in lockstep with our DNA.

Scientists in China have found evidence that dogs developed protection against malaria in the same way that people in West Africa have.

One tiny change in dogs' genes likely boosted their immune response to the malaria parasite, geneticists from Yunnan University reported Tuesday in the journal Molecular Biology and Evolution.

The gene — called ADGRE1 — is also linked with malaria protection in people.

The findings add to growing evidence that dogs and people have undergone what is called convergent evolution: They've adapted to new environments by independently evolving similar traits.

"The classic example of convergent evolution is altitude adaptation in Tibetans — and their dogs," says geneticist Adam Boyko at Cornell University, who wasn't involved in the current study.

Tibetans have a special version of a gene that helps their blood cope with low levels of oxygen. The gene — called ESPA1 — turns on a whole bunch of other genes when oxygen levels drop.

"Lo and behold! Dogs in Tibet also have a mutation in ESPA1 that confers resistance to low oxygen levels," Boyko says.

That finding was published a few years ago by another team in China. Now this new study adds a few more genes to the doggy-human convergence. 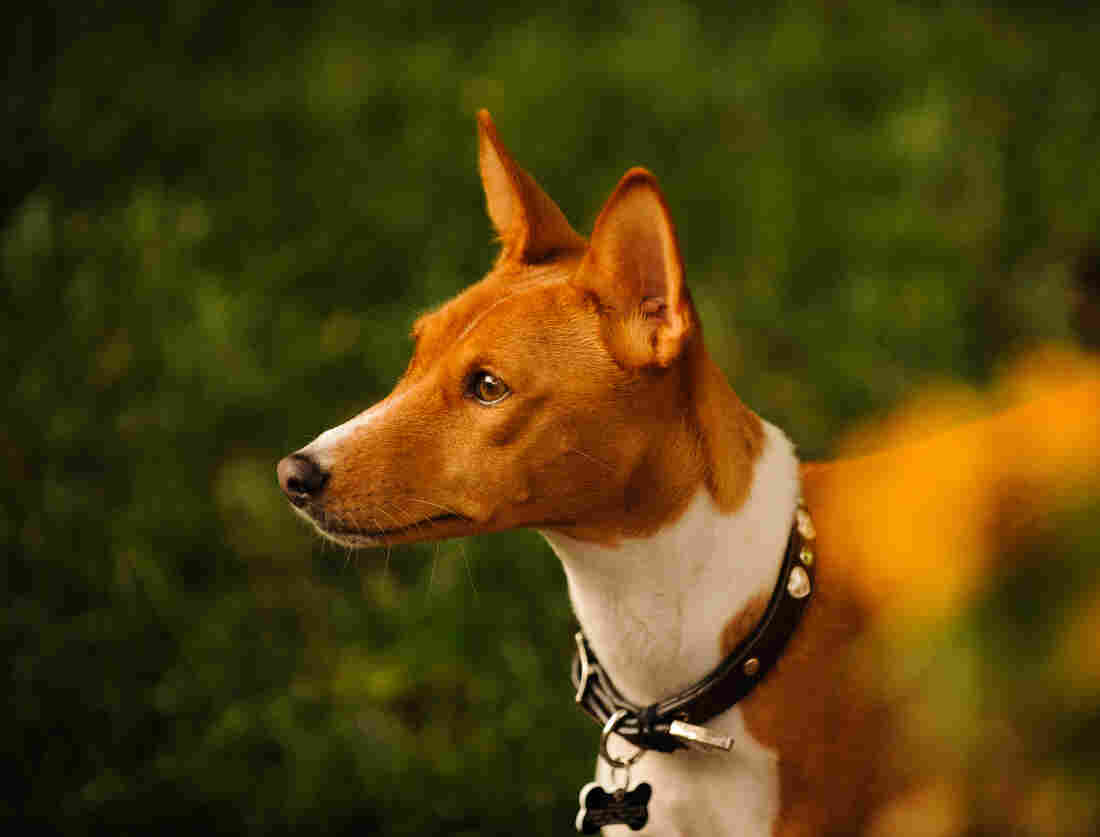 One of the most famous African dog breeds, the basenji is closely related to street dogs found throughout West Africa. Tara Gregg/EyeEm/Getty Images hide caption 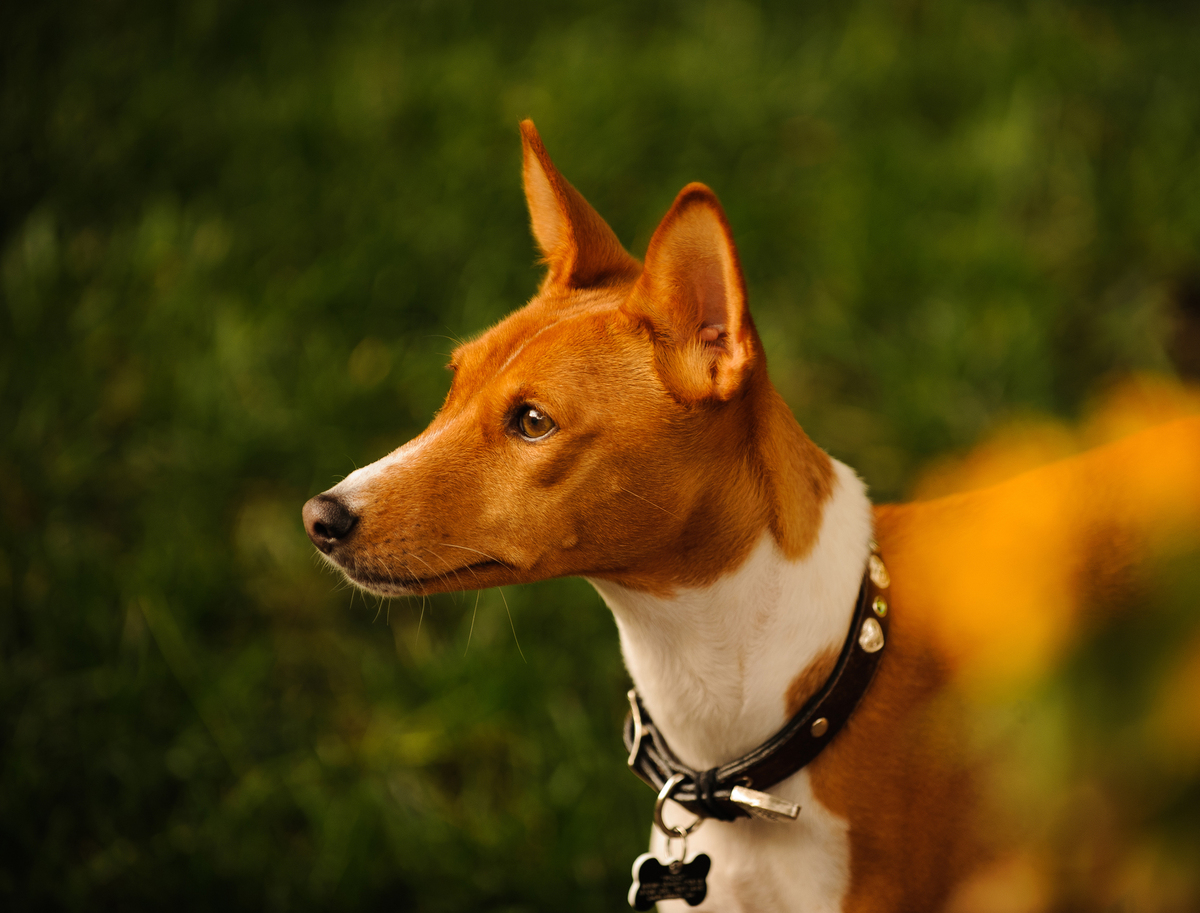 One of the most famous African dog breeds, the basenji is closely related to street dogs found throughout West Africa.

The data suggest dogs adapted to the diet in West Africa in a similar way as people, by changing the same genes involved with insulin secretion and sensitivity. And they picked up mutations that helped protect them from the intense sunlight in the tropics — just as people have.

All this new information comes from an unlikely source: local dogs in Nigeria — which often end up on the street.

"Similar dogs are found all over the Congo, Liberia and Guinea," says Boyko, who has studied the genetics of some street dogs. "They kind of all look the same: skinny brown dogs."

To look for convergent evolution in people and dogs, Ya-Ping Zhang and his colleagues at Yunnan University sequenced the genomes of 15 local dogs in Nigeria and then compared their genomes with those of European breed dogs, Chinese street dogs and wolves.

Right away, the team realized these Nigerian dogs have an ancient pedigree. They are direct descendants of a group of dogs that came to Africa about 14,000 years ago, possibly from the Middle East, and were largely isolated from European and Asian dogs.

Eventually, these pioneering dogs also gave rise to basenjis — the famous African breed with short, smooth hair, a curled-up tail and a unique yodel. And they adapted to the tropical environment in West Africa by building up resistance to a malaria-like illness — just like their furless two-legged friends.

Who knows? Maybe the secret to stopping malaria is hidden in a skinny, mangy street dog lolling at a bus stop somewhere in Lagos.

"There are about a billion dogs in the world, and probably two-thirds are street dogs," Boyko says. "Not too many geneticists have paid attention to them. But that's changing. I'm glad that street dogs are finally getting some love."

Love — and maybe a little piece of bacon from a geneticist, too?