Accessibility links
India's Supreme Court Bans Sale Of Fireworks To Protect The Air During Diwali Festival : Goats and Soda The festival has been blamed for cloaking New Delhi and other cities in an unhealthy haze, but the solution has drawn plenty of criticism. 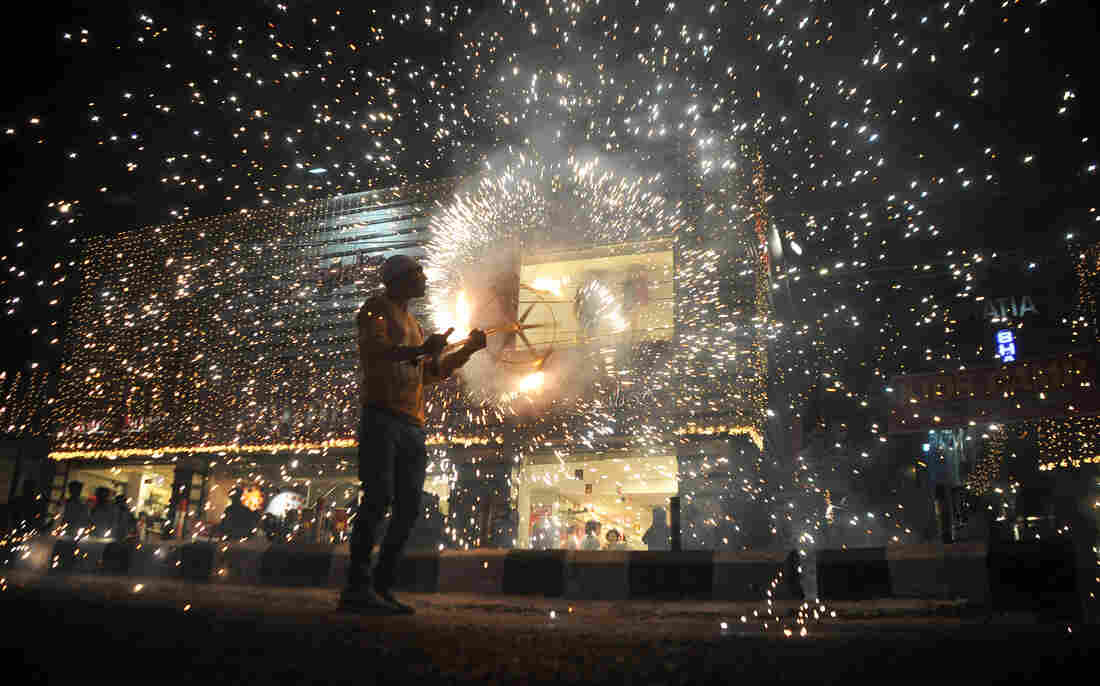 Fireworks are set off on the eve of last year's Diwali festival. AFP via Getty Images hide caption 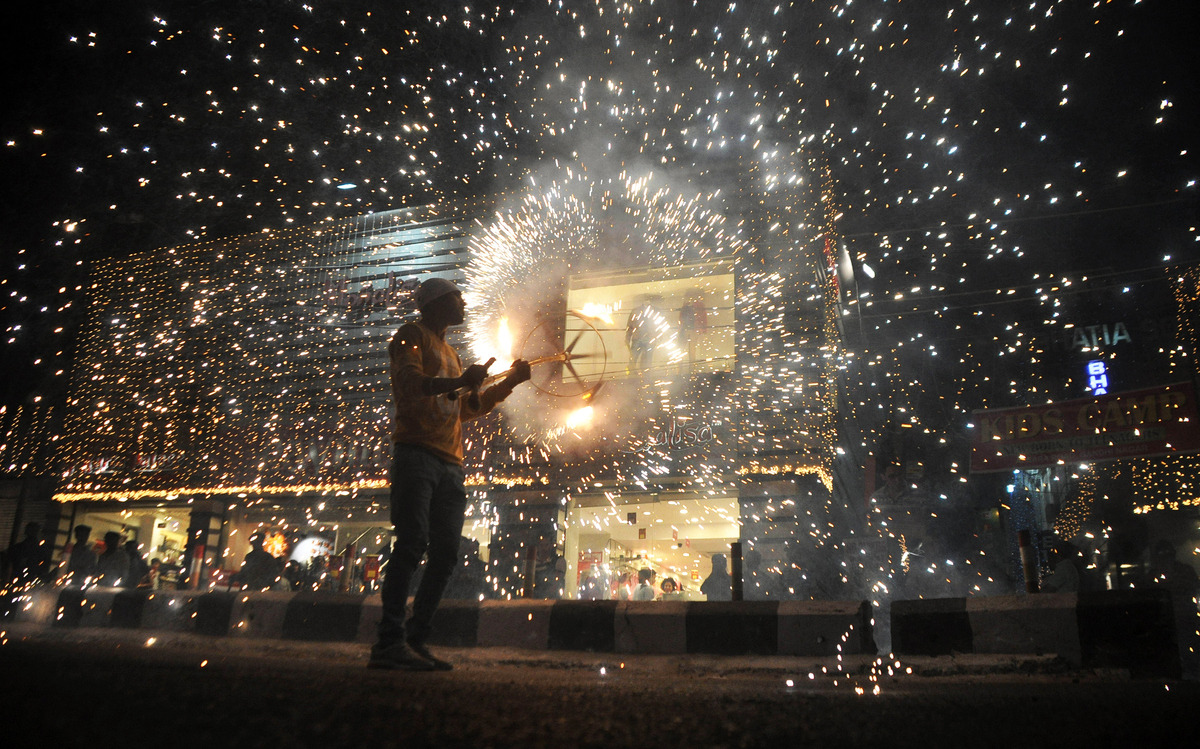 Fireworks are set off on the eve of last year's Diwali festival.

India is set to celebrate Diwali this week, but the Indian capital could be in for a different sort of celebration.

Once illuminated with clay lamps, the festival of lights has morphed into a festival of sound and fury.

It's estimated some 50,000 tons of fireworks are exploded during Diwali, which marks the homecoming of the Hindu god Lord Ram from exile. But a public health alarm was sounded in Delhi after Diwali last year, when a toxic haze blanketed the city for days.

Delhi's air quality is extremely poor: A 2015 study found that half of the city's 4.4 million schoolchildren have diminished lung capacity.

To control the escalating pollution, the Supreme Court banned the sale of fireworks during this year's Diwali. (The use of fireworks, though, was not banned.) The ban on sales extends until Nov. 1 to allow the court to fully monitor its impact in the wake of the festival. 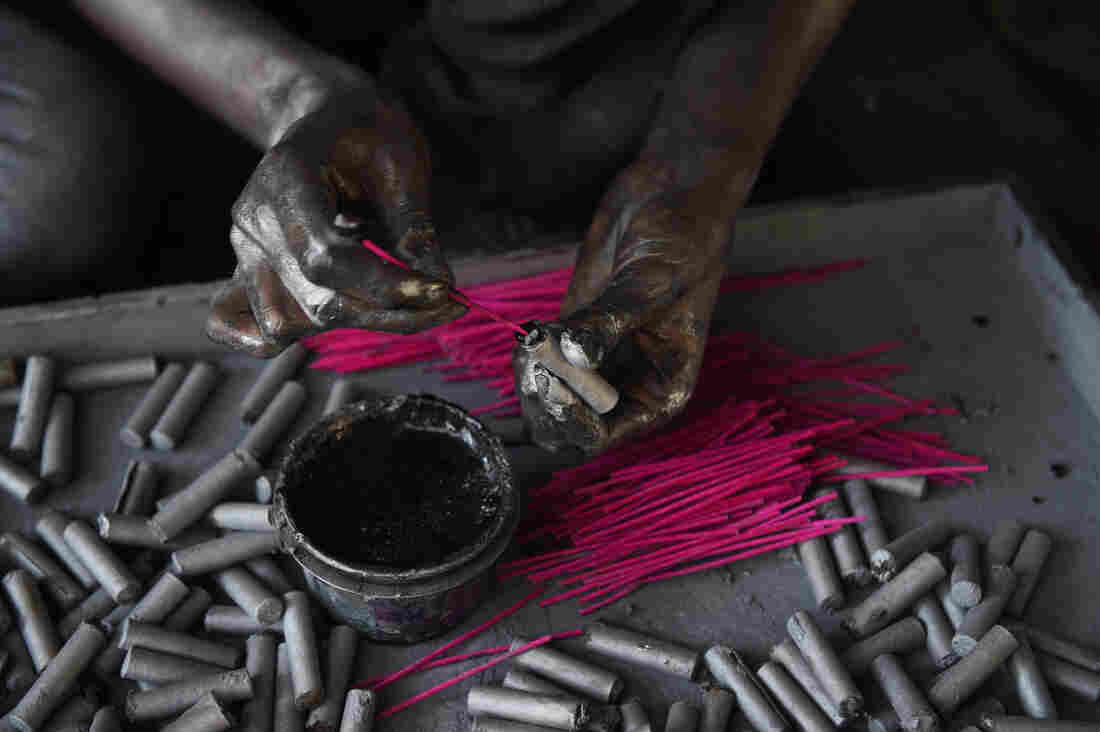 A worker prepares firecrackers at a workshop on the outskirts of Ahmedabad. Sam Panthaky/AFP/Getty Images hide caption 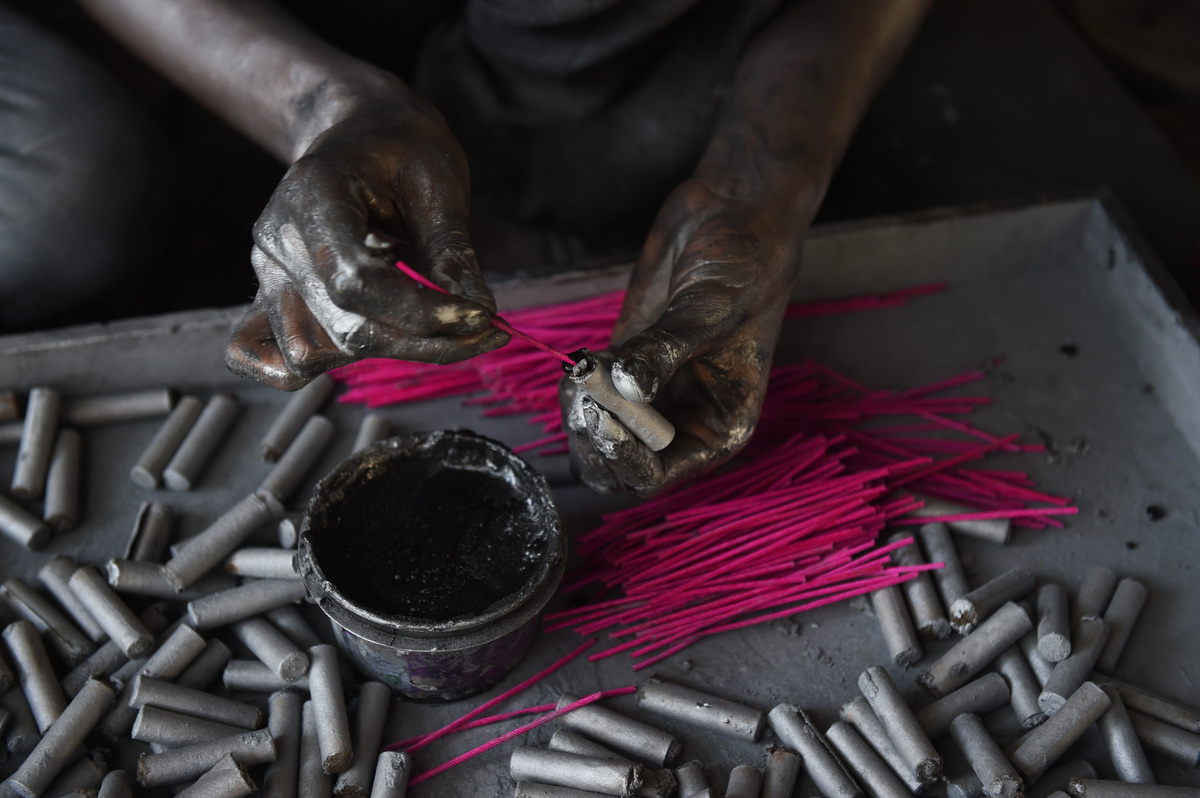 A worker prepares firecrackers at a workshop on the outskirts of Ahmedabad.

Heading into this week of celebration, pyrotechnic wholesalers in Delhi's old city section sit in front of their shuttered stores and warily eye anyone who might be a plainclothes cop enforcing the ban.

Merchant Praveen Kumar complains that his livelihood is going up in smoke.

"It's 100 percent correct that we are adding to pollution. But the government says it's only three percent of the total — the other 97 percent isn't addressed," he says. "Besides, what do we tell the kids on Diwali: 'Go pray, eat your food and go to bed?' How will they enjoy that?"

Hina Shrivastav's family has peddled fireworks and firecrackers for generations. He calls the ban an assault on tradition.

"It's one of the biggest festivals of Hindus. And in Diwali if there are no crackers, then Diwali doesn't mean anything — only lights and sweets. It's too boring!" he exclaims.

Some traders accused the court of bias against Hindus for singling out their festival, an argument that anguished the court. It said the ban was imposed to safeguard the public's health.

Jyoti Pande Lavakare, co-founder of the citizen advocacy group Care for Air, says the court is considering all factors. But in tackling fireworks that contain hazardous chemicals, she says the judges took the easiest issue first. And she notes the foul air extends far beyond Delhi.

"Everywhere there are polluted cities in India that are equally, if not more, polluted," she says. "Not just firecrackers but all these other measures should be imposed pan-India. This is not about Delhi, this is about the whole country."

Delhi-ites who bought fireworks before the ban will be free to fire them, though there are expected to be many fewer. That's welcome news for Radha Singh, 60, who is unusually exposed to the high pollution levels that cause significant health impacts. She taps her chest and says she's very ill.

"I fall sick every Diwali," she says. "I can't tolerate the smoke. I've no money for a doctor or medicine." Singh also says she has no home. "All I can do is lie down at my place," she says, and points to a tree along the roadside.