Accessibility links
'Dancing With The Stars' In Costa Rica Features Former U.S. Ambassador : Goats and Soda When the U.S. ambassador to Costa Rica was asked what he would do after Trump asked for his resignation, he joked that maybe he would go on Dancing with the Stars. That's just where he has landed. 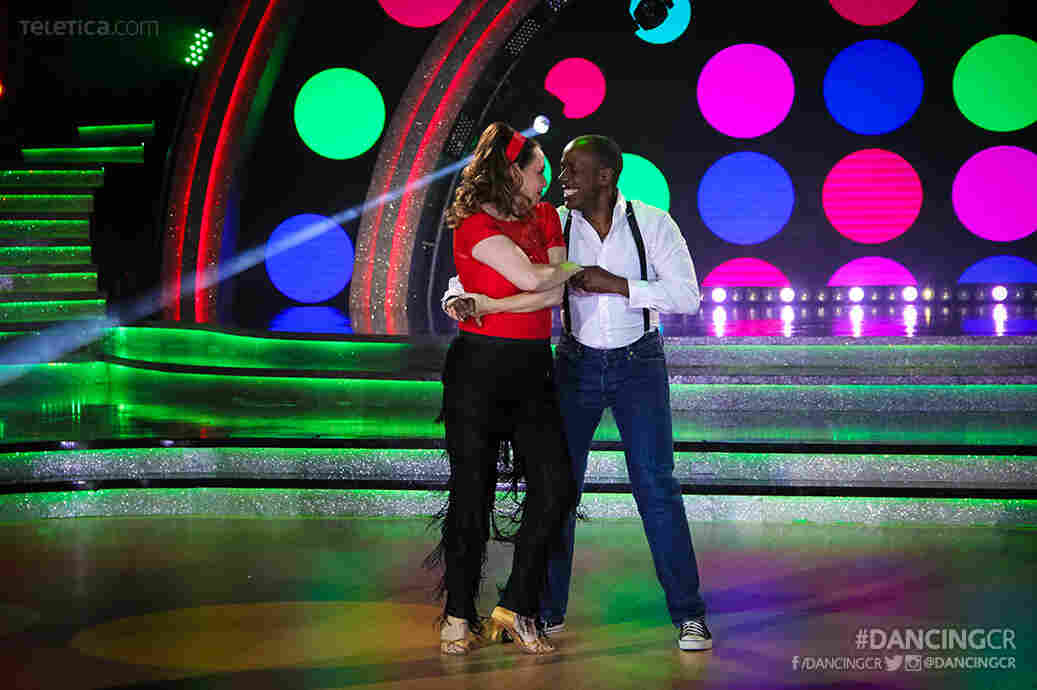 S. Fitzgerald Haney, former U.S. ambassador to Costa Rica, with his wife, Andrea, on that country's Dancing with the Stars. He is donating his stipend to a local cancer institute. Via Teletica hide caption 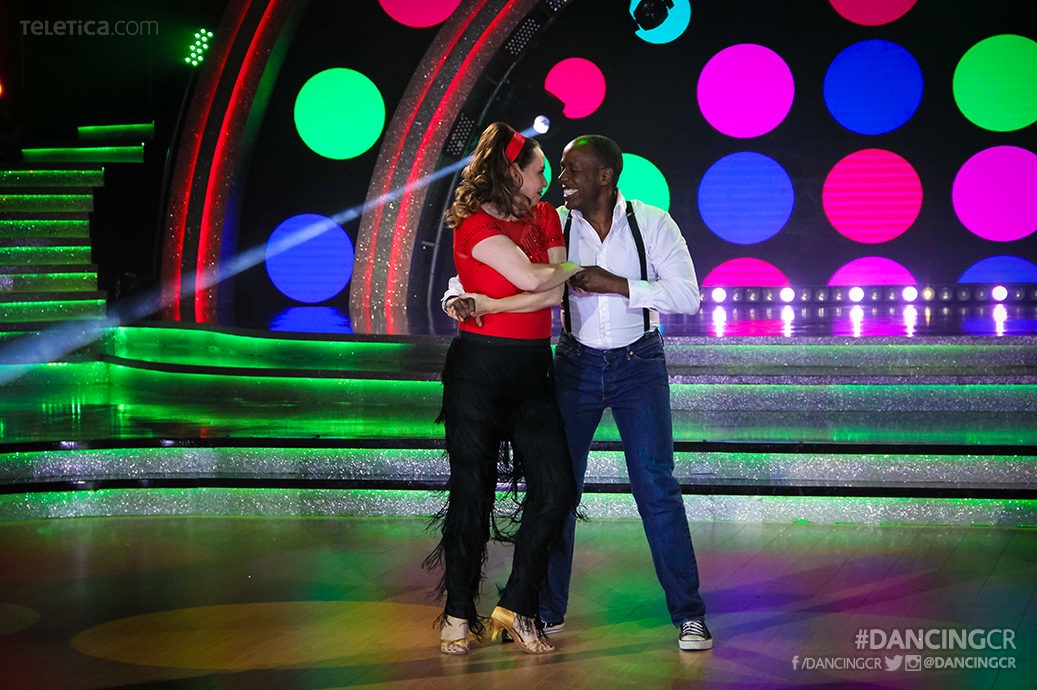 S. Fitzgerald Haney, former U.S. ambassador to Costa Rica, with his wife, Andrea, on that country's Dancing with the Stars. He is donating his stipend to a local cancer institute.

Leaving the foreign service — especially when a new president is elected and you are told to leave — can be a difficult transition.

But one Obama-era ambassador is actually enjoying some new steps.

Former U.S. Ambassador to Costa Rica S. Fitzgerald Haney decided not to leave the tranquil Central American country after President Trump asked for his resignation. Instead he traded diplomacy for dancing — as a contestant on Costa Rican TV's top-rated version of Dancing with the Stars.

For the past 10 weeks Mr. Fitz, as he's come to be known, has been sporting tight tuxedo pants, shimmering low-cut shirts and swagger. Gone are his button-down shirts, glasses and formality.

I loved the intensity of this dance - me encantó la intensidad de este baile...#FitzyLuci #DancingCR pic.twitter.com/Mp2GMXl47g

Last week, in a not-so-subtle attempt to boost his slumping scores, Haney brought the whole family onto the dance floor: his wife, four kids — and even their dog, Clifford.

The judges approved. Mr. Fitz got a 28, his highest score so far.

Haney says his dancing foray began innocently enough. A local reporter asked what was next for him. He joked: "Maybe I'll do Dancing with the Stars."

He didn't give the comment another thought, he says, until he got a call in May from producers of the show saying they had heard his comment — and asked if he was serious.

Haney says his family was staying in Costa Rica anyway. His kids wanted to finish the school year. And they've also stayed longer because they love the country.

"We saw this as an opportunity to try and give something back," he says.

Shortly after his appointment, when Haney was an Obama fundraiser, his wife was diagnosed with breast cancer. He says she received excellent treatment in Costa Rica. Haney donates his show stipend to one of the country's leading cancer institutes.

And he's serious about the competition. When Haney went to Israel for a business meeting, he brought his dance partner Lucía Jiménez with him so he wouldn't miss out on their three-hour daily practices.

Jiménez says Mr. Fitz is a smart, smart man, but "somehow he can't connect his brain to his body."

Social media has been harsh on his stiff style. One tweet said he showed as much sabor ... flair ... as a bowl of water.

"I see what they are saying," Haney says. "I'm definitely not the best dancer on the show but I work really hard and I'm enjoying it."

He even survived what could have been a show-stopping wardrobe malfunction. His partner's skirt covered his head briefly during an upside down body twirl.

But Mr. Fitz fights on. He's hoping for some international support to reach the semifinals. Unlike the U.S. Dancing with the Stars, Costa Rica's version allows Internet voting — from anywhere in the world.