How Much Hotter Is It In The Slums?

How Much Hotter Is It In The Slums? 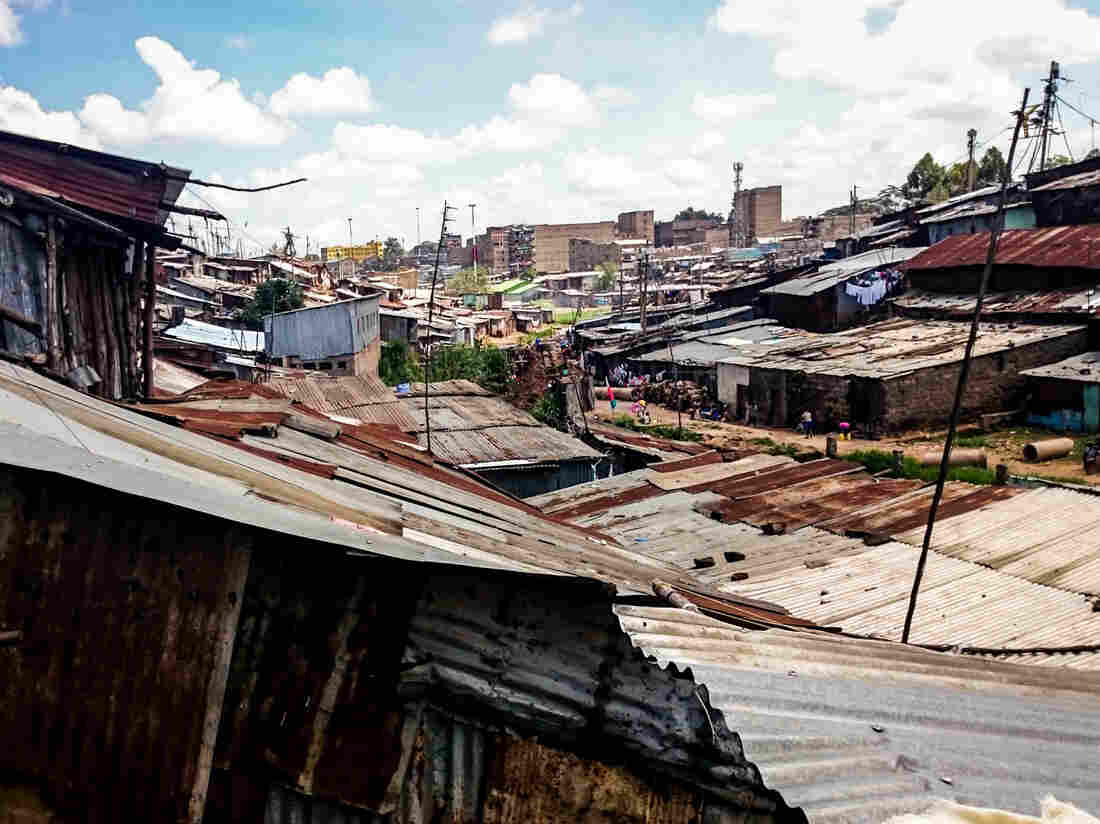 When Nairobi gets hot, its slums get even hotter.

That's what a new study published in PLOS ONE has found. In 2015, researchers put dozens of thermometers in poor communities and monitored them during Nairobi's warmest months of December, January and February — during what turned out to be the capital's hottest summer in 30 years.

They found that slums were 5 to 10 degrees Fahrenheit higher than the city's official weather station less than half a mile away.

Average daily temperatures over the 80-day period in the slums of Kibera, Mathare and Mukuru ranged from 82 to 87 degrees. That might not sound extreme but is still risky. "These temperatures that we might feel aren't that hot are actually within the range of temperatures associated with negative health consequences," says Anna Scott, the study's lead author and a Johns Hopkins University graduate student researching urban climate issues.

Overexposure to heat can cause sunburn, rashes, swelling, exhaustion and stroke. A previous study in Nairobi's slums found that deaths in older people and children under age 4 increased when temperatures rose above a heat threshold of 68 degrees. 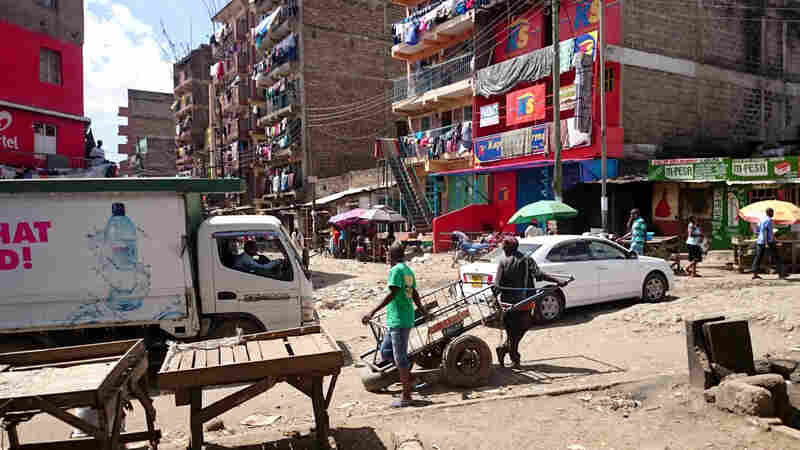 With hundreds of thousands of residents, Kibera is one of the most densely populated areas on earth. Herbert Misiani hide caption 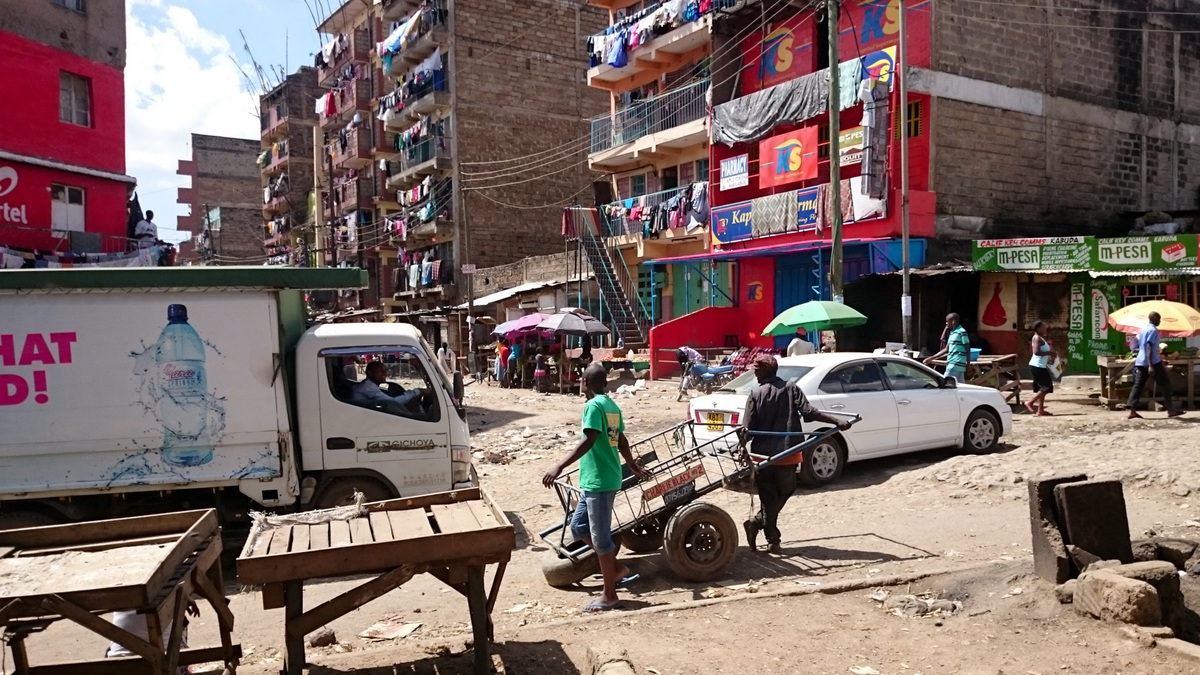 With hundreds of thousands of residents, Kibera is one of the most densely populated areas on earth.

And every degree counts. If temperatures recorded at official weather stations differ from slum microclimates, the alarm bell for heat alerts may not be sounded. That means poor neighborhoods won't receive the help they need from public health and disaster management teams.

"It's very hard," says Chrispin Otin, a Kenyan who relocated to Nairobi's most sprawling slum in 2007 and assisted with the new study. Otin moved into a metal shack in Kibera — a one-square mile patchwork of jumbled iron — so that he could save on living expenses and afford college.

Ironically, the weather conditions made it harder for Otin to study meteorology. There was stagnant water from heavy rains — a breeding ground for the mosquitoes that spread malaria. And he'd leave his front door wide open for ventilation. He caught the disease and missed lessons; his grades suffered. Eventually, he switched majors and graduated with a degree in political science. Now he is an appointed member of a committee that advises on issues in Kibera like housing.

Otin describes the slums as "trenches."

"There are no toilets so people just relieve themselves within the openings in between the structures," he says. The air is thick with the smell of sewage. And unemployment is rampant.

Kibera's makeshift houses are built with iron sheets in shades of blue, brown, pink and green. The metal is distributed by aid organizations and local government or bought at low prices. Some homes don't have windows and get so hot that dwellers cut square-shaped holes for ventilation.

Or the residents leave their doors open at night for ventilation. But then their safety may be at jeopardized.

They also buy non-potable water to pour on their earthen floors in the hopes that it will cool things down. "They just try to go for better mechanisms that are affordable to them, that they feel can work," Otin says. "But it's not necessarily helping."

Mud homes — built with soil and illegal timber gathered in the neighboring Ngong Forest — don't seem as hot, says Otin. But living in them is a gamble. "If you are in vulnerable place where mudslide is common due to topography, then it can last so long as it doesn't rain," he says.

And since few people can afford electricity, there aren't many ways to cool down. Nor is there any green space as a respite. "Any small space is seen as space for putting up extra houses," says Herbert Misiani, a climate change analyst working for The Intergovernmental Authority on Development. 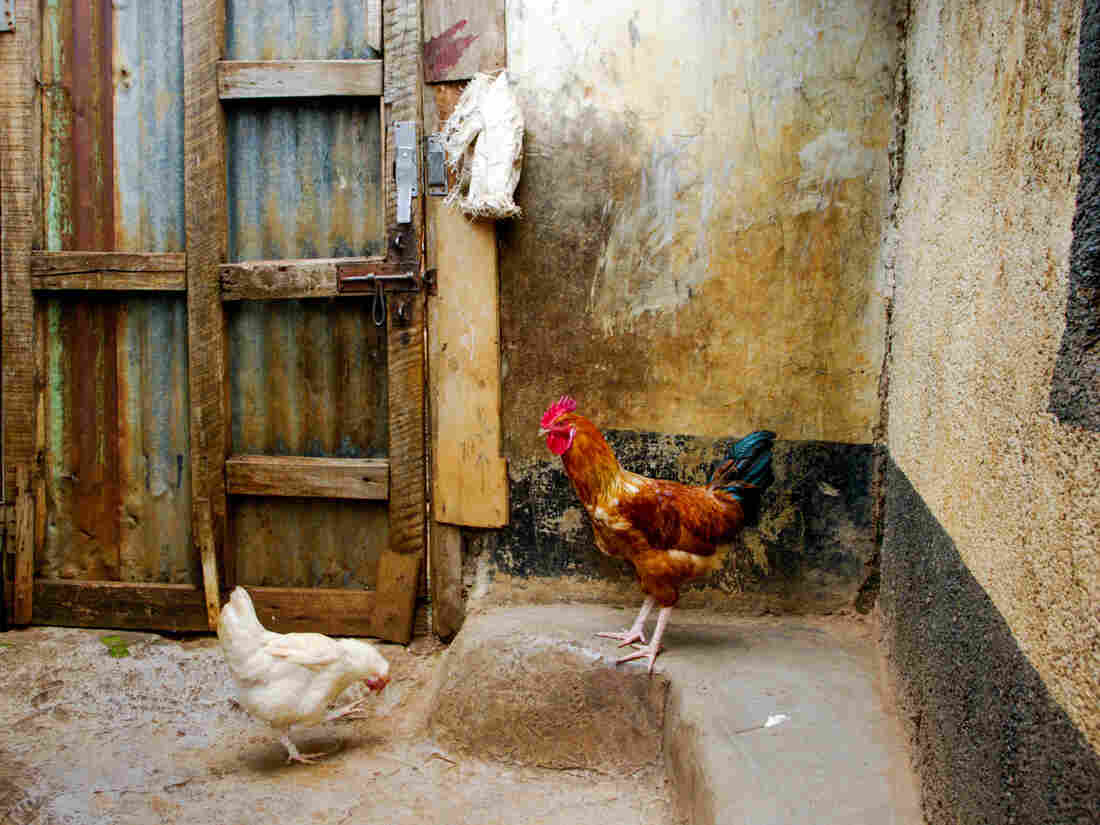 People aren't the only ones who feel the heat in Kibera. Anna Scott hide caption 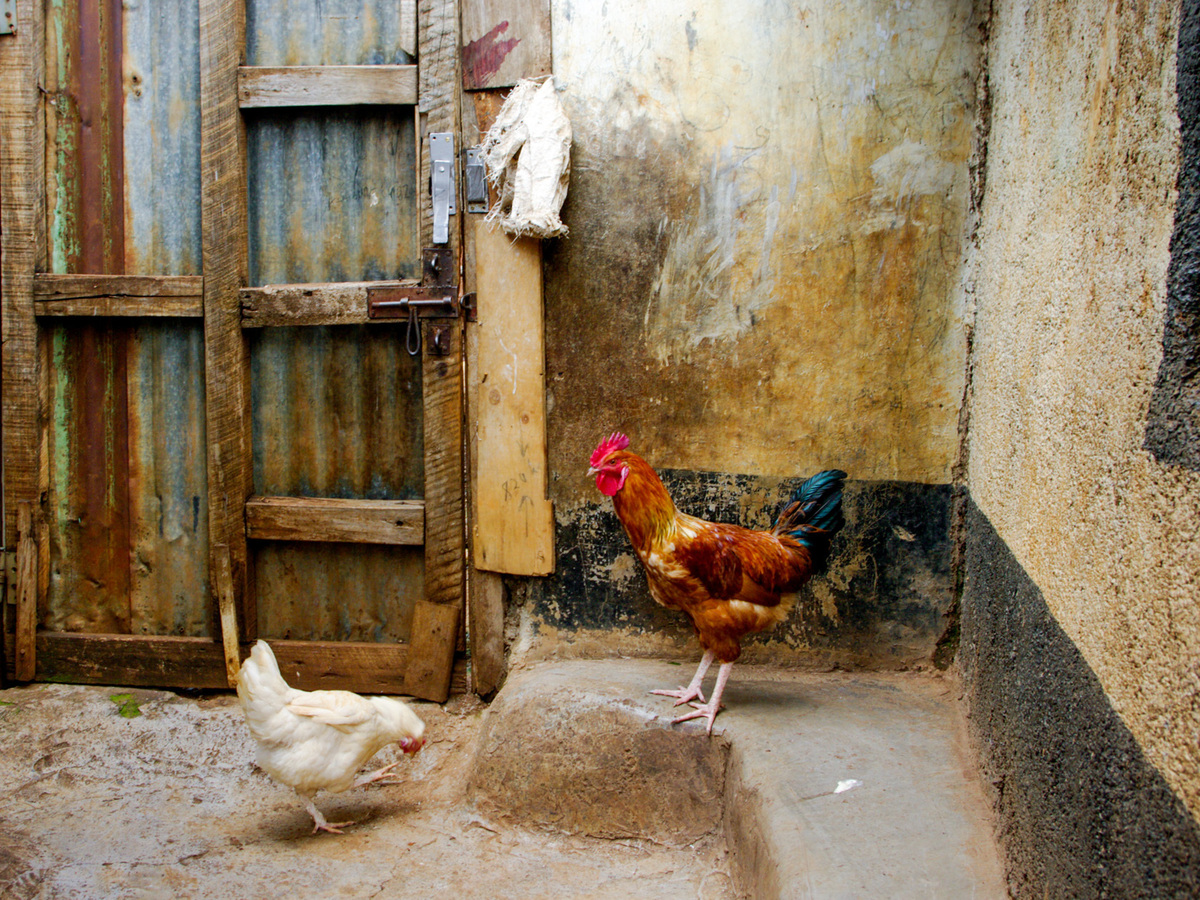 People aren't the only ones who feel the heat in Kibera.

The temperature differences don't surprise specialists in urban heat: "This study provides a specific case of a general trend that we see worldwide. Less green space and more built-up areas leads to urban heat island effects and their negative health impacts," says Robin King, an economist at the World Resources Institute. "It shows us we need to ensure that green space is maintained or expanded so we have healthier, more pleasant and more livable cities for all residents."

Those are particular concerns in Africa. According the United Nations, "No continent will be struck as severely by the impacts of climate change as Africa." Its location, growing population, limited infrastructure and widespread poverty all play into its vulnerability.

And now the residents of Kibera are hoping for change. They welcomed Misiani, Otin and Scott during the study as they fastened thermometers with zip ties to the eaves of houses, posts and small trees. And because the researchers have shown that the slum is hotter than the surrounding area, "they are expecting that we're going to do something," Otin says.