Accessibility links
In Mexico 1 In 5 Girls Marries Before Age 18 : Goats and Soda In Mexico, 1 in 5 girls marry before they're 18 — some as young as 11. Unlike in the rest of the world, child marriage rates have barely fallen in the past 30 years. 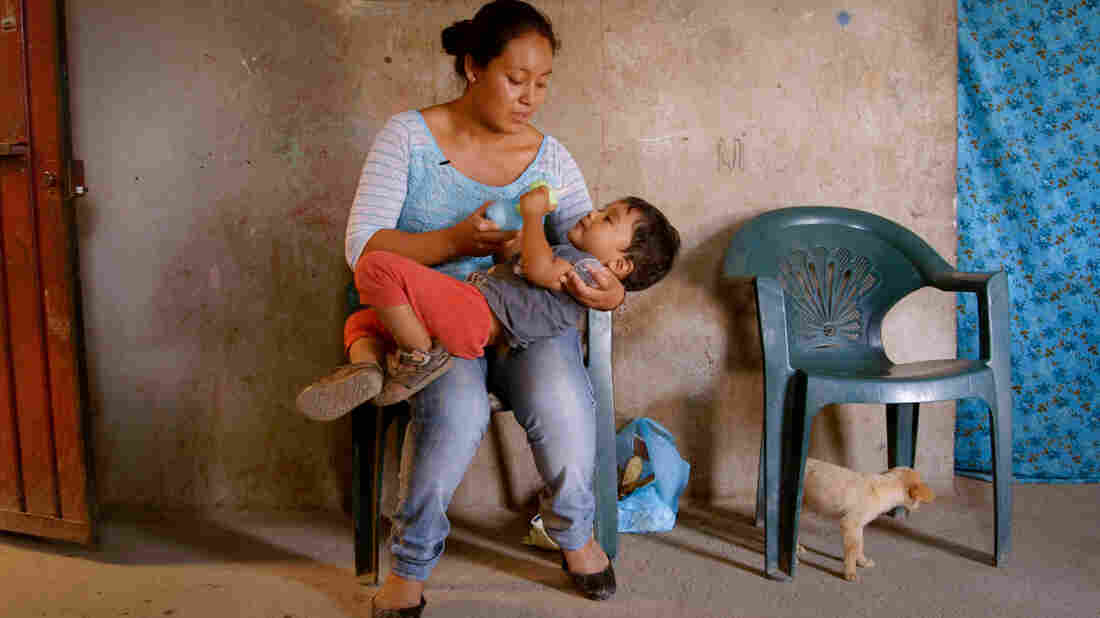 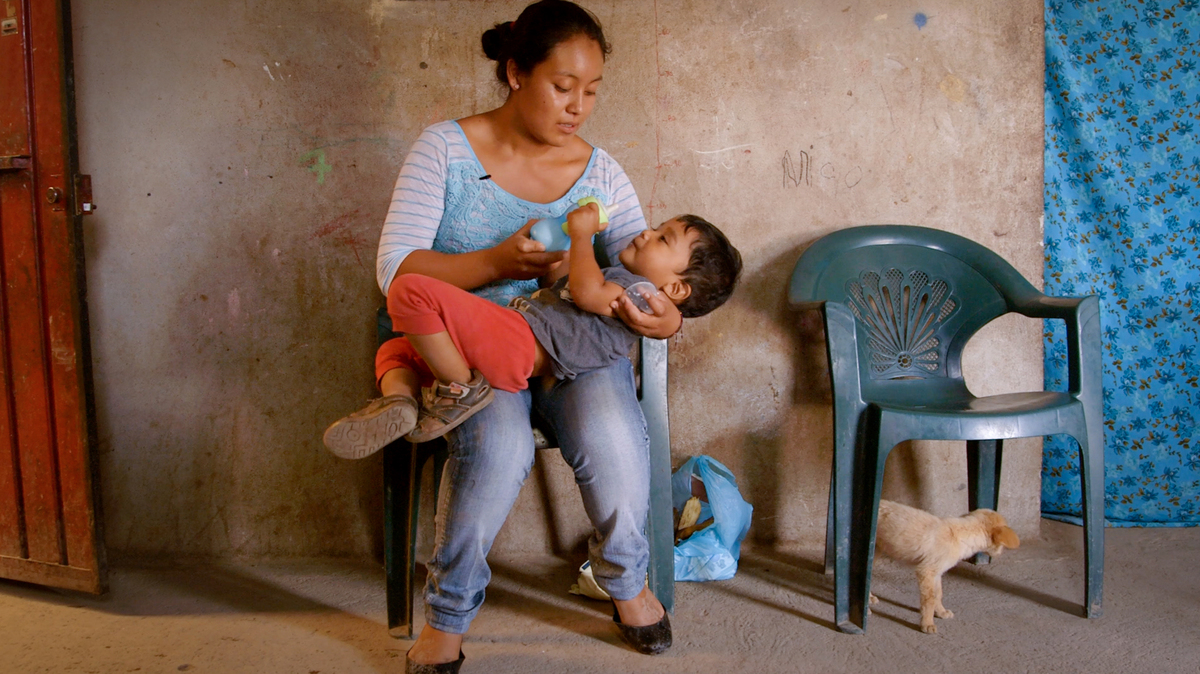 Graciela Garcia, 19, married her high school friend, Jaime, when she was 15.

A dozen young women sit in a stuffy, gnat-filled room in a community center in Coatecas Altas, part of Mexico's Oaxaca state.

At first they're shy. But it doesn't take long for them to start talking about the pressures they face to marry at a young age.

"People will come up to me in the street and ask how old I am, and then they'll tell me I'm getting old," says Yolanda De la Cruz, 21.

Child marriage was banned in Mexico in 2014, and while rates of child marriage around the world have fallen in recent decades, the numbers in Mexico haven't moved much.

According to the U.N. Women data, 25 percent of Mexican women ages 50 to 54 say they married as children, while 21 percent of women 20 to 24 report the same — a small change over more than a generation.

Many of the women in Coatecas Altas were married before adulthood. Finishing school is a major challenge for them.

The women at the community center are tutors and students, part of a program that helps young women finish primary and secondary school online. It's funded through a federal initiative called Promajoven, Young Mothers Program, run by the INEA, the Adult Education Institute.

"The idea here is that women aren't meant to study, but rather raise kids," says Celestina Guzman, 20. "You'll get married, so there's no reason to study. Your responsibility is the household."

Traditions persist — but there are changes in attitudes across generations, as evidenced in this group of assertive young women. Few are dressed in traditional stitched dresses and tops. Most wear jeans and blouses. The women either volunteer to tutor others or are students earning a stipend to study.

"I think we'll be different from our parents' generation in that we can talk to our children about things," Guzman says. "Our parents' failure was not talking to us about things. Lots of our parents were forced to get married but could never talk about it."

The Loopholes That Allow Child Marriage In The U.S.

Child marriage is still ubiquitous in Coatecas Altas, although there are no official figures on how many of these unions take place before age 18. According to U.N. Women, based on statistics from Mexico's INEGI agency, there are 6.8 million women in Mexico who married before turning 18. And, the data show, a fifth of Mexican women marry underage.

The group of women gathered at the community center estimate the average age for girls to marry in Coatecas Altas is 14 but say it happens as young as 11 or 12.

Graciela Garcia, 19, married her high school friend Jaime when she was 15. While she would have liked things to move more slowly and maybe date Jaime first, she says her father was "angry and possessive" — and that marriage was the only option if she wanted to spend time with Jaime.

But when Garcia talks about getting married, she doesn't use the word casarse which means "to get married" in Spanish. She says juntarse, which roughly means "to get together."

"In Mexico, informal unions are higher than formal marriage, and this is the main challenge we are facing because we don't have all the data to know what is happening around these informal marriages," says Ivonne Piedras from Save the Children Mexico. In these instances, the couple and/or their family agree that there will be a marriage, but paperwork is not filed until much later, if at all.

Formal or informal, there are a variety of drivers of child marriage in Mexico.

"It even happens in Mexico City, where 13 percent of women here married as children," says Ana Guëzmes, the Mexico representative for U.N. Women. "The idea is that child marriage is something that happens elsewhere but not here."

According to the U.N. Women report, marrying before 18 makes young women more likely to be poor, have a lower education, have fewer job opportunities and be victims of domestic violence.

At the heart is a society where women are still not seen as the equals of men.

"Sadly, we continue to offer young women only one path in life: to be a mother," says Guëzmes. "And once you're pregnant, data tells us it becomes much harder for women to enter the labor market."

The women who come to the community center program, generally, have been given permission by their families to continue studying. But those in the group say many women in town are not allowed to attend.

"I got lucky with a good husband and his family," says Brenda Nuñez, 24, a tutor at Promajoven. "He lets me dress how I want, go out of the house, come work as a tutor here. We don't ever fight. But it's not that way for many women here who have very tough lives with the in-laws and husbands."

Graciela Garcia expresses the importance of the tutoring group amid the often unwelcome grind of housekeeping and mothering at a young age.

"Education is beautiful, because if someone asks you something, you know how to answer," she says. "You don't have to stay silent."

Like many young brides, Garcia moved in with her in-laws — and has become the main housekeeper. Her husband went to the U.S. on a work visa, she says, so she takes care of their 2-year-old alone.

"I make tortillas, then I come make the breakfast, then do the dishes, then sweep, then wash the clothes — I'd just have a moment to sit down," she says. "It's exhausting."

Garcia says she feels her dreams slipping away as each day passes.

"I wanted to study medicine, that's what I liked. The human body, everything about health," she says. "It's basically impossible for me to do that. I'm getting older, and I'm not studying."

James Fredrick is a multimedia reporter based in Mexico City. He writes and makes radio and short films about immigration, refugees and crime. He is obsessed with Mexican food and lucha libre. He's on Twitter @jamesLfredrick

Natasha Pizzey-Siegert is a journalist and filmmaker based in Mexico City. Her work across Mexico and Central America focuses on immigration and women's rights. Contact her @natasha_pizzey

The reporting for this story was supported by The Fuller Project for International Reporting.