Accessibility links
World Giving Index Shows Generosity Is Down Overall But Rising In Africa : Goats and Soda In the latest World Giving Index, global giving was down. But there were exceptions — especially in Africa.

How Kenya Got To Be No. 3 On A Survey Of Most Generous Nations

How Kenya Got To Be No. 3 On A Survey Of Most Generous Nations 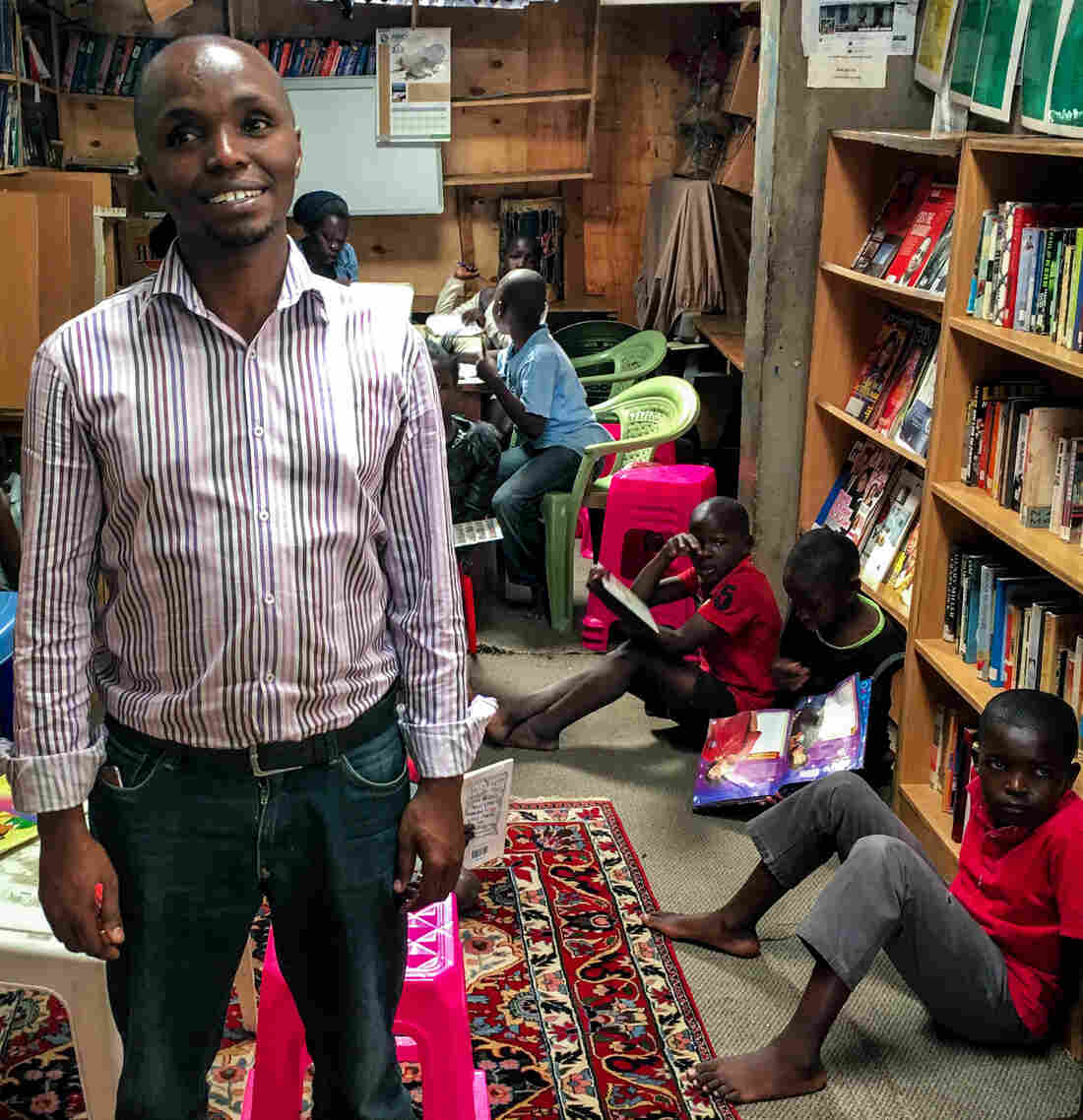 Douglas Ng'ang'a in his home, which he has converted into a community library. Kelsey Timmerman for NPR hide caption 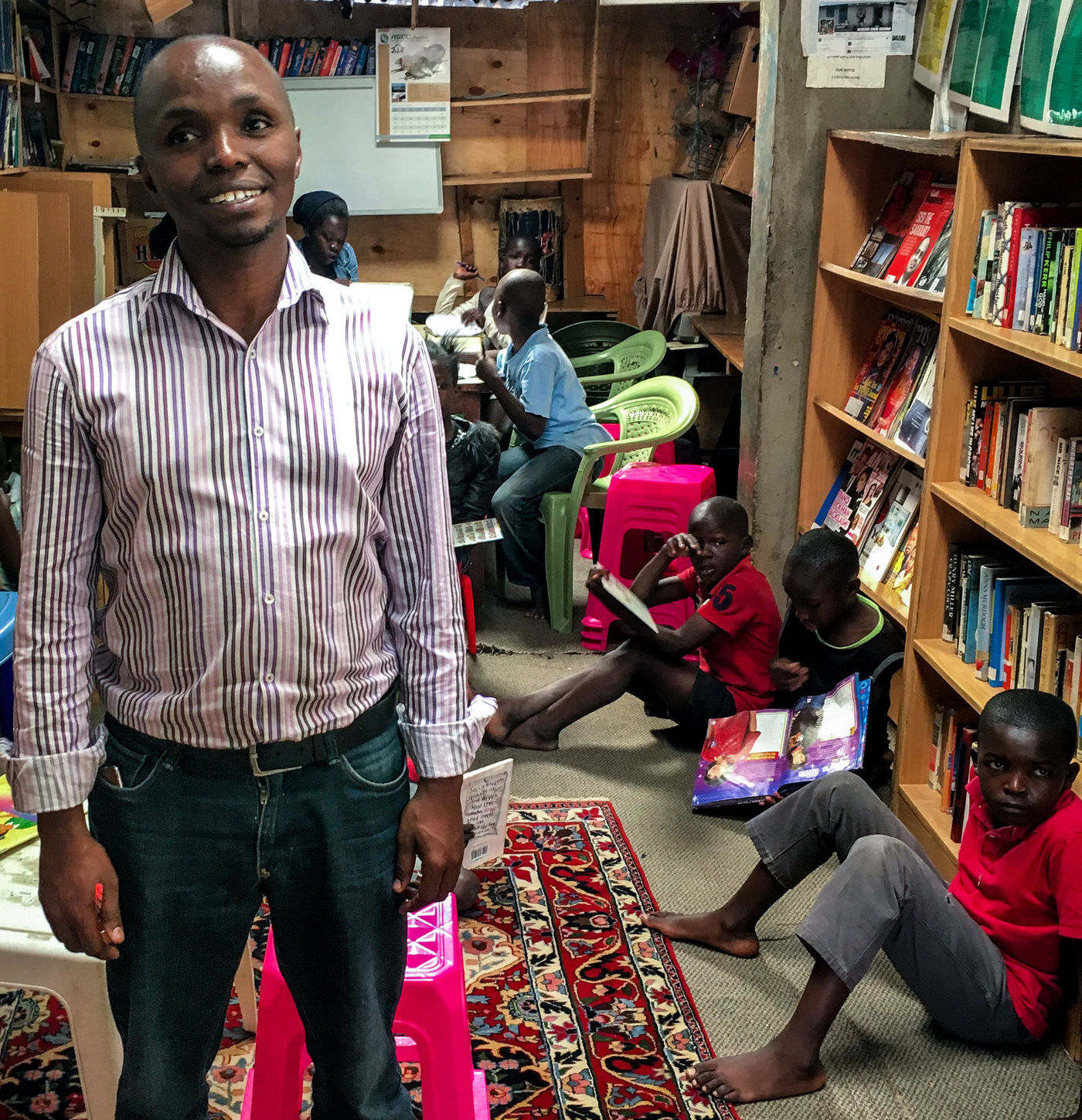 Douglas Ng'ang'a in his home, which he has converted into a community library.

Douglas Ng'ang'a stands in the middle of the "slum library" he runs. Only he doesn't take credit for the 3,000 books housed in his childhood home in Nairobi's Mathare Valley.

"The books just showed up," he says.

Well, not exactly. His neighbors brought them.

Ng'ang'a funds the library by working as a driver. He started the collection with 200 of his own books. Members of the community spread the word through social media and pitched in.

In Kenya, the generosity that led to the library isn't an exception.

Each year, the Charities Aid Foundation (CAF) compiles a World Giving Index, and the 2017 rankings list Kenya as the third most generous nation behind Myanmar and Indonesia. 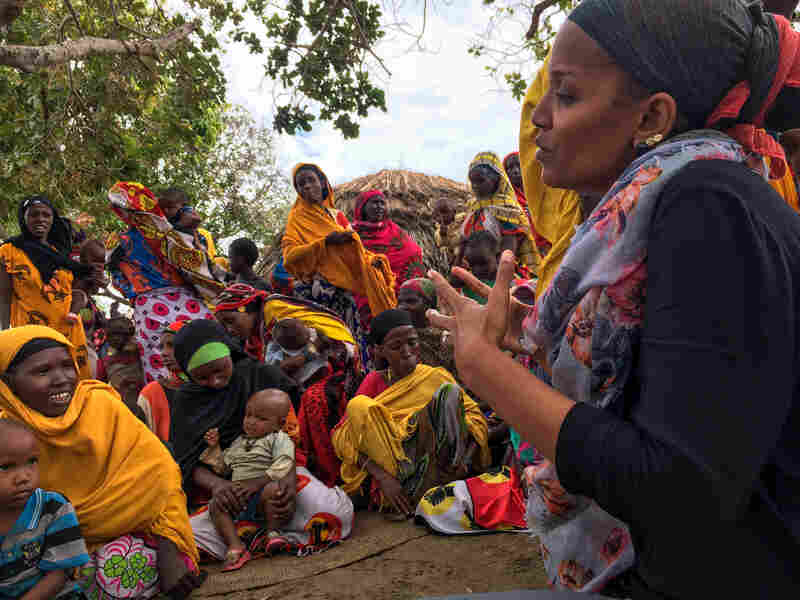 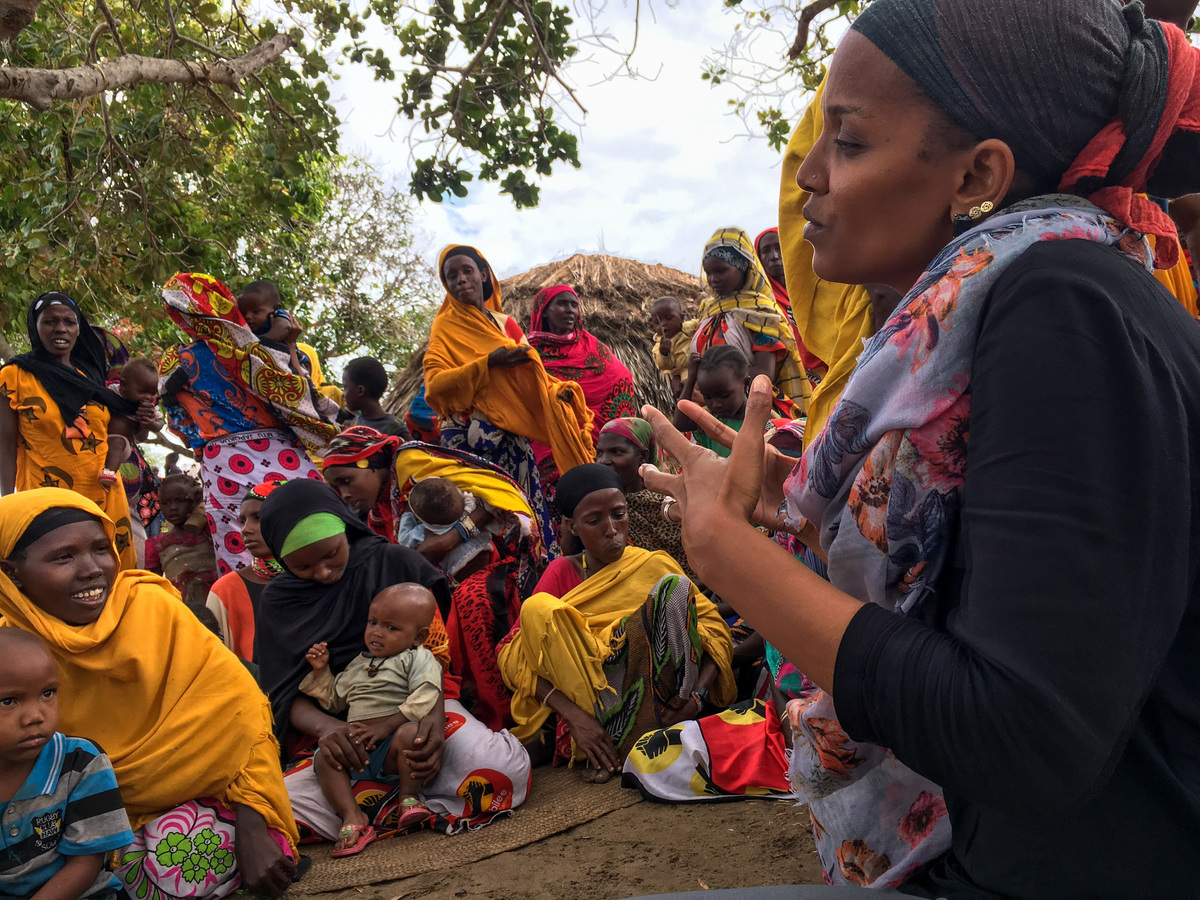 The rankings are based on three data points from Gallup's World Poll: the percent of respondents who have donated, volunteered and helped a stranger in the previous month. The rankings "are not a proxy for racial or ethnic tolerance," says a spokesman for CAF and don't account for broader social issues, so Myanmar tops the list for the fourth year in a row despite the ongoing crisis involving half a million Rohingya people fleeing government violence.

"The CAF World Giving Index provides an important perspective on how giving may differ across countries. Scholars are also working on research initiatives that can track amounts of giving as well as measuring the broader socio-economic and religious contexts that shape generosity," says Una Osili, associate dean for research and international programs at the Lilly Family School of Philanthropy at Indiana University-Purdue University Indianapolis. She was not involved with the index.

Overall, the survey found that global giving was down, led by a decline in developed countries. The United States dropped from 2nd to 5th but still gives the largest percentage of its gross domestic product — 2.1 percent.

But as reflected by Kenya's rise from 40th five years ago to number 3, there is a bright spot in the new rankings. And it's not just a Kenyan trend.

"The big story this year is the amazing rise in giving across Africa," says Sir John Low, CAF's chief executive. "Around the world, economic development is lifting the income of millions of people and it is truly humbling to see that the natural reaction to increasing wealth is to give back."

The Brookings Institute projects that 2.4 billion people could enter the middle class by 2030 and projects substantial growth in Africa.

"Research has shown that when people have money and they are surrounded by a great deal of need they become more generous," says Adam Pickering, CAF's international program director.

Africa is the only continent to see an increase in all three giving behaviors. Eight African nations, including Kenya, Ghana, Zambia, Sierra Leone, Liberia, Zimbabwe, South Africa and Tunisia, are in the 13 most improved countries this year.

For Kenyans, the rising generosity isn't a surprise.

"Sharing is a cultural trait with Kenyans," Pauline Wambeti, country director for Nuru International Kenya, wrote by email. Nuru is a nonprofit that seeks to end poverty. Previously, she has worked with AIDS programs, microfinance and the United Nations.

Kenyan Caroline Teti is the external relations director of GiveDirectly, which gives direct cash transfers in impoverished communities in Kenya. There's only one word on the Kenyan coat of arms — "harambee" — she says. It's Swahili, meaning: "all pull together."

"I think the harambee spirit has inculcated in Kenyans a strong sense of giving," Teti wrote by email, "[P]eople traditionally view individual pressure as a matter that should concern the whole community. In many communities in Kenya, people gave materially to other community members under distress. Post-independence, I think this took a totally new dimension as people looked to improve the education of their clansmen and the larger community."

Teti believes social media has also played a role in spreading giving beyond ones on community.

"[T]he use of social media has driven resource pooling and support to strangers to a totally new level. Needy cases are raised through online fundraising drives on platforms like Facebook and WhatsApp, and then people contribute money to these causes."

I spent the month of August in Kenya and Zambia researching my upcoming book on giving and generosity, and I found that it wasn't hard to find individuals who give of themselves.

I met Harrison Kalu, a nurse with Safari Doctors, which provides medical services and medicine in Lamu County to coastal and island communities isolated by geography and the terrorist group al Shabaab. Kalu has worked in the region since 1987, first for the Ministry of Health and then for a string of NGOs. Al Shabaab knows him by name. One day they came looking for him. Kalu guessed they needed some medical attention and would have killed him after he provided it. He wasn't there, but his motorbike was. They set fire to it. Still he's undeterred. Kalu, 65, even donated six months of his time to the organization without pay.

"It was dangerous," Kalu said, "but I was not worried about dangers if I'm serving my people."

I met Rozy Mbone, a former gang leader who trafficked guns in one of Nairobi's most dangerous communities, Korogocho. Some of her friends were perpetrators of Kenya's post-election violence in 2007. In 2012 Rozy met Selline Korir, a local peace activist, and now Rozy leads her friends as they risk their lives as volunteers promoting peace. They organize talking circles with victims of violence, meet with the police and host rallies.

"You have to let your courage cover the fears of others," Rozy said, explaining her often dangerous volunteer work rushing to the frontline of conflict in her community.

And I met Douglas in his slum library where kids, many of whom grow up with almost no books in their own homes, sat on the floor reading. Douglas hopes that through the continued generosity of his community he will fill the room with more books and expand into more art programs and offer computer lessons.

Adam Pickering at CAF is confident that the World Giving Index is good at showing trends. But he is quick to point out that the cause of the trends involves a lot of speculation.

"We publish this and we sit back and watch different news sources pick it up around the world," Pickering said by phone. "In some countries, it's a huge story. And you watch debate rage: Why has [giving] gone down? Why has it gone up? How generous is our culture? How might we try to be more generous"

Kelsey Timmerman is the author of Where Am I Wearing? and Where Am I Eating? He's currently working on his third book, Where Am I Giving? A Global Adventure Exploring How to Use Your Gifts and Talents to Make a Difference.