Accessibility links
Is A Chicken Or Goat Incentive Enough To Stop Families From Marrying Off Underage Daughters? : Goats and Soda A program in Ethiopia promises a farmyard incentive to families that don't marry off an underage daughter.

How Chickens And Goats Are Helping To Stop Child Marriage

How Chickens And Goats Are Helping To Stop Child Marriage 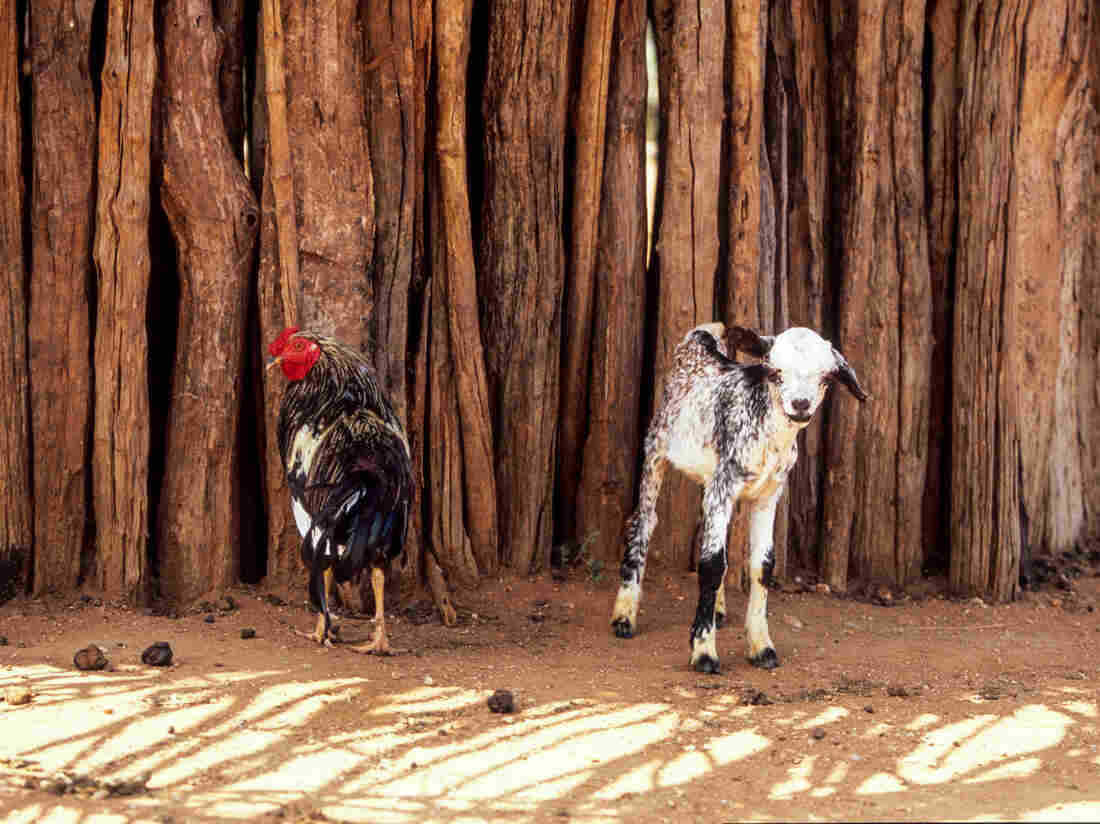 The modest proposal: Keep your daughter in school for two years and don't marry her off and you'll get a goat or two chickens. The animals pictured above live in Ethiopia, where the strategy to stop child marriage was tested. David Cayless/Getty Images hide caption 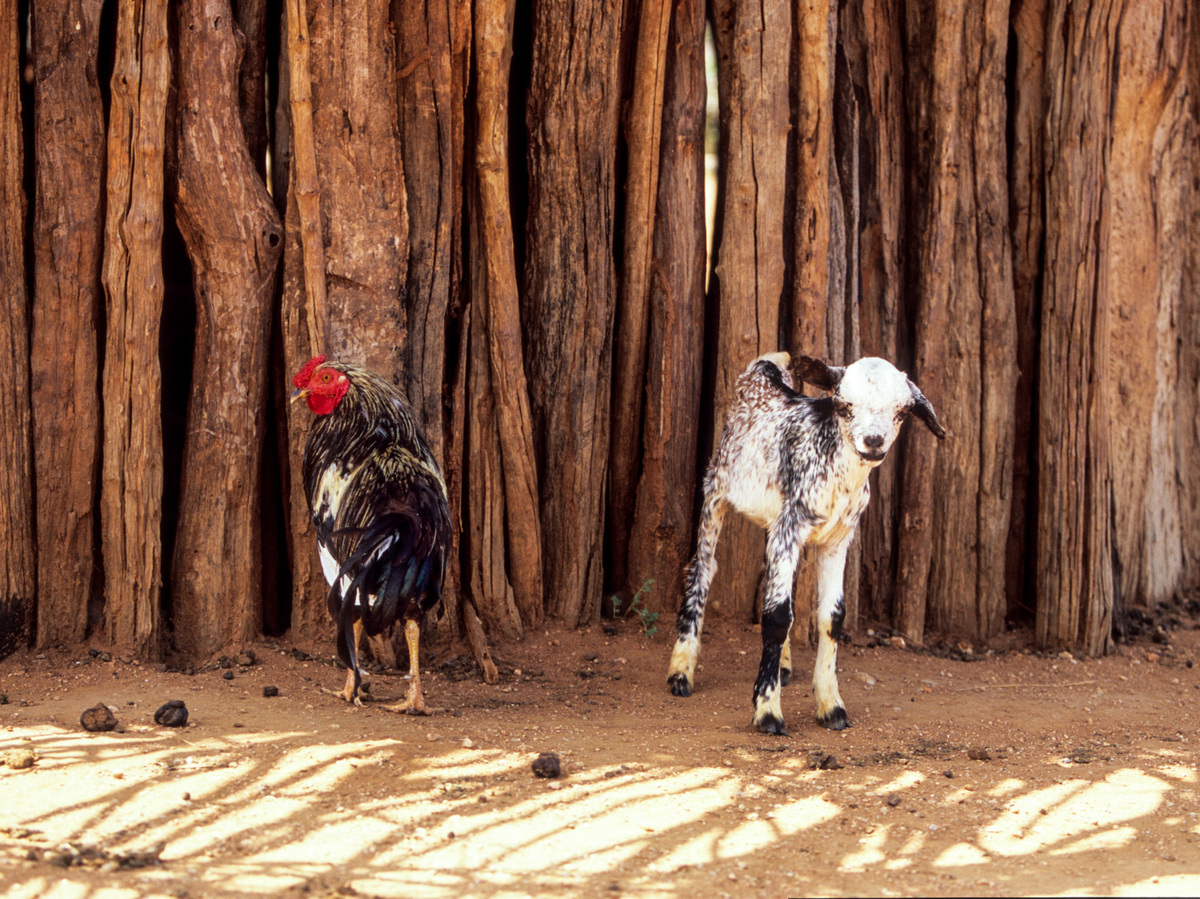 The modest proposal: Keep your daughter in school for two years and don't marry her off and you'll get a goat or two chickens. The animals pictured above live in Ethiopia, where the strategy to stop child marriage was tested.

Many girls get married before age 18 in the northern, Amhara region of Ethiopia. The legal age of marriage is 18 — but the law is seldom enforced.

"My family received a request for my marriage when I was in grade 6," says one young woman from the area, who asked not to be named to protect her privacy. "All my elder sisters were married when they were children. It was common in the kebele [neighborhood]."

The youngest in her family, she is now 23, a university graduate and still unmarried.

And the reason has a lot to do with ... a chicken.

"See, one misperception is that child marriage is an intractable practice," says Annabel Erulkar, a social scientist at the Population Council who helped launch a program called Berhane Hewan in Ethiopia about 14 years ago. "My experience is that communities are quite open to change," she says — especially when they are presented with better alternatives.

And Berhane Hewan presented a lot of alternatives. The first step was setting up regular community meetings where locals could discuss child marriage and why it is so widely practiced in the area — and what it would take for families to stop it.

Many families were pulling their daughters out of school because they couldn't afford school fees. So Berhane Hewan gave school supplies to participating girls between the ages of 10 and 19 and also matched them up with older female mentors.

Families who kept their girls unmarried and in school for two years were rewarded with a goat, sheep or a pair of chickens.

The multi-faceted approach seemed to work. In a 2009 study, Erulkar tested out the program with more than 450 girls from the village of Mosebo. She found that girls age 10-to-14 who participated in the two-year program were 90 percent less likely to be married than girls in a nearby community who didn't participate.

The key to the program's success, Erulkar says, was involving community leaders.

"The idea of the goats and the chickens came from the communities, at one of those meetings," Erulkar says. In this part of Africa, the lure of a "bride price" or dowry — in the form of money or livestock — often pushes parents to arrange early marriages for their daughters, she says. The gift of an animal gives families an economic incentive to hold off.

"In Ethiopia, we found that chickens were the best choice," Erulkar says. That's because men usually tend to goats, but "the girls themselves would harvest the eggs and sell them for school supplies."

At these meetings, communities also "devised their own, home-grown approaches to fighting child marriage," Erulkar says. In some villages, for instance, where it was customary for neighbors to help each other harvest crops, local leaders agreed that families that arranged an underage marriage wouldn't get any such help.

Even the idea for the program's name — which means "light of Eve" in Amharic — came out of an early community meeting.

Bolstered by early results, Erulkar and her colleagues expanded the program in Ethiopia and launched similar ones in Burkina Faso and Tanzania, enrolling more than 12,000 girls and their families. A report published on the Population Council's website this summer analyzed the effect of each strategy — community meetings, free school supplies and gifts of livestock — deployed separately and together.

Different tactics worked in different areas. In Tanzania, for example, in communities where girls were offered goats for remaining unmarried and in school, girls aged 15–17 were two-thirds less likely to be married than girls of the same age in a nearby community where there weren't offered goats. A full summary of the findings is available online. 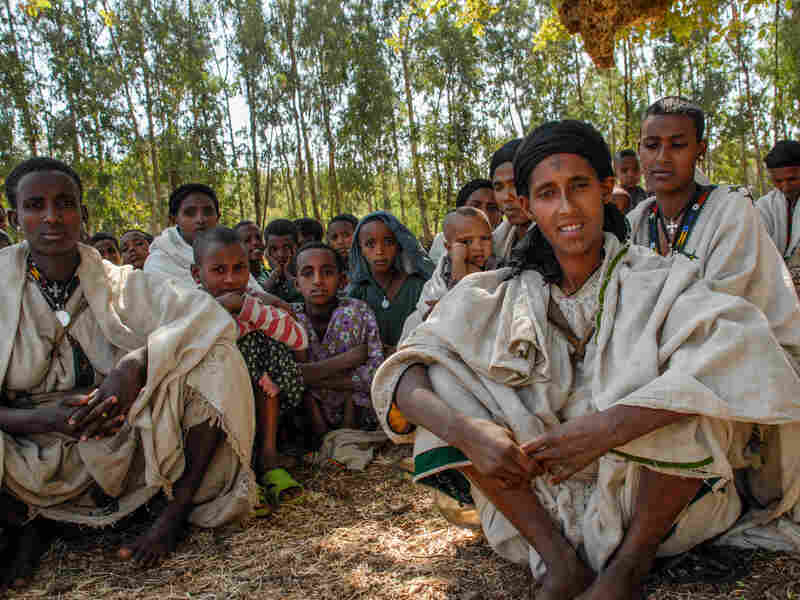 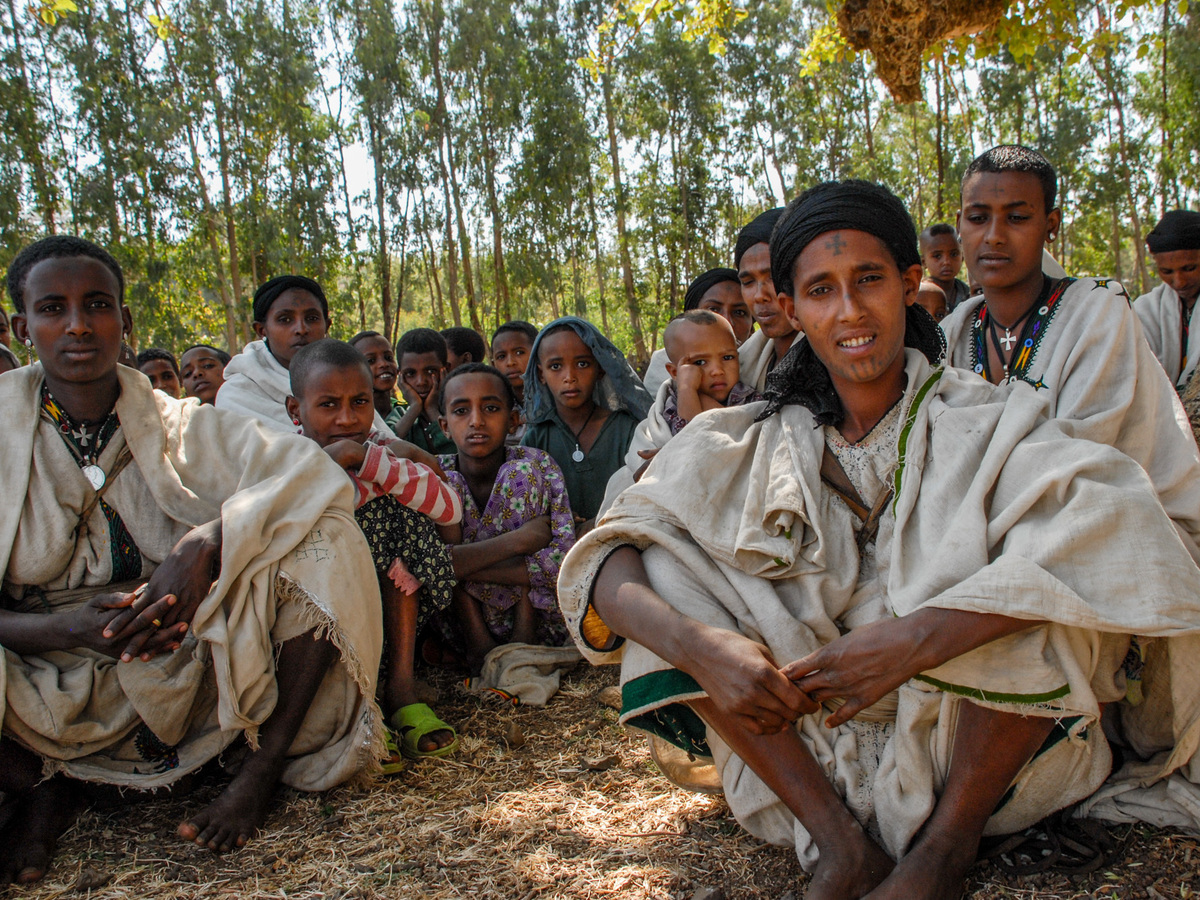 The key to Berhane Hewan's success was involving local communities, says a social scientist who helped launch the program.

Erulkar and her colleagues hope that programs like Berhane Hewan will help change social norms around child marriage. "We haven't studied the long-term impact at this point," she says. "But when we go back to the communities we do find that it made a lasting change. Families suddenly realize [they] don't have to carry on with this practice of child marriage."

Most of the communities have continued to hold regular meetings to discuss not just child marriage but all sorts of issues, Erulkar says. "And we've seen that the community-based mentors we've trained tend to carry on the work even after the program is over."

Anita Raj, who heads the Center on Gender Equity and Health at the University of California, San Diego, is impressed. "From what I've seen so far, I'd say it's a strong program that has strong science underlying it," says Raj, who was not involved in the development or study of Berhane Hewan. She does believe that further monitoring of long-term effects is essential.

Programs to prevent child marriages can be especially complicated to design, Raj says. Interventions can backfire. Over two decades ago, a program similar to Berhane Hewan, called "Our Daughters, Our Wealth," was set up in Haryana, India. Families who kept their daughters in school and unmarried were rewarded with $400. "The problem was, families basically viewed the payment as dowry," Raj says. Families used the money to boost their daughters' dowry funds and marry them off as soon as they turned 18.

The lesson, Raj says, is that incentives aren't enough — they have to be accompanied by community discussions around how child marriage hurts girls, and how elevating the status of girls can benefit everyone. That's where Berhane Hewan has done well, she says.

Indeed it's at least succeeded in changing the views one 52-year-old farmer in Amhara, who asked not to be named to protect his family's privacy. "I was guilty of arranging child marriages," he told NPR. "It was deep-rooted problem in the community, which was believed to be a good practice to establish strong relationships between families."

Now, two of his daughters have completed schooling through the 10th grade, he says. "They are free to decide and choose their partner and when to marry."