Accessibility links
Safety Concerns About Dengue Vaccine Shut Down Immunization Campaign In Philippines : Goats and Soda It took 20 years and $1.5 billion to develop a vaccine for dengue, a deadly mosquito-borne virus. After it finally got approval in many countries, a complication has surfaced. 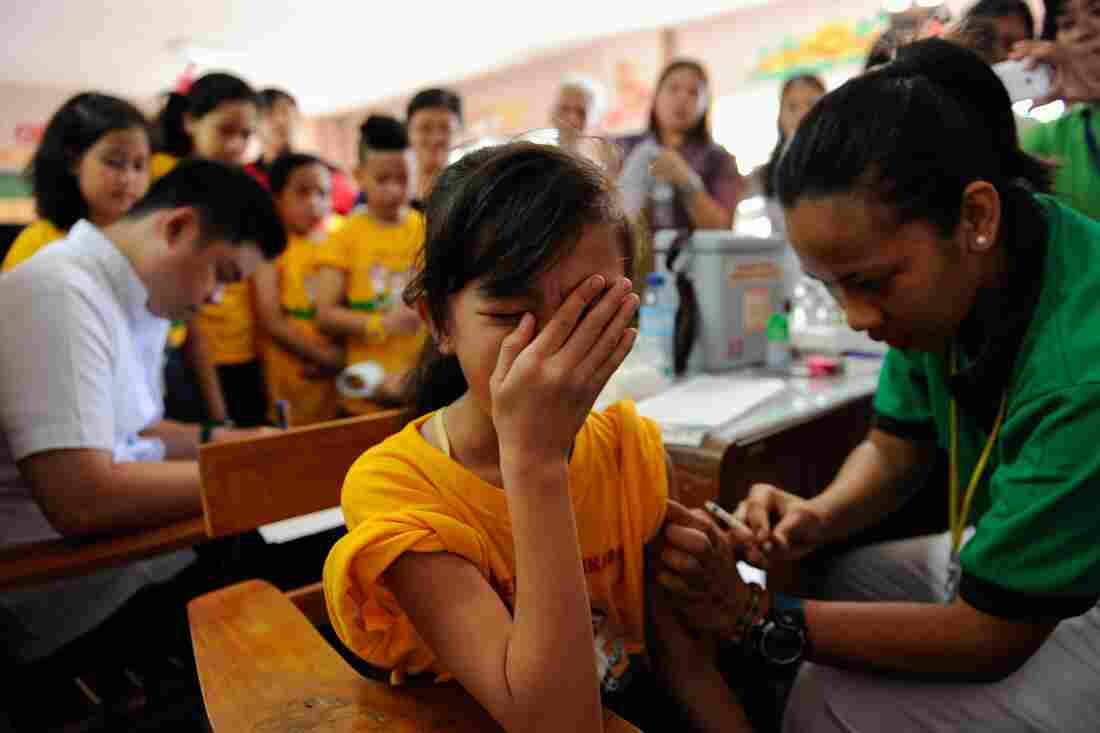 A girl is vaccinated against dengue as part of a public immunization program for children in the Philippines. The program was suspended after the company raised safety concerns about the vaccination. Dondi Tawatao/Getty Images hide caption 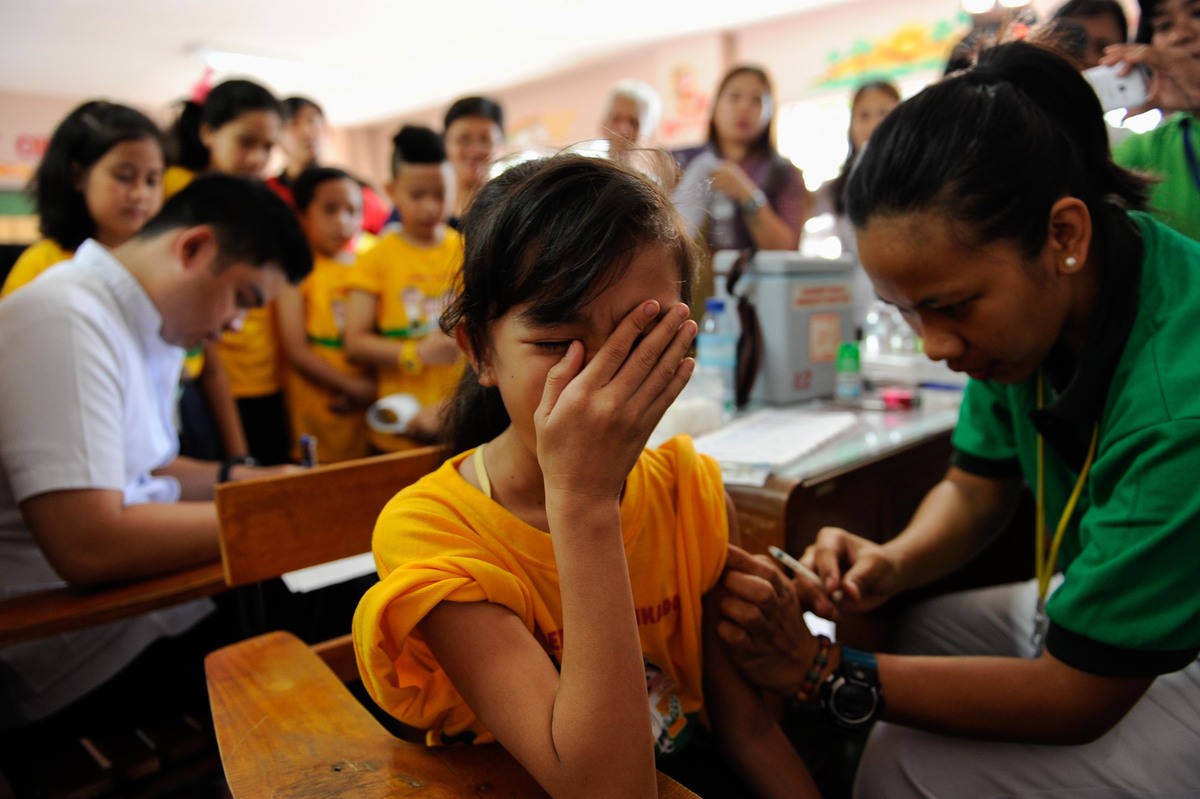 A girl is vaccinated against dengue as part of a public immunization program for children in the Philippines. The program was suspended after the company raised safety concerns about the vaccination.

The world's only vaccine against dengue has hit a roadblock, and this complication is causing some countries to restrict use of the vaccine.

Sanofi Pasteur, the French company that manufactures the shot, raised new safety concerns last week about the vaccine. In response, the Philippines suspended a mass immunization campaign, which has already given one dose of the vaccine to more than 700,000 children. And the Brazilian government has tightened restrictions on the shot.

The vaccine — called Dengvaxia — raises the risk of a deadly form of dengue for people who have never been exposed to the virus, Sanofi Pasteur wrote Wednesday in a statement. The company says it discovered the complication after analyzing data from a six-year study.

"For those not previously infected by dengue virus ... the analysis found that in the longer term, more cases of severe disease could occur following vaccination upon a subsequent dengue infection," the company said in a press release.

Dengue typically causes a moderate illness with flu-like symptoms. But in about 5 percent of cases, the disease can be life-threatening, with the possibility of internal bleeding and organ failure. Dengue sickens hundreds of millions of people and kills more than 20,000 each year.

This severe form of dengue is a leading cause of death among children in some parts of Asia and Latin America, the World Health Organization says.

"As far as we know, as far as we are made aware, there are no reported deaths that are related to dengue vaccination," Ruby Dizon, the medical director at Sanofi Pasteur Philippines, told Reuters on Tuesday.

Previous studies have found Dengvaxia is about 60 percent effective for children who live in countries where dengue is common. Those findings still stand, the company says.

But the new safety warning is particularly concerning for young children because they are less likely to have been exposed to dengue before getting the shot.

In response to the new safety warning, the WHO is reviewing its guidelines for the vaccine and is temporarily recommending the vaccine be given to people only if they know they've had previous infections.

Sanofi Pasteur has spent more than $1.5 billion to develop Dengvaxia over the past two decades. The vaccine is currently approved in 19 countries, including Costa Rica, El Salvador, Guatemala, Indonesia, Mexico and Thailand.