Accessibility links
Health Care Costs Push A Staggering Number Of People Into Extreme Poverty : Goats and Soda And half the world's population doesn't even have access to essential health services, according to a report from the World Bank and the World Health Organization. 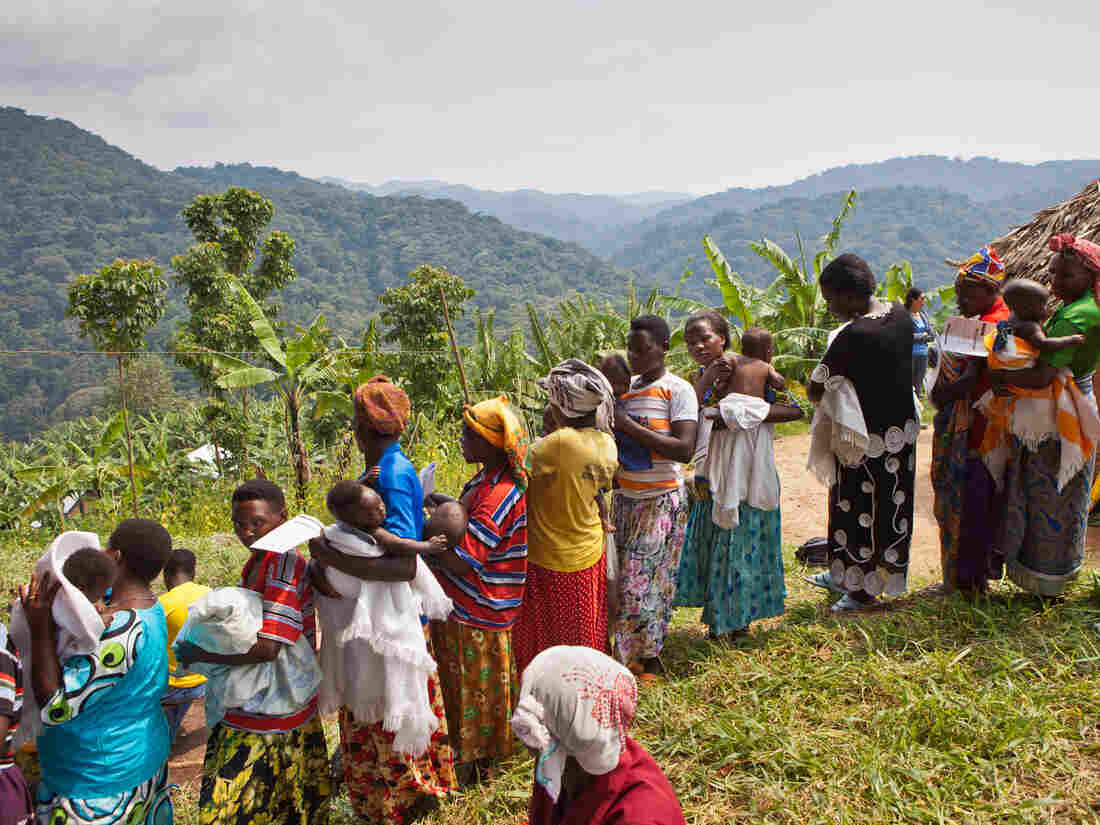 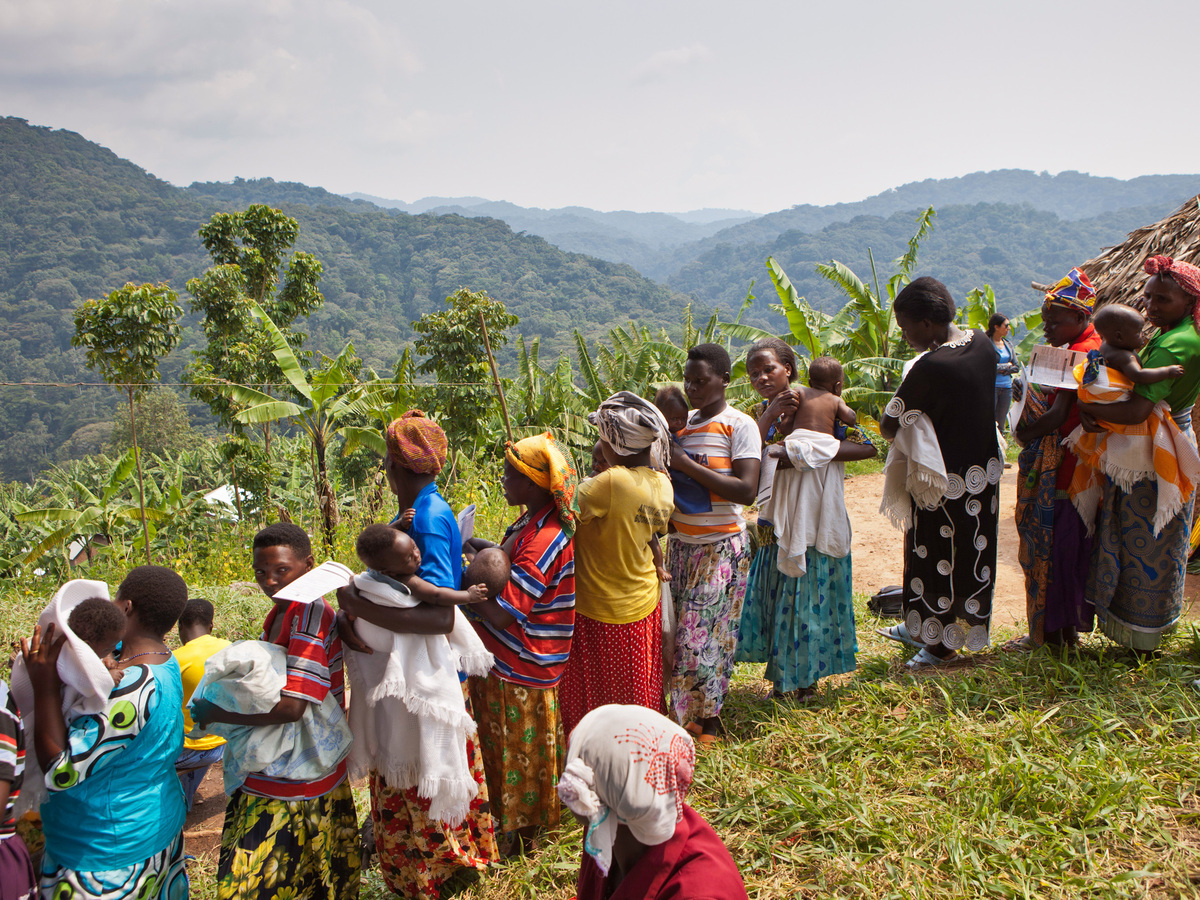 Women line up to vaccinate their children in Kitahurira village, Uganda.

There's new — and shocking — evidence about the toll that health care costs are taking on the world's most vulnerable. A joint report published in the journal Lancet Global Health this week by the World Bank and the World Health Organization estimates that each year more than 100 million people are pushed into extreme poverty in order to pay for health services — meaning that after covering their health bills, their income amounts to less than $1.90 a day.

What's The Meaning Of The World Bank's New Poverty Lines?

Another 800 million people are spending at least 10 percent of their household budget on health care. And 3.5 billion people — accounting for more than half of the world's population — are simply forced to go without most essential services.

The kind of care they are missing out on is life-saving but also often extremely basic, says Tim Evans, senior director of health, nutrition and population at the World Bank Group.

"Nearly 20 million infants don't receive the immunizations they need to protect them from diphtheria, tetanus and pertussis," he says. "These are very common childhood infections that can be completely prevented through low-cost vaccination."

Similarly, he adds, "more than a billion people live with uncontrolled high blood pressure — meaning they have no access to treatment."

The problem is particularly acute in sub-Saharan Africa and parts of South Asia. And Evans says that to a large extent it's due to the lack of health infrastructure, personnel and supply chains to serve remote regions where there's high poverty.

But he says just as problematic is the lack of health spending by governments. Many contribute very little toward subsidizing care for low-income people. There's also often no viable system of health insurance.

Left to pay for care out of their own pocket, "people either don't go when they need to, or they go too late," says Evans.

The consequences can be especially severe when there's a health emergency — say, someone is in a car accident, or a pregnant woman needs a caesarean section. A hospital might agree to treat them. But a separate report by the London-based think tank Chatham House, also released this month, suggests that in cases where the patient can't afford to pay, it's surprisingly common for hospitals to detain them until their families can cough up the money.

"Some of the most vulnerable people you can imagine are being kept prisoner, basically," says Robert Yates, the lead author of that report.

"They're locked up in a sort of secure area with security guards. They are then often not given ongoing medical care that they need, and maybe not given sufficient food. ... It's really quite brutal."

It's also technically illegal. That makes it difficult to determine just how widespread the practice is. But after an exhaustive review of local reports and news accounts across a large number of countries, Yates estimates that hundreds of thousands of people are subjected to this kind of medical detention each year. And once again the problem is most prevalent in sub-Saharan Africa.

As depressing as this picture may appear, says the World Bank's Evans, the situation is far from hopeless.

Over the last 15 years, he notes, governments of low-income countries and the international community invested heavily to ensure that the world's poorest wouldn't have to cover the cost of high-priority diseases such as HIV/AIDS and malaria. The result is that "we saw some really spectacular increases in access to, for example HIV treatments. ... So there's reason to suggest the trend is moving in the right direction."

But paradoxically the increasing availability of care in areas where it was previously less common has also increased demand for it — even as people's ability to pay has not.

This has put a growing number of people in an impossible position: "People need and want more care," says Evans. "But the financing system hasn't kept up. ... So people will go to extreme lengths to afford it."