Accessibility links
U.N. Envoy Shares Dire Impressions From His Report On Poverty In U.S. : Goats and Soda He undertook his fact-finding mission with a series of questions: Are those in poverty able to live with dignity? And what does a government do to protect those who are most vulnerable?

U.N. Investigator On Extreme Poverty Issues A Grim Report — On The U.S.

U.N. Investigator On Extreme Poverty Issues A Grim Report — On The U.S. 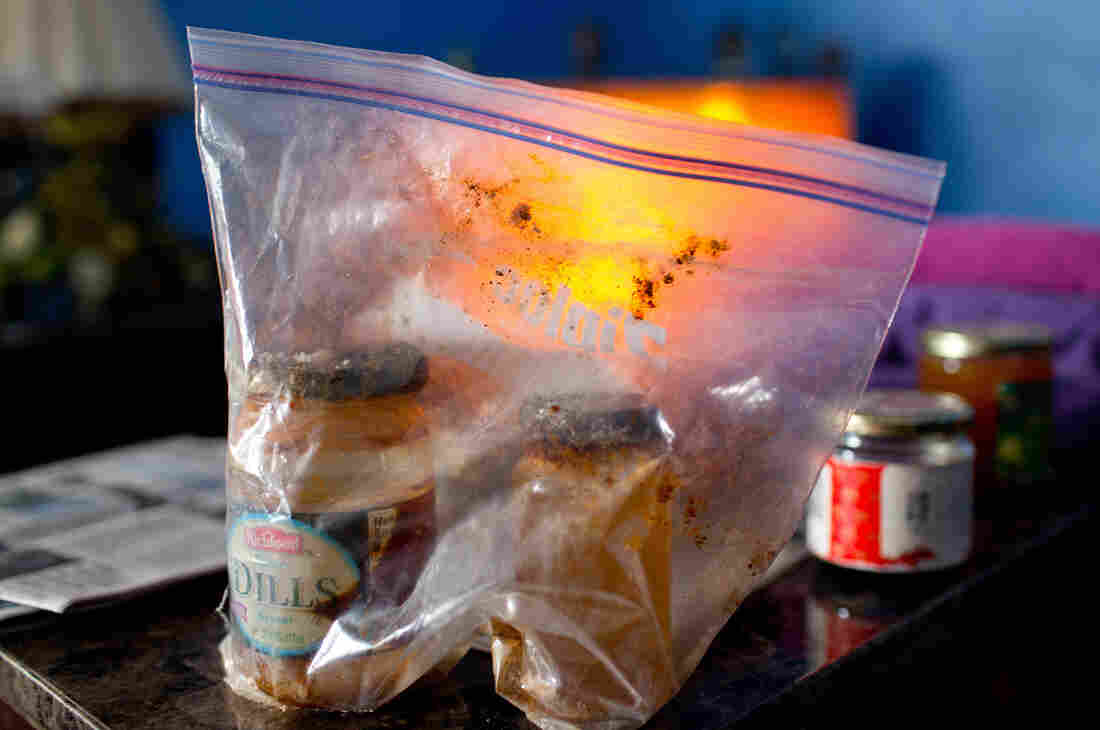 Water polluted by mine runoff in West Virginia. Philip Alston, the U.N. envoy, cites a ranking of 178 countries by access to drinking water and sanitation. The United States trails behind many wealthy countries, coming in at No. 36. Andrew Lichtenstein/Corbis via Getty Images hide caption 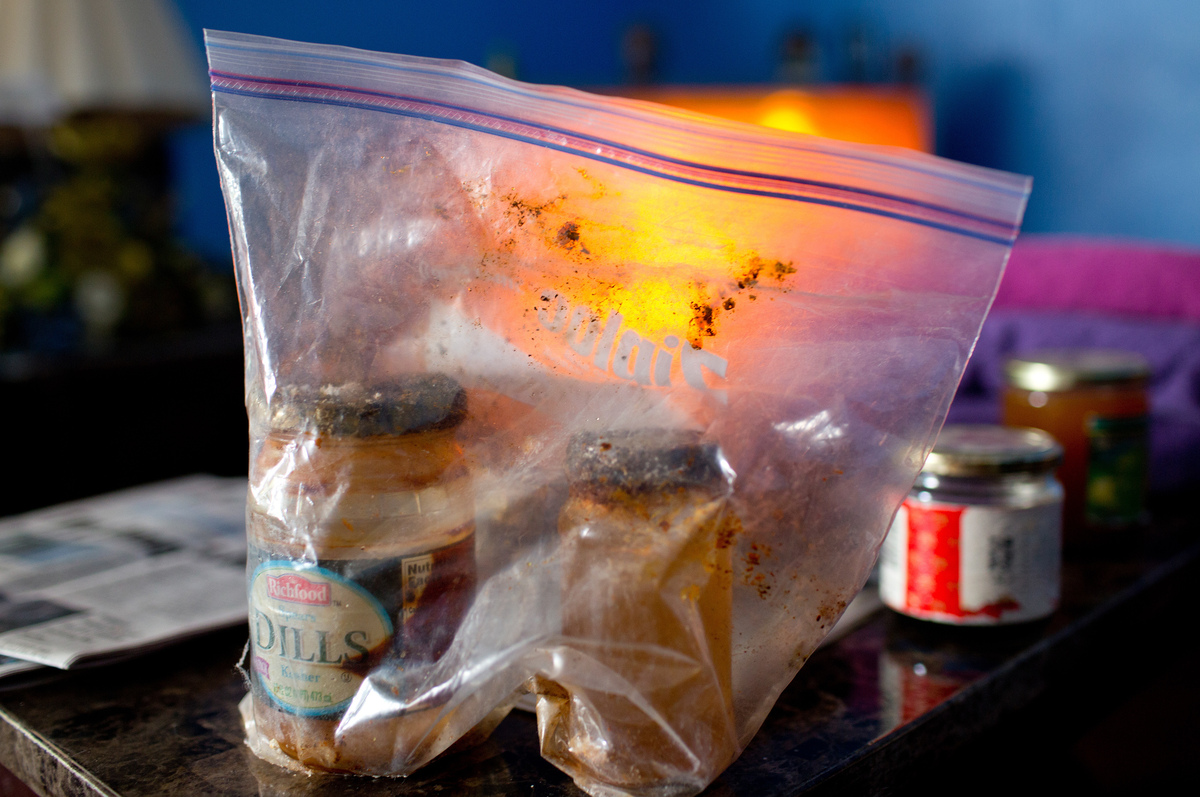 Water polluted by mine runoff in West Virginia. Philip Alston, the U.N. envoy, cites a ranking of 178 countries by access to drinking water and sanitation. The United States trails behind many wealthy countries, coming in at No. 36.

Philip Alston wanted to know: Just how bad is poverty in the United States?

He's an Australian law professor who in 2014 was appointed as a United Nations special rapporteur on extreme poverty and human rights. He contacted the Obama administration before the presidential election to get permission to undertake a fact-finding mission in the United States. The Trump administration honored the invitation.

Now, after two weeks of reporting, Alston has released his preliminary findings. And they present a bleak picture. The American dream, he says, is an "American illusion." But he did find a few glimmers of hope.

Alston undertook his expedition with a series of questions: "Are those in poverty able to live with dignity? What does a government do to protect those who are most vulnerable?" To gather information, he traveled to Washington, D.C.; Los Angeles; San Francisco; Alabama; Puerto Rico; and West Virginia. He talked to poverty experts, civil society organizations, government officials and regular people born or thrust into poverty.

In a statement released last week and in an interview for All Things Considered, he shared some of his conclusions.

An Outsider's View Of How the U.S. Treats Its Most Vulnerable

An Outsider's View Of How the U.S. Treats Its Most Vulnerable

Just who are the poor? Alston says that many of them are children and women. And they are all races. "The face of poverty in America is not only black or Hispanic but also white, Asian and many other colors."

He found that stereotypes serve to undermine the poor — and are used to justify not coming to their aid. "So the rich are industrious, entrepreneurial, patriotic and the drivers of economic success. The poor, on the other hand, are wasters, losers and scammers," Alston told NPR. As a result, he says, many people believe that "money spent on welfare is money down the drain. Money devoted to the rich is a sound investment."

He spoke to politicians and political appointees who were "completely sold on the narrative of such scammers sitting on comfortable sofas, watching color TVs, while surfing on their smartphones, all paid for by welfare."

But Alston says he met people working full time at chain stores who needed food stamps because they couldn't survive on their wages.

And he was shocked by the type of poverty he witnessed: "I saw sewage-filled yards in states where governments don't consider sanitation facilities to be their responsibility." And "people who had lost all of their teeth" because dental care wasn't covered by their health insurance plans. And homeless people who were told to move by a police officer who had "no answer when asked where they could move to."

"People in the U.S. seem particularly unable to stomach the sight of homeless," he says, "yet are unwilling to enact policies to help them."

Contrasts between the rich and poor abound. "While funding for the IRS to audit wealthy taxpayers has been reduced, efforts to identify welfare fraud are being greatly intensified," he says. The wealthy also stand to benefit from advances in technology, while robots and automation threaten to take away jobs from people in low-skill labor positions, he says.

Meanwhile, the poor may not even be able to use the Internet. Alston states that nearly half of all people living in West Virginia lack access to high-speed Internet. "When I asked the governor's office in West Virginia about efforts to expand broadband access in poor, rural communities, it could only point to a 2010 broadband expansion effort," he says in the statement. It's not that they don't want it; half of the state's counties have reportedly applied for broadband assistance. The U.N. considers the Internet to be a human right for its ability to support education, drive development and foster citizen engagement, among other things.

Not everything Alston found was grim.

"I was very impressed by a lot of the community organizing," Alston told NPR. "I was very impressed by a voluntary health, dental, even psychological care clinic that I saw called West Virginia Health Right, which has no full-time doctors or dentists but relies on volunteer services from those communities and ends up seeing 21,000 patients a year." He visited St. Boniface, a Catholic church in San Francisco, where people without homes could rest in pews during the day.

Still, he concludes that American innovation, money and power aren't being channeled to address poverty — and there is a lot of poverty to address. In 2016, 40 million people — more than 1 in 8 citizens — lived in poverty, according to the U.S. Census Bureau. "The reality is that the United States now has probably the lowest degree of social mobility among all the rich countries," Alston says. "And if you are born poor, guess where you're going to end up — poor."

Alston also criticized the Republican tax reform bill that just passed in Congress. He says it "stakes out America's bid to become the most unequal society in the world."

Last Friday, Alston met with State Department representatives. He says he isn't holding out hope that top-down reform will be implemented after his final report is released in the spring. But he hopes that his work will motivate lawmakers, media and ordinary Americans to address poverty in their areas. And maybe the United States will feel pressure from the international community after seeing the facts, he adds.

"There is no magic recipe for eliminating extreme poverty, and each level of government must make its own good faith decisions," says Alston. "But at the end of the day, particularly in a rich country like the USA, the persistence of extreme poverty is a political choice made by those in power."