Accessibility links
After Our Story On 'Kenya Time,' Readers Tell How Lateness Is Just Fine In Many Parts Of The World : Goats and Soda After reading our story on "Kenya time," readers shared the rules of punctuality in their countries, from Jamaica to Vietnam.

People All Over The World Are Late For A Very Important Date. Is That So Bad?

People All Over The World Are Late For A Very Important Date. Is That So Bad? 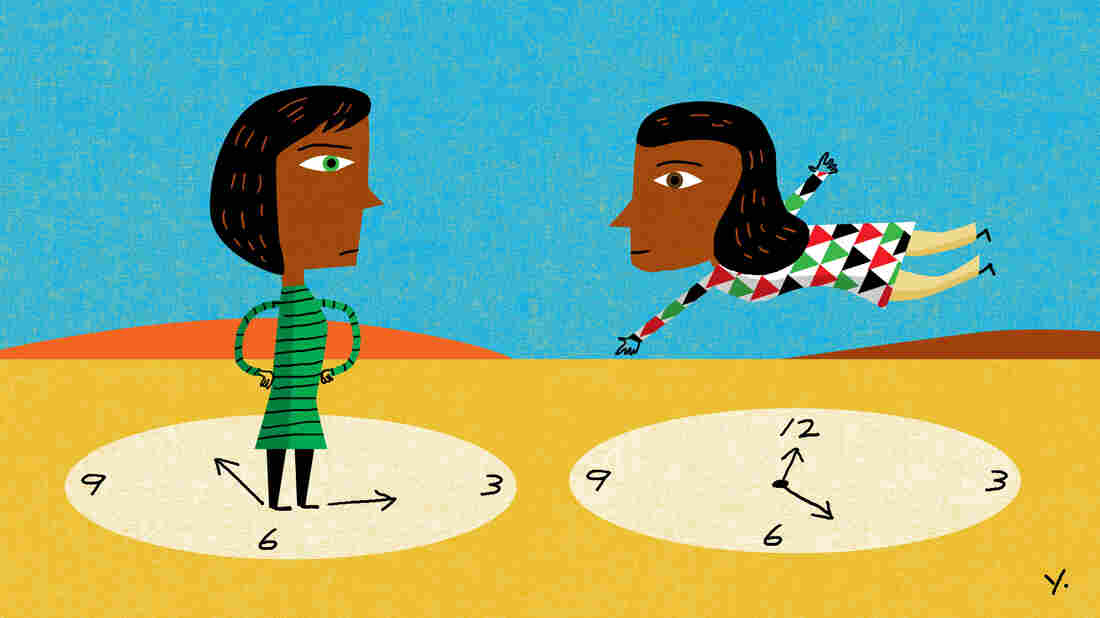 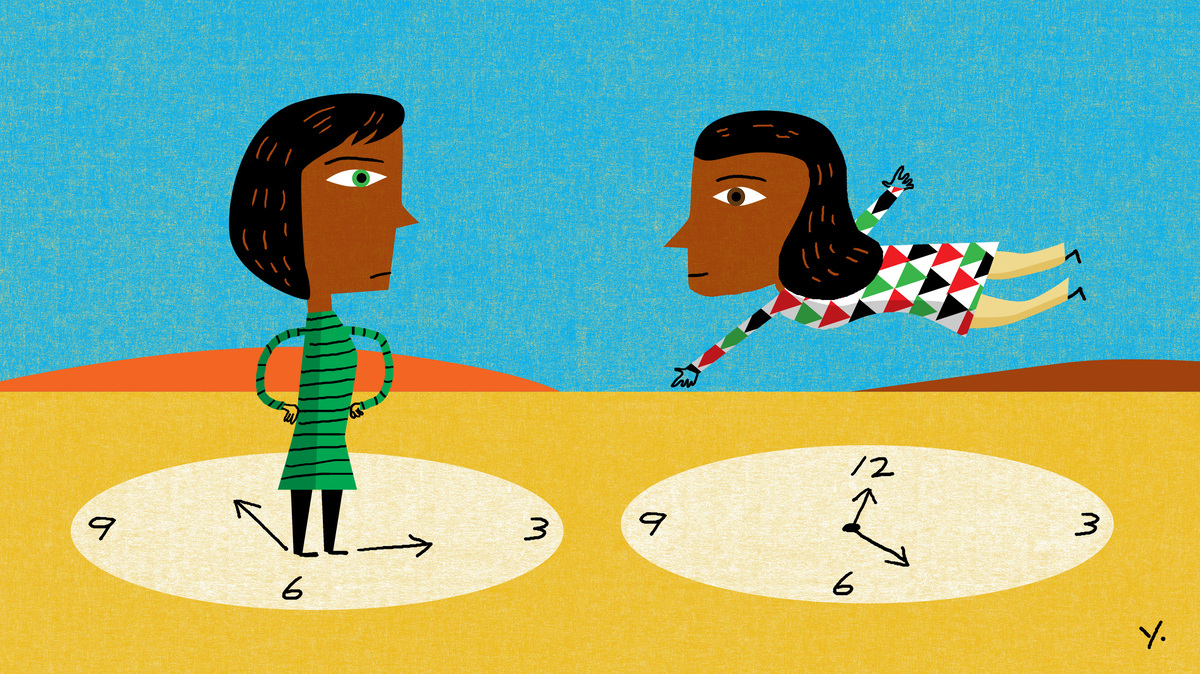 When I read Esther Ngumbi's story about "Kenyan time," I burst into laughter.

In my culture, we have that, too — except we call it "Filipino time." Just like Kenyans, social events and appointments don't really start at the scheduled hour. Heck, in our family, we'd stroll into Sunday mass 30 minutes late!

It turns out that many cultures around the world share the same elastic idea of time. Since we published Ngumbi's post last week, our readers have informed us that in India, the phenomenon is dubbed "IST," or "Indian Standard Time." In Indonesia, it's called jam karet, or "rubber time." And in Jamaica, there's a vague time frame called "soon come," which could mean anything from "any second now" to "sometime later today."

Here's a selection of tweets and Facebook comments in response to the article. Some have been edited for length and clarity.

I was in Kenya in 2007, visiting craft artisans. I found "Kenyan time" very relaxing. We spent time with groups as we liked, asking questions and observing processes. Often ate supper at 9 or even 10 because of spending so much more time in the afternoon.

Yes, we can keep time!! But it depends on who id's organizing the event. If it's work related and it's here in the US then we will keep time..but for birthdays parties....it'll be casual arrival!!

In India, IST, Indian standard time, which loosely translates to if it happens it'll happen if and when I make it happen.

Indonesians call this "jam karet" i.e. rubber time. If you want a meeting to start at 9:00, invite them for 8:00 And hope for the best.

"The Vietnamese have a term for that: "giờ cao su," or elastic/rubber time. Thirty minutes late is still a bit early. I remembered I was told not to go to a party early (generally with eating) unless I was the host. The reason was that other people would think that my family must be really poor, I must be very hungry and thus I would show up at the party early in order to eat lots of food. And so it is like a standard, you should not be early for an (eating) party. Sometimes people would show up late with a toothpick stuck between the teeth, like they have just eaten somewhere else." - Ida Le, via Facebook