Accessibility links
Did Aid Groups And The Media Feed Into Trump's Alleged Description Of Poor Countries? : Goats and Soda The controversy over President Trump's description of El Salvador, Haiti and African countries has global thinkers asking whether the aid community is partly to blame. 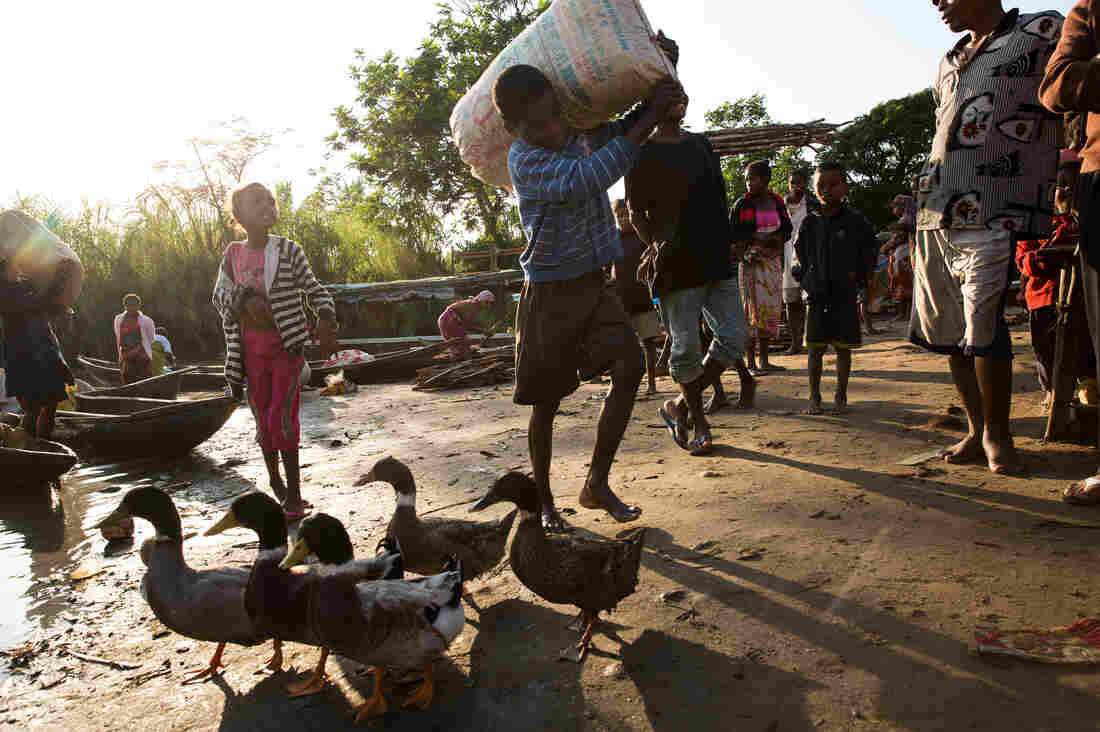 A boy carries a sack of grain from a dugout canoe to shore in the village of Ambohitsara in eastern Madagascar, characterized as a low-income country by the World Bank. Samantha Reinders for NPR hide caption 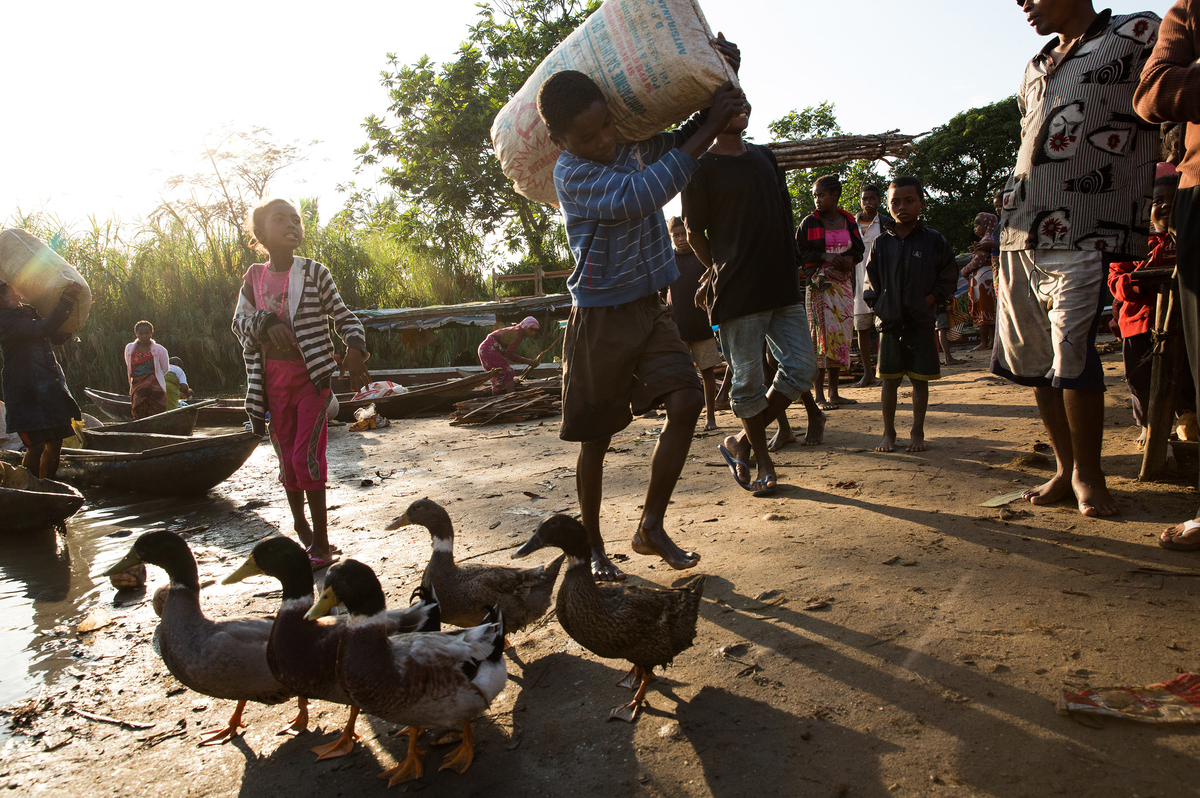 A boy carries a sack of grain from a dugout canoe to shore in the village of Ambohitsara in eastern Madagascar, characterized as a low-income country by the World Bank.

It's an idea that is now spreading around on Twitter in the global development community.

'Racist' And 'Shameful': How Other Countries Are Responding To Trump's Slur

The idea was brought up by Owen Barder, the vice president of the Center for Global Development, a think tank on international issues like aid and poverty, in a tweet he posted on Friday:

That sentiment was echoed by Dina Pomerantz, a prominent development economist at the University of Zurich. "When well-meaning people describe poverty as a hellhole, we shouldn't be surprised that people end up thinking of poor places as 'shitholes,' " she tweeted.

One NGO lauded the conversation for illustrating the incentives that might push a global aid agency to show human suffering. If a group paints developing countries in a positive light, that might make it seem that poverty isn't so bad, making it harder to solicit contributions from donors or governments. But if the group paints the country as poor and hopeless, there's a risk of perpetuating negative stereotypes.

We'd like to hear your thoughts on the issue. What do you think of the way poor countries are portrayed by aid groups and the media?

Our submission deadline has passed. Thanks for participating! Read a selection of responses from this question in this blog post.

Share your thoughts in the tool below. We'll offer a roundup of your views in the Goats and Soda blog on Tuesday, Jan. 16.