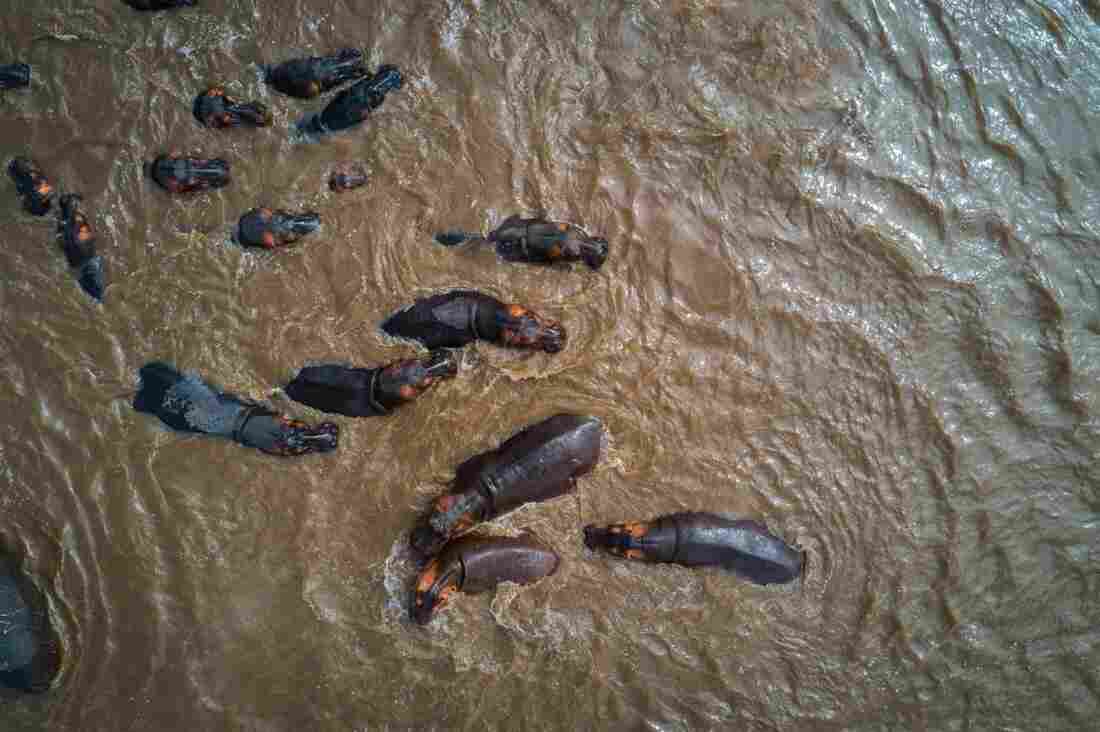 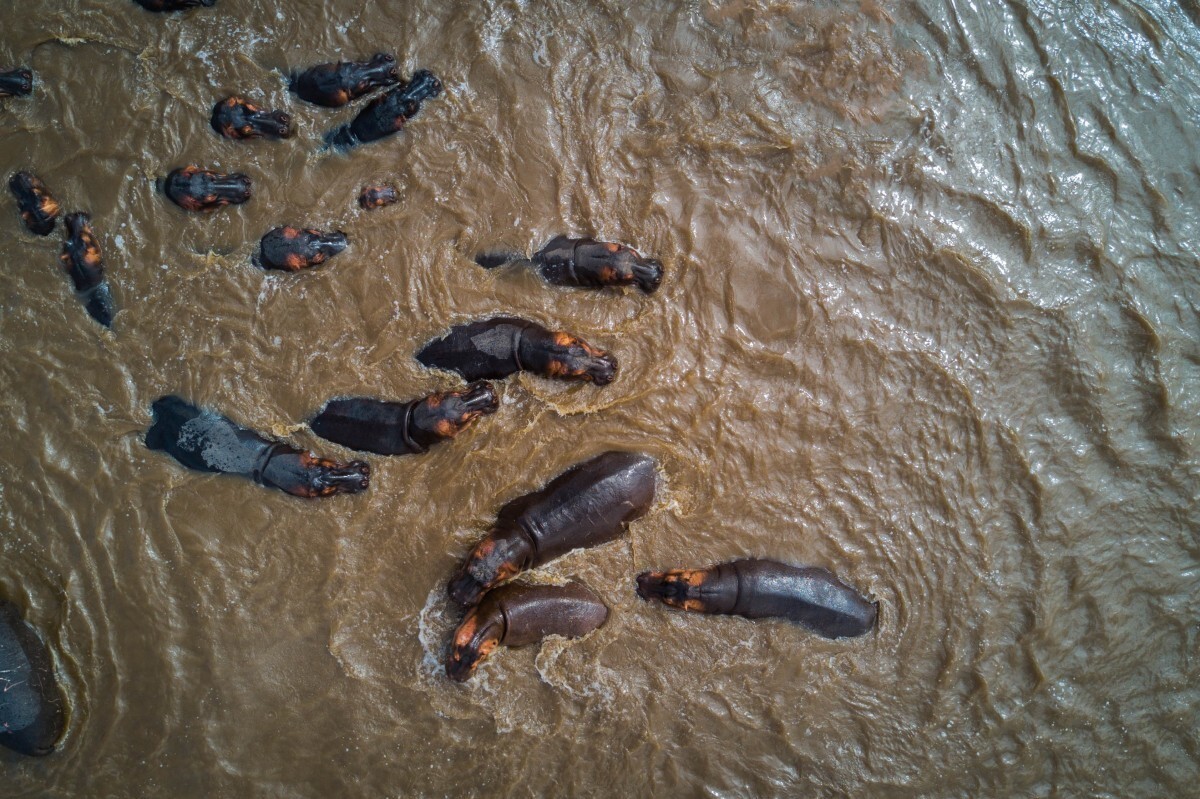 Hippos awake from their nap in Serengeti National Park in Tanzania.

In the countries that we cover in our blog, we sometimes focus on the problems they face. But the images in the International Drone Photography Contest remind us that every country has many sides — and that a photo taken from above can offer a special perspective.

Here are three drone's eye views of the developing world that were among this year's contest winners.

Yannick Wavre, a 30-year-old lawyer in Geneva, Switzerland, captured these hippos mid-river, at a spot in Tanzania's Serengeti National Park. "I was there with my wife for a few days as part as our honeymoon," he wrote to NPR via email. They were waiting for wildebeest to cross the river when they noticed a group of approximately 20 hippos waking from their nap and approaching the water. Because hippos tend to sleep or lie in the water during the day, this was an unusual opportunity to see them in action, so "we decided to have a closer look."

"I really love photography as a hobby," Wavre said but had become fed up" with traditional landscape-style photography. Drone photography, which he has been doing for about a year, allows a different approach. 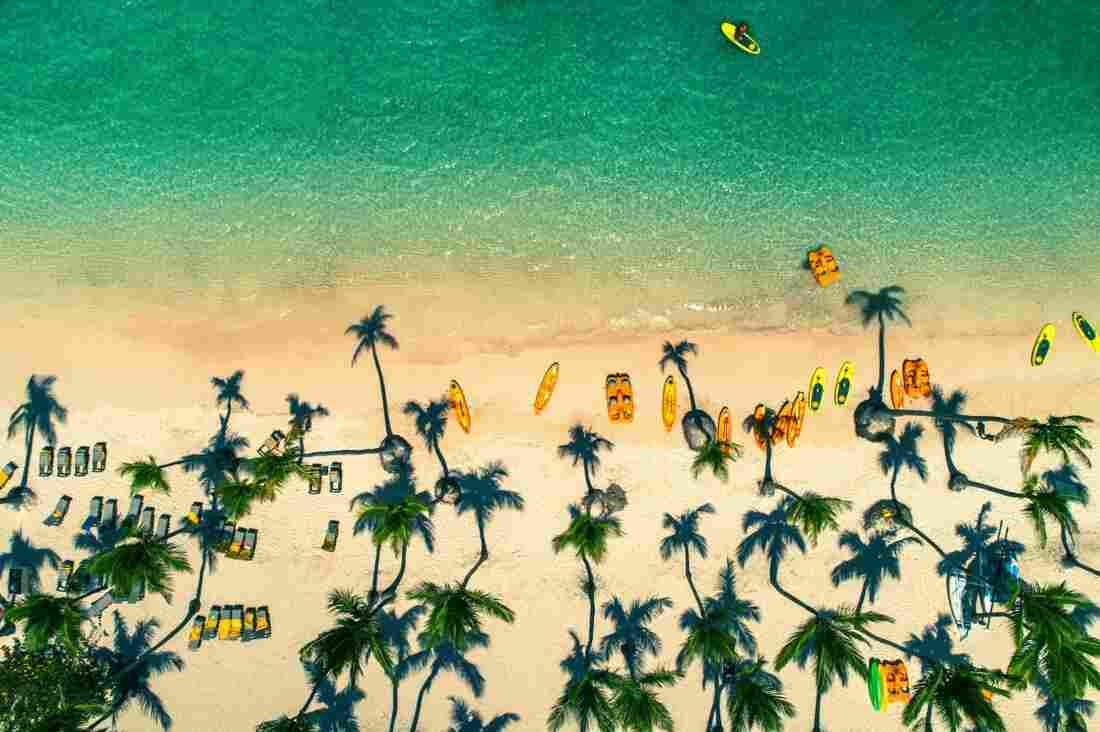 A beach in the Dominican Republic. Valentin Valkov hide caption 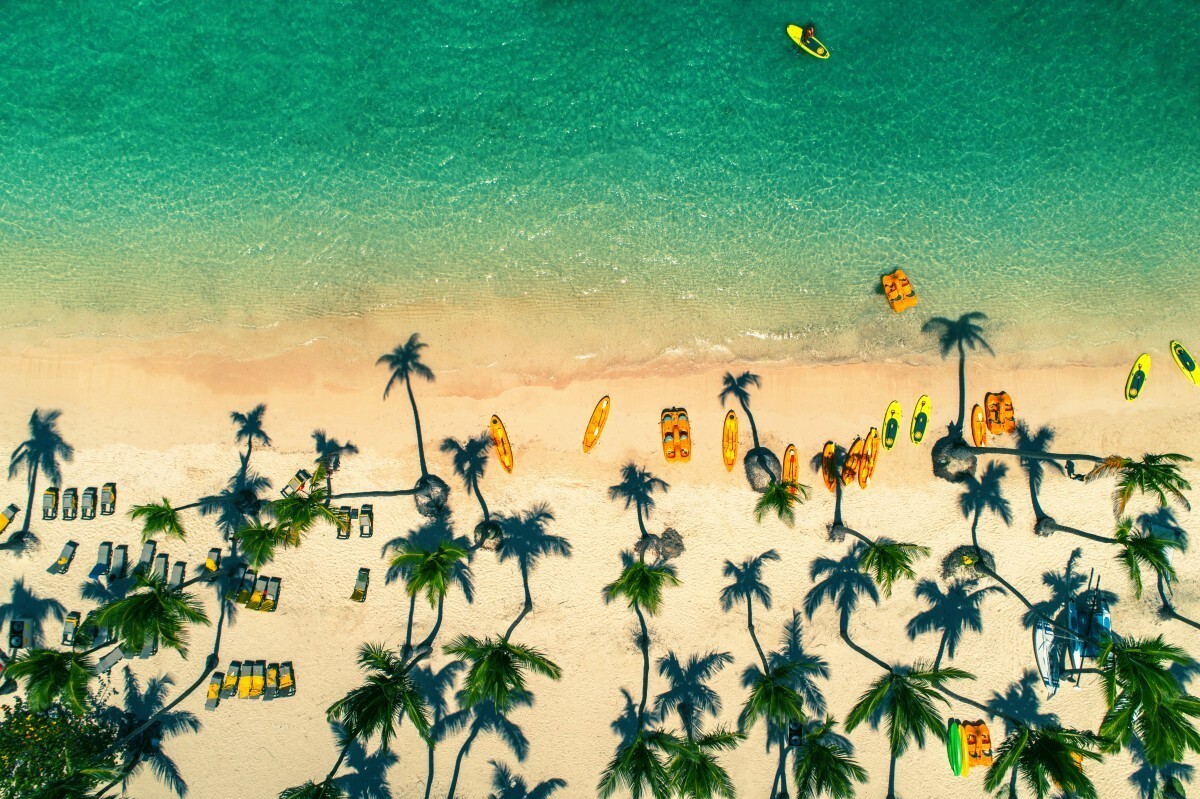 A beach in the Dominican Republic.

Drone photographer Valentin Valkov, 33, was born in Bulgaria and lives in the port city of Varna, where he works at a telecommunications company. He had been a still photographer for seven years when, he recounted via email, "One late night in 2012 I was watching YouTube and saw amazing drone footage that blew my mind. I immediately made a note in my wish list.  And soon, I bought my first drone and started to fly." Drones, he continued, "helped me elevate my work to the next level, capturing the way I see the world in a new perspective."

The Dominican Republic was already a special place for him when he took this photo last June: "This is where I proposed to the love of my life. After we merged we come back to spent our honeymoon.  And then after I bought my drone, I knew that I must come back again and show this beautiful country from above." This particular photo depicts palm trees and beach in Punta Cana in the Dominican Republic. He also captured drone video footage. 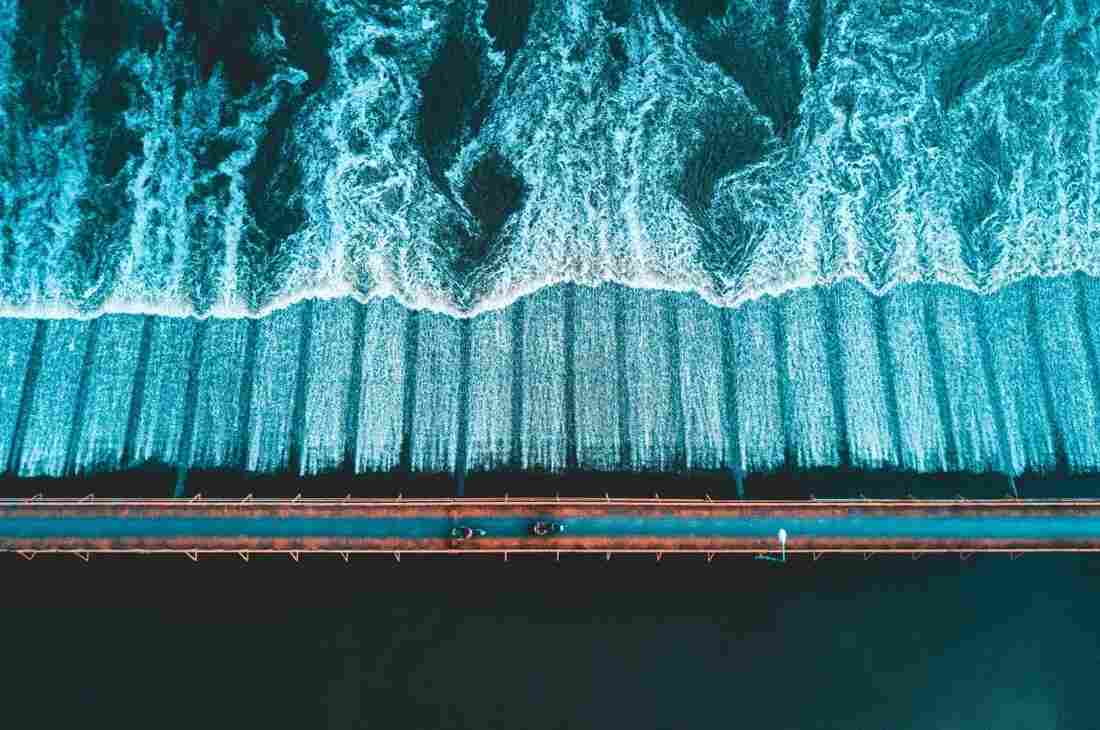 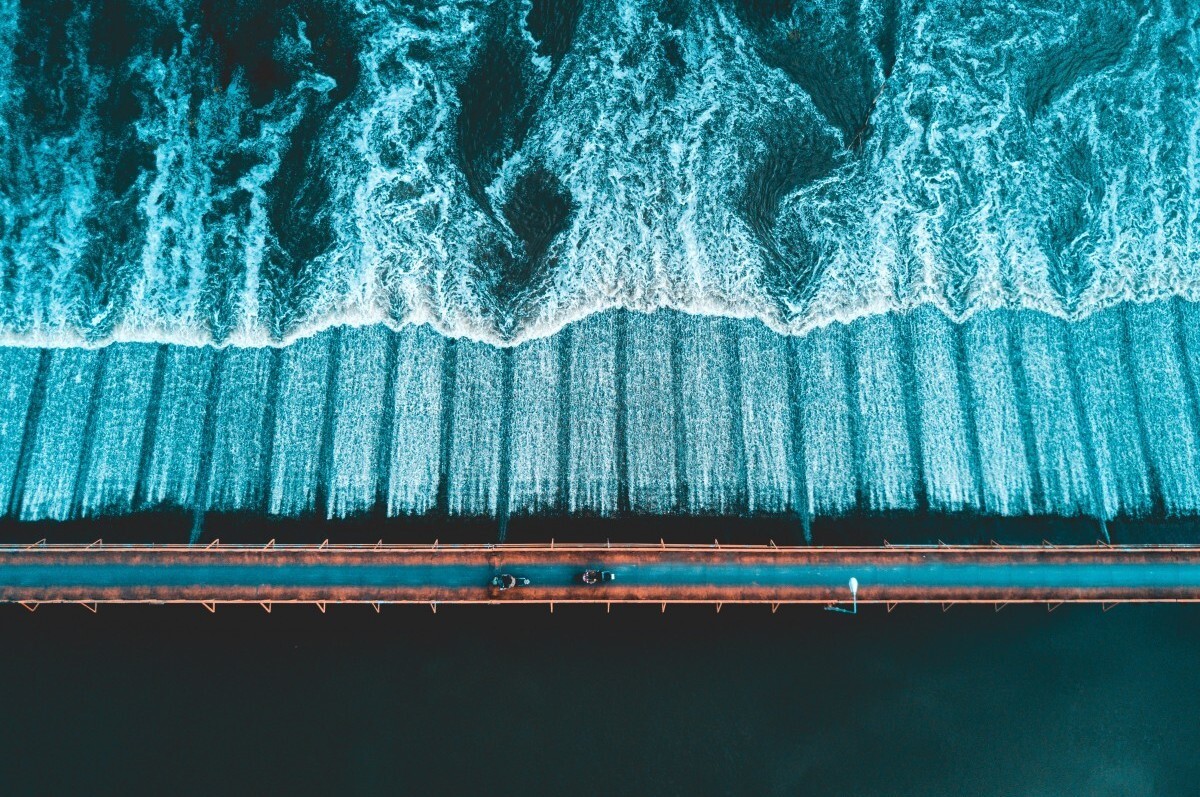 Scooters head across a bridge in Thailand.

Based in the U.K. and Thailand, photographer Tom Sweetman captured this aerial drone shot of two individuals on their motor scooters crossing this narrow bridge over the Ping River in Chiang Mai, Thailand, last June. By taking this small bridge, locals saved riding an additional 5 kilometers — about 3.1 miles — to the main bridge, he learned. Sweetman took up drone photography about a year ago as a hobby. "I love to explore [beyond] tourist trap places and experience more local places and landscapes," he said. "I travel the world with my phone and drone documenting" the places he visits and "staying curious."

Diane Cole writes for many publications, including The Wall Street Journal and The Jewish Week, and is book columnist for The Psychotherapy Networker. She is the author of the memoir After Great Pain: A New Life Emerges. Her website is dianejcole.com