Accessibility links
The Late Jazz Giant Hugh Masekela Took A Staunch Stand On Apartheid : Goats and Soda The jazz trumpeter, who died this week, was an outspoken opponent of apartheid and a longtime social activist. His music was the "soundtrack of the revolution," says author Sisonke Msimang. 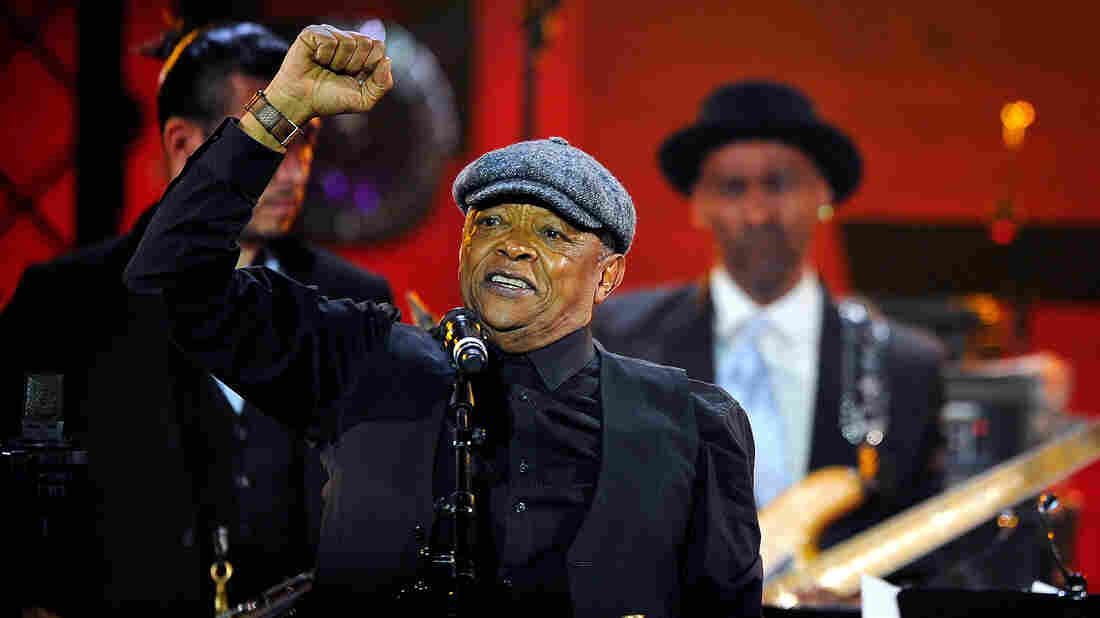 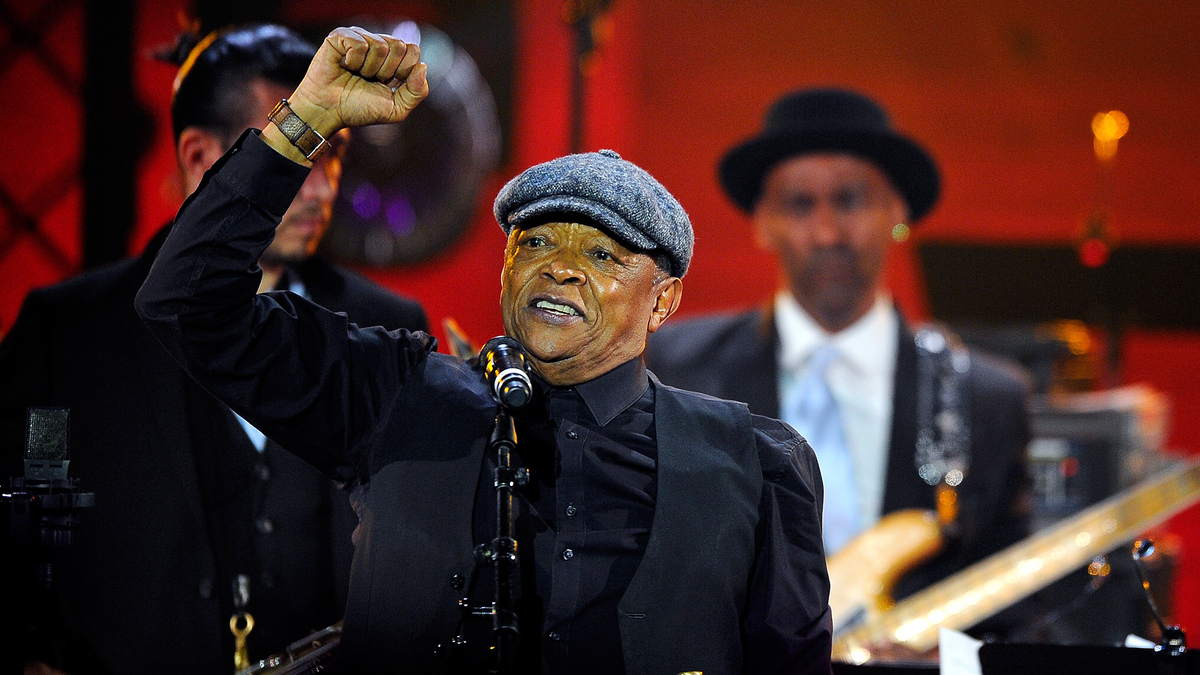 Many people have paid tribute to the musical genius of Hugh Masekela, known as the father of South African jazz. But he was not just known for his musicianship. The artist, who died on Tuesday at age 78, used his public platform to speak out against apartheid and substance abuse.

Masekela's career as an artist was groundbreaking from the start. He collaborated with other South African artists to record the first modern jazz record by an all-black band in South Africa. His music formed part of what writer Sisonke Msimang, author of Always Another Country, calls the "soundtrack of the revolution," made by artists who were part of the struggle against apartheid.

Msimang was born to parents who were in exile. Her dad was an apartheid freedom fighter who fled South Africa when he was 21, she told NPR. She grew up with Masekela's music in the background. She lived in Zambia, Kenya and the U.S., and moved to South Africa after the end of apartheid.

"The thing about apartheid was that it wasn't just race-based discrimination, which is terrible in its own right," Msimang says. "Anything that allowed black people to use their mind and their creativity was a threat."

James Hall, a writer and editor based in southern Africa, got to know Masekela during the 1980s and '90s. He co-wrote an autobiography of Miriam Makeba, the South African singer who was married to Masekela for two years in the 1960s.

"They could have just played music," Hall says of the two musicians, who remained close even after their marriage ended. "But they always were involved in the anti-apartheid struggle during the decades when it really wasn't understood. Africa was so distant from Western sensibilities at that time [during the 1970s]. By the mid-'80s it was a hot-button issue."

After Masekela's death, Hall tweeted about his regret at not collaborating on an autobiography with Masekela, too. (Masekela does have an autobiography, Still Grazing: The Musical Journey Of Hugh Masekela, that NPR reported on in 2004.) He remembers the musician's enthusiasm and good humor. But there were moments of tension as well. During the years that Masekela could not enter South Africa, Hall could travel freely in and out of the country.

"He was frustrated at not being able to recharge his batteries at the fountainhead, the base of his creativity." When Hall was once talking with Masekela about South Africa, the writer recalls, "I think at one point he said, 'Just shut up.' And of course he was right."

Msimang remembers how Masekela spoke out openly and honestly about his struggle with drug and alcohol abuse for decades. He reportedly got clean in 1997, NPR reported, and went on to found the Musicians and Artists Assistance Program of South Africa to help other performers.

And she praised the way he was true to his beliefs: "Many people were heroes [of the freedom struggle] who turned into political elite that we no longer recognized. And we never stopped being able to recognize him. At a time when so many people who participated in the freedom struggle have become discredited in South Africa because of their post-apartheid actions, he stands as somebody who never let us down."

"He never changed," says Msimang. "We always knew exactly who he was."

Courtney Columbus is a multimedia journalist who covers science, global health and consumer health. She has contributed to the Arizona Republic and Arizona PBS. Contact her @cmcolumbus11