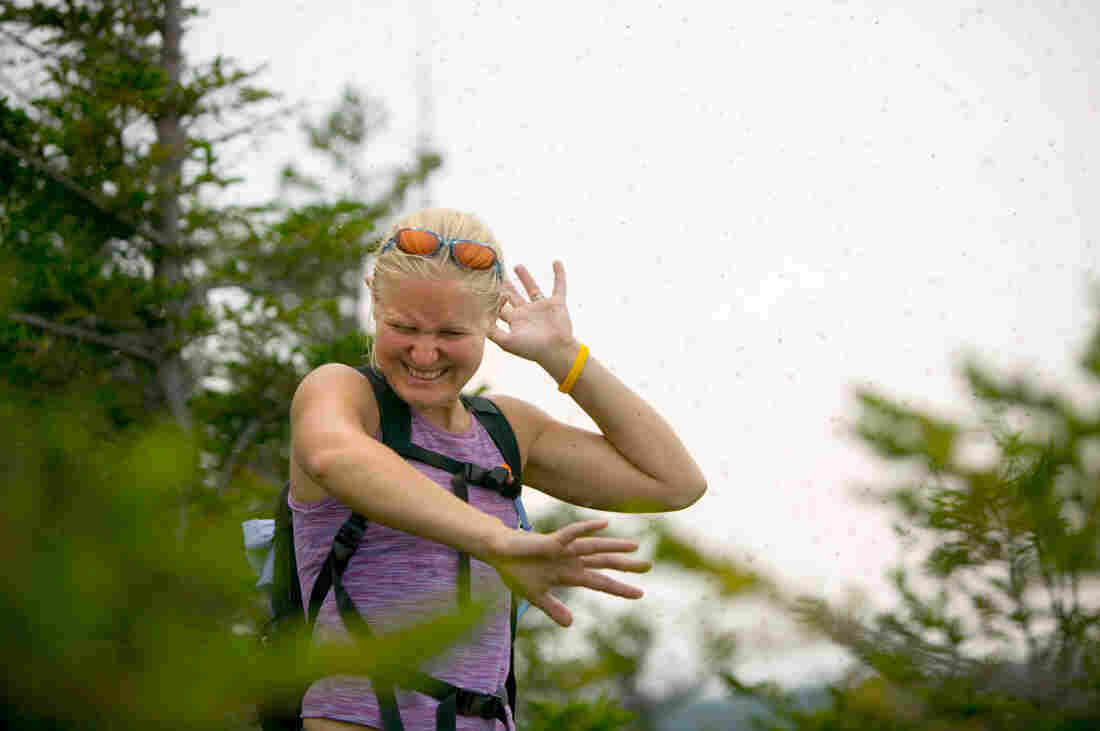 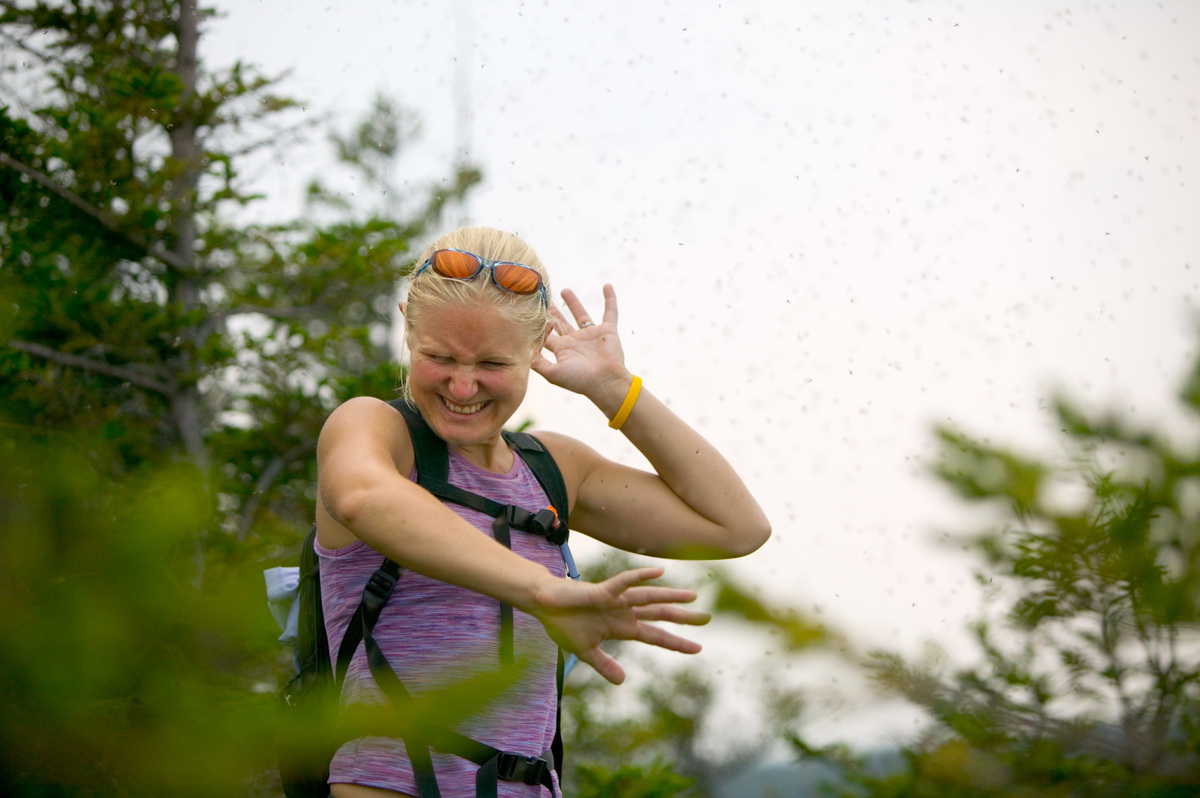 A female hiker is attacked by bugs on the Welch-Dickey trail.

Human skin is a cornucopia of fragrances.

The bacteria living on our skin emit more than 200 odor chemicals.

"Many of these molecules smell quite pleasant," says biologist Jeff Riffell at the University of Washington. "They smell grassy or a little bit like mushrooms. Some human scents are the same ones found in flowers."

Other chemicals — well — they aren't so nice. "They're pretty funky," Riffell says, like an overripe Brie cheese or a musty basement.

But mosquitoes don't care if we are stinky. They love human odors! Mosquitoes actually learn human scents and then seek them out, Riffell says.

In fact, it's your unique mixture of odors that determines how many mosquito bites you get, Riffell says — although scientists don't know exactly which combination is most alluring. Some people's perfume is just irresistible to skeeters.

"Some people are super-attractors for mosquitoes," Riffell says, "while other people aren't attractive at all, and the mosquitoes will avoid them."

Now Riffell says he has come up with a way to teach mosquitoes to hate your odor so they leave you alone.

"Swat them!" he exclaims. Just wave your hands and arms all around the buggers. You don't even need to touch them!

Riffell and his team report that mosquitoes hate air vibrations. They make the critters feel uncomfortable.

When the vibrations are combined with a person's unique odor, the mosquitoes start to associate this uncomfortable feeling with odor. And the critter then starts to avoid the odor, Riffell and his colleagues report Thursday in Current Biology.

"Mosquitoes can learn whether or not you are trying to swat them, and then they will pretty much avoid you thereafter for about 24 hours," Riffell says. "If another person is in the room, they will go and try to bite them." But a day later, they'll forget what they learned.

So, in a way, swatting puts up a shield around you, making you invisible, kind of like the Romulan cloaking device in Star Trek.

Several researchers told me the results are so convincing that they're going to start slapping at mosquitoes more.

"I certainly am," says biologist Marten Edwards at Muhlenberg College. "And I'm going to feel OK if I miss because I know that I've taught the mosquito something important" — that if the critter comes near Edwards, she could get ... BAM! ... smashed.