Accessibility links
Stunning Photos In African Biennale Offer New Visions Of What Africa Looks Like : Goats and Soda The 11th African Biennale of Photography invites artists to show their personal vision of the continent — its problems and its promise.

PHOTOS: Shaking Up The Idea Of What Africa Looks Like

PHOTOS: Shaking Up The Idea Of What Africa Looks Like 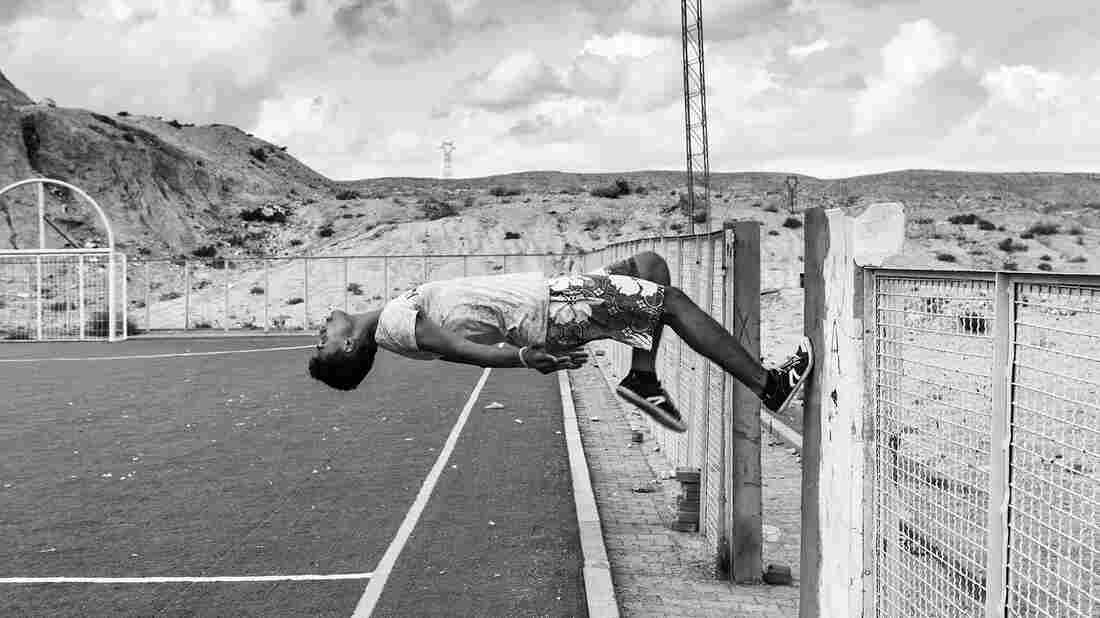 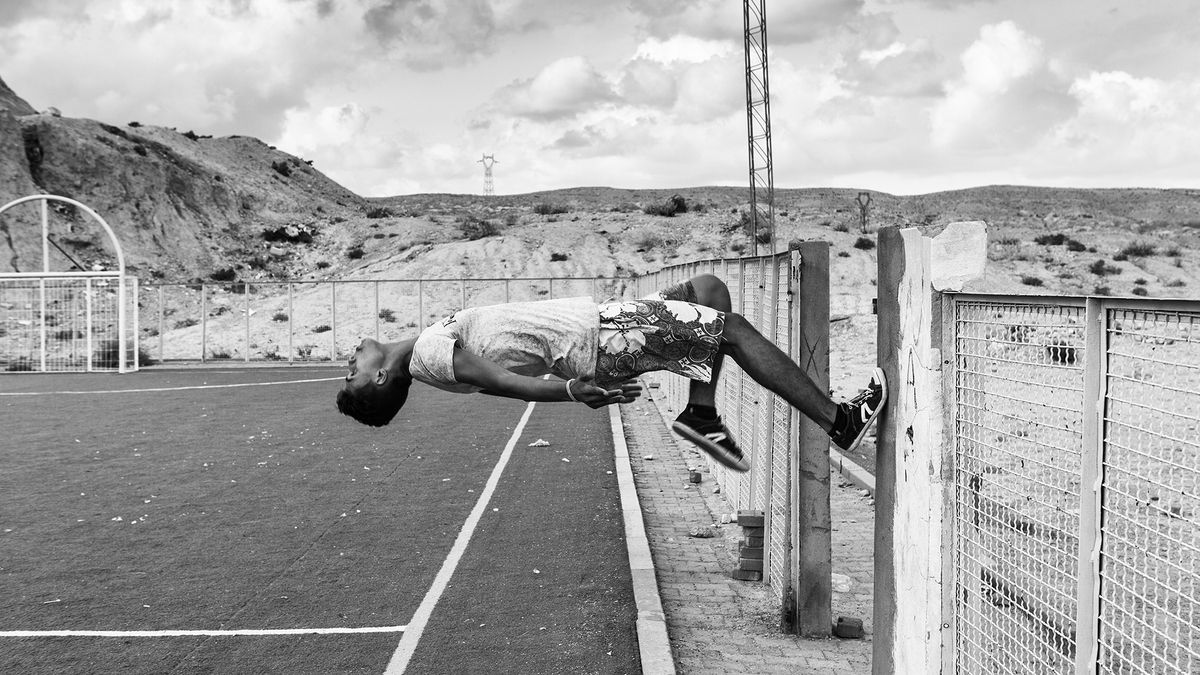 What does it mean to be an artist in Africa? And what does the future hold for the continent? 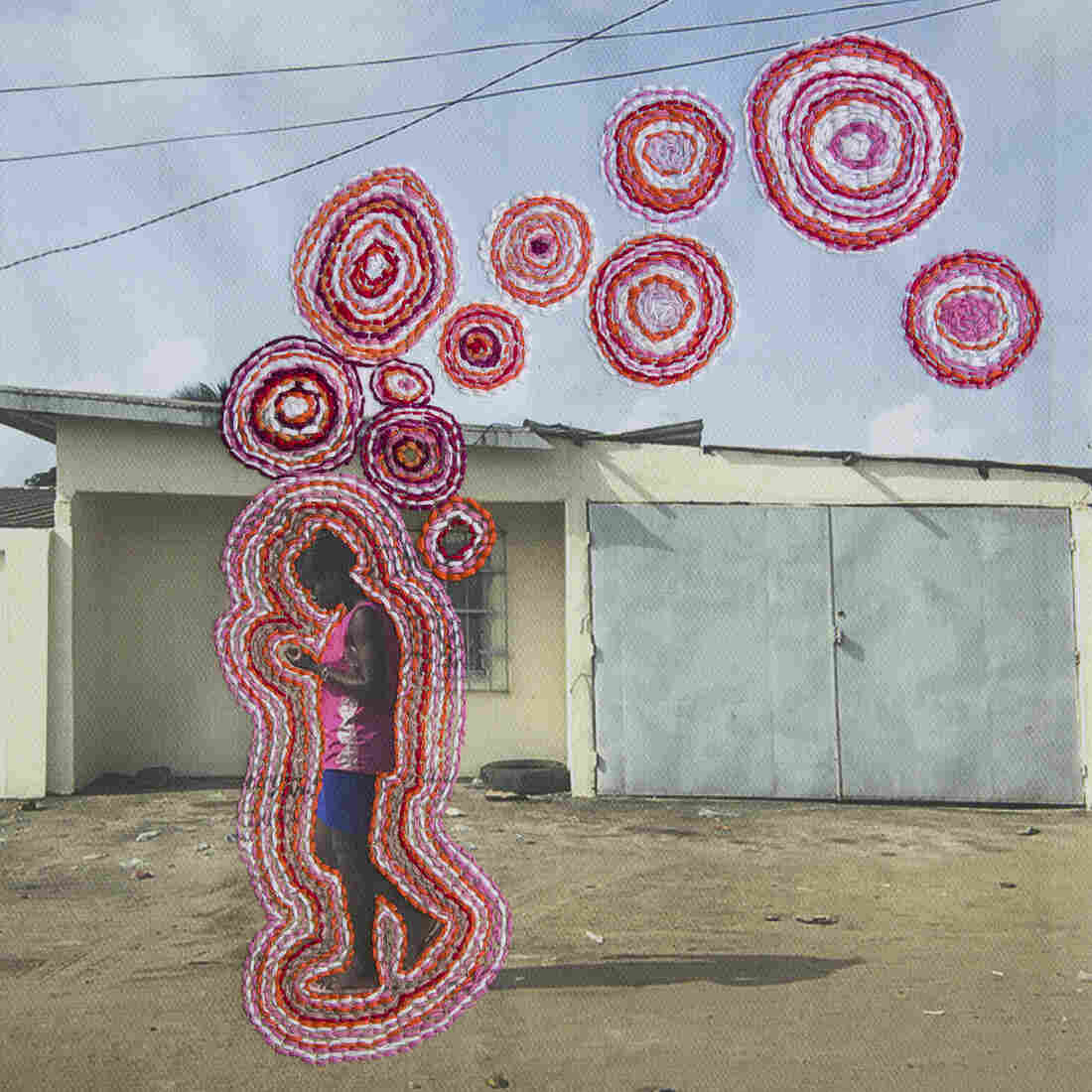 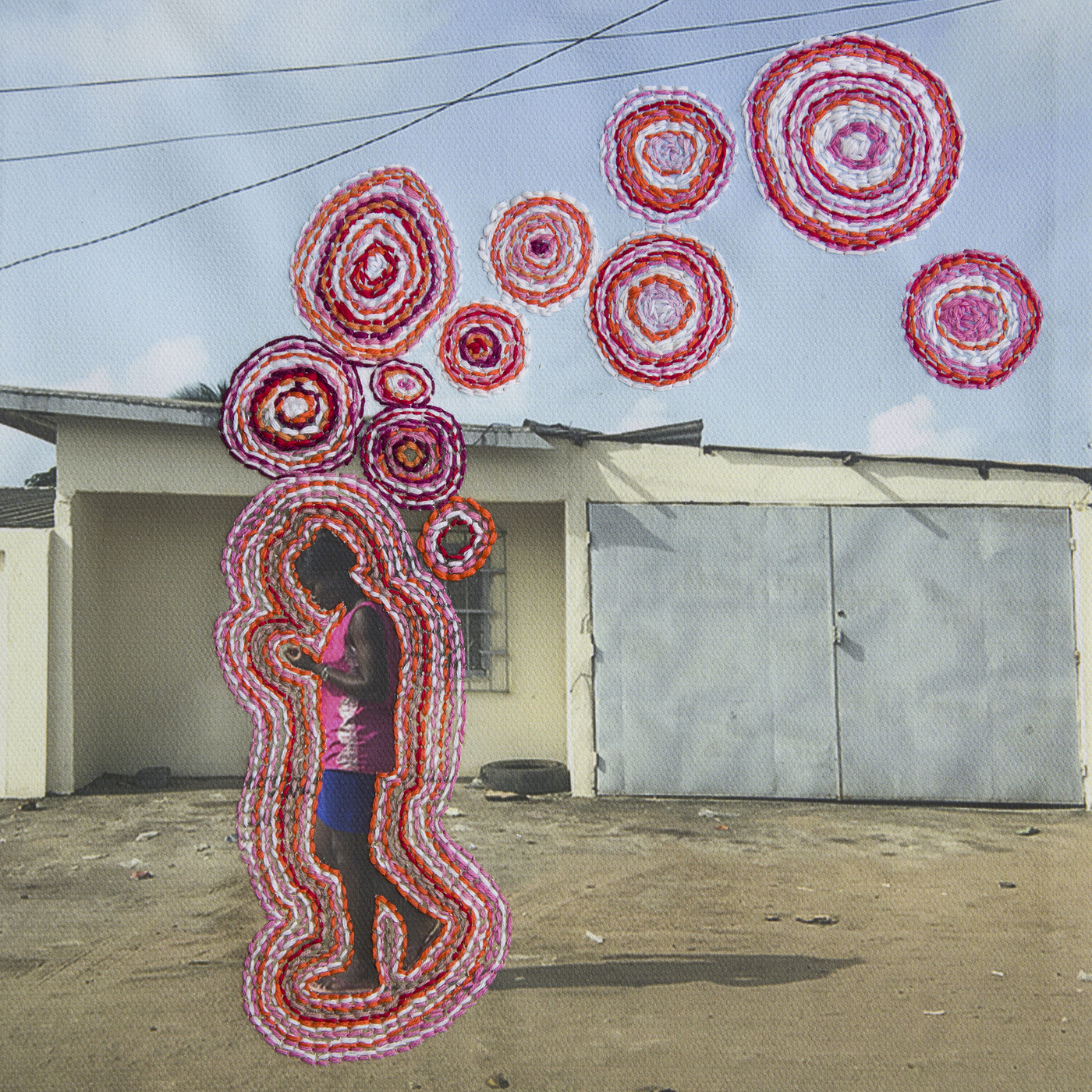 "The Bamako Encounters," the 11th African Biennale of Photography, explores the heady topics of identity and possibility through the theme of "Afrotopia."

"What I wanted to do with Afrotopia is let the artists describe or analyze or [imagine] what is for them the reality of Africa today," says Marie-Ann Yemsi, curator of the Biennale.

"Everybody is saying Africa is a continent of poverty, of diseases and nothing works," says Yemsi. "But this is absolutely wrong. Sure, the issues are big. But it's probably from that continent that will come new ideas, new economic systems." 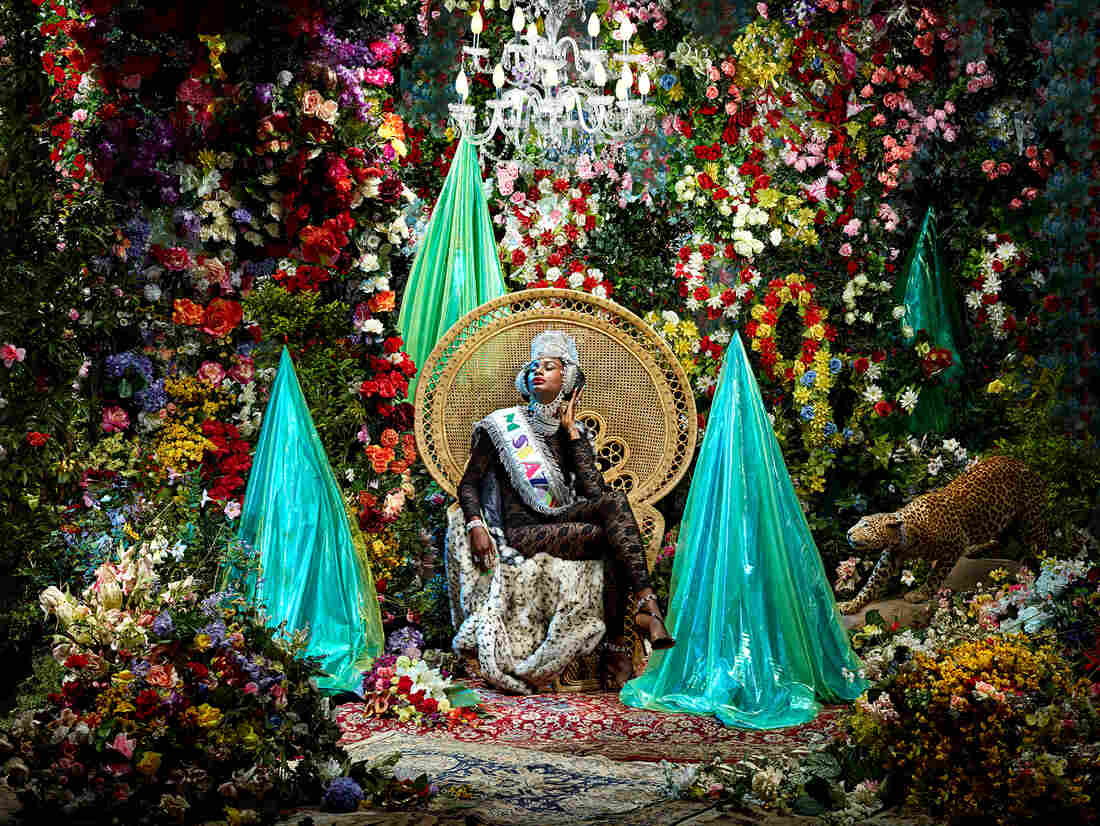 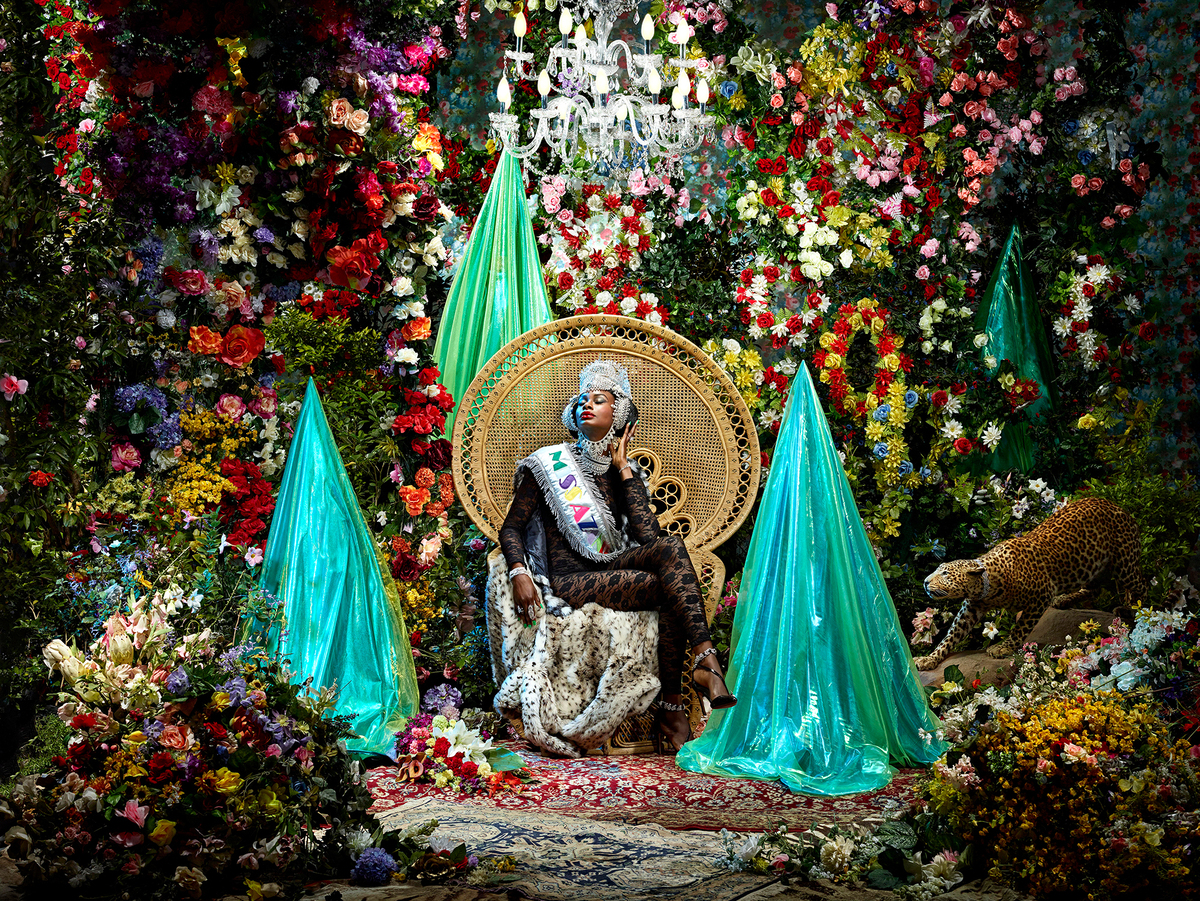 At the same time, Yemsi is all too aware of the problems the continent faces: "Afrotopia is not only about utopia, it's also dystopia. A lot of things failed. The artists are questioning: Can Africa can learn from that failure?"

For the Pan-Africa exhibition at the National Museum of Mali, the heart of event, there were more than 300 applications. The 40 selected come from across the continent, from Morocco to Ethiopia, Tunisia to South Africa.

But Yemsi stresses that she doesn't want to pigeonhole the artists, as the West often does, in her opinion: "I don't want them to be always considered as African artists. They are contemporary artists from Africa." 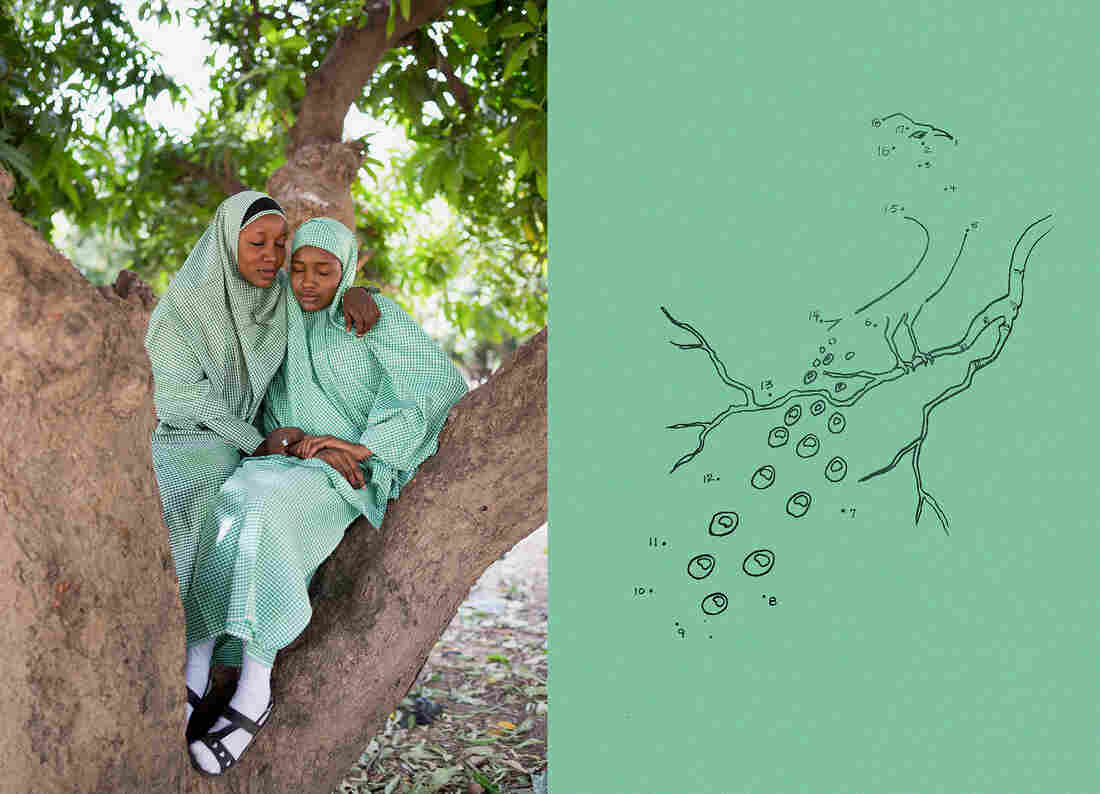 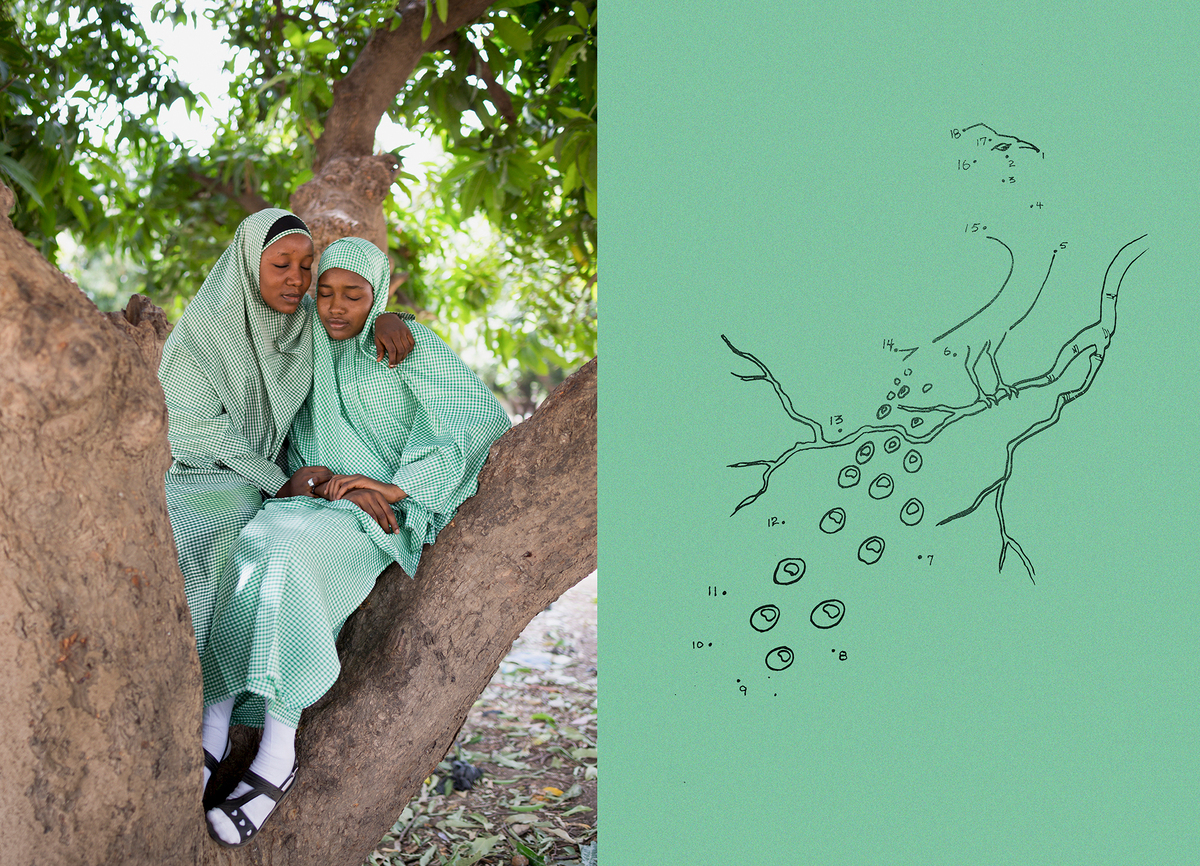 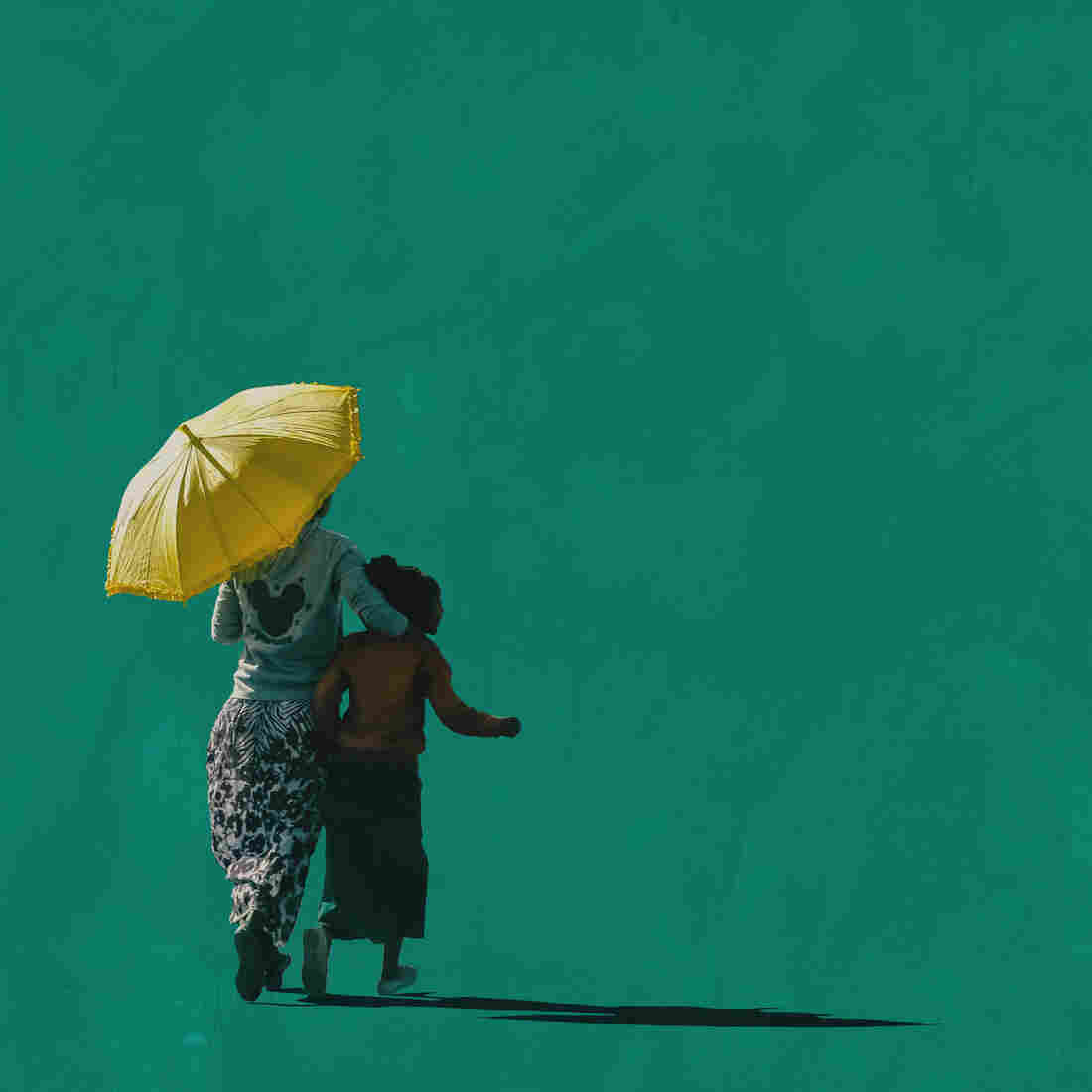 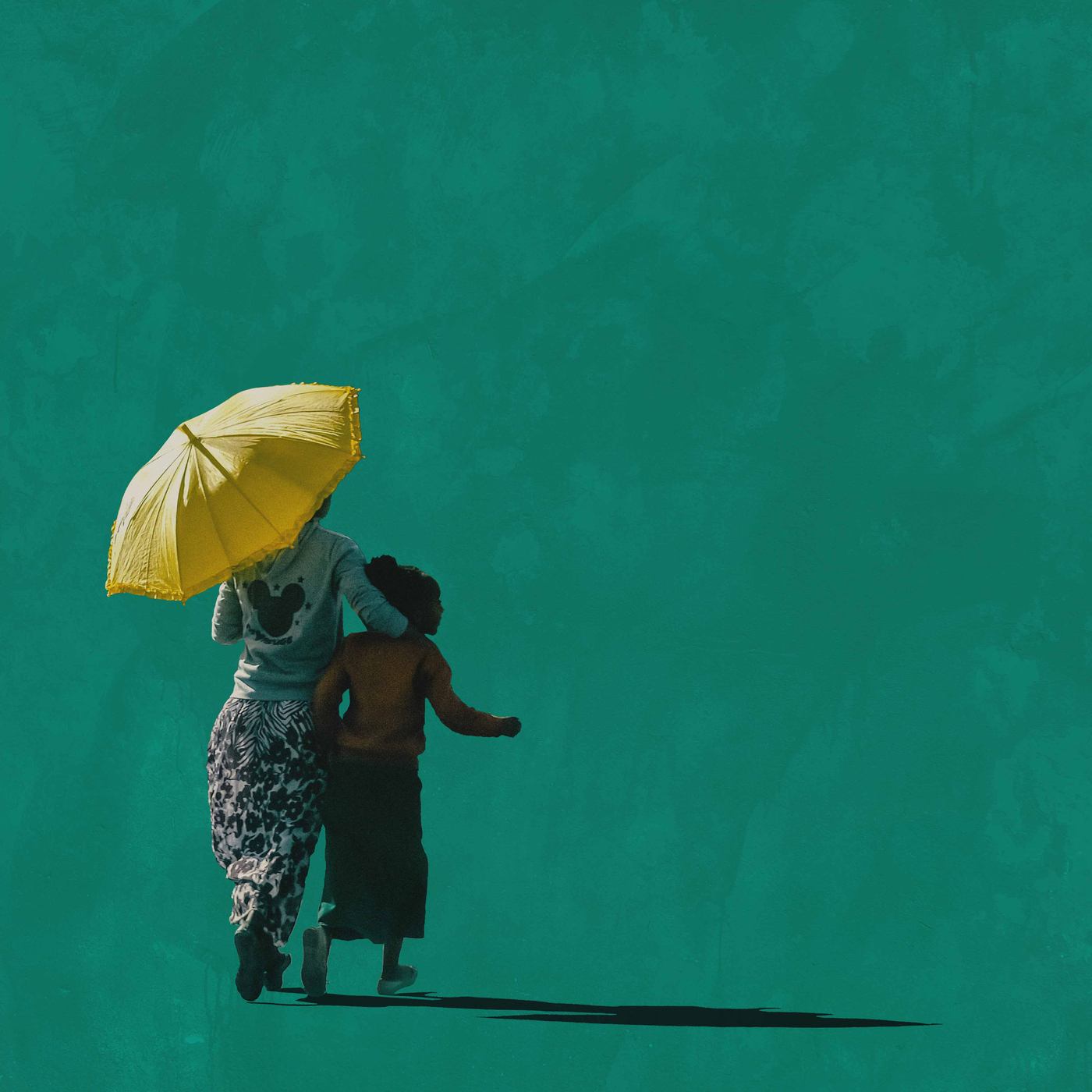 Yemsi, a Paris-based "cultural consultant," is herself bicultural: Her mother is German and her father is from Cameroon. The family moved to many different countries in Europe and Africa, and had to flee Cameroon after they received death threats because her father opposed the government. These experiences taught her, she says, that "your identity is not always defined by where you come from but also what you've learned in the country where you are. This is a very important point in the way I'm looking at the artists."

Co-organized and co-produced by Mali's Ministry of Culture and l'Institut Français, the Biennale opened December 2 and remains open until January 31. Yemsi spoke with NPR from Paris and the conversation was edited for length and clarity. 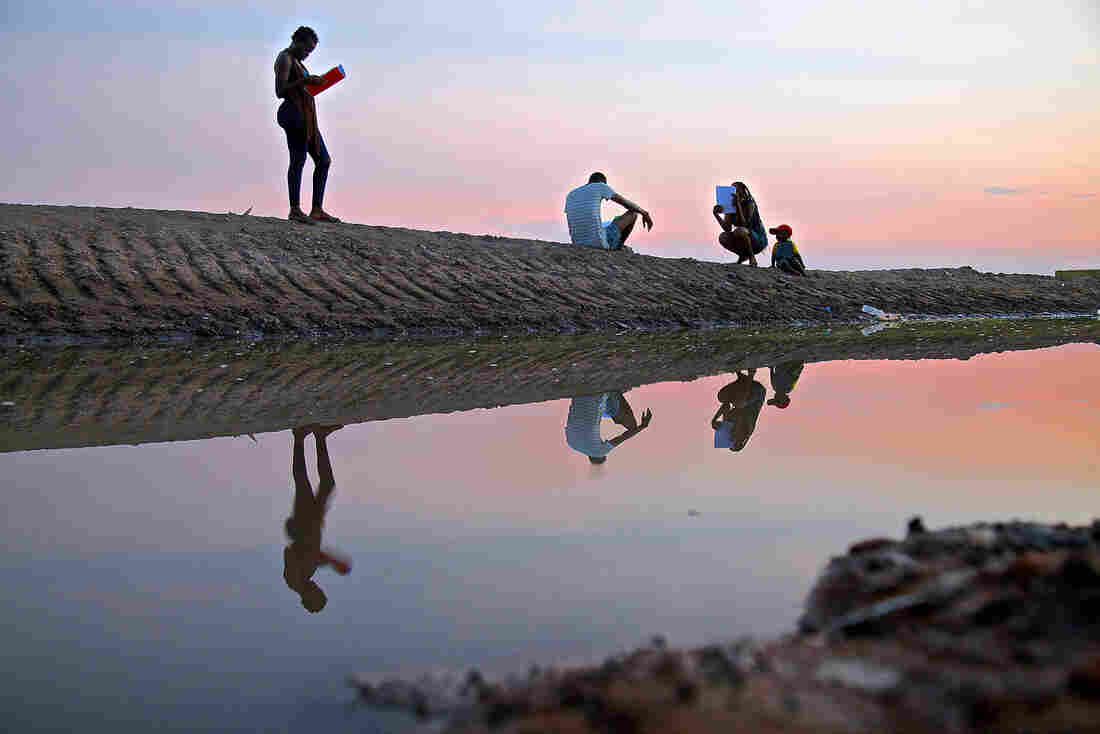 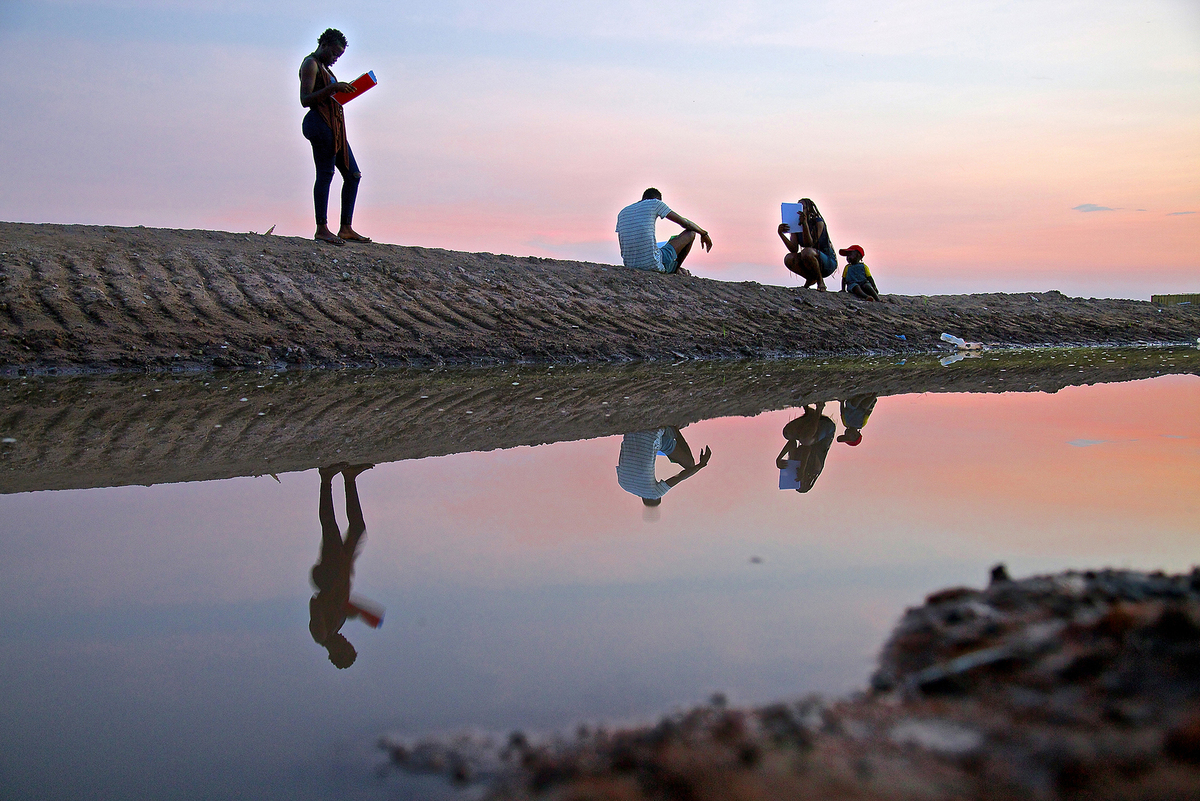 Tell me about an artist who really stood out to you.

Teddy Mazina from Burundi. He is the one of the only photographers who has been in Burundi between 2015 and 2017, when the country was completely closed. They were doing terrible things — killing people. He was there secretly and he took photography. We were super proud to have him come [to Bamako] and speak with other artists and explain his work. And it's crazy because the series is beautiful, the aesthetic is beautiful, and he had no time [to work because of fears for his safety]. He explained the role of documenting what this government would like to hide. Through the image, he will keep record. For me, he was one of our heroes.

Tell us about a noteworthy work of art?

A video channel installation. You had all the screens in a line, and you saw these faces. Women who are transgendered who have been raped in South Africa were telling their stories to Gabrielle Goliath, but she erased the words. You were feeling how difficult it has been for them to speak. You felt all this pain by the fact that she erased most of the words.

Do you think art from Africa is misunderstood?

I would say it's underrated. We have very few examples of artists that are in the top 100. But there is a new generation coming. I think it will take time, but step by step things are changing. There is a growing number of collectors. The future is on the continent.

You have a special interest in displaying the work for women photographers.

I'm promoting women artists because it's very difficult everywhere in the world for them, and it's even more difficult for women artists in Africa. Sarah Waiswa had a series, "Stranger in a familiar Land," a photographic essay on the theme [of albinism]. In Africa, those people are persecuted because they are supposed to have magical powers. She's changing the way we are seeing them — making beauty from their difference. 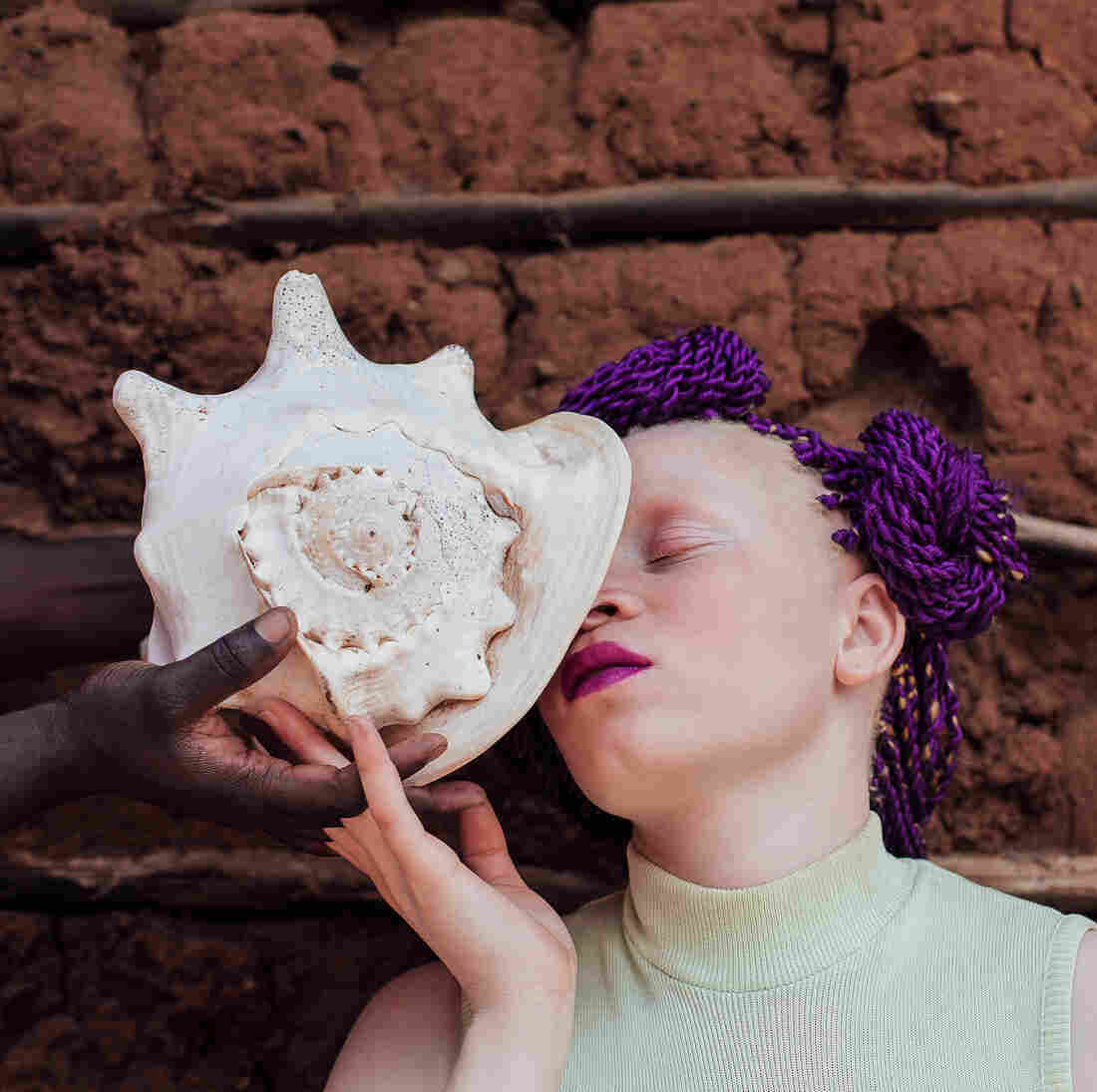 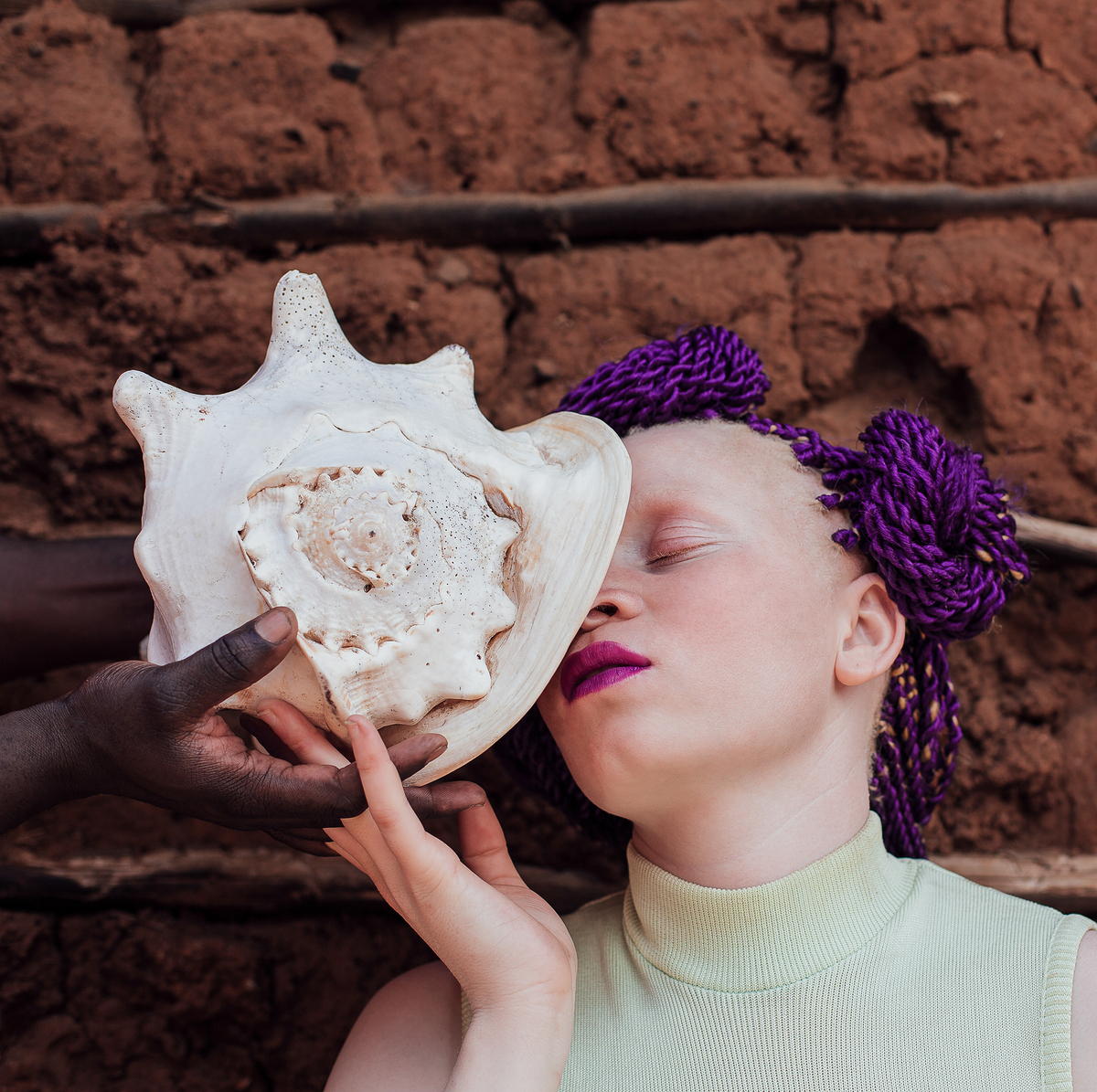 Do you think the photos will really change people's minds about what Africa is really like?

I think that artists cannot change the world but they can allow us to see a reality from a different perspective.

And an example would be...

Musa Nxumalo has been documenting his township. So many years after the end of apartheid, still there are townships in Africa. He is documenting the life of youth, his generation, in the township, during parties and happy moments but also during struggles. What's interesting is the way he's documenting those two aspects. Like every young [person] in the world, dancing but at the same time very preoccupied by their future. 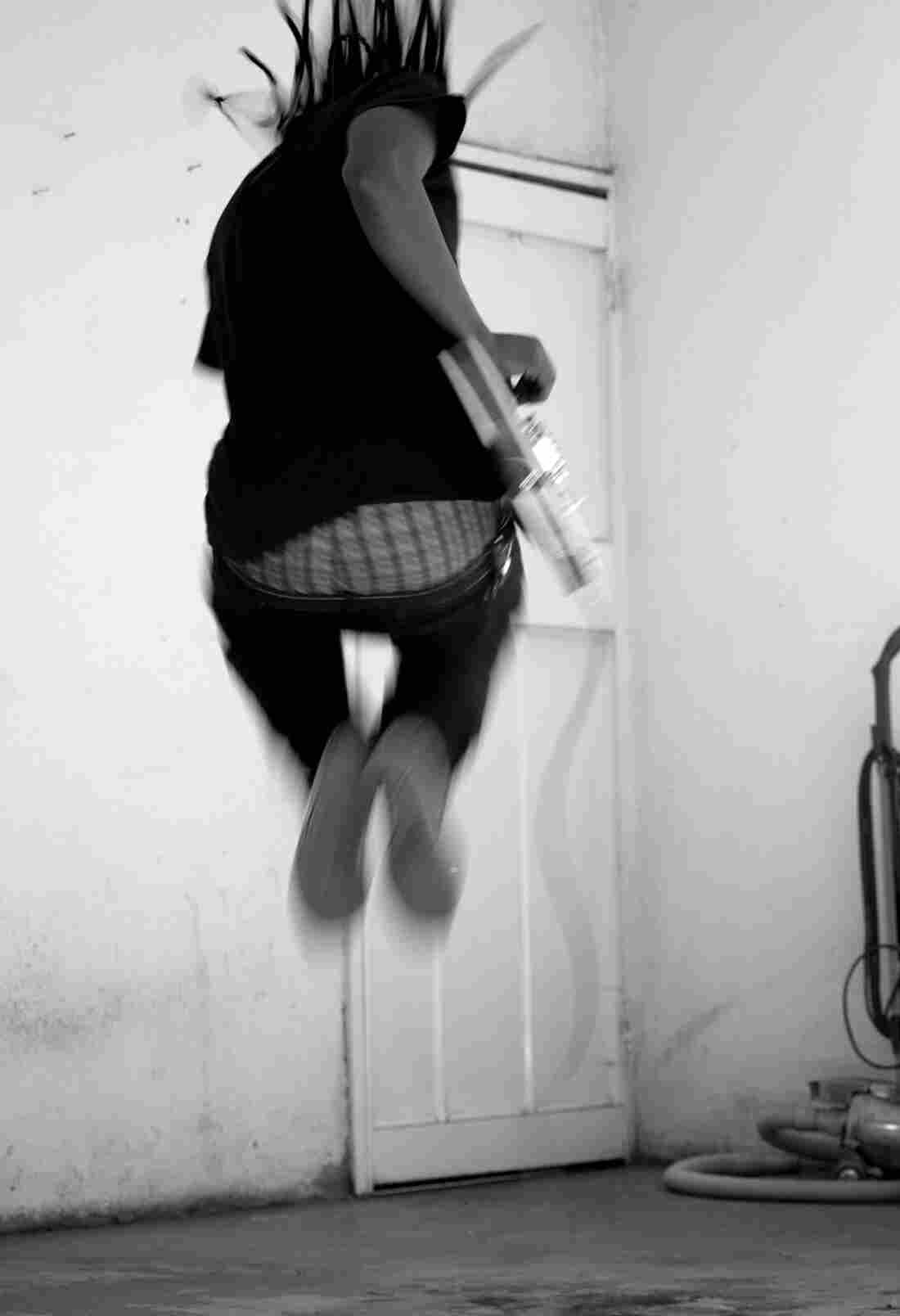 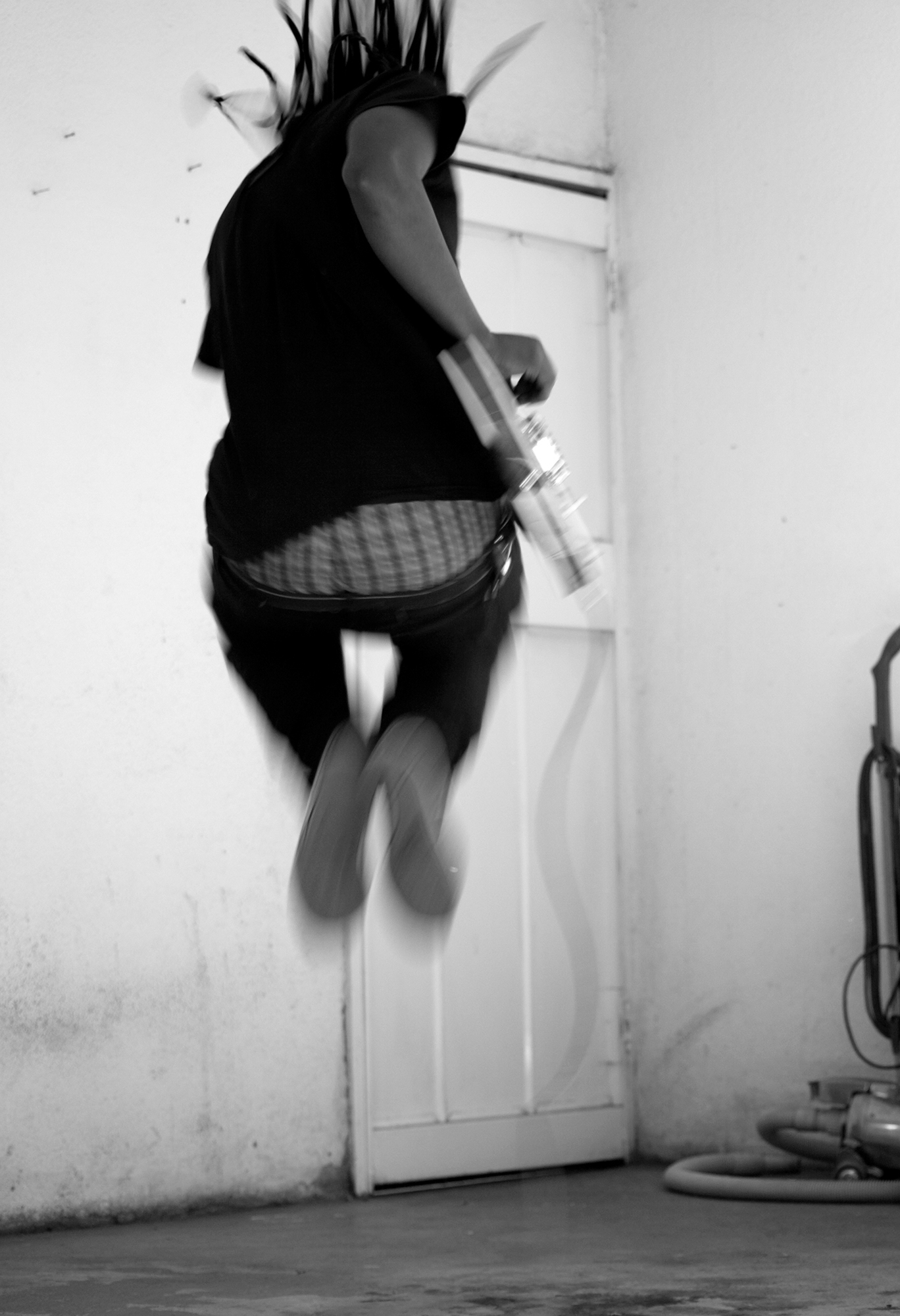