Accessibility links
Somaliland Is Debating A Tough New Law About Rape And Sexual Assault : Goats and Soda Current laws recognize some offenses but they're narrowly defined. "We want to properly address the issue once and for all," says Mohamed Ahmed of the Ministry of Foreign Affairs. 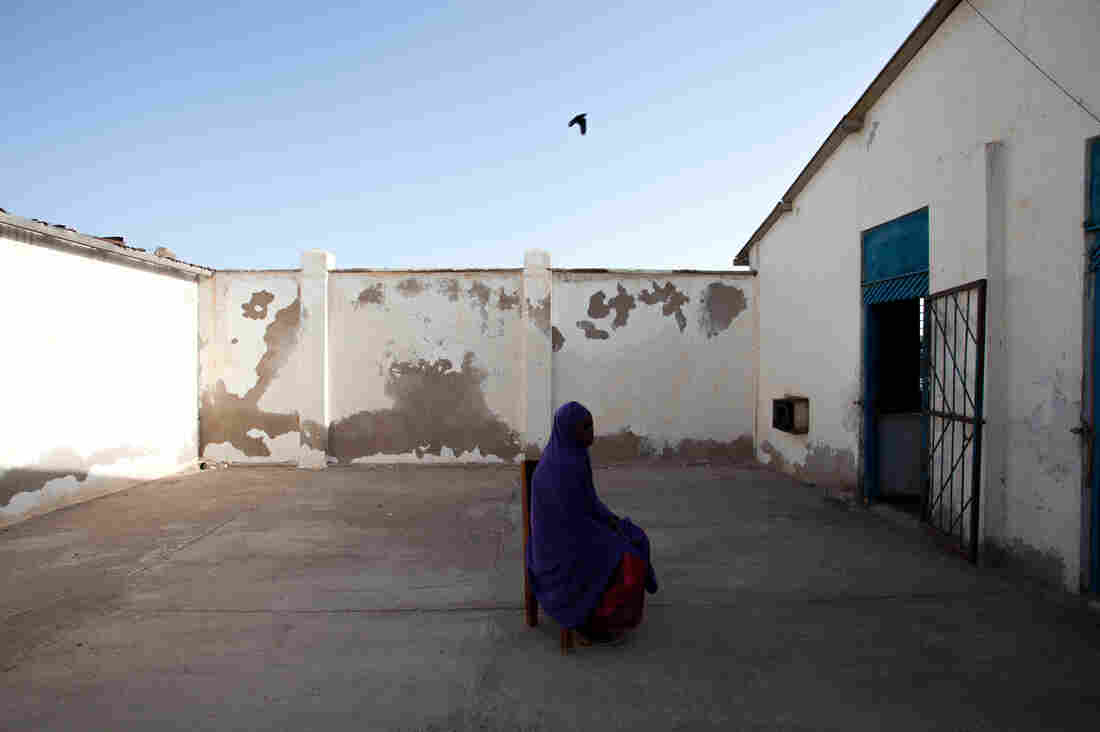 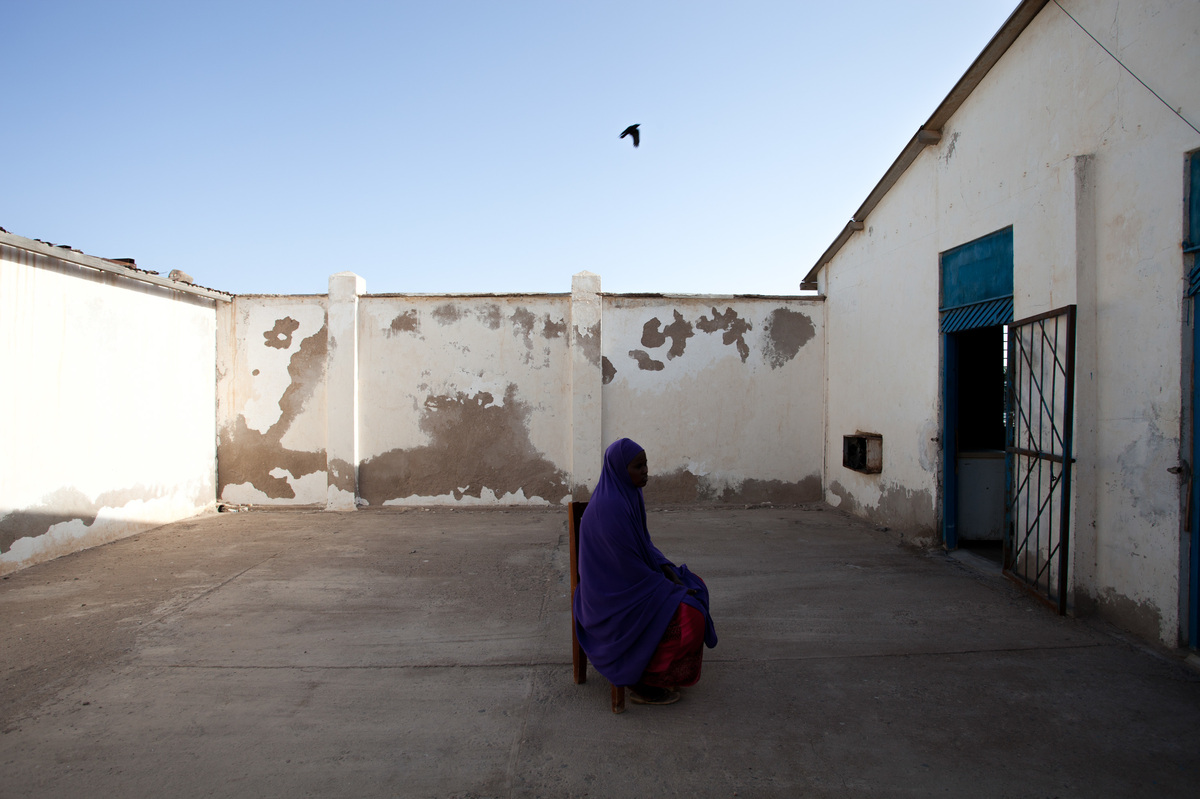 Somaliland looks to be on the verge of enacting a bill that would punish anyone found guilty of a sexual offense.

It's not that rape is legal in Somaliland, a self-declared republic that broke away from Somalia in 1991 but is not recognized internationally. The penal code recognizes some sexual offenses. Yet they're so narrowly defined that critics say women and girls remain unprotected. The current penal code refers to sexual offenses by the words "carnal violence" and "acts of lust."

"As [the] government of Somaliland, we want to properly address this issue once and for all," says Mohamed Ahmed, director of the legal department of Somaliland's Ministry of Foreign Affairs, in an email to NPR. That means not only providing "adequate protection to certain vulnerable groups," he writes, but allowing the government "to track and properly handle perpetrators of sexual offences."

This month, the lower house of parliament passed "the Somaliland Rape and Sexual Offences Bill," which criminalizes gender-based violence. VOA Africa reported that the bill was approved by 46 of 51 parliament members.

Getting this far has proven challenging. "Previously many politicians and government officials were denying the existence of rape in Somalia," says Guleid Ahmed Jama, chairman of the Somaliland Human Rights Centre which advocates for justice for victims in the courts.

If the legislation passes, a person convicted of rape would be sentenced to a minimum of 15 to 20 years in prison. A person who rapes someone under the age of 15 would receive 18 to 22 years or a life sentence if the rapist infects a victim of any age with HIV. The bill also lays out specific punishments for trafficking, gang rape, attempted rape, forced marriage, unwanted touching and other sexual advances.

And it lays out the duties of police officers and the courts in enforcing the law. It mandates that the Supreme Court and the National Judiciary Committee ensure judges be trained to handle and hear sexual offenses cases. A person accused of a sexual offense would not be allowed to use a victim's sexual history as evidence in an attempt to be acquitted.

The shift started in 2013, when civil society groups began to work with the House of Representatives to criminalize all sexual offenses. The proposed bill on sexual offenses "was removed from the parliament agenda several times," according to a written statement from Nafisa Yusuf Mohamed, executive director of the Nagaad Network. She says there were law enforcement officials who accused groups like Nagaad of spreading a myth that sexual assault was a problem in Somaliland.

According to Somaliland Human Rights Centre's 2017 annual report, 81 rape cases were prosecuted last year — out of some 3.5 million people. But advocates for the new bill believe the actual number is higher. "Even the government institutions who receive the victims do not share the information with civil society. They don't want the numbers to go out," says Jama.

Not only have many officials ignored sexual offenses, victims fail to come forward to report crimes. They often don't want to be known. Ahmed Jama says that if a community were to find out that a woman spoke out about being raped to the police or to her peers, the stigma and discrimination might mean she never marries or often experiences harassment in the streets.

Even though the new bill passed the lower house, Jama is concerned that it could spark debate in the upper house, which has more conservative members than the lower house.

In addition to standardizing penalties for convicted rapists and other sexual offenders, the bill has clear wording to establish that only the state has the authority to prosecute. That's an attempt to prevent traditional elders from taking matters into their own hands in a parallel system known as "customary law." The elders intervene and sometimes order a rape victim to marry her assailant.

Ahmed Jama stresses the importance of enforcement. "These unfair and unjust interventions from the traditional elders might persist unless the government takes more robust actions with them," he says. The challenge will be greatest in rural areas of Somaliland, Ahmed Jama says, where the government has less presence.

The bill also states that police under the direction of the Office of the Attorney General should interview victims and immediately start an investigation. But supporters of the bill are worried that the police might not be a trusted source for enforcement.

"It is not only a legal issue, where if you have a law you can solve it. It is a matter of law enforcement. Who are they? Are they trained? Are they themselves abusers of their wives? You have look at all of that in order to answer the problem. If the police is tolerant, laws will not be implemented," says Ahmed Jama.

Somaliland's new bill calls for the Police Commissioner and Office of the Attorney General to ensure that police are trained to investigate sexual offenses. "Even though our resources are limited, we will try our best to at least try to train significant number of our police in order to enable them to handle these cases," says Mohamed Ahmed, director of the legal department of Somaliland's Ministry of Foreign Affairs.

"It will be imperative that key actors such as police, prosecutors, judges and lawyers are trained on how to implement the bill," says Antonia Mulvey, executive director of Legal Action Worldwide. She says that more effort should be placed on training women police investigators and prosecutors, pointing to signs that women and girls tend to feel more confident in reporting offenses to women. "Since Somaliland appointed women in these positions, there has been a significant increase in the number of convictions of sexual violence crimes."

The upper house, which will vote on the bill, is on leave until March 1. "I am uncertain whether they will approve [the text] as the lower house of parliament approved," says Ahmed. The lower house may still have the ability to override the upper house if it rejects the bill.

If approved, the bill will head to President Muse Bihi Abdi to be signed into law. Supporters believe that Abdi, who has spoken out for gender equality, would indeed sign.