Accessibility links
Cancer Study: What's The 5-Year Survival Rate For Cancers Around The World? : Goats and Soda A new study looks at patient records for a variety of cancers from 71 countries. Some of the data is encouraging — and some is discouraging. 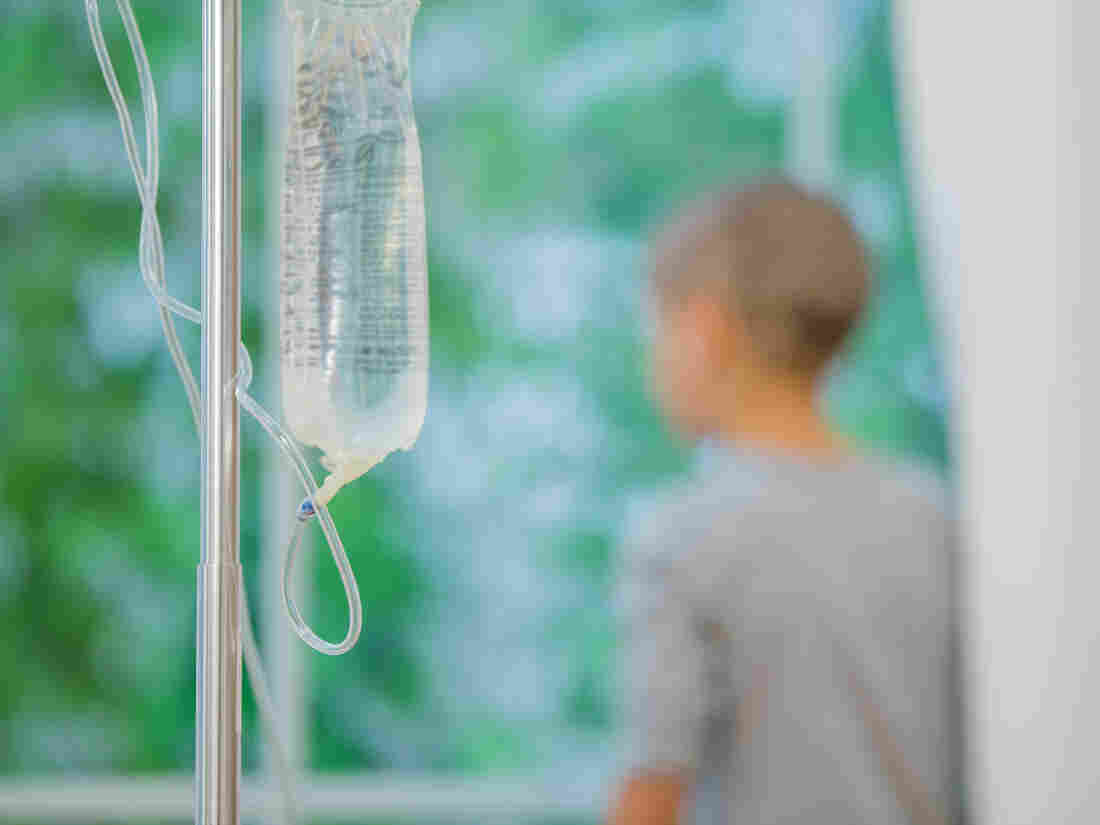 Chemotherapy has made a tremendous difference in survival rates for children with acute lymphoblastic leukemia, the most common type of childhood cancer. FatCamera/Getty Images hide caption 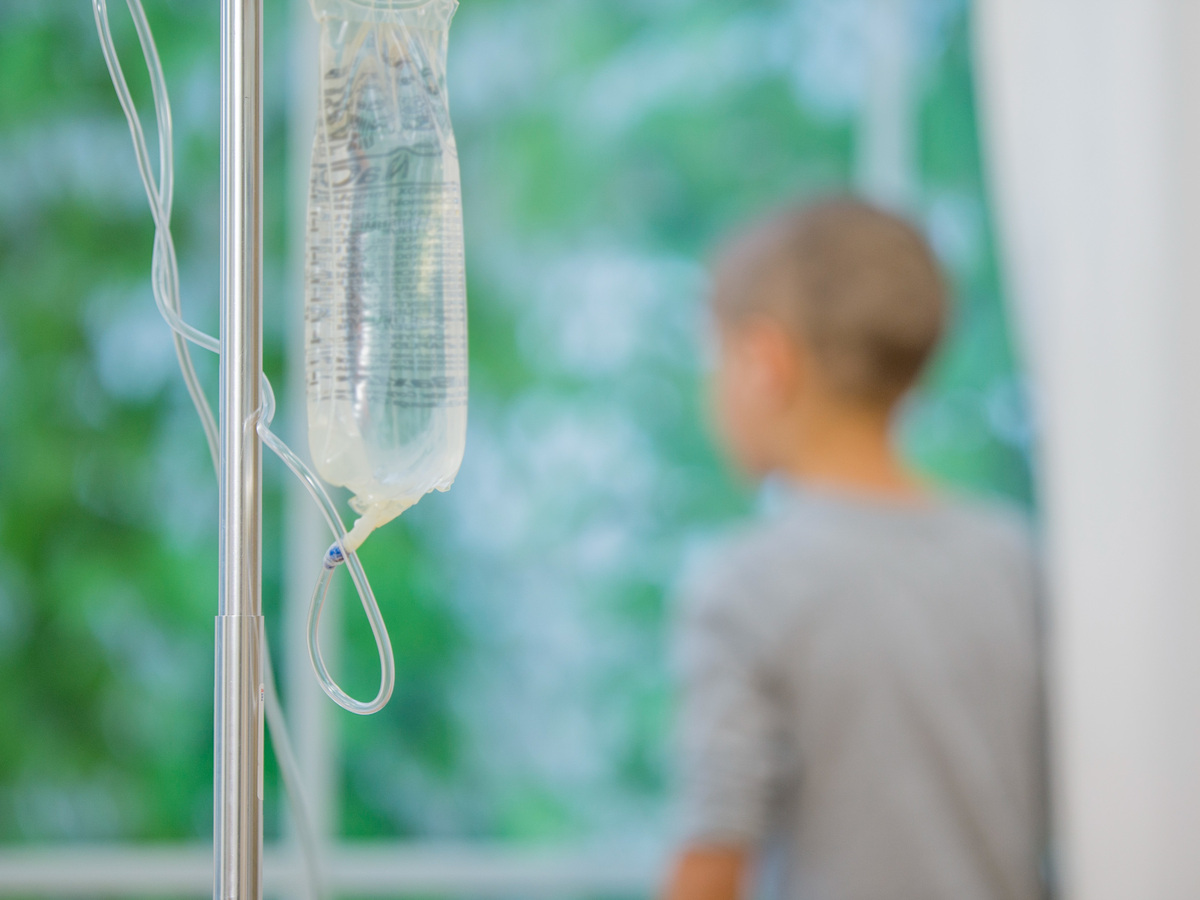 Chemotherapy has made a tremendous difference in survival rates for children with acute lymphoblastic leukemia, the most common type of childhood cancer.

What happens after a cancer diagnosis?

That's the question investigated by a study published by the CONCORD program on cancer survival published on Tuesday in The Lancet. The study looks at patient records for adults and children diagnosed with a variety of cancers in 71 countries. The records are from 2010 to 2014. The goal is to compare five-year survival rates, a number used to assess effectiveness of treatment.

The overall message is that there is improvement in cancer survival rates but with a caveat. As lead author Dr. Claudia Allemani notes, "That is particularly true in developed countries and less so in developing countries."

Case in point: Childhood cancers in upper-income countries — like the U.S. and much of Europe — are treated so successfully that the five-year survival rate often reaches 90 percent or even higher. That was reflected in the data for acute lymphoblastic leukemia, the most common childhood cancer. By contrast, in some middle-income countries — China, Mexico and Brazil, for example — it's less than 60 percent.

But there are some surprising revelations. Some countries in Asia do a far better job diagnosing and treating stomach and esophageal cancers than the United States does. Five-year survival rates in South Korea and Japan are 68 percent and 60 percent, respectively, versus 33 percent in the U.S.

To learn more, we spoke with Allemani from the Cancer Survival Group at the London School of Hygiene & Tropical Medicine and Michel Coleman, professor of epidemiology and vital statistics at the same institution. Here are some of the topics we discussed.

Why are children diagnosed with leukemia in Mexico and Brazil not faring as well as children with the same diagnosis in countries like the U.S.?

First, says Coleman, remember that in the 1950s and '60s, in Western countries, the survival rate for children diagnosed with leukemia was five percent or lower after five years. "There was really no treatment available," he says.

Today, largely because of chemotherapy as well as some other treatments, like stem cell transplants, survival rates have soared in the West.

But that doesn't mean that having the right drugs is the solution for countries still struggling with these cancers. "The treatments are quite aggressive and repress the immune system so a child's ability to defend against infections can be drastically reduced," he says. "It isn't simply a question of buying more drugs but a broader upgrading of the health service" to provide supportive care for the child during chemo.

What's behind the stomach cancer success in parts of Asia?

Countries like South Korea, Japan and Taiwan have historically had high rates of stomach and esophageal cancer. So local governments as well as companies have set up annual screenings. "They are very skilled at diagnosing very early and at very aggressive surgical techniques to manage those cancers," says Coleman. But as Allemani points out, the survival rates for other cancers — melanoma and leukemia, for example — "are really quite low."

Allemani points to Costa Rica: "Generally speaking we found very good survival for some cancers" in this upper middle-income nation. It's one of the countries in the group with a five-year survival rate of 85 percent or higher, including the U.S., Canada, Japan and 16 European countries.

Getting cancer data is harder than you think.

The information in the report comes from registries that cite cancer diagnoses and deaths from cancer. Of the 85 countries contacted, "more than 20 wanted to participate but could not," says Coleman, because registries have closed or lacked resources to keep reliable data — or did not have legal permission to link data from registries of diagnosis to registries of deaths from cancer. And these problems cropped up in a variety of countries, from low-income to high-income. For example, there is no data from any country in Africa in the childhood cancer section. And, Coleman says, "four of the 13 jurisdictions in Canada were not able to provide data in time for this study."

That lack of data is "lamentable," he says.

Without such data, Allemani says, "health ministries are flying blind on cancer control."