Accessibility links
China Sinks $3 Billion Into 'Toilet Revolution' With Some Over-The-Top Results : Goats and Soda China has sunk $3 billion into the building or renovating of 68,000 public bathrooms, with sometimes strange results: Outhouses that look like castles, homes, even human faces. 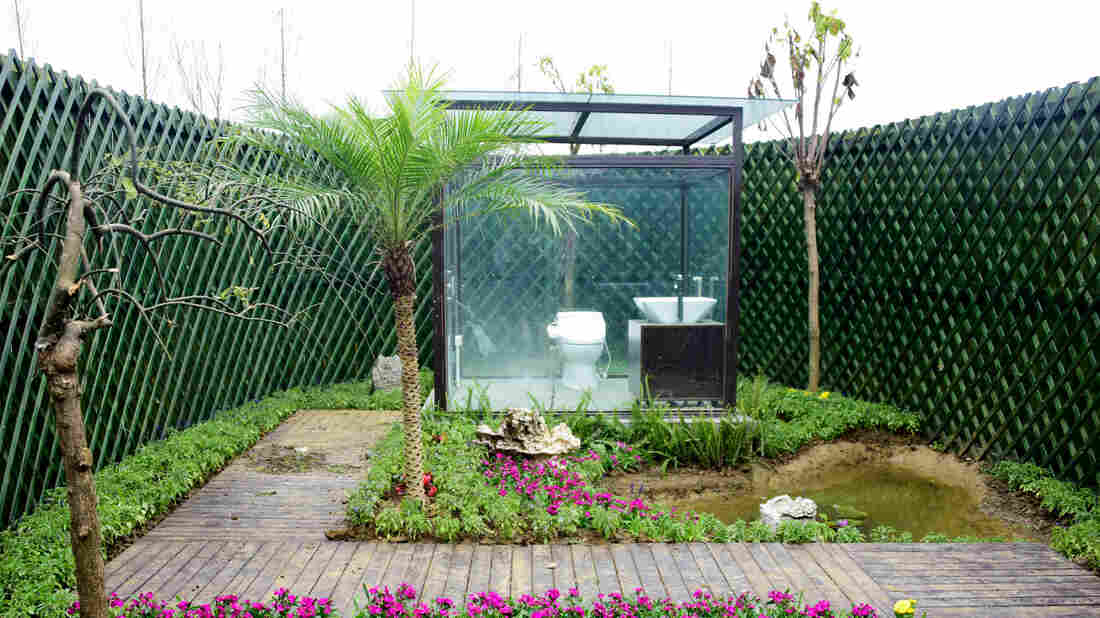 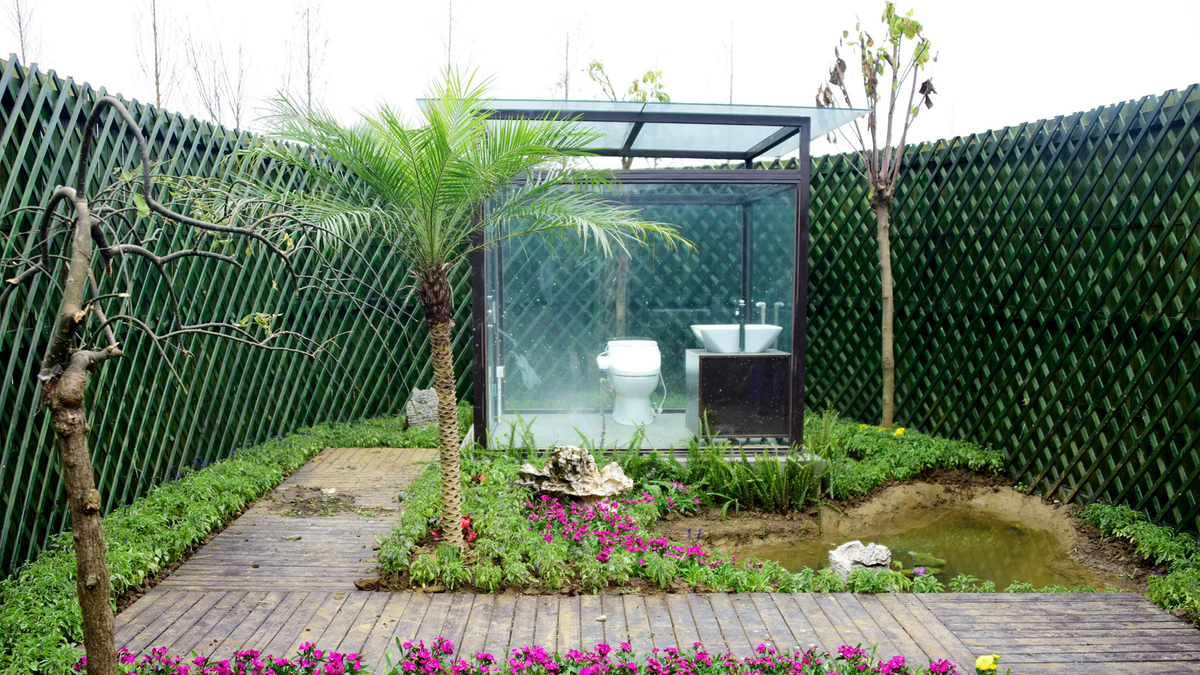 A new public toilet at a park in China's southwestern Guizhou province. Don't worry — the fence keeps it private.

Filthy, stinky, scarce and hard to find. Toilet paper, soap, hot water and hand dryers are too much to ask. Consider yourself lucky if the person before you aimed correctly and remembered to flush. That's what many Chinese public bathrooms are like.

According to the authorities, some 4.3 billion domestic and overseas visitors are subjected to these embarrassing conditions at China's tourist spots each year. So in April 2015, Chinese President Xi Jinping called for a "toilet revolution" — an all-out war on unhygienic bathroom conditions at tourist attractions.

While most cities simply aspire to make bathrooms cleaner and more available, others went overboard on lavish loos.

The city, which the government named an "Excellent City in Toilet Revolution" in 2017, plans to add Wi-Fi, ATMs, newsstands and electric-vehicle charging stations to its public bathrooms.

Elsewhere in this southwestern city, weird-looking bathrooms made headlines. At one open-air facility, the urinals have doors for privacy — but they only conceal, shall we say, one's business end. Other al fresco locations offer no coverage, so users must employ umbrellas or other DIY means of preserving modesty.

Efforts to improve manners are going as over the top as the architecture. In Beijing and Nanjing, the solution to toilet paper theft and waste is facial recognition: specifically, devices that scan your face before dispensing about two feet of TP. Patrons who need more must wait nine minutes for a second scan.

Ikea In Shanghai Tries To Kick Out Freeloading Senior Citizens

While some netizens applaud the use of such technology, many think it's unnecessary and inconvenient. As one person posted on Weibo, China's equivalent to Twitter, "Why is facial recognition everywhere? Do you need to know what I look like when I just simply want to go to the bathroom?" "I'll just bring toilet paper with me," another fumed.

Backlash is coming from the government as well. In December, Chinese authorities warned local governments to stop wasting money on extravagant toilet facilities and just stick to making them practical, clean and efficient. This month, they were also asked to appoint "toilet chiefs" to keep an eye on sanitation in public bathrooms.

There's still a huge gap between public bathrooms in major cities and those in remote villages. In the fancy malls of Shanghai, citizens can relax and play with their phones in nicely scented, lounge-like restrooms with jazz playing in the background, while folks in rural areas may still use public or private open-pit squats surrounded by low brick walls and take care of business right beside pig pens.

"Toilet problems are not trivial, but something significant in construction of urban and rural civilization," Xi opined in November. He now wants to extend the toilet revolution beyond tourist sites. In the next three years, China aims to build and upgrade 64,000 more public restrooms with the aim of improving quality of life.

So far, there have been no leaks about the details of this new round of privy progress.