Accessibility links
Why Bolivia's Tsimane People Avoid Doctors And What Makes Them Change Their Mind : Goats and Soda A new study looks at why the Tsimane people of Bolivia often avoid seeking medical care — and what might change their minds. 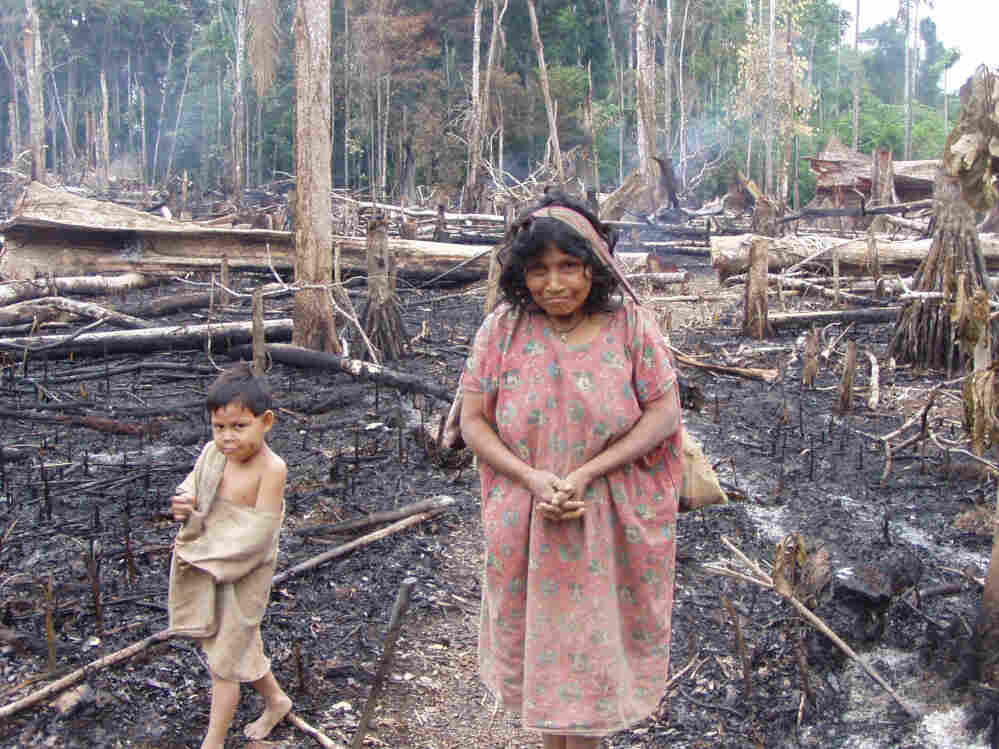 The Tsimane, who live in the Bolivian Amazon, often avoid going to the doctor — even if there's free medical care available in their community. Michael Gurven/The UC Santa Barbara Current hide caption 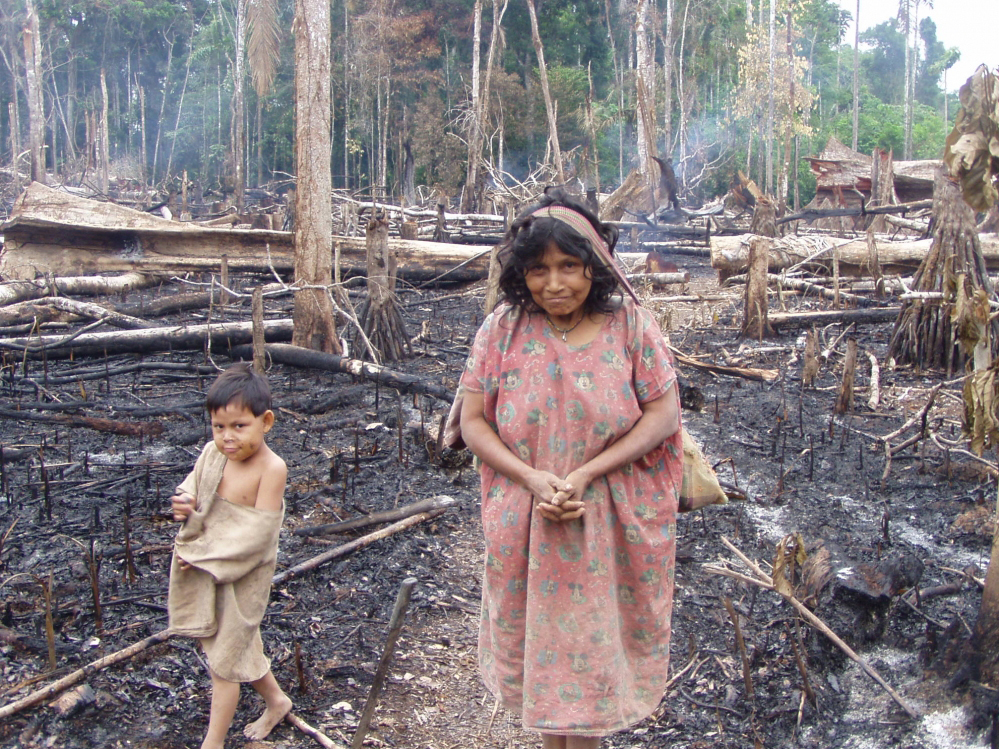 The Tsimane, who live in the Bolivian Amazon, often avoid going to the doctor — even if there's free medical care available in their community.

The Tsimane people are among the most isolated people in Bolivia. They number about 16,000 and live in 80 mostly riverbank villages of 50 to several hundred people scattered across about 3,000 square miles of Amazon jungle. They are forager-farmers who fish, hunt, cut down jungle trees with machetes and produce an average of nine children per family, says Michael Gurven, chair of the Integrated Anthropological Sciences Unit at the University of California at Santa Barbara.

Gurven has visited and studied the Tsimane people for 16 years. Last month, he and colleagues published a paper in the journal Social Science & Medicine on why these impoverished people, who live an average of just over 50 years (compared to the world average of 71.5), often won't take advantage of medical care, even when it's free and offered by people they've come to trust.

What the researchers found offers some clues about why many of us resist going to the doctor when things like rashes, coughs and pains make it pretty clear that we should. Dr. Lisa Cooper, professor of medicine at Johns Hopkins University School of Medicine, is not connected with the social science study, but she studies medical adherence and preventive care in the U.S. She says the study shows that while providing medical services is important, it's not enough to ensure good health.

"We also have to deal with belief systems, with world view, with spiritual beliefs," she says. "We've got to take a much broader view of health."

When Gurven and his team made trips to Bolivia over the years, they brought medical teams to the most remote villages. "We'd set up a camp and provide health care," he says. "If there were 100 people in the village, maybe 70 would come. And every time, it would be the same people. I wondered: Were they the sickest? Why didn't others come? We didn't charge them, so money wasn't the reason. We were right there, so they didn't have to travel anywhere."

In less remote villages closer to bigger towns, health clinics existed. But in these villages as well, a lot of sick people didn't go for health care.

To find out why, researchers asked 690 people, ages 40 to 89, about their priorities, their perceptions about health, their knowledge of medical care. But they also probed deeper, looking into people's beliefs about the extent to which their actions mattered.

"We tried to get at what they think," says Gurven. "If they think they're in charge of what happens to them, that what they put into their body or what they do effects what happens, they're more likely to go to the doctor. With that feeling of control, they're likely to believe that medical treatment will help heal them, or that they might be able to prevent getting sick in the first place.

But people who think outside forces are in charge — fate or chance — are less likely to seek out care. They believe that nothing they do will matter, or matters far less than the forces of nature or the whims of others, so why bother, says Sarah Alami, a graduate student in anthropology at UC Santa Barbara and lead author of the study. It turned out that the Tsimane people largely believed that forces outside their control — like a mosquito bite that results in a deadly fever or a neighbor who puts a curse on them — mattered more than things within their control. 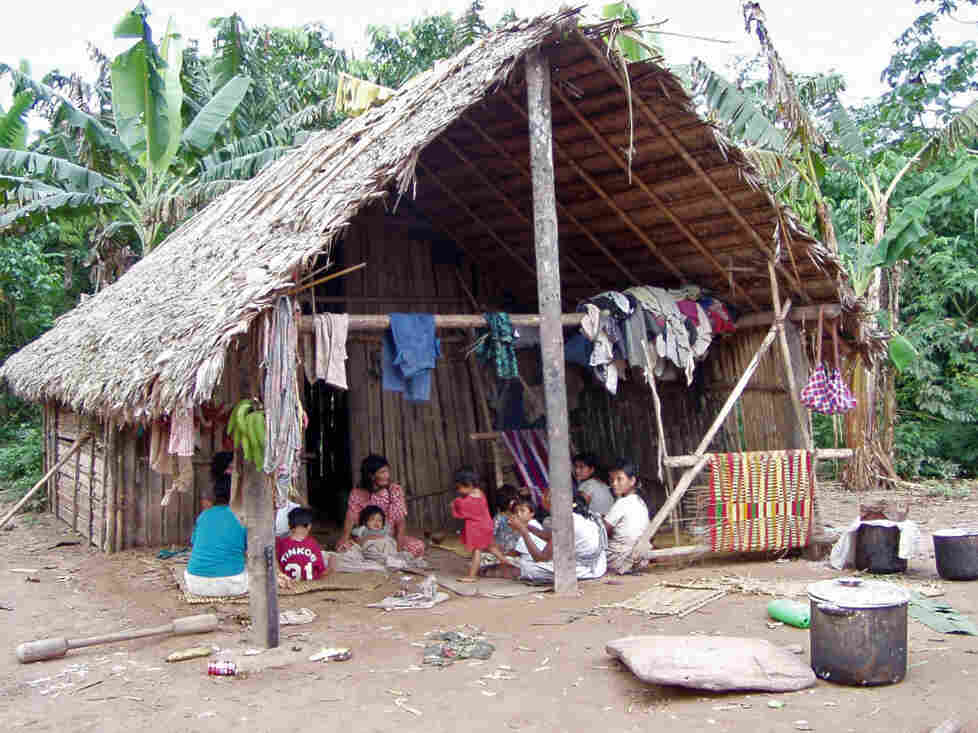 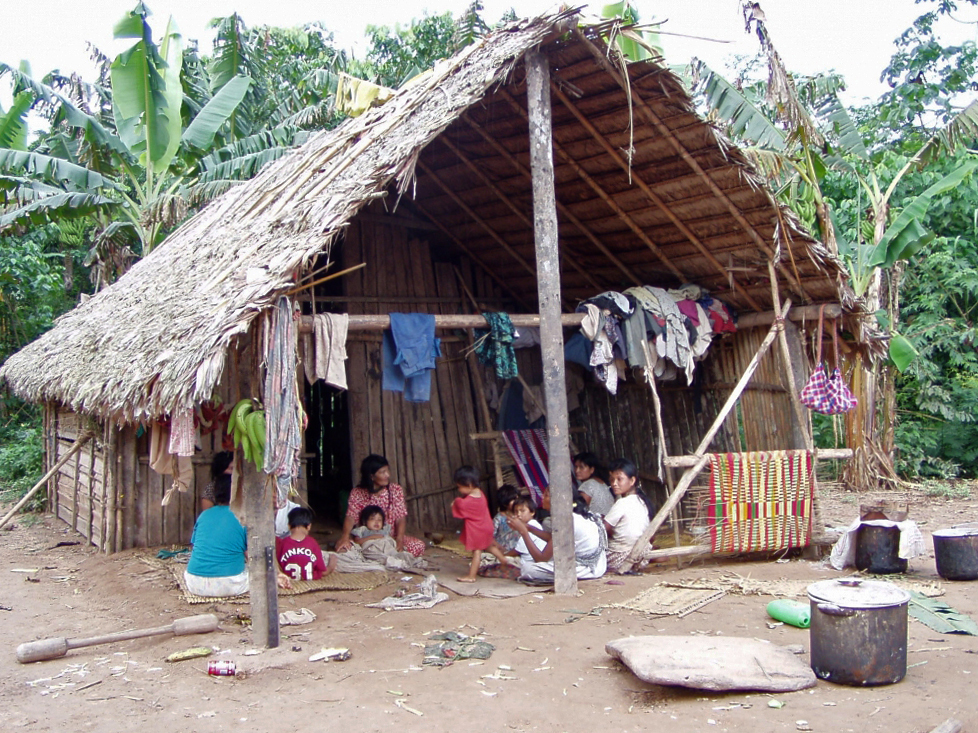 The Tsimane are forager-farmers who fish, hunt and cut down jungle trees with machetes.

Alami has spent eight months in Bolivia, working with the Tsimane people. She's seen active people in good health: men felling tall trees, children using the jungle as a playground, women juggling a couple of kids while breastfeeding and fishing.

But she's also seen their ill health. A villager she met a few weeks ago might be gone on her next visit, having succumbed to dengue fever. "You can see they're heavily burdened by parasites," she says. "You see open sores that are infected, and they might not go for help. For something they know will kill them, like a snake bite, they'll try to go for help." But where it gets trickier, she says, is a less immediately urgent problem, like a cough that might be tuberculosis.

The researchers concluded that, from the point of view of a Tsimane villager, not taking advantage of medical care might be a rational decision. They know, Gurven says, that while they might get relief from a parasitic infection by going to a clinic, they also know that they're quite likely to get reinfected right away. Or maybe they'll be bitten by a snake on the way home, so they shouldn't risk venturing as far away as a health clinic.

The same kind of thinking in the U.S. keeps people from medical care, Cooper says. "I liken it to what I see in disadvantaged communities where things are chaotic and people believe their circumstances are controlled by chance," she says. "You go in for care, and the doctor tells you to eat better and exercise." But you can't afford to join a fitness center, and you live miles from any store that sells fresh fruits and vegetables. "People living in chaotic environments might think that they don't have control over what's happening today, so why worry about what might happen in the future," she says.

Like the Tsimane, poor people in the U.S. might decide to skip medical care, she says. And from their point of view, it's a rational decision.

Even among middle-class people in the developed world, fears of losing control can lead people avoid medical care. "People are afraid they're going to be diagnosed with something that will limit their employment, or that their disease is so serious, treatment won't work," Cooper says. So again, why bother.

Avoiding trips to the doctor happens all over the world. But a couple of things have worked to get the indigenous Bolivians to the clinic. "We don't just explain the illness, and how a treatment will have an effect. Medical knowledge isn't the answer," Gurven says. "We try to get them thinking that it matters to their family that they get treated. We get them thinking about their lives in the future. We ask them about their children's lives five years from now."

It's the line spouses all over the world use, Gurven says, to get their mates to the doctor: If you won't do it for yourself, think of the kids.

A previous version of this story incorrectly stated that the Tsimane are descendants of the Incas. It also gave an inaccurate estimate for the number of people in a village of 100 who had come to a visiting medical team for care. That number is 70, not 30.