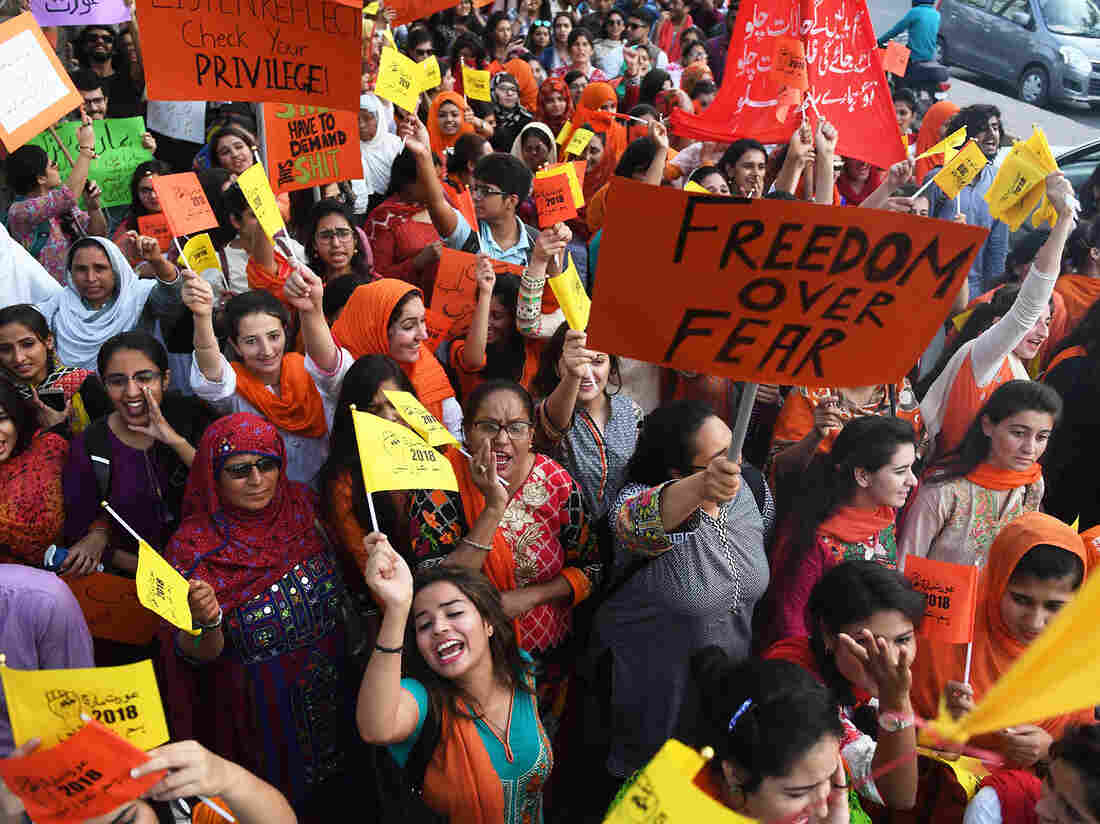 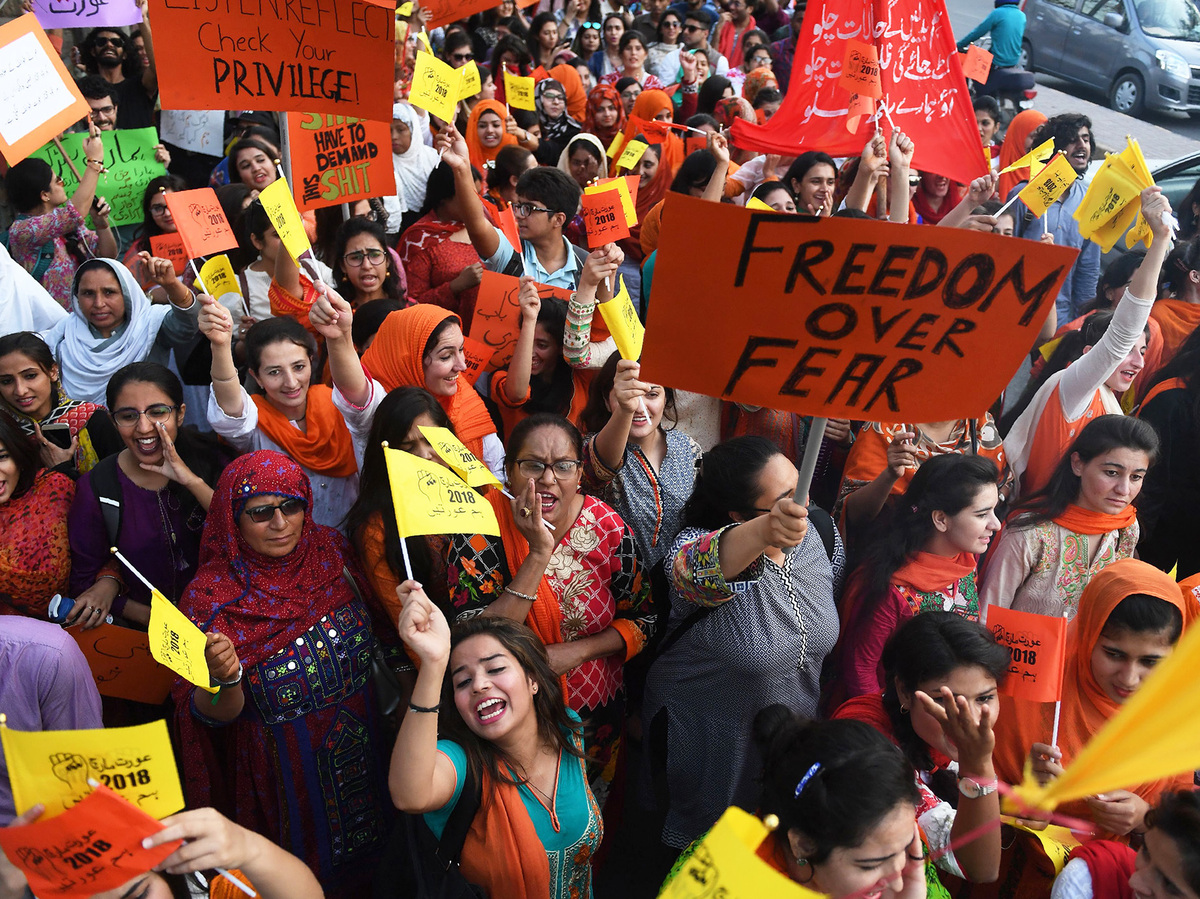 We were hundreds of women, marching on the streets of Karachi, Pakistan.

We raised our fists in the air, smiling, laughing.

Men gaped, shook their heads, filmed us from passing cars as we walked by, disrupting traffic.

We did not care what the men thought of us.

We were free to stand, walk, dance, with nobody to tell us to sit down, be quiet, be good.

It was the first time in my life that I saw women gathering in public, in strength, in numbers.

This was the Aurat (Urdu for "women") March, the first of its kind in the conservative Muslim country of Pakistan. There were actually three marches — in Karachi, Lahore and Islamabad – all held on March 8, International Women's Day.

Objectives were ambitious: a demand for the recognition of women's rights and gender equality, and an end to the hideous scourge of gender violence, among other aims.

But the overriding intent was to raise the morale of Pakistani women. The constant drip of misogyny can turn life into a misery, where you are considered a lucky woman if you have a husband who doesn't beat you. The Aurat March wanted to remind women that the bar doesn't need to be set that low.

Before the march began, activists took to the stage and spoke of their struggles and triumphs. Veeru Kohli, a member of the Dalit community in the Thar Desert (low-caste Hindus known by the epithet of "untouchables") related how she escaped a life of slave labor to become a political activist. Kainat Soomro, a victim of gang rape at 13 who is trying to take her rapists to court, described her as yet unsuccessful 11-year fight for justice. An activist from the Christian community excoriated the government for ignoring the scourge of forced conversions, where Muslim men kidnap minority women, force them to convert to Islam and marry them against their consent.

The March brought together women across class, ethnic, and religious lines. University students cheered on older feminist icons. Placards in English and Urdu read "Patriarchy is Fitna (sedition)", "Kebab Rolls not Gender Roles", "Woman is King" and "Stop Killing Women." Children waved orange and yellow flags with the Aurat March logo, and 97-year-old folk singer Mai Dhai sang and banged enthusiastically on a dhol, the traditional Pakistani drum played at weddings, stirring women and men to dance together in a spirit of festivity and celebration.

For the first time, I felt as though the invisible ties that held me back, those hundreds of written and unwritten rules about Pakistani women's behavior in public, had been cut through with a blowtorch.

A small group of trans women watched from the edges, nervous and scared, but they soon joined in, along with the procession of nuns bearing giant crosses and the Dalit women from the desert. We marched behind women in red, members of the working women's union, bussed in from Hyderabad. We marched, hair bare or covered, to the beat of the drums and the pounding of our hearts.

We were accompanied by women on motorcycles, girls on pink bikes. Tens of men and boys joined us. We walked next to women wearing masks portraying the face of Qandeel Baloch, the social media star who was murdered by her brother two years ago because he could not stand her bold, risqué public persona. They bore a symbolic coffin containing a body shrouded in white, calling it "patriarchy's funeral."

It's been three decades since members of the Women's Action Forum were beaten on the streets for protesting the Islamization laws of dictator General Zia in the early 1980s. Pakistani women in 2018 still find themselves trampled under decades of discrimination and oppression. But the Aurat March has motivated them to demand equality and justice. The Aurat March has uncovered an undeniable truth: The revolution has arrived in Pakistan — and it is a women's revolution.

Bina Shah is a writer living in Karachi, Pakistan. Her forthcoming novel, Before She Sleeps, a feminist dystopian story about women's lives in a future Middle Eastern society, will be published in August 2018. She tweets @binashah