How Happy Is The Country With The Biggest Gains In Happiness?

How Happy Is The Country With The Biggest Gains In Happiness? 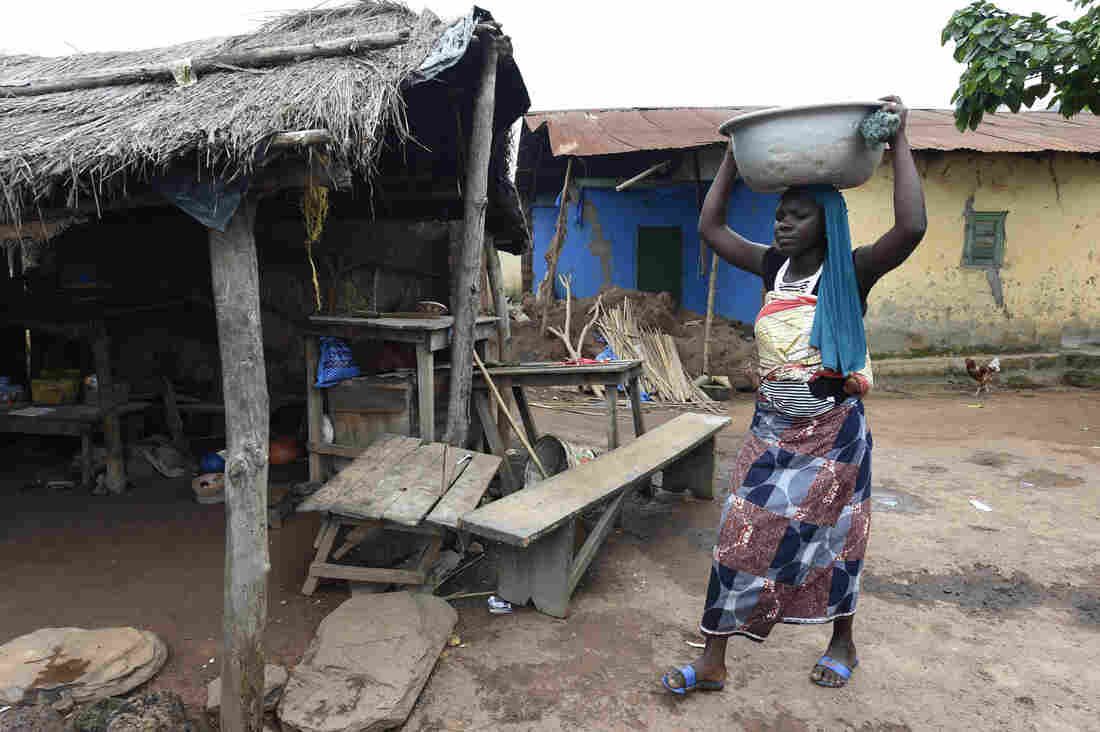 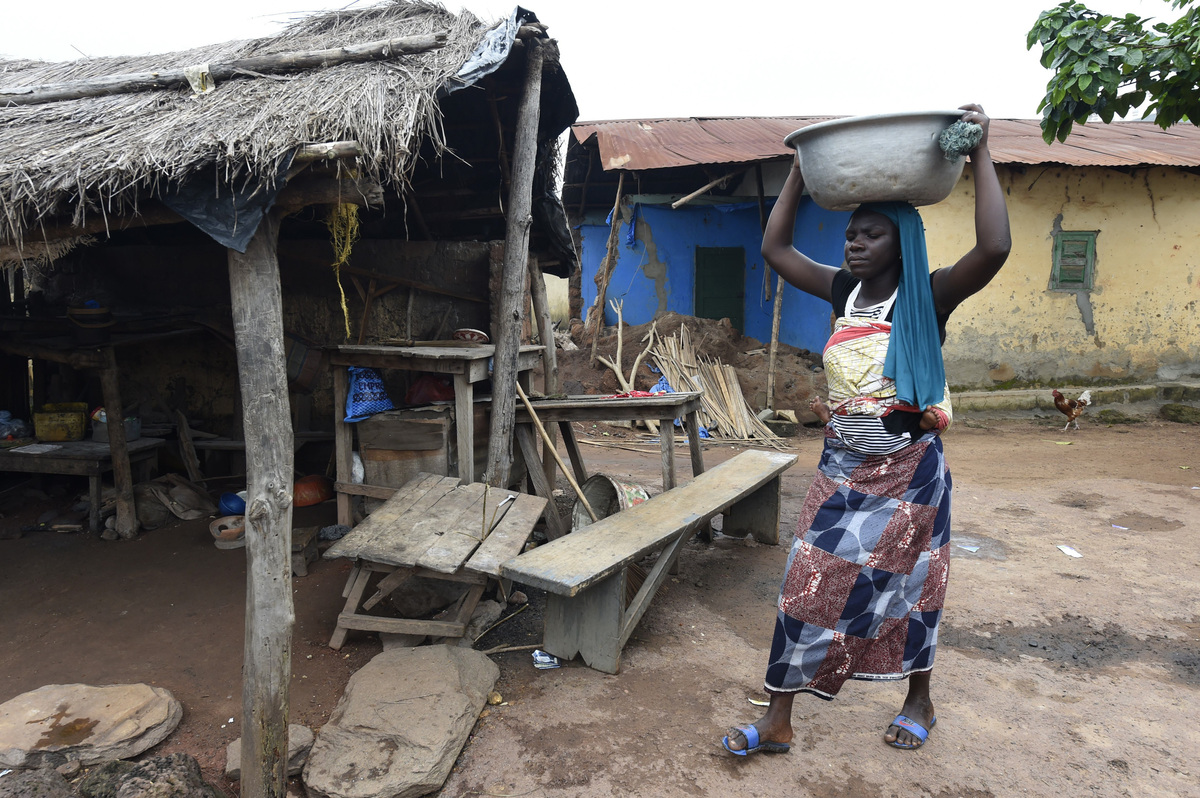 A woman carries water at Kparatao village, near Tchamba in the northern region of Togo.

This year's World Happiness Report doesn't have too many surprises — Scandinavian countries occupy many of the smiliest slots. But there's a West African country that's getting rave reviews for its happiness. Togo, which ranked at the very bottom of the 2015 World Happiness Report, comes in this year as the "biggest gainer," the report says. That means Togo is the country with the most-improved level of happiness in the world.

The numbers — from in-person polling in Africa, according to Gallup's website — quantify happiness using "Cantril's Ladder of Life Scale." Participants imagine a ladder with ten rungs representing the best to worst possible life and report where they stand.

Between 2008 and 2010, respondents in Togo put themselves somewhere around rung two or three. The 2015-2017 surveys suggest that happiness jumped nearly 1.2 points on the 10 point scale, up to the fourth rung.

Some of the vital statistics from Togo would seem to indicate a country where happiness is on an upswing. Infant mortality dropped steadily from 2009 to 2016, according to UNICEF data. And UNESCO data says more children in 2015 completed primary school compared to 2010. But other UNICEF measurements show that access to latrines and clean water continues to be a problem.

To get a perspective from the ground, we interviewed two journalists in Togo: Jérôme Sossou is the director of an independent newspaper, Le Triangle des Enjeux. Erick Kaglan is a correspondent for the Associated Press and CNN. We reached them via Whatsapp; their answers have been edited for clarity and length.

Do people in Togo seem happier than a few years ago?

Jérôme Sossou: In Togo, the conditions of life, work and studies are really abysmal. Almost every week there are political protest movements, strikes by teachers, medical staff (i.e. doctors) and civil servants and protests by students. The demands have been the same for five years: better working and living conditions. If there was an improvement in living conditions, there would not be these different walkouts.

Erick Kaglan: I cannot pretend people in Togo today seem happier than a few years ago, because what I see today is tensions in the country: unrest, strikes, arrests, anti-government demonstrations [one family has controlled the presidency for decades]. But I would say people in Togo were happier between 2010-2013 than they were before that period.

Why do you think there was an improvement at that time?

Kaglan: Between 2008 and 2010, people in Togo began to feel some relief following decades of turmoil and lack of financial support. Right after the presidential election of 2010, which was free of violence for the first time in the country, most international partners and donors began to make their way back.

New grassroots development policies were launched to provide government assistance to vulnerable communities across the country, but the results were not to be seen immediately. Women received little credits to start small businesses, surgery campaigns were held throughout the country to cure some illnesses, conditions for entrepreneurs to start their businesses were reviewed.

And a new proactive prime minister, Gilbert Houngbo, was appointed. In many observers' opinions, he was the best PM yet. He launched historic "outstanding projects," from infrastructure to agriculture, energy, water supply, education. The impacts began to be visible from early 2014 to 2015.

What are people still struggling with?

Sossou: In the interior of Togo, people and animals drink water in the same river. There is no drinking water. Schools still struggle with student-teacher ratios and facilities. Even in the capital, Lomé, several schools are not adapted to the realities of a modern school. In schools that are poorly built, students are forced to return home whenever it rains.

Kaglan: Overall, experts in economics would say the country is making great strides forward because service facilities like the port and the airport are offering better services, but the living conditions of the people in Togo overall remain critical.

How do conditions affect your own life?

Sossou: As far as I am concerned, this situation paralyzes my activities as a journalist. I run a weekly newspaper, Le Triangle des Enjeux. With the situation prevailing in the country we cannot sell the newspaper. In addition, we have no advertising, so it's difficult to keep up with printing costs. Sometimes that means the newspaper does not appear on schedule for several weeks.

It is true that there is freedom of expression in Togo but we must remain vigilant and cautious. When you're a journalist critical about power, writing about the government, you are often afraid for your life. There is intimidation, there are anonymous calls, there are lawsuits.

Kaglan: I see a lack of transparency in the management of public funds which hurts social cohesion. Some people in the country can squander public funds without any record. A road construction project financed up to 40 million dollars can be abandoned at the early stage without any investigation. Or a phosphate company can be run for 10 years without any accounting documents. Can you believe that?

On a scale of one to 10, how happy would you say you are?

Sossou: If I were earning less than a dollar a day, and I ate barely once a day like the majority of Togolese, I would be below four, like three. Living and working conditions are very difficult.

Kaglan: I would say eight, because I am happier than many in the country who are still striving and starving. That's me. The thing is, I am lucky to have opportunities.

So what do you make of the report listing Togo as having the most-improved level of happiness?

Kaglan: I am wondering how Togo happened to make such a big stride in the report while most citizens continue to complain about their living conditions. Are people in Togo happier than they were two or three years ago? Just wondering!