Accessibility links
Scientists In Africa Wonder If Academic Journals Are Biased Against Their Research : Goats and Soda The problem is, it's hard to prove. Journals deny it. But some academics say they've experienced it firsthand.

Scientists In Africa Wonder If There's Bias Against Their Research

Scientists In Africa Wonder If There's Bias Against Their Research 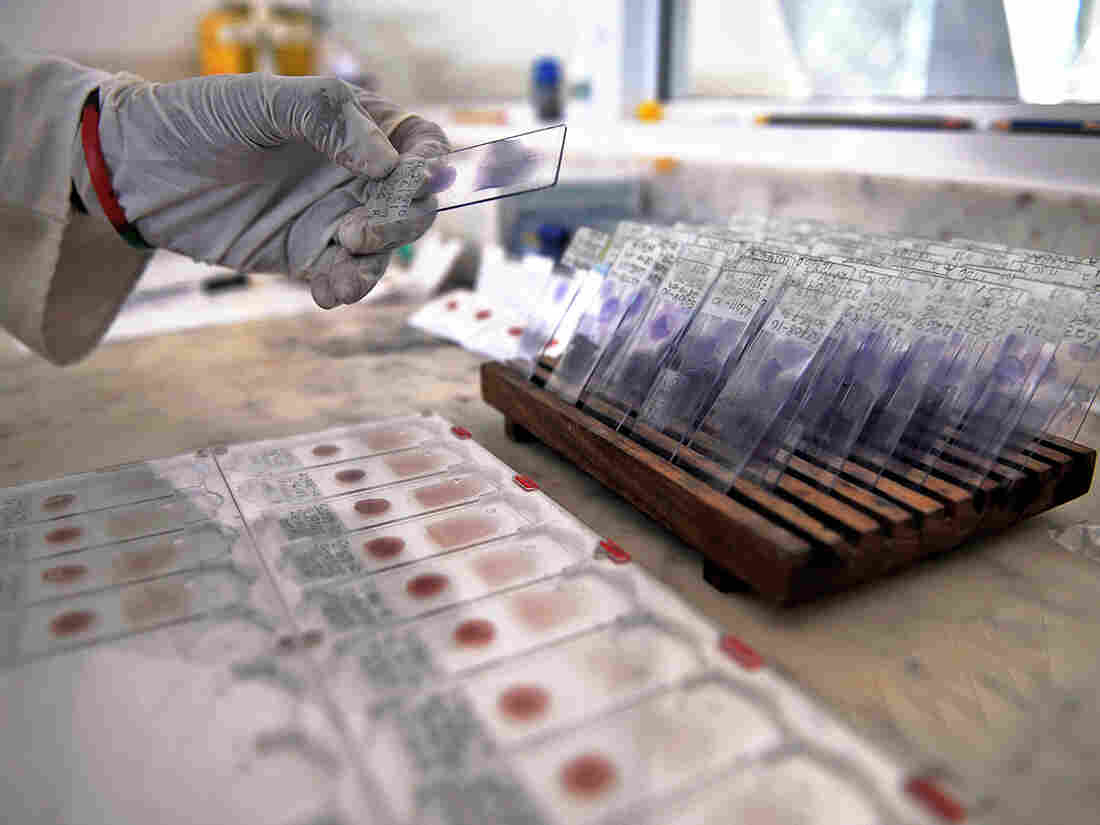 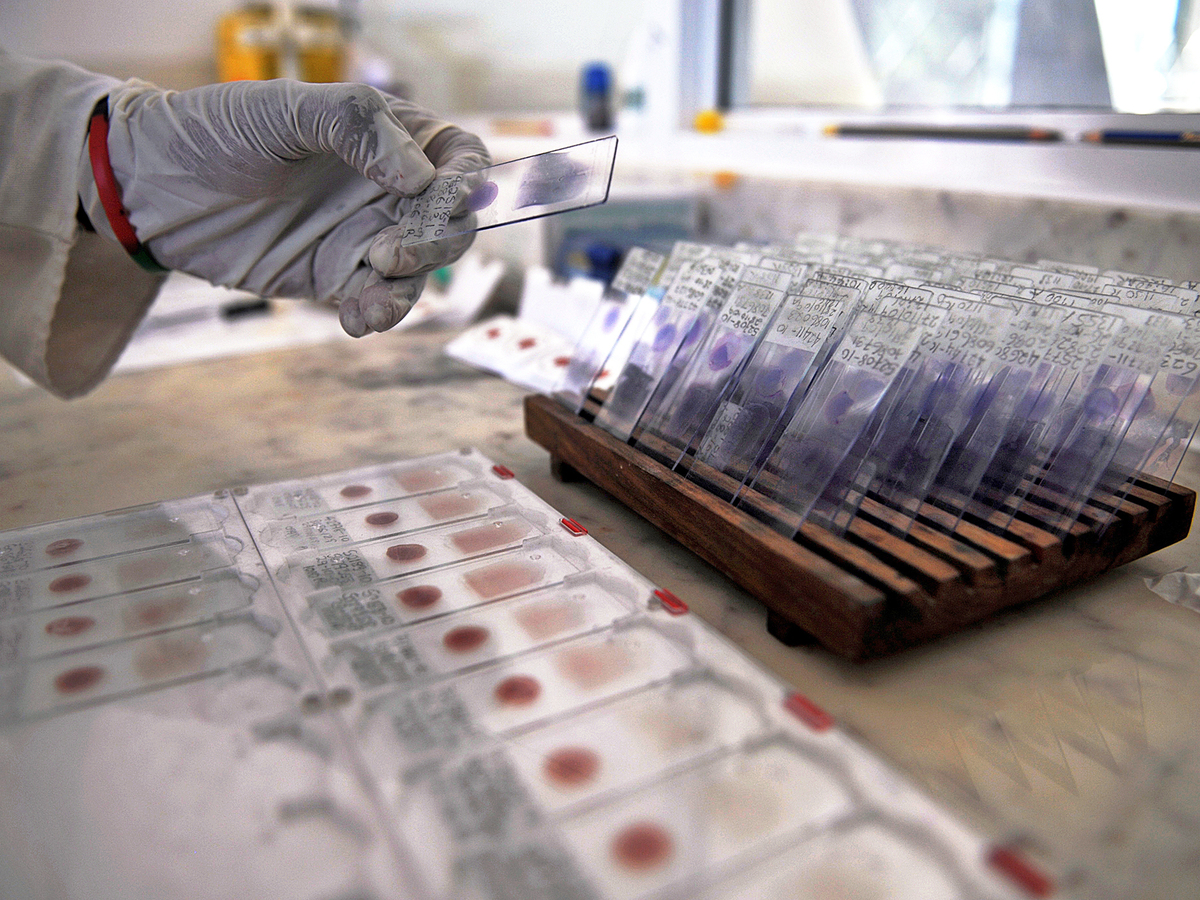 A laboratory technician prepares blood samples from volunteers for viral-genotyping at the government-run Ifakara Health Institute in Bagamoyo, Tanzania.

Abraham Haileamlak is a professor of pediatric cardiology at Jimma University in Ethiopia. He's also the editor-in-chief of the Ethiopian Journal of Health Sciences, a peer-reviewed journal.

Dr. Haileamlak does research on children's health and rheumatic heart disease. But when he shares his studies with journals based in high-income countries, he's often greeted with surprise.

"They say they do not expect such quality research from a low-income country," he says.

Other researchers in Africa report similar experiences. They say they simply don't get the same respect or representation as their Western counterparts.

One research platform is trying to change that.

Founded in 1998, the multilingual, U.K.–based news service AlphaGalileo promotes research from journals and universities around the world. Institutions have to pay an annual fee of more than $2,000 to join.

But managing director Peter Green says that AlphaGalileo hadn't been hearing enough from Africa. So last month he waived the annual fee for research journals there, letting them post news on the site free for a year after they sign up.

But is that enough to solve — or even prove — the perceived problem?

Data supporting a Western bias against African research is scarce. That makes it a hard thing to demonstrate. But there are a number of reasons to take the issue seriously.

One of them is a study published last year in Globalization and Health, a peer-reviewed journal. Led by Matthew Harris, a public-health specialist at Imperial College London, researchers conducted an implicit association test — a widely used method that asks participants to quickly categorize items, which helps researchers measure automatic associations.

The team found that the group they tested — mostly health-care professionals and researchers living in the U.S. — frequently associated rich countries with good research. More than 80 percent made at least a small association of this sort. The same was true of poor countries and bad research.

Harris and his colleagues also found that 58 percent of respondents did not agree that poor countries are as likely as rich countries to produce good research.

Though it's just one study, the findings suggest that there may indeed be some bias in how Westerners perceive research from Africa. If that's true, it could affect how research is received — or whether it gets published at all.

But while more than half of the countries in the study were African, the focus was on poor countries generally, not just African ones. And of course not every African country is poor.

Another piece of the problem might be quantitative: There just isn't as much research being done in African countries as there is in Western countries. According to a UNESCO Science Report, the continent accounted for just 1.3 percent of global expenditure on research and development in 2013. And it was home to just 2.4 percent of the world's 7.8 million researchers working that year.

Lucy Quist‏, a Ghanaian businesswoman and engineer, tweeted: "There is bias against most things African including STEM because the knowledge of Africa is a. through the narrowest lens possible and b. is mostly out of date. Few look for the real progress being made to redress bias."

Larisa Bowen-Dodoo, the site's founder, said in a statement that irrespective of gender, African research is underrepresented in Western journals and the media:

"I believe this stems from unconscious perceptions and bias against research from our parts of the world, probably as a result of how some Western media portray us: deprived, underdeveloped and incapable. Underdeveloped compared to other continents? Maybe. But definitely not incapable."

Yet not everyone agrees that there's a Western bias.

Dr. Jeffrey M. Drazen, editor-in-chief of the prestigious New England Journal of Medicine, says that articles submitted to the journal are assessed based on their content, not their provenance.

"Our goal," he writes in an email, "is to provide the best information for health professionals worldwide. We do this without regard for country of origin."

There are also those who do see an underrepresentation — but don't attribute it to bias.

Engineer Adeola Olubamiji, the first black person to receive a doctorate in biomedical engineering from Canada's University of Saskatchewan, says that if the research is solid, the country it's from doesn't matter.

Still, she says, for African researchers to take their place on the world stage, governments and universities in places like Nigeria, where she's from, need to strengthen their STEM programs and encourage more novel research projects.

But investment isn't the only thing she wants to change. Olubamiji wants to think bigger — and more self-sufficiently.

Greta Jochem is a freelance journalist whose work has appeared in Washingtonian magazine, Grist and CityLab. Reach her @greta_h_jochem