Accessibility links
Praise For The U.S. HIV Program That Trump Wants To Cut : Goats and Soda PEPFAR, the massive U.S. program that primarily battles HIV in Africa, turns 15 this year. And researchers say it has had an incredible impact. 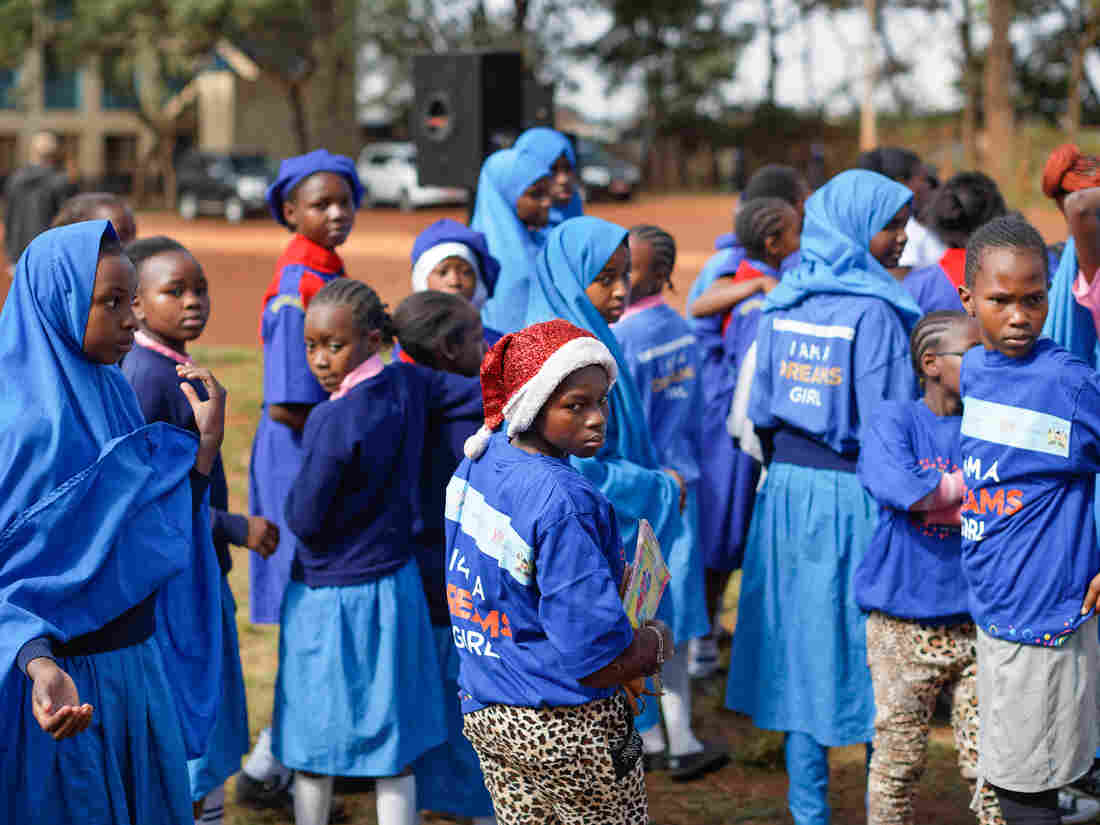 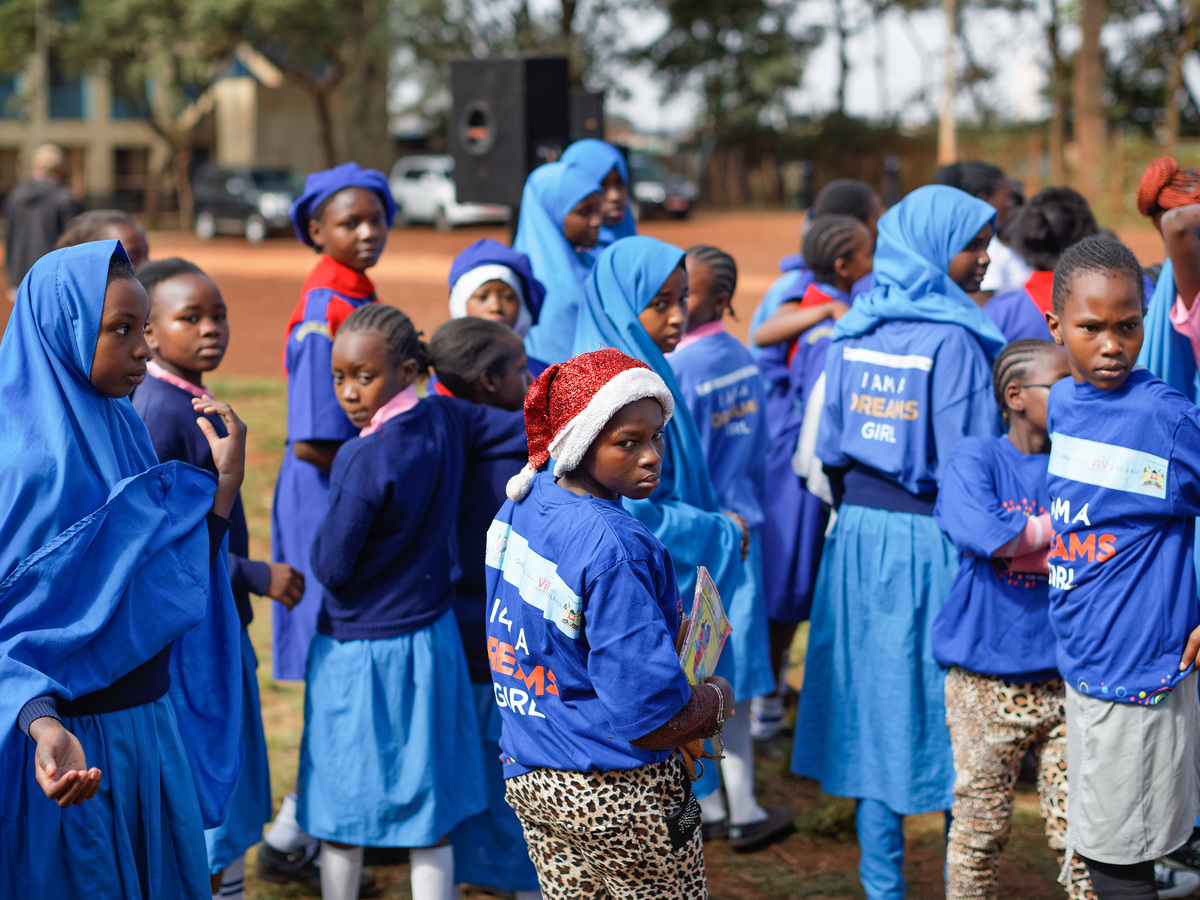 Girls at the St. John's Community Centre in Nairobi, Kenya, attend an event supported by PEPFAR, the President's Emergency Plan for AIDS Relief.

The 22nd annual International AIDS Conference is currently underway in Amsterdam. And several studies are looking at the U.S. government's largest foreign HIV program: the President's Emergency Plan for AIDS Relief, or PEPFAR.

The multi-billion dollar program to combat HIV and AIDS globally has been slated for cuts by the Trump administration. But researchers and African health officials credit the program started by President George W. Bush with helping to change the trajectory of the AIDS epidemic.

Bernard Haufiku, the current minister of health for Namibia, says that for his small southern African nation, the impact of AIDS has been enormous.

"Apart from the human life that has been lost, it eroded our economy. It invaded our social fabric," Haufiku says. "There are orphans because parents passed away. And now we are spending on health so much that we could have spent on other development projects."

Between 12 to 14 percent of all adults in Namibia are HIV-positive, yet the country now says it's on target to meet ambitious U.N. goals to end the AIDS epidemic by 2030. A paper released today at the conference shows that over the last two years, the number of new HIV infections in Namibia dropped by 40 percent

Haufiku says Namibia has done this by focusing on "hot spots" of transmission, identifying who is infected and getting them onto lifelong anti-AIDS drug therapy.

"When you put people on treatment," he says, "you are basically reducing the risk of transmission."

Namibia has a tiny population of 2.5 million people. It has limited resources.

Last year Namibia got $73 million dollars in funding from PEPFAR. Haufiku says the strides Namibia and other African nations have made against HIV would not have been possible without PEPFAR.

"PEPFAR, which is basically U.S. taxpayers' money, has made a huge difference," he says. "It's been a matter of life and death actually in many, many African countries."

Another paper released today at the AIDS conference looks at whether PEPFAR spending in Kenya reduced the transmission of HIV from pregnant mothers to their babies and led to a drop in infant mortality.

Donna Spiegelman, a professor of biostatistics at the Yale School of Public Health, is one of the co-authors of the Kenya report. She looked at areas of Kenya where nearly a quarter of a billion dollars in PEPFAR funds were spent over the course of a decade. The funds paid for a wide range of HIV and AIDS programs, from testing to treatment to prevention campaigns.

"It is a major investment of the U.S. government," Spiegelman says. "It's important to be sure that the dollars we're spending across a range of public health programs are being spent wisely and are getting the results that are expected."

During the time period she was looking at, from 2004 to 2014, infant mortality went down nationwide in Kenya. But Spiegelman (who was at that point working at the T.H. Chan School of Public Health at Harvard) and her team found that in the 25 percent of provinces with the most PEPFAR funding, infant mortality was 30 percent lower than the provinces that got the least amount of money from PEPFAR. Not only were deaths prevented, tens of thousands of babies were born free of HIV even though their mothers were carrying the virus.

"So we're happy to contribute to showing that in this particular case it seems as if the investment was well worth it," she says.

The Trump administration has been lobbying to cut nearly a billion dollars out of PEPFAR's $4.5 billion-a-year budget. The administration says it wants to streamline the program. Rather than fund HIV/AIDS programs in dozens of countries around the world, it wants to focus primarily on 13 countries that are close to getting the disease under control. So far, however, Congress has resisted those proposed budgetary cuts.