Accessibility links
Why Senegal Is Experimenting With 'Uber For Poop' : Goats and Soda To get your septic tank emptied, there were two options: hire someone to shovel it onto the street — or pay a high price to the cartel of "toilet suckers." 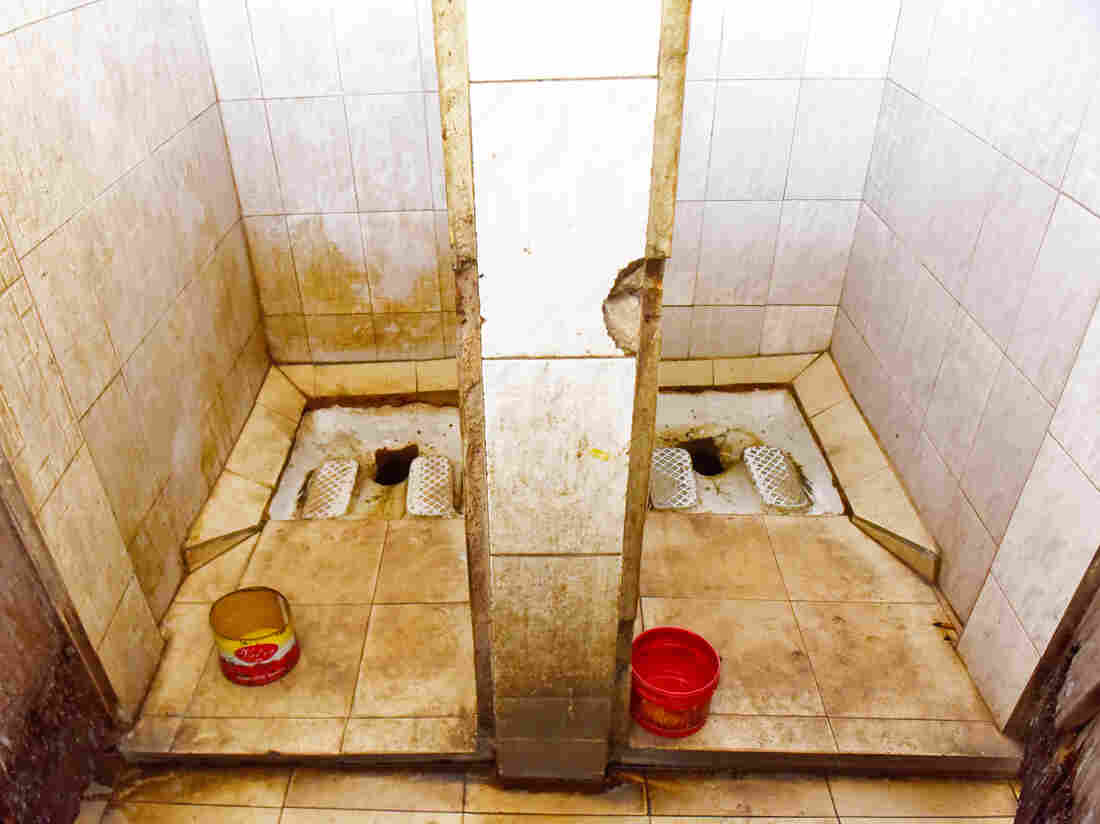 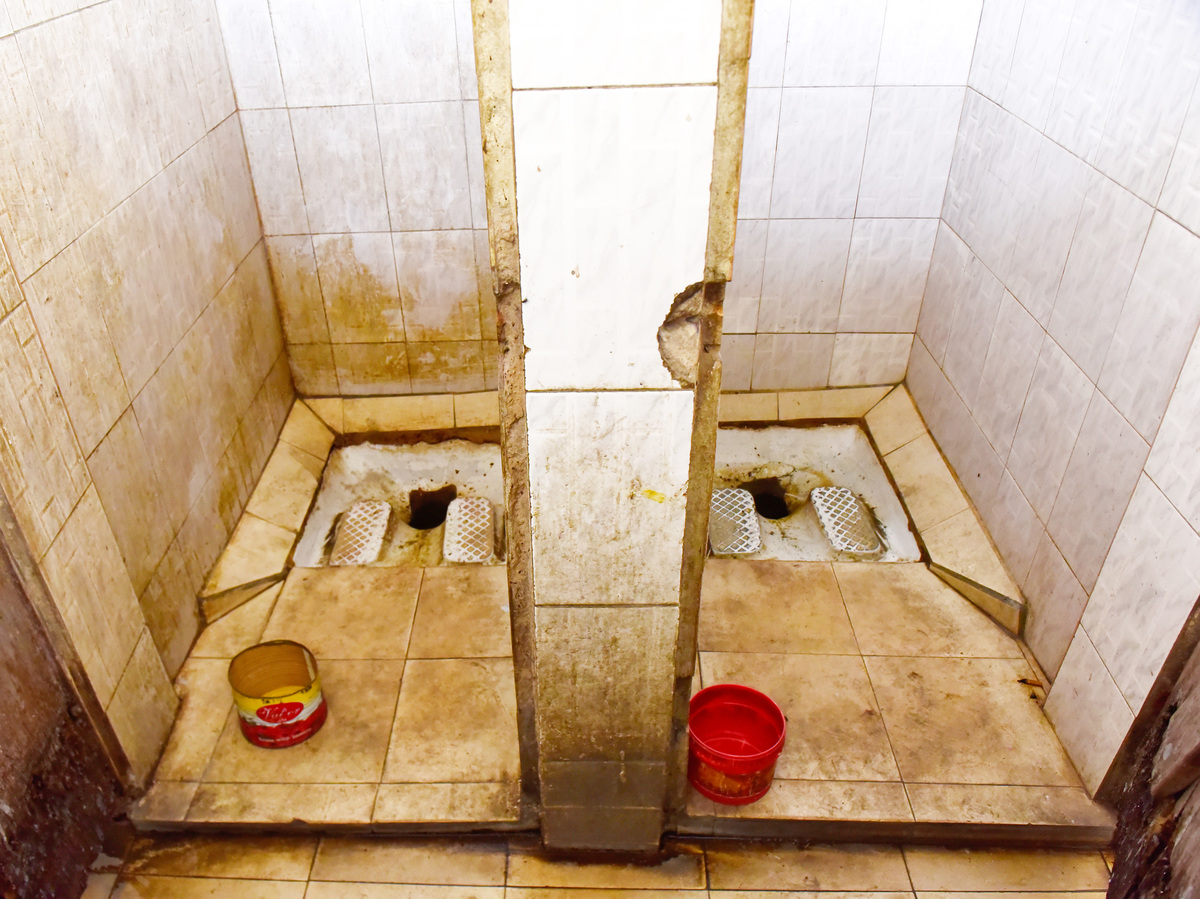 In Dakar, Senegal, people can't just flush their poop away. As is the case in many places in the world, it is pretty common for toilets to flush into a septic tank that needs to be emptied every so often.

And there are two ways to do it: the "cheap guy" — or the cartel that deals exclusively with raw sewage.

An example of the "cheap guy" is a man who calls himself Djiby. He says he is a baay pelle, which means "the father of the shovel." Father Shovel scoops out the septic tank with his shovel and bucket, and then he empties the bucket into a hole in the street.

Obviously, this process is not healthy. It makes people sick.

"It can cause some diseases, young kids playing on the ground ... this can cause lots of diseases for young children and for the us," Djiby says.

There is a better option. A giant vacuum truck — called a "toilet sucker" — can come to your house, remove the waste and take the sewage to a treatment center.

That's where the cartel comes in.

The laws of economics generally work smoothly — but not when it comes to cartels. Cartels happen when businesses get together and fix prices. Think OPEC for oil.

Cartels hurt competition and drive up prices. And that's generally bad for consumers.

If you want to hire a toilet sucker, you have to go to a parking lot behind Dakar's national football stadium, where all the drivers are just hanging out next to their idle trucks. When one of them gives you a price, you cannot walk around and try and get a better deal from the others.

Even though they're separate businesses, they have decided as an association not to compete and, instead, to keep prices high — usually $40-$60 a pop depending on the size of the tank — twice as high as paying Father Shovel to dig out the tank. For many people in Dakar, $50 can be a month's wages.

And, so, people often opt for the sewage-in-the-street option — just to save money.

The government of Senegal decided something had to change — so officials called in an economist.

Molly Lipscomb, an associate professor at the University of Virginia, brought in a team of researchers from the group Innovations for Poverty Action — a non-profit that helps solve problems in poor countries.

She knew that they had to find a way to get the truckers to start trying to beat each other on price. They do all have cellphones, she says, and so she wondered whether she could set up a system where people could order one of the trucks by text message.

Her idea turned into what some are calling "Uber for Poop."

"Uber is a very well-functioning market, and I think they've done great things for transportation," she says. "So if this is Uber for Poop, that's great."

The team set up a call center to run a sort of auction. If you lived in Dakar and your septic tank needed emptying, you could call a phone number and the job offer would be texted to a dozen different drivers. You could see who would offer to do it for the least amount of money.

Ads ran to let potential customers know about the service. The word spread to the truckers.

"Imagine all the people who are sitting at home with their pits overflowing," Lipscomb says they told the truckers. "These are people who aren't going to come [to the parking lot] ... these are potential clients."

One of the researchers, Josh Deutschmann, said that at first the truckers would send back these outrageous prices.

"But then they would start seeing, OK, this is the price that wins in this neighborhood; maybe I can undercut that a little bit next time," Deutschmann says. "And just watching ... the real-time process of competition unfolding over the space of weeks and months was really, really exciting."

The truckers were making less money on each job, but they were getting more work. More people in Dakar were choosing a cleaner option.

Lipscomb ran the numbers. She says that, so far, prices for toilet suckers have come down an average of 7 percent — with the drop varying from neighborhood to neighborhood.

Trucker Cheikh Gueye says he wasn't happy about losing the high prices, but still, he sent in his bids.

"Even though we used to be united — but now it's a competition. And you need to work hard in order to get something in your business," he says.

The experimental call center is now being taken over by a private company. The goal is to expand it to all of Dakar in an effort to undercut the cartel.