Accessibility links
Could Solar Panels Help Stop The Expansion Of The Sahara Desert? : Goats and Soda It involves a super solar farm the size of the United States. 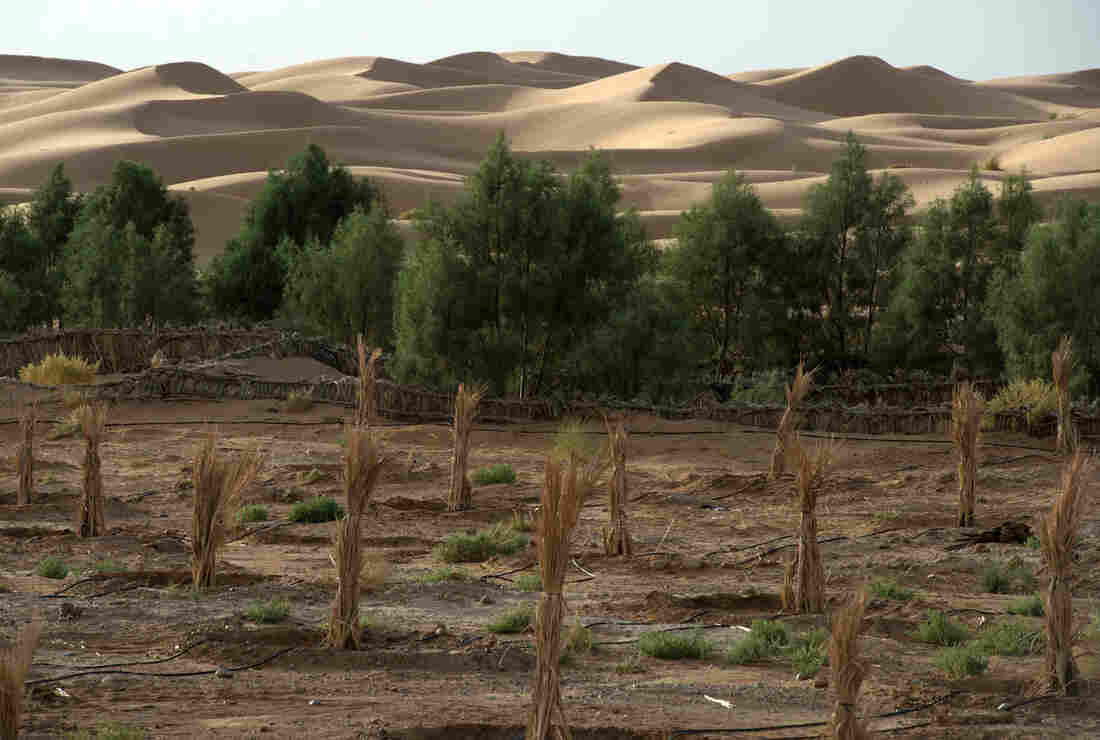 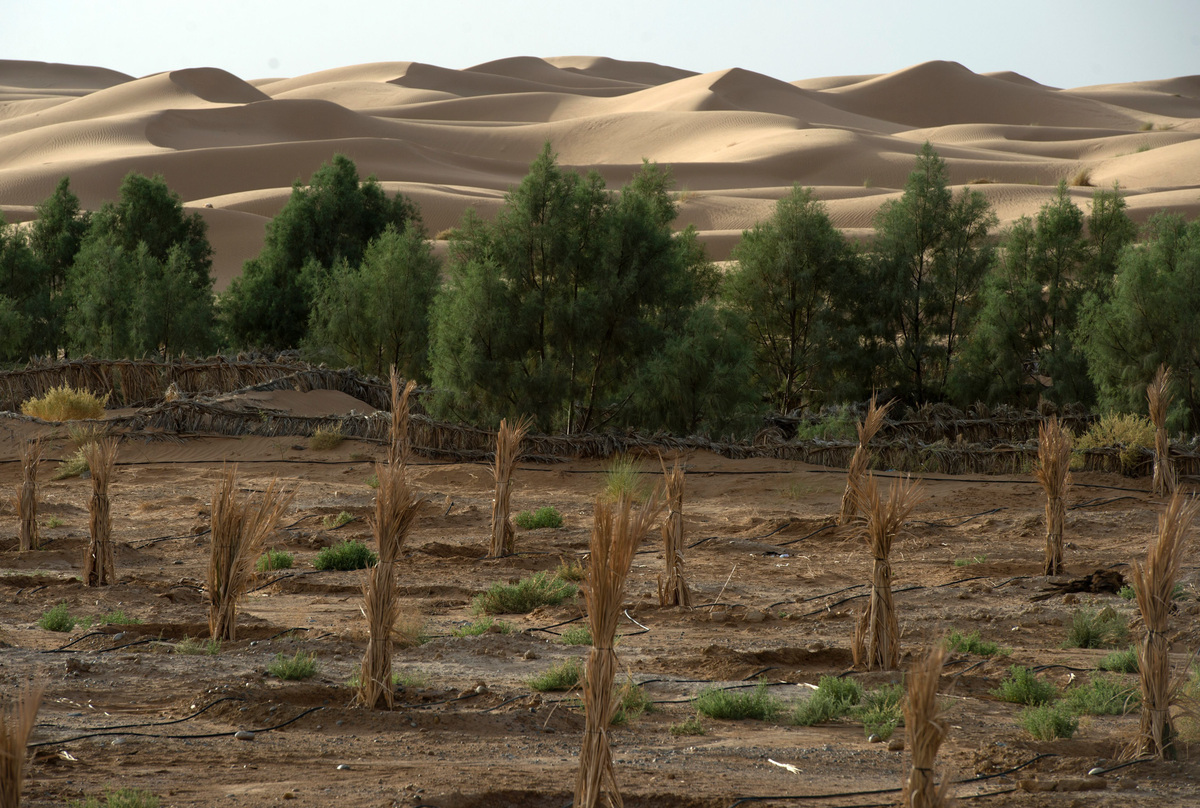 The Sahara desert creeps up on a palm field.

The Sahara desert is expanding, and has been for at least a century. It's a phenomenon that seems impossible to stop.

But it hasn't stopped at least one group of scientists from dreaming of a way to do it. And their proposed solution, a grand scheme that involves covering vast areas of desert with solar panels and windmills, just got published in the prestigious journal Science.

Eugenia Kalnay, a prominent atmospheric scientist at the University of Maryland, has been thinking about this idea for a decade. Kalnay is small in stature, soft-spoken. But she's made her name with big and bold ideas. And what could be bigger and bolder than reversing the course of the world's biggest desert?

The Refugees The World Barely Pays Attention To

Her academic adviser at MIT, Jule Charney, was among the first to describe the vicious cycle that can lead to desertification. With drought, green vegetation disappears, and the light-colored dirt that remains reflects more of the sun. This cools the land surface, which in turn means that there's less heat driving air upward into higher and cooler levels of the atmosphere – the process that normally produces precipitation. So there's less rain, killing even more vegetation.

Kalnay wondered if there might be a way to revive those atmospheric currents. "It occurred to me that the same [cycle] would go in the opposite way, so it would increase precipitation, and vegetation, and then more precipitation," she says.

And then she thought of solar panels. They're dark, so they don't reflect the sun's light. Could they heat up the surface and revive those rain-bringing air currents?

Kalnay convinced one of her post-doc researchers to create a computer simulation of an otherworldly Sahara where 20 percent of the land is covered with solar panels. The computer model also turned the desert into a giant wind farm, covered with turbines. Kalnay thought they might also help boost those beneficial air currents.

And the simulation turned out just the way she'd hoped. It showed rainfall increasing by enough to bring back vegetation. The model showed the biggest increases in rainfall along the southern edge of the Sahara, the area called the Sahel.

"It is wonderful!" she says, and her eyes go wide with an infectious joy. "We were so happy because it seems like a major solution for some of the problems that we have."

The super solar farm she imagines is huge, as big as the entire United States. And it would generate four times as much electricity as the entire planet consumes right now. Kalmay talks of novel high-capacity transmission lines delivering power to Europe and the rest of Africa.

"So you could imagine it?"

After all, she's used to imagining the workings of the entire planet's atmosphere.

A few billion solar panels and windmills in the desert? No big deal.

A number of investors have explored the possibility of large solar farms in the Sahara, though nowhere near as massive as the scenario that Kalnay has simulated. Those ideas, however, remain stuck on drawing boards.