Accessibility links
Number Of Hungry People Is Going Up By Millions According To New U.N. Report : Goats and Soda A U.N. report shows that the number of people around the world who aren't getting enough to eat has been increasing by millions since 2014.

The Fight Against World Hunger Is Going In The Wrong Direction

The Fight Against World Hunger Is Going In The Wrong Direction 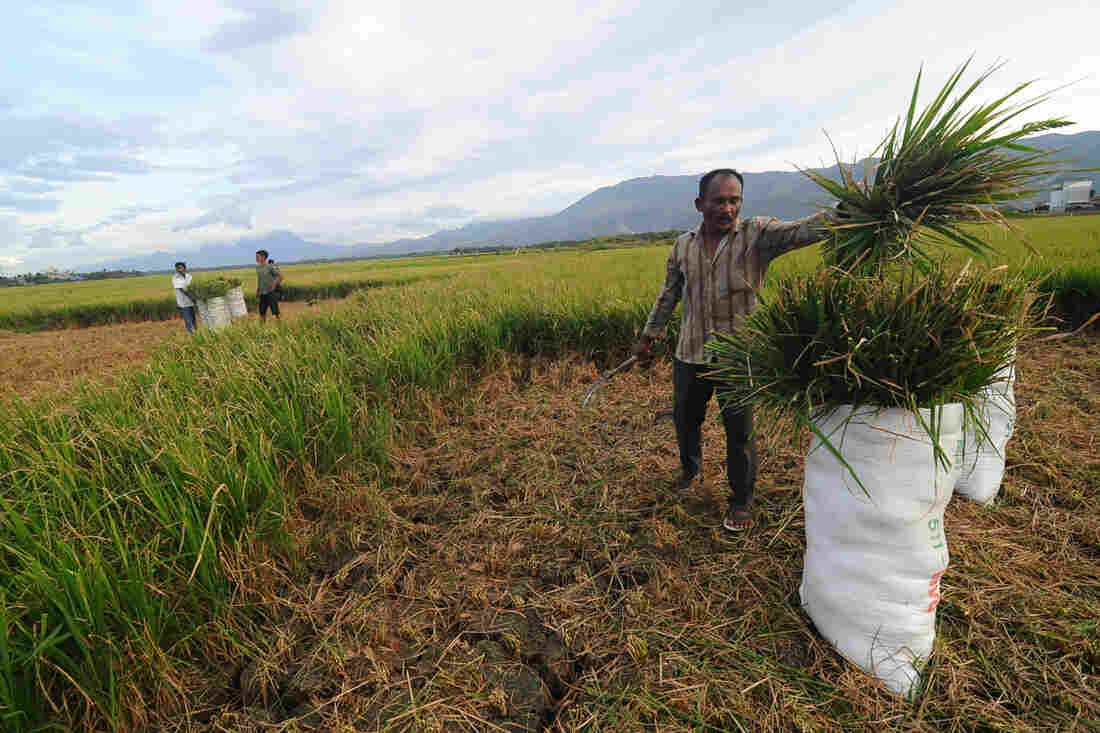 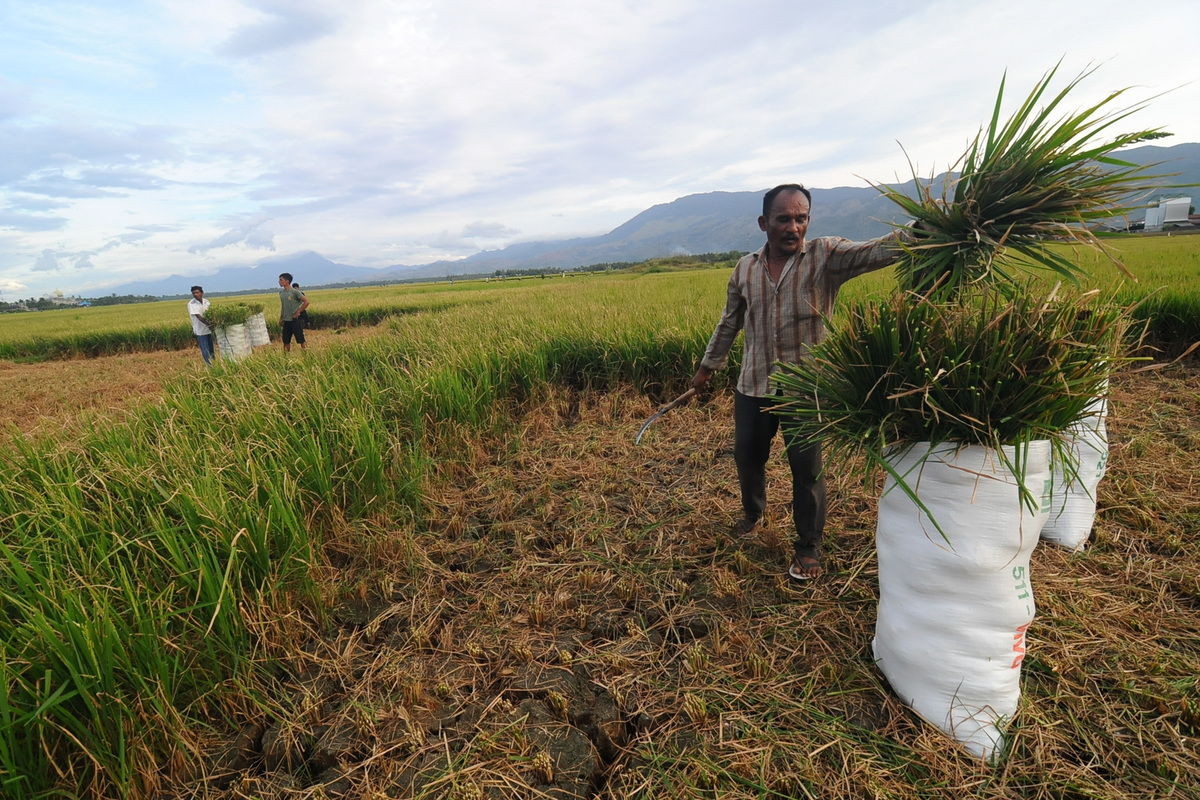 Farmers in Aceh, Indonesia, are facing crop failure because of droughts.

It's one of the most basic humanitarian goals — make sure no one goes hungry. And for decades the world has been making steady progress to ensure not only that people don't starve but that children have enough nutrients to grow and thrive.

According to a new U.N. report the number of people around the world who aren't getting enough to eat is up for the third year in a row. 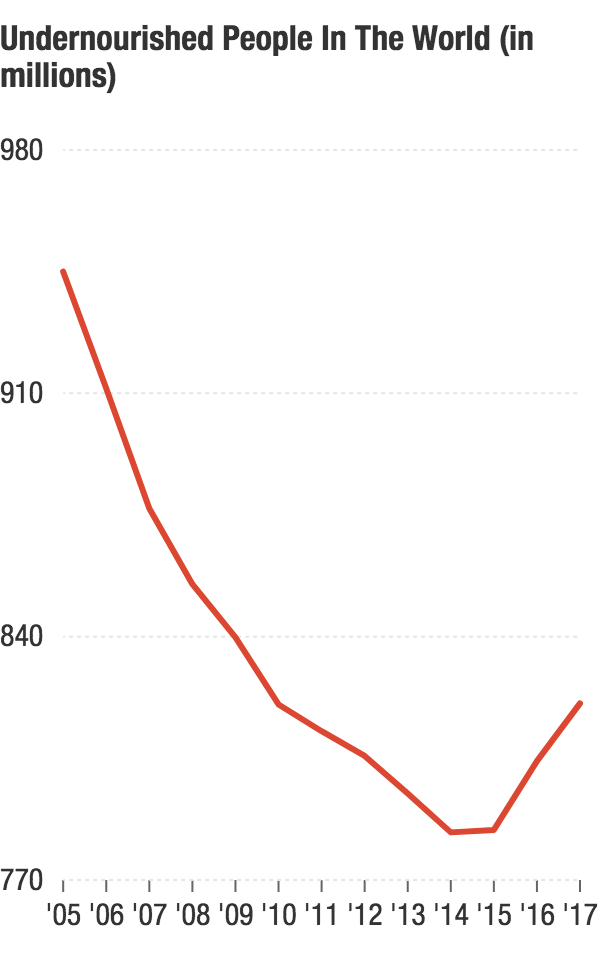 The annual "State of Food Security and Nutrition in the World" is published by a consortium of United Nation's agencies including the Food and Agriculture Organization, UNICEF and the World Food Program.

The report finds that 821 million people were undernourished last year. Some failed to get enough nutrients to maintain a normal active life; others went for days without any food. That's 6 million more undernourished people than in 2016 — and part of an upward trend that started in 2014, when the report put the total at 783.7 million.

Severe food insecurity, defined as a family running out of food and going at least a day without eating, was up in every region of the world last year except for North America and Europe.

The consequences, particularly for children, can be devastating. According to this report 151 million children under the age of 5 are stunted — small for their age — because they're not getting enough nutrients.

Of those 50.5 million are categorized as suffering from "wasting," meaning that they're severely underweight for their height. Wasting is sometimes caused by disease but usually is the result of a significant lack of food.

Here are several of the highlights from this new report: 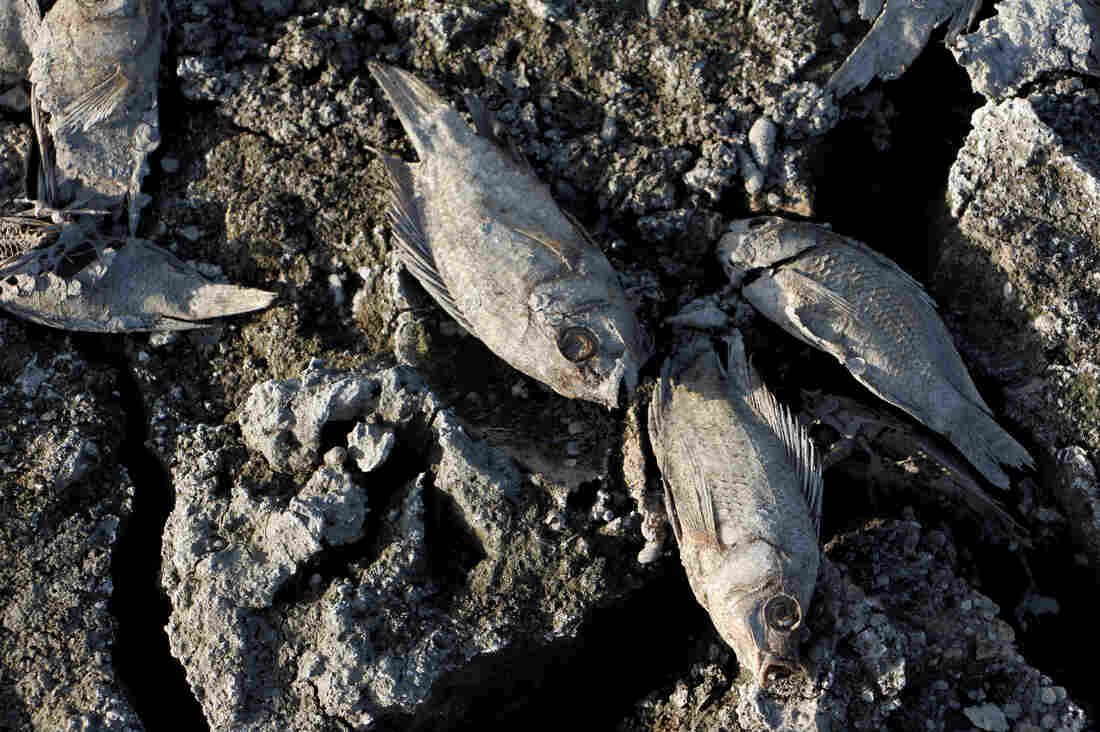 Dead fish are seen in ponds that dried up because of drought in Aceh, Indonesia, this past July. Junaidi Hanafiah/Anadolu Agency/Getty Images hide caption 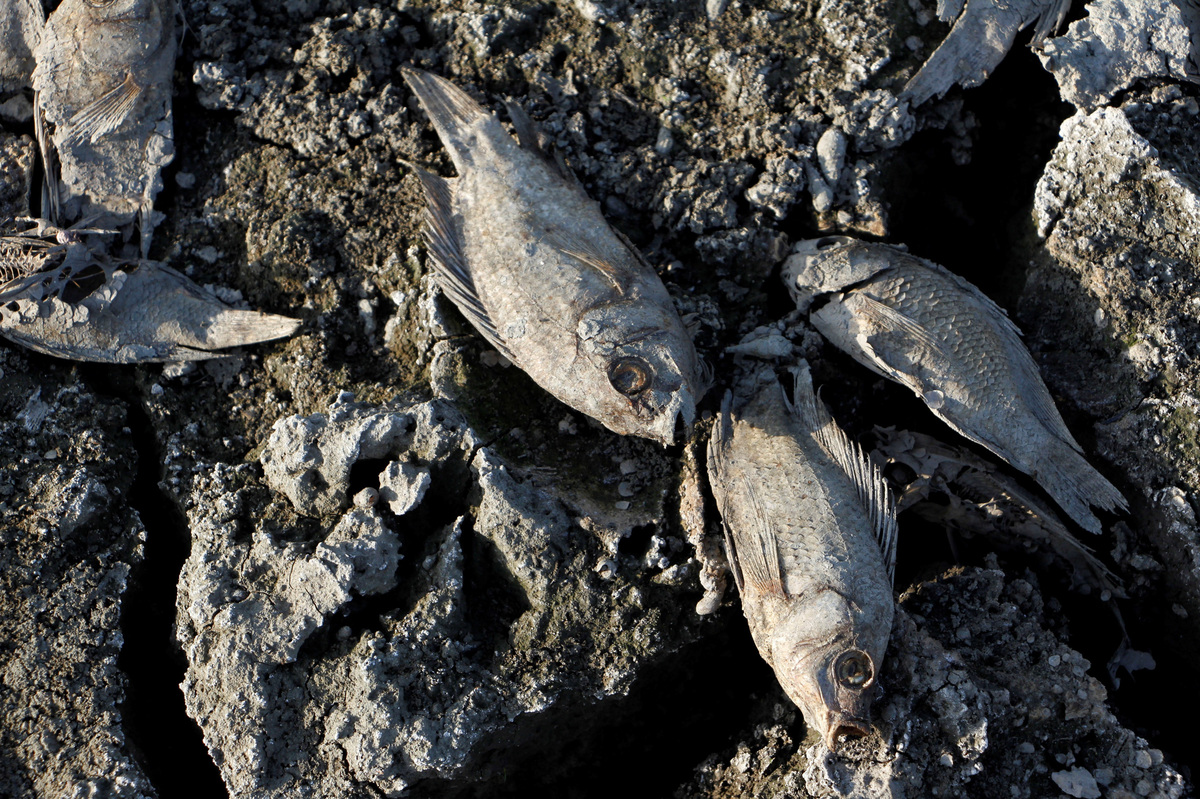 Dead fish are seen in ponds that dried up because of drought in Aceh, Indonesia, this past July.

The report directly ties food shortages to extreme weather events that take a toll on agriculture and notes that since the year 1990 the number of droughts, floods and storms worldwide has more than doubled.

It notes that countries that are hit hardest by extreme weather events have more hungry people.

Progress toward the U.N. Sustainable Development Goal #2 of "Zero Hunger" is going in reverse.

The number of undernourished people in the world has been going up since 2014. Roughly 11 percent of the world's population is now not getting enough to eat.

Some countries are dealing with both starvation and obesity at the same time.

At the same time obesity is on the rise worldwide. 13.2 percent of adults globally are now considered overweight. Adult obesity is highest in North America and continues to increase.

"Food insecurity contributes to overweight and obesity, as well as undernutrition," the report notes. "The higher cost of nutritious foods, the stress of living with food insecurity, and physiological adaptations to food restriction help explain why food-insecure families may have a higher risk of ... obesity."