Accessibility links
What The Yom Kippur Fast Means To A Man Who's Known Hunger : Goats and Soda Shadrach Mugoya Levi is the spiritual leader of a community of Uganda Jews. After a year of study in Jerusalem, he says he's more prepared than ever for the Day of Atonement. 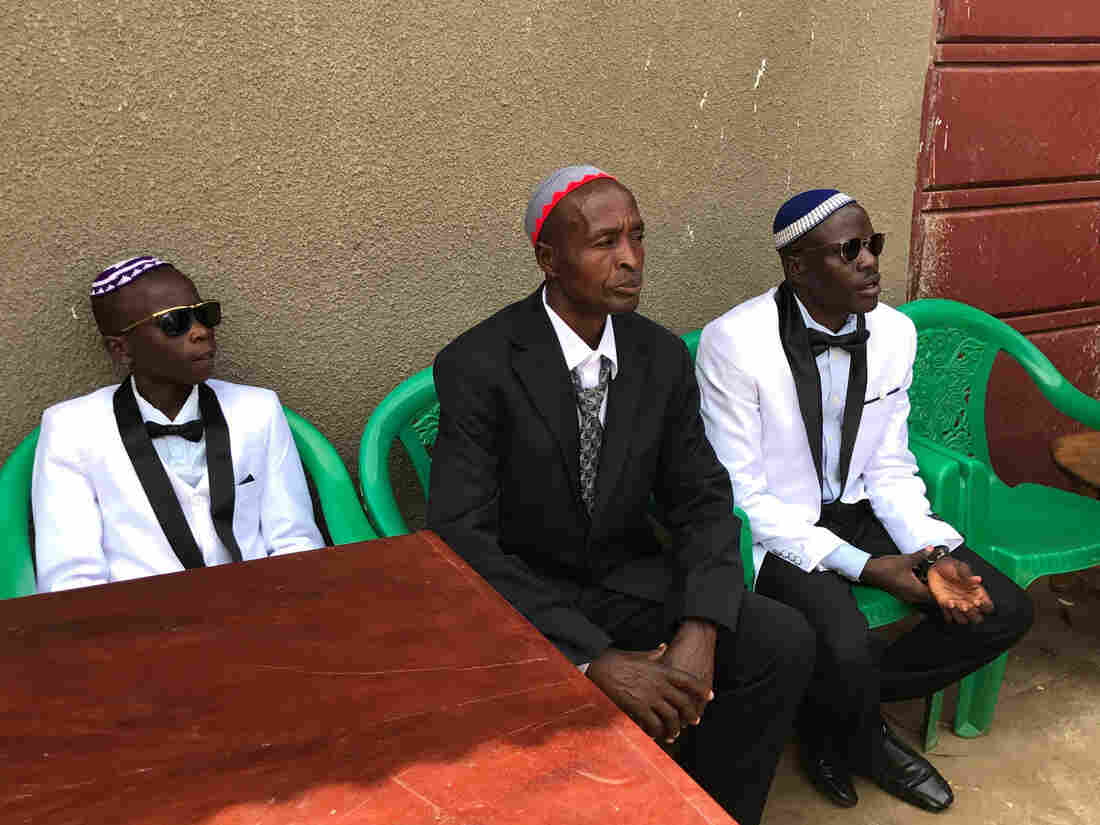 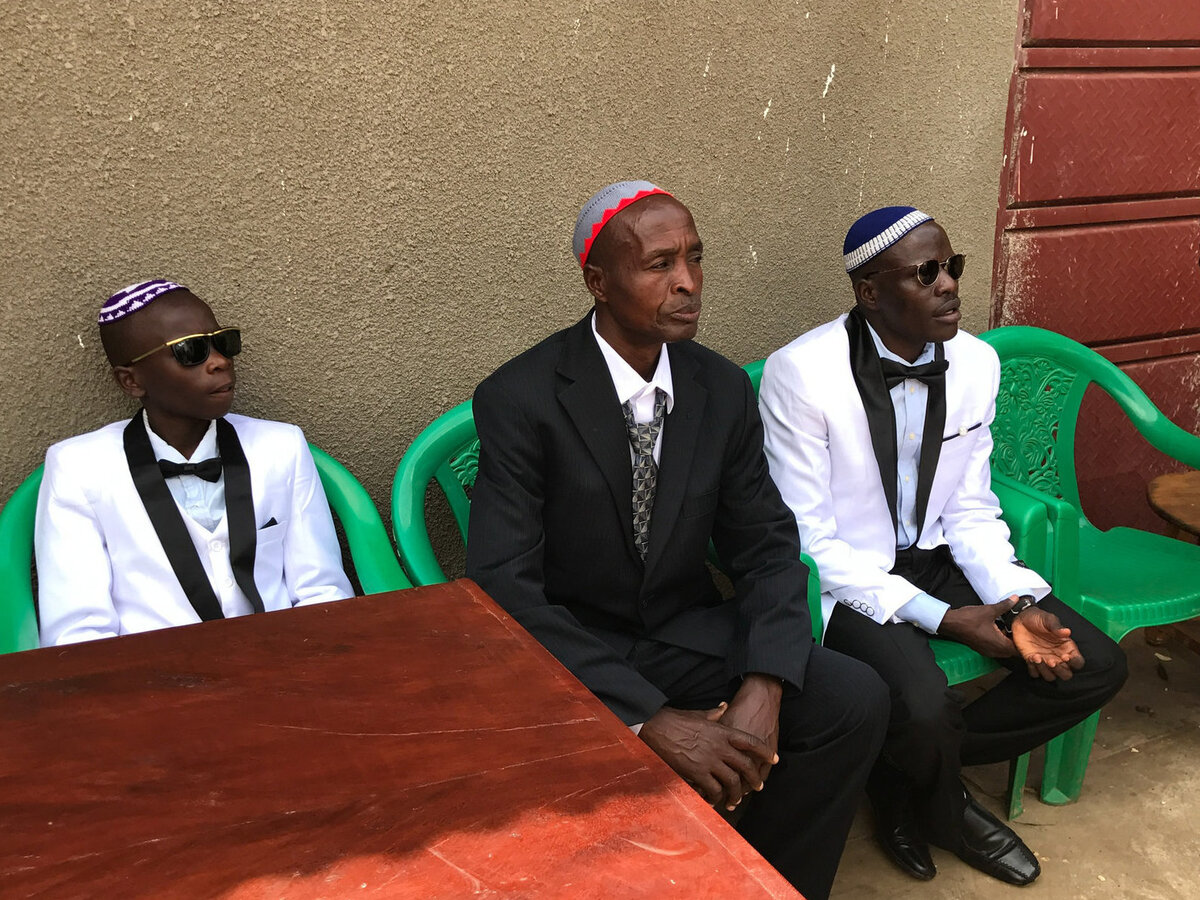 Shadrach Mugoya Levi, right, at his recent wedding in Uganda. From left: his son Oren Levi and Moshe Isiko.

Editor's note: This story was originally published in 2017 and has been republished with updates.

For Rosh Hashana, more than 350 members of Uganda's Namutumba Synagogue dressed in white, chanted their prayers and feasted on a slaughtered cow to mark the beginning of a new Jewish year last week.

"We are so happy that we entered the new year with such joy and happiness," said Namutumba's spiritual leader Shadrach Mugoya Levi by telephone from Uganda.

It hasn't always been easy for Levi or his community; in fact many years there was almost nothing eat because of drought. But this year the rains have been plentiful. There was ample food for the new year celebration and for dinner on Tuesday, before the 25-hour-long Yom Kippur fast that begins at sundown.

That's not always been the case. There have been many times that Levi began the fast on an empty stomach. And a day without food didn't seem that different from any other day.

Levi, the 28-year-old spiritual leader of the synagogue, had a tough childhood. Orphaned at age 7, he raised three younger brothers as well as a sister who later died. Days with just one small meal, or sometimes no food at all, were routine. The nearest water well was a three-hour walk from the home of the relatives they lived with after their parents died. They harvested food by hand from small plots of maize, potatoes, rice, cassava and millet. Lack of rain meant lack of food.

But this year there will be rice, potatoes and porridge made from corn to eat before the fast — and more corn porridge when it's time to break the fast.

This Jewish high holiday season, Levi feels more prepared to lead the services than in past years. He returned home in July after a year in Israel, where he deepened his knowledge of Judaism and Hebrew. Now, he is sharing customs and prayers with his community, including the daily confessional prayers said leading up to Yom Kippur, the day of atonement.

The community is quite isolated from most of the Jewish world, Levi said. It is one of several in Uganda established nearly a century ago when thousands of citizens followed in the footsteps of a military general, Semei Kakungulu, who as a young boy was converted to Christianity by a missionary and who then was inspired to take on Jewish customs after reading about Moses in the Bible.

Uganda's Jews are known as Abayudaya, meaning "people of Judah" in the local Luganda language. Levi grew up observing the Sabbath — no electricity and no driving, for example — although he admits it was easy to comply with those traditions in a village without power or cars. Eventually he studied Hebrew and Jewish texts under the country's chief rabbi, Gershom Sizomu, who had been ordained by the American Jewish University in Los Angeles. 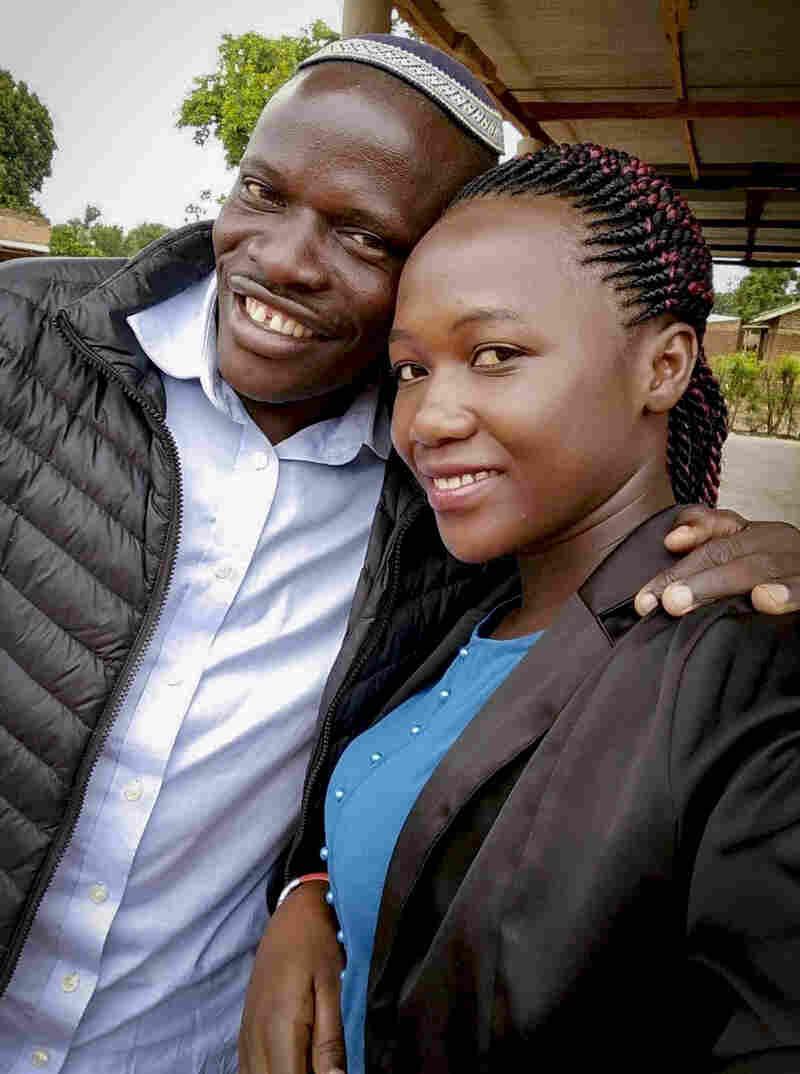 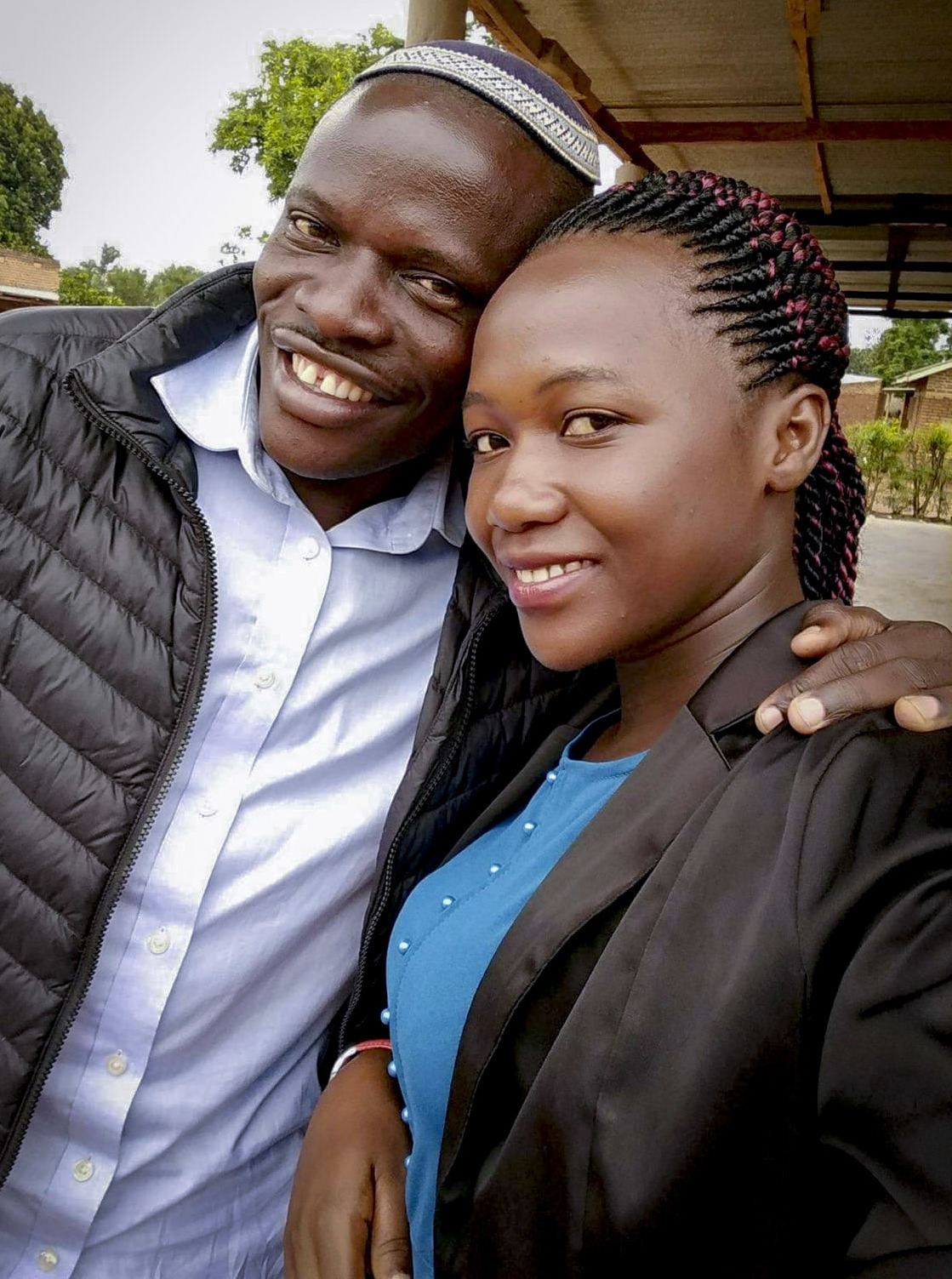 As for Levi personally, this year is also much different than last because he will spend the holiday with his wife and sons, who were not granted visas to join him in Israel last year except for a short visit. Israel does not fully recognize the Abayudaya communities as Jewish.

"It's so good to have them back, and them to have me back," he said. He has described his time in Israel as a sacrifice he made in order to learn more to help his community back in Uganda.

And even though fasting can be difficult, he is looking forward to the ritual: "Fasting gives me an opportunity for empathy," he said. "And when I think of others and their problems, I really want to help."

Sara Toth Stub is a Jerusalem-based journalist. You can follow her work @saratothstub.