Accessibility links
Tuberculosis Survivor Speaks At First Ever High Level U.N. Meeting On TB : Goats and Soda Nandita Venkatesan of Mumbai, India, has survived two rounds of tuberculosis though one treatment caused her to go deaf. She now advocates for other TB patients and survivors.

Life After TB: She Is Deaf, She Still Dances, She Addressed The U.N. Today

Life After TB: She Is Deaf, She Still Dances, She Addressed The U.N. Today 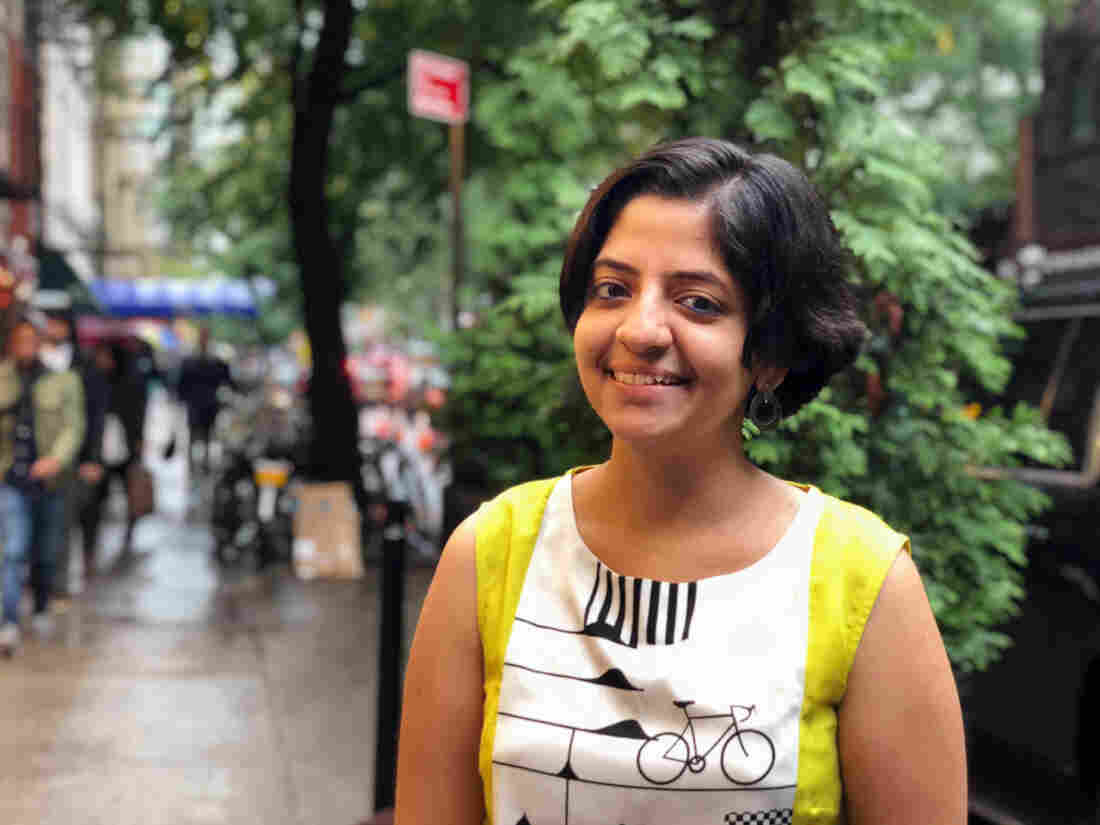 Nandita Venkatesan, a TB survivor, spoke at the U.N.'s first high-level meeting on tuberculosis. "It's humbling," she says. "Not long ago I was just a girl lying in bed with a hopeless future." Selamawit Bekele/RESULTS hide caption 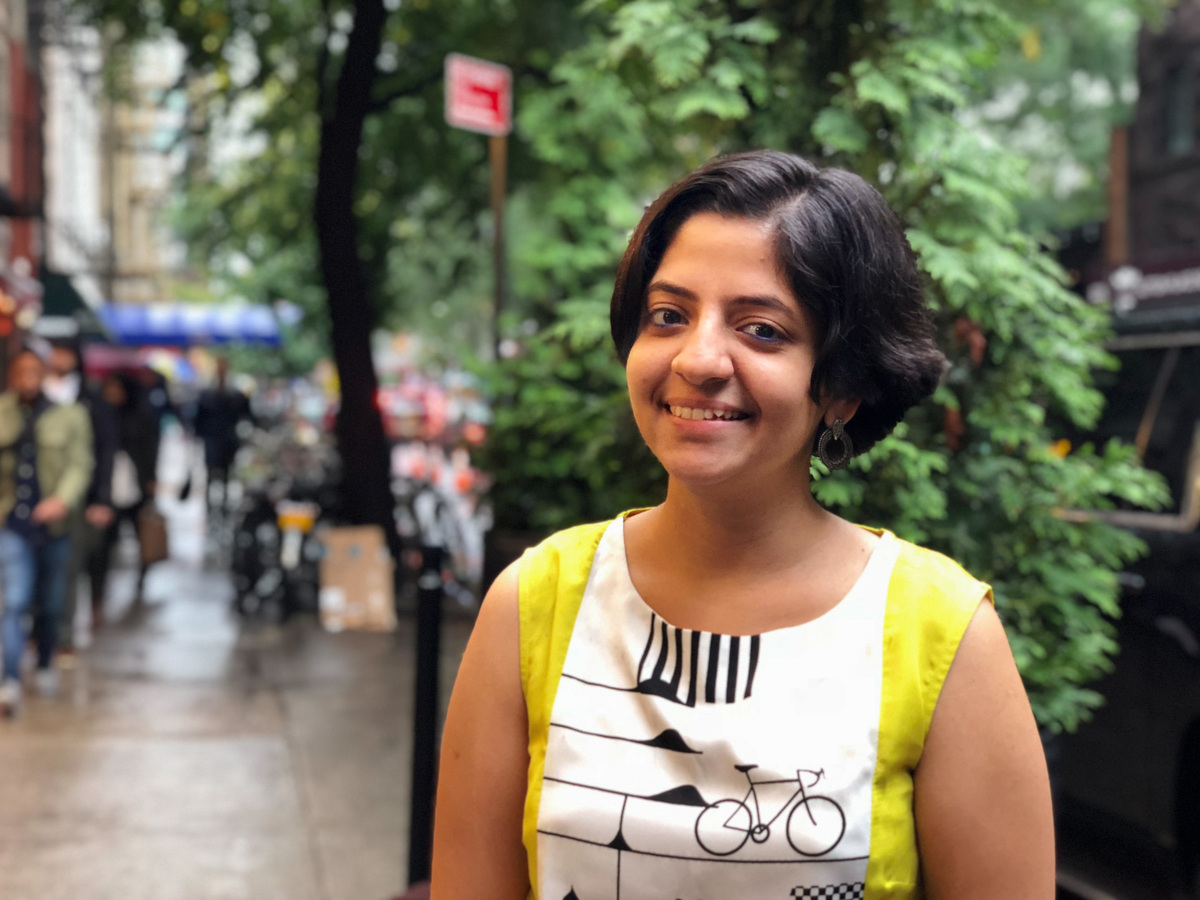 Nandita Venkatesan, a TB survivor, spoke at the U.N.'s first high-level meeting on tuberculosis. "It's humbling," she says. "Not long ago I was just a girl lying in bed with a hopeless future."

On Wednesday, as part of the United Nation's annual General Assembly in New York, world leaders are convening for the first ever high-level meeting dedicated to fighting tuberculosis, and Nandita Venkatesan got the chance to share her story as a survivor in the opening session.

"It's humbling," Venkatesan says of her inclusion in the program. "Not long ago I was just a girl lying in bed with a hopeless future. I never thought I'd get out of bed, let alone fly to New York."

Just a few days after her 24th birthday, Venkatesan woke up in her Mumbai home to silence. She couldn't hear her brother speaking to her. With no warning, she had lost her hearing.

It was 2013, and Venkatesan had just finished through treatment for her second bout of tuberculosis.

Around 25 percent of people worldwide are infected with the TB bacteria. Only about five to 10 percent of them will go on to develop the disease. Tuberculosis is the deadliest infectious disease, causing 1.6 million deaths in 2017, according to a report by the World Health Organization.

India has the largest number of TB cases in the world. About a quarter of the 10 million people in the world who are sick with TB live in India.

TB, which often is passed through the air when an infected person coughs or sneezes, usually affects the lungs but can also occur in other parts of the body. For Venkatesan, the TB affected her intestines, causing stomach pain.

After her first diagnosis in 2007, when she was a first year university student, Venkatesan took 10 to 15 pills each day for over a year. The side effects of the medications and the stigma associated with the disease affected her ability to lead a normal college life and caused her great mental strife. But after the treatment, she was told that was the end.

Why Is The News About TB So Bad?

When the familiar stomach pains returned a few years later, Venkatesan was disheartened.

"I never expected I would get it again. I had just started my life over," Venkatesan says. "I had clear assurance [from her doctors] that I would never get it again, so it was a shock."

The return of the infection required intensive treatment, including surgeries to remove the infected parts of her intestine and a series of drug injections. The injections cured her TB but, as can happen with these drugs, left her unable to hear.

At the U.N. meeting, Venkatesan, now a 28-year-old business journalist for Mumbai's Economic Times, spoke about the many ways in which TB has affected her life since she was declared TB-free in 2013.

"It's not been very long. It's not a distilled memory for me – it's recent," says Venkatesan, who hopes to use her platform at the U.N. meeting, called, "United to End TB: An Urgent Global Response to a Global Epidemic," to elevate the voices of people who have, or have had, TB.

It's a positive development for the U.N. to include survivors of TB in the discussion, Venkatesan says, because stigma around TB often prevents people from speaking up about living with the illness.

Venkatesan learned about stigma early on. When she first saw a doctor for her TB, the doctor told her not to tell many people about her disease. "Your friends might stay away from you," Venkatesan remembers her doctor saying, even though the type of TB she had was non-contagious. From the doctor's perspective, she says, TB was something to be ashamed of. But she remembers thinking, "Why should I keep quiet? It's not my fault."

When Venkatesan was first diagnosed, she didn't think she knew anyone else with TB. As she began speaking about her experience, she learned that even some of her family members had had it.

As a young woman dealing with the disease largely on her own, she was lacking a mentor to tell her how to get through. She lost weight and some of her hair due to the medications, and her hope dwindled, too. Her parents were supportive, she says, but they didn't have any more knowledge about TB than she did.

For Venkatesan turning to dance helped her regain her independence.

She began performing classical Indian dance when she was 7 but stopped while she was going through her treatments. When she lost her hearing, Venkatesan wondered if she could return to this beloved pastime. While she could no longer hear music, she memorized beats and used the floor vibrations to sync with the other dancers.

"My first performance after losing my hearing was a big boost in confidence," says Venkatesan, who remembers thinking. "I'm capable of doing things." Her return to dance came at a critical time as she had been battling depression. Not many people are aware of the mental health effects that result from battling TB, Venkatesan says.

Venkatesan's loneliness prompted her to offer support and guidance to other young people with TB. She tells those with the disease, "You will see better days." And she says they feel better knowing there's someone else out there like them.

And, she says, it's time global leaders start engaging with people who have actually felt the pain, which is why she sees her invitation to present at the U.N. as promising.

"There are lives like mine that are at stake," Venkatesan says. At the U.N. she concluded her remarks by saying: "Esteemed leaders, I can't hear you today, but I'll make sure you hear me — loud and clear."