Accessibility links
When Is It OK To Wear Another Culture's Clothing? : Goats and Soda The line between appreciation and appropriation can be hard to pinpoint. Experts weigh in on the writer's dilemma: Should her husband have worn a Filipino barong to a family party?

When Is It OK To Wear The Clothing Of Another Culture?

When Is It OK To Wear The Clothing Of Another Culture? 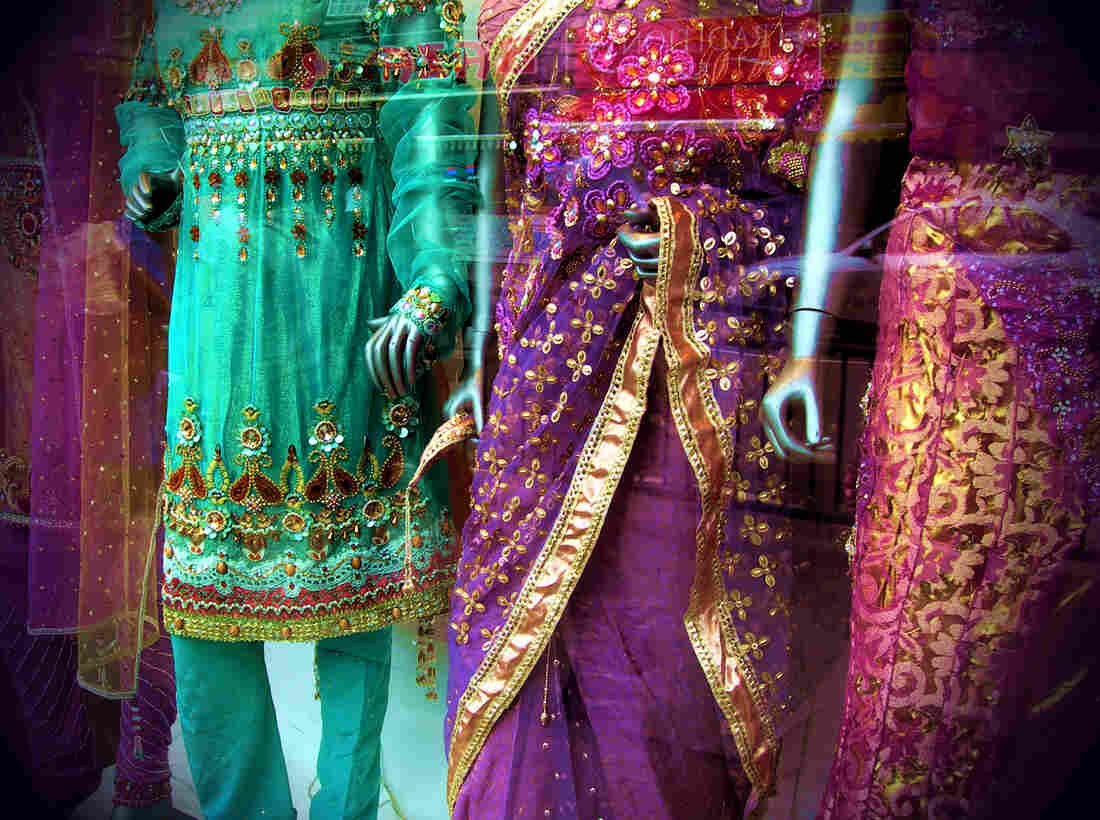 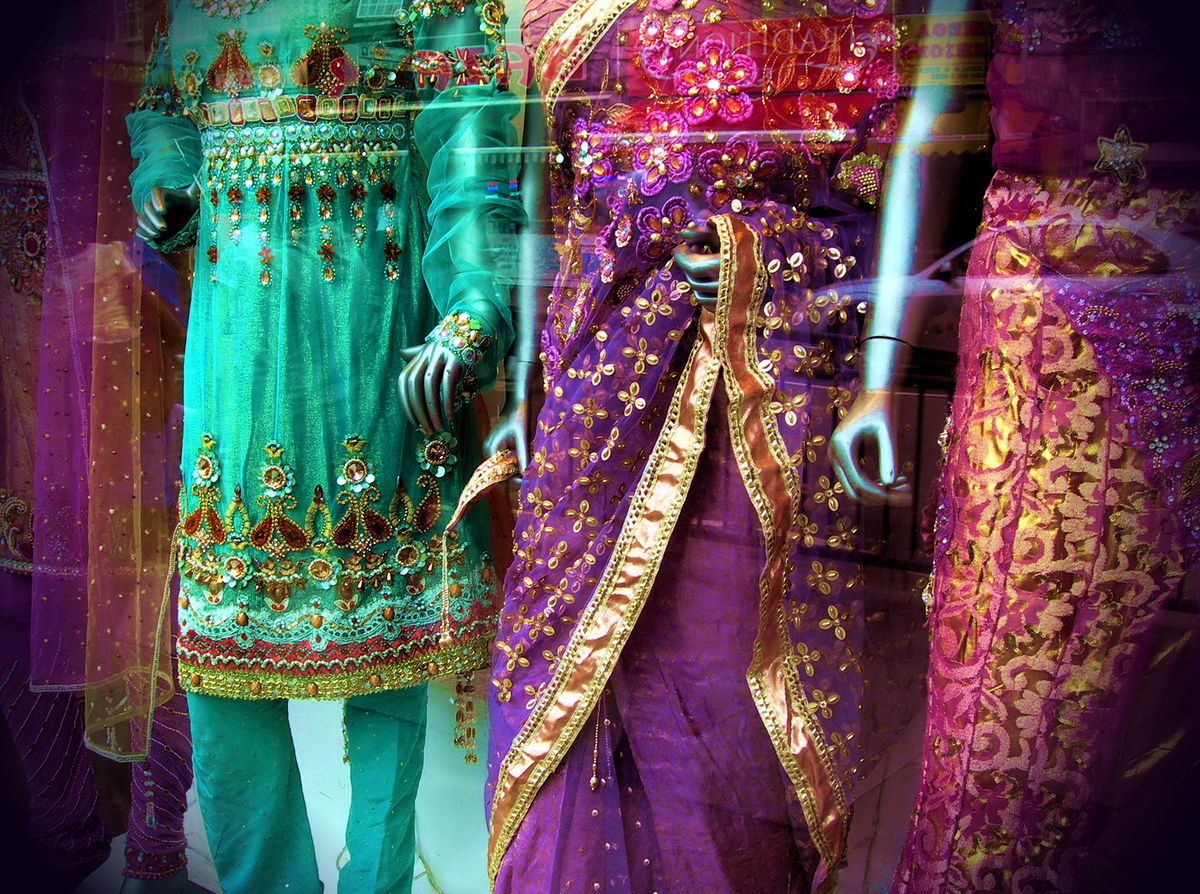 Saris in a shop window in London.

For my grandpa's 90th birthday, our family threw him a barrio fiesta-themed bash.

We decorated the backyard with colorful bunting so it would look like the neighborhood parties that Tatay grew up with in his home country of the Philippines. We ordered a big lechon, a roasted pig. And the guests were asked to wear filipiniana, traditional Filipino costume.

While I was jazzed to don a bright orange and yellow patadyong -- a sarong-like skirt and wrap -- my white, 30-something husband Darren, from Nashville, Tenn., felt nervous in his barong, an embroidered shirt woven from pineapple leaf fibers. My aunt had told all the guests to dress in traditional clothes.

"I feel like this is cultural appropriation," he said, tugging at the collar and looking around nervously. "I honestly feel uncomfortable." 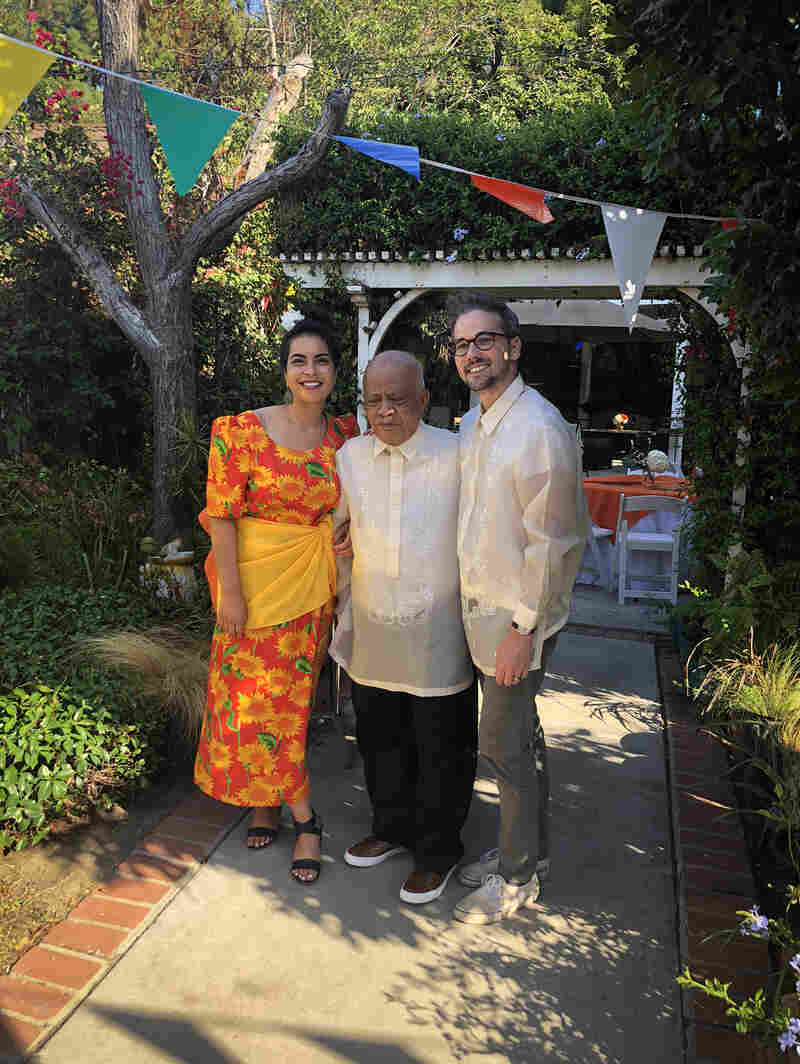 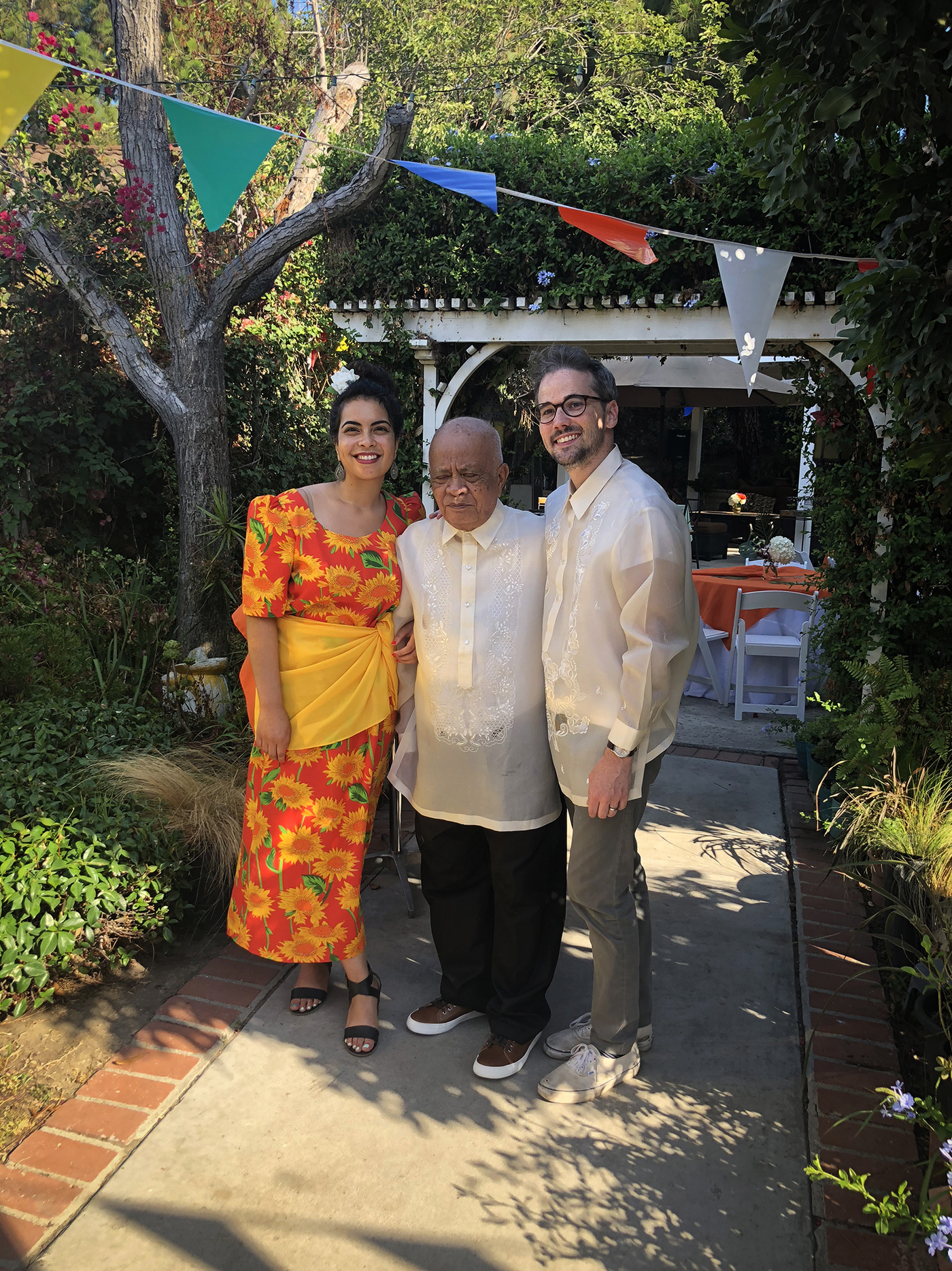 I could understand Darren's trepidation. Just over this past year, a number of prominent people have gotten into hot water for donning the dress of other cultures. In February, Canadian Prime Minister Justin Trudeau and his family were criticized for wearing over-the-top Indian attire on his state visit to India. "We Indians don't dress like this every day ... not even in Bollywood," wrote one person on Twitter.

In August, Madonna sported a mishmash of accessories from the Amazigh tribe in North Africa while performing at the VMAs. Some found her jewelry "insulting," although Addi Ouadderrou, a Moroccan Amazigh, told NPR that her getup didn't bother him. "If someone comes to Morocco and wants to wear our clothes, to me, that's an honor; that's not an insult," he said.

But wearing a barong to Tatay's birthday party — this, I felt, was not appropriation. It filled me with pride to see my white husband in the clothing of my heritage. I know my family was excited, too. My uncle lent his shirt, which he had dry-cleaned and pressed before giving to Darren. My cousins wanted to take selfies with him.

I reassured him that he was expressing support and a sense of unity with my Filipino family. And we were wearing these outfits as an act of kindness to Tatay. He is losing his memory — but barong and patadyong and lechon, these are some of the things that remain in his mind.

Still, I wasn't sure who was right. Was Darren appreciating? Or appropriating? I turned to the experts for advice.

Erich Hatala Matthes, an assistant professor of philosophy at Wellesley College who studies the ethics of cultural heritage, told me that there's no clear definition of cultural appropriation: "It's a really messy thing."

Listening to my story, he says it was OK that Darren wore a barong to my family party. "He's been invited by you and your family. He has a good reason to do it. It's an act of cultural solidarity," he says.

But there are times when it's not OK, says Matthes: If you are wearing the clothing of another culture to intentionally offend or make fun of the group or to assert power over them (for example, if Darren was wearing the barong to make a point that America once occupied the Philippines — yikes!). And the folks I interviewed urge caution when it comes to dressing up in the garb of another ethnic group for Halloween.

"If you're [not] wearing it as part of a cultural exploration or education, you should be hesitant," Matthes says.

Each culture gets to give permission to share a cultural tradition — or not, says C. Thi Nguyen, an associate professor of philosophy at Utah Valley University. He is the co-author of a paper titled Cultural Appropriation and the Intimacy of Groups.

That's because not all groups within a culture have the same views, he says. In May, a white high school student in Utah ignited furor for wearing a Chinese-style dress to prom because she liked its look. In a viral tweet, one person on Twitter wrote, "my culture is NOT" ... your prom dress. Another wrote, "I am a Chinese woman. I support you!"

The student, Keziah Daum, told ABC News that the backlash was unexpected. "My intention was never to cause any commotion or misunderstanding," she said.

If you want to wear a cultural outfit to an event, say a qipao to a party hosted by Chinese friends, or a sari to a South Asian wedding, but you are not a member of either of these groups, what should you do?

"Listen to the cultures involved," says Nguyen. "Ask the most relevant representatives of the culture, in this case the family, whether they want you to participate."

And it's not up to outsiders to decide. "It imposes your singular view from the outside without consulting that particular cultural group" — and it can come off as dismissive and presumptive. You're basically deciding on behalf of a group that you're not part of, says Nguyen.

Lastly, be aware that donning a culture's dress comes with great responsibility, says Mayra Monroy, an adjunct professor at Baylor University and the author of a paper called An Analysis of Cultural Appropriation in Fashion and Popular Media. Don't just wear something "because it looks nice," she says.

Let's say you've been gifted a piece of jewelry from Afghanistan or bought a traditional embroidered shirt from Mexico and are wondering whether to wear it. Find out what that clothing, design, print or jewelry symbolizes within the culture and what it might mean for an outsider to wear it, says Monroy.

The conversations I had with the researchers hit a big point home for me: What we choose to wear has real power.

Seeing Darren in that barong, standing next to my Tatay in his, showed me that he was making an effort to understand and connect with my family.

And that, to me, was a beautiful thing.